How to Uncover Exceptional Talent

Three ways business owners can spot the rare find when making that next important hire. Hint: Take the contrarian path. 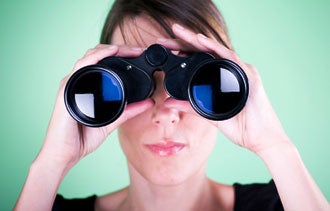 When hiring talent, many companies generally search for candidates with narrow, time-tested backgrounds. Hunting strictly in those familiar zones doesn't ﬁnd everybody, however. When selectors apply such rules too tightly, lots of fascinating candidates on the fringe get overlooked. There's no mechanism for considering the 100-to-1 long shot, let alone the 1,000-to-1 candidate. On a one at-a-time basis, it's easy to say that such candidates aren't worth the time it would take to assess them. Yet ignoring all of these outsiders can mean squandering access to a vast amount of talent.

Alert organizations are ﬁnding clever ways to widen their net without wrecking the careful checks and balances involved in a conventional hiring system. Often the pioneering work can be done by a few explorers who approach the hunt for talent in a radically different manner.

The key techniques are as follows:

Break down barriers that restrict where you look. The talent universe is full of overlooked people, shunned for reasons of geography, status, or background. Sometimes all that's required is a willingness to consider Kansas when everyone is fussing over the same limited pool of candidates on the Eastern Seaboard. It may feel safer to stick with the pack. But scouting the same way everyone else does amounts to paying a huge "conformity tax."

When you're exploring, ask: "What can go right?" Most conventional assessment is all about ﬁnding candidates' ﬂaws. That's appropriate in the ﬁnal stages of selection, when top-tier candidates have already established their allure. But the outer fringes of talent work differently. Great discoveries happen only if assessors are willing to suspend their skepticism at ﬁrst, so that the underdogs get a chance to show a spark of promise.

Figure out how to take tiny chances--so you can take more of them. When it's expensive to consider candidates who might not work out, the long tail of talent becomes off limits. In many ﬁelds, success is still so mysterious that everyone relies on hunches and patience. But the most successful talent spotters steal an edge anyway.

Some of the most intriguing experiments in this direction are taking place in downtown San Francisco, at the advertising agency of Goodby, Silverstein & Partners. Yet Goodby's director of talent, Zach Canﬁeld, spends barely half his time reviewing mainstream applications from mainstream candidates. The core of his job involves hunting for smart, high-intensity people who never knew they wanted to work in advertising until Canfield contacted them.

For a while, Canﬁeld scouted the world of stand-up comics. As he later explained, they are marvelous storytellers. They hone their material relentlessly, so that it connects with an audience. And they are keenly aware of audiences' short attention span, in ways that others often overlook. Canﬁeld came back from that quest with several standout hires, including one ex-comedian, Andrew Bancroft, who became of one of Goodby's top creative talents on the "Got Milk," Häagen-Dazs, and Chevrolet accounts.

Emboldened by that success, Canﬁeld started talking to lawyers, police detectives, private investigators, and college debate champions. Nobody else regards those professions as feeder systems for ad agencies. But Canﬁeld saw these unlikely specialties as hotbeds of superb researchers with a deep curiosity about what other people think and believe. Three of Canﬁeld's four targeted professions turned out to be dead ends. Lawyers, detectives, and private eyes had already settled on steady careers. But with the college debaters, Canﬁeld hit the jackpot. They liked Canﬁeld's pitch. For at least some of them, advertising sounded a lot more exciting than their standard career option: heading off to three years of law school, followed by the highly constrained life of a corporate litigator. If Goodby needed research aces who could analyze the seventeen reasons why people buy the cars that they do--why, that was ﬁne stuff!

Bringing in outsiders brings big spillover beneﬁts, Canﬁeld argues. "Our whole mission as an ad agency is to connect with people," he observes. That's best done if the ﬁrm includes people with the full spectrum of skills, attitudes, and perspectives. Overload Goodby with too many people who came into advertising through the same paths, and blind spots start to occur. His conclusion: "You have to dig in unknown places. You have to spend 50 percent of your time trying to ﬁnd those wild cards."

For smaller companies, sheer economics may force them to concentrate on the long tail of talent. Realistically, they can't win the costly bidding wars to hire the obvious superstars. They need to adopt more of a guerrilla strategy, picking up non-obvious talent that larger rivals can't be bothered to pursue.

Excerpted from The Rare Find: Spotting Exceptional Talent Before Everyone Else (Portfolio, 2011) by George Anders.