The definition of what it means to be a "successful entrepreneur" today has shifted as new technology lets people carve out their own paths in non-traditional ways. It's also made "content creation" a full-time profession.

When Courtney Tillia was looking for a new income path after quitting her job as a special education teacher in 2017, she joined Onlyfans — a service that allows content creators to charge fans and viewers for exclusive content via subscription or one-off fees.

Entrepreneur spoke with the Los Angeles-based content creator about her lucrative profession, working with her husband, and how the public has reacted to her controversial career choice. 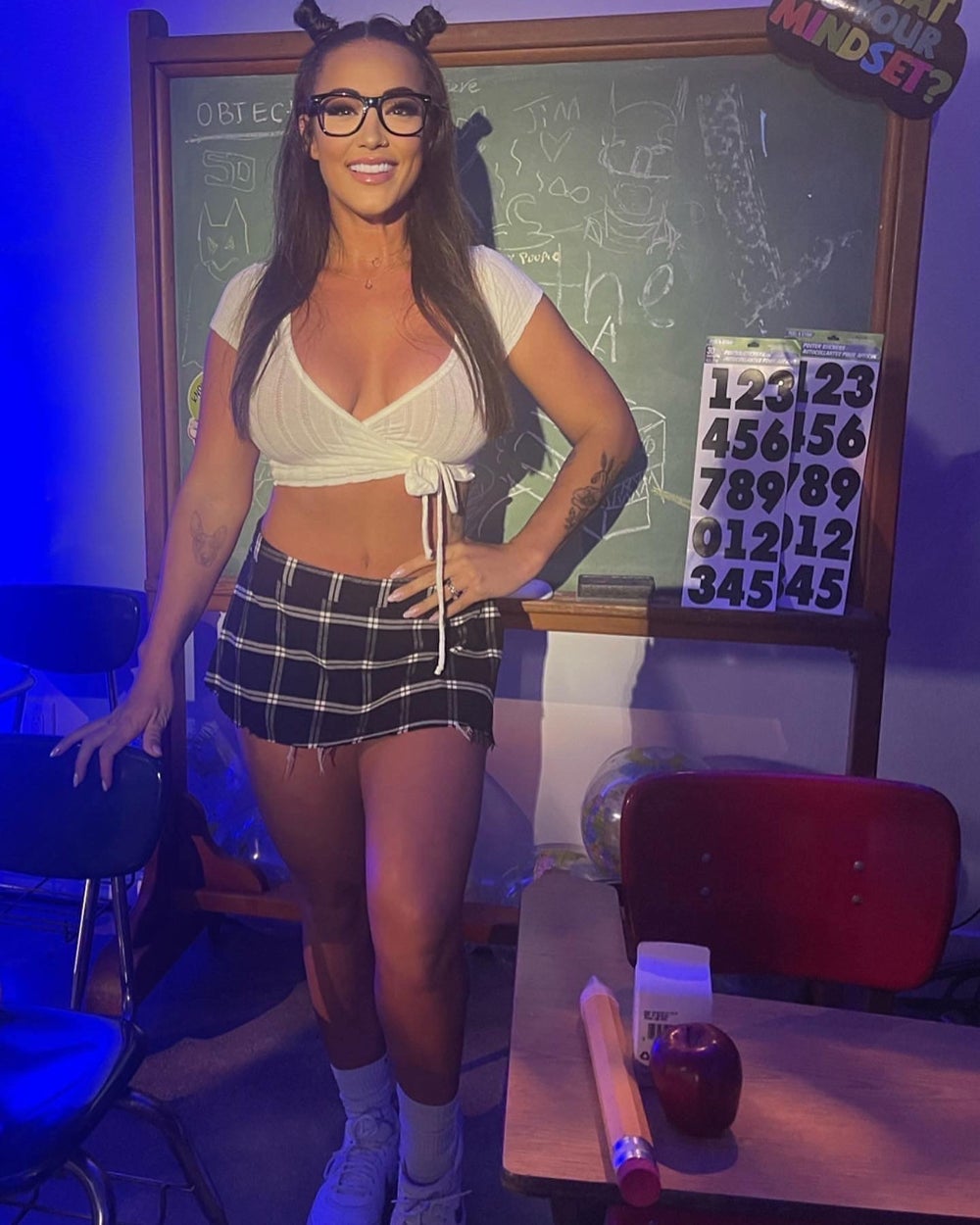 When did you decide to leave teaching to be a full-time content creator?

I was a school teacher for six years, and towards the last year, I found myself anxious, depressed and really withdrawn from my family. At the time, my husband and I only had my one teacher income — he had resigned to start his own business, which hadn't fully gotten off the ground yet. But I still resigned, finished up the school year, and started doing some personal training, life coaching, and some modeling. On the side, I started selling videos and photos via Snapchat and Instagram. I didn't promote it, I just would only fulfill it based on people asking for it. In 2019, I just started to decide to start OnlyFans because I was kind of frustrated with the community guidelines that Instagram was starting to buckle down with. I wanted a place where I could like fully express myself and be myself, and I was hoping to make $500 a month. In my first month, I made $1,700. And it's just kind of been flourishing ever since. 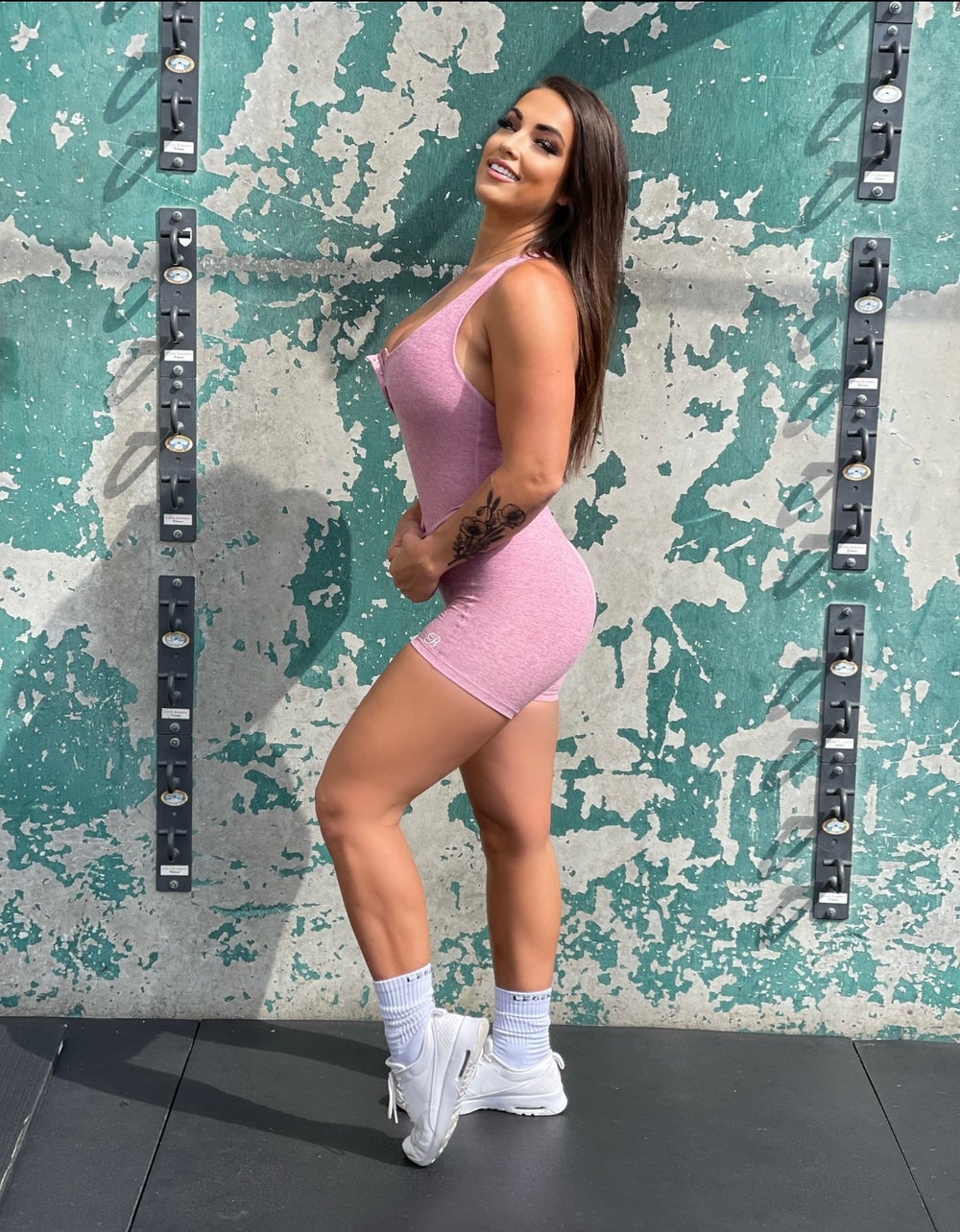 It definitely appears to be flourishing! We wrote a story about your career change in September that went viral, and soon after, Instagram shut down your account.

Instagram will tend to do that, especially with certain adult content creators — they either suspend your account or shut it down. I've had four accounts in the last five months!

How does that affect your business? Do you lose money?

The first one was more than I believed…it made an actual impact. I have a verified account with 450,000 [followers], and I've lost it twice now. I've gone through three backup accounts, and I get them to around 20 to 28,000 followers, and I don't even post anything on there anymore, and then they'll just get disabled. But people will still find a way to find you.

Being a content creator means you get to set your own rates and business model. How do you decide what boundaries you put on your content and what rates you're charging for it?

It's always been about what feels good to me, what people offer varies. I've always just based it on what I desire to put out there. I always wanted to start at a higher number, so I charged $20.99 a month. And when I first started, I didn't show any nudity whatsoever, it was only implied. And then the more that I just felt comfortable and desired to put more out there, I have. It's never been from a place of people forcing me, or feeling like I have to do something to make more money. And I have boundaries in place for things that I'm unwilling to do or participate in, so I play around with it. Sometimes I'll try different things at different times at different prices and just see how people respond. 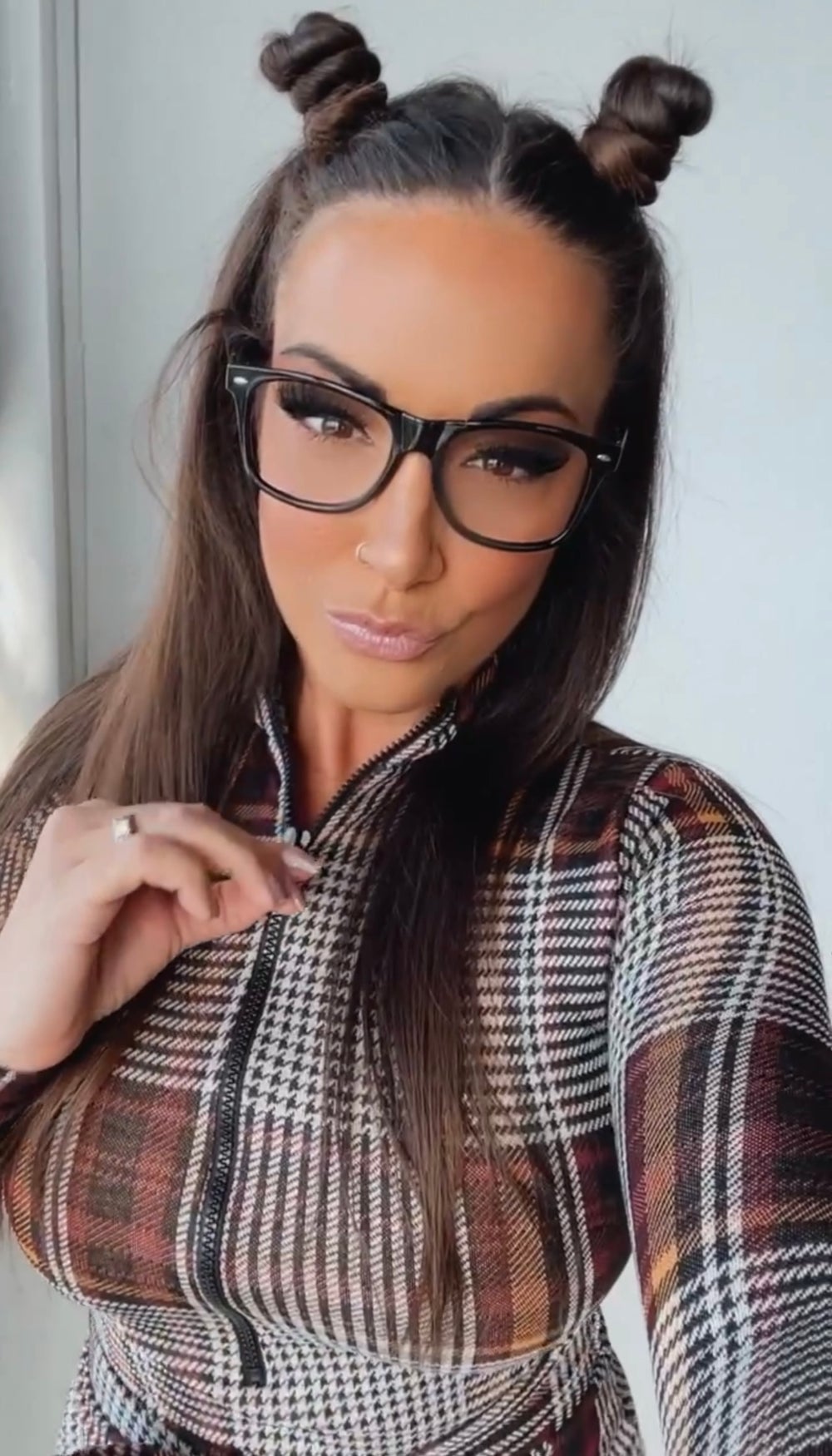 Would you say the majority of your customer base is repeat customers or does it vary each day?

I do make a good hefty amount on subscribers. In any business model, I think it's important to have new income and reoccurring income. So I have gifts and things in place to promote people to be reoccurring subscribers. And then I do custom content and sell content that goes out every day. I put out new stuff every day as well. So there's always something new, there's always something for sale, and then I have gifts and I play games for people who are reoccurring.

What does your average work week look like, as far as how many hours and days you're working?

It kind of depends on what's going on, but it's probably about six to seven hours a day, between content creation, uploading, and interacting with different subscribers and stuff like that. I think people think it's easy and that it's not time-consuming, or that [people] don't put effort into it, or that anybody can do it. But it takes more time and energy than people think. I have a Master's Degree, and I've learned way more about business running an OnlyFans than I ever did in college.

Becoming successful on the platform has opened other opportunities for you, one of which will be starring in an episode of "Reality of Love" with Celebrity Relationship Coach Nicole Moore airing on BSpoke TV alongside your husband Nick. What made you want to sign on to film your episode?

We love to be an example for people...that you can really have it all and be it all. We are a very typical family — we're married, we have four kids, we have the dogs, but we also have like a very unique life, right, because we're doing OnlyFans which is very taboo in some areas of the world. But something that's always been an important part of my message is that when women become a mom, they think that they have to like can no longer be a business owners, that they can no longer be sexy, or that they can no longer go after their passions. 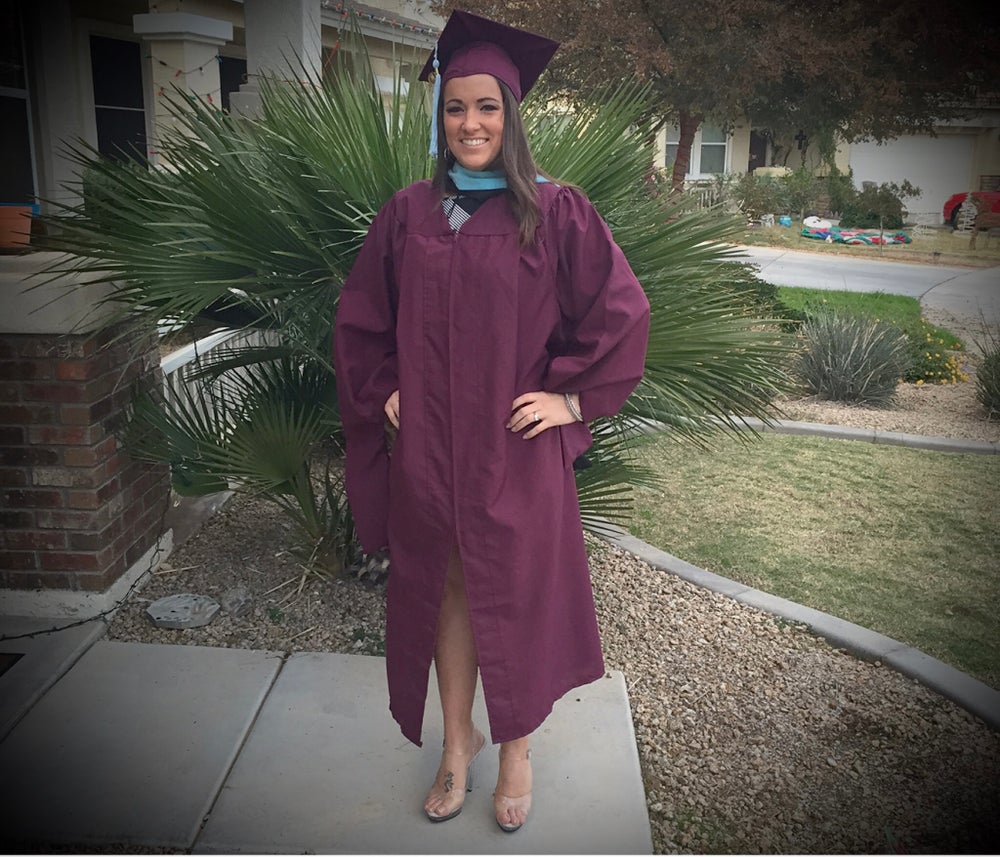 What was your husband's initial reaction to you joining OnlyFans? Has he continued to support you as you've moved forward with this as your career path?

His initial reaction was, 'Absolutely, I don't know why we've waited so long!' He's been supportive from the very beginning, my biggest cheerleader, and also helps me make the content, take photos, and come up with different ideas that he thinks might be good or that people might enjoy. And as of a year ago, he started participating in some of the content with me.

Did you ever anticipate that this would be your career?

I knew I wanted the freedom. I was raised, like so many other people, where you stick at a career for 30-40 years, and then you're retired. And so I thought that I would stick out the traditional path to some extent. People would always say to me, 'Courtney, there's no other job that gives you as much time off as being a teacher.' Yes, I had the time off but I was broke! I didn't want to work [three jobs] to make ends meet.

Were you nervous to make the jump?

I was a little nervous because we were really broke — we filed for bankruptcy in 2017, and I had a car repossessed. So there were concerns because financially, we had zero money. People would say, 'Go get a job and do stuff.' And we I did, I bartended and did all kinds of stuff in the meantime while we're trying to get things figured out. But in the end, I always knew it was gonna work out — I never had a doubt about that. 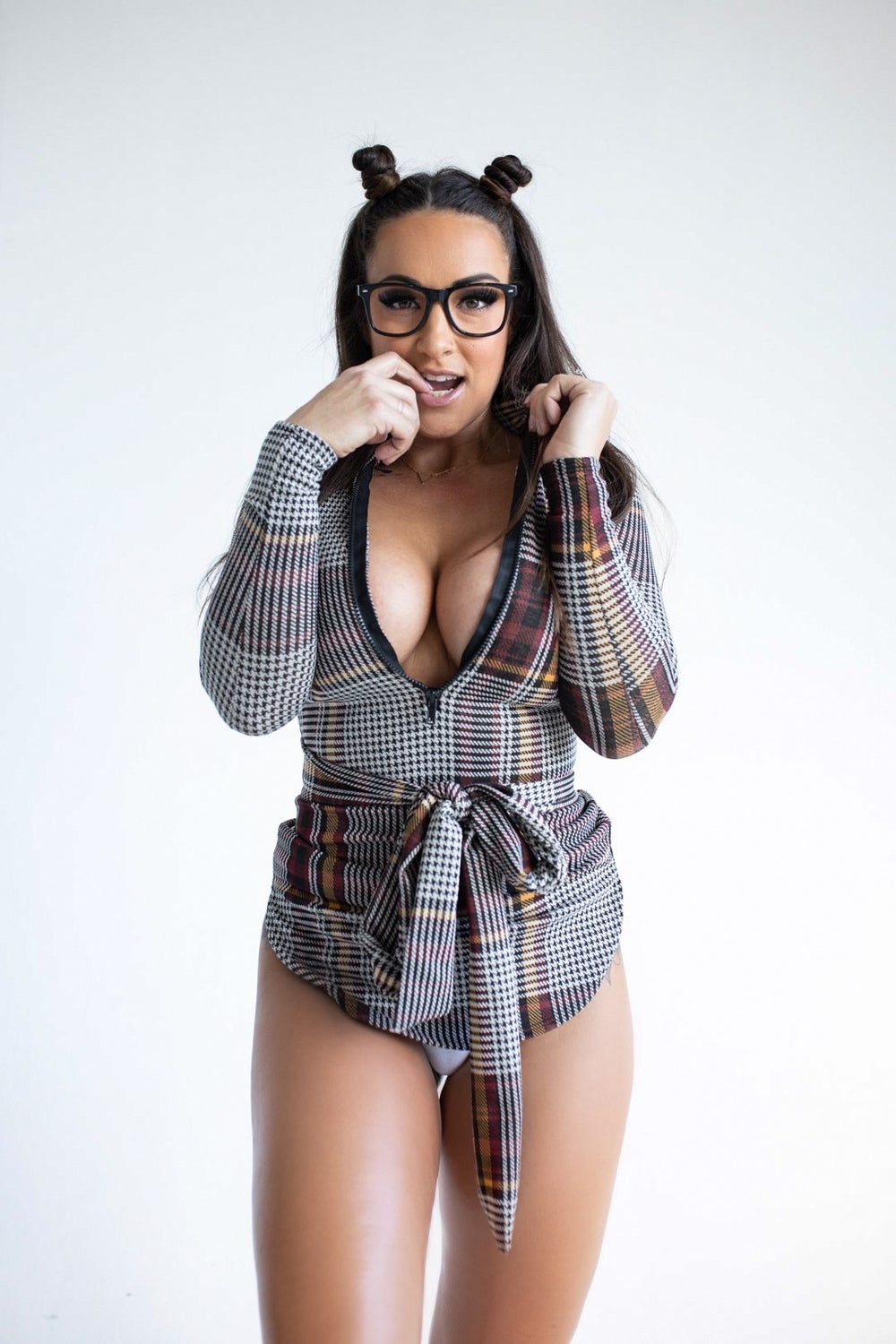 There still tends to be a stigma around creators using OnlyFans. How have you managed to deal with that stigma, either from people in your life personally or people that you don't know?

We don't really deal with it. We know that a lot of people are operating in old paradigms that the female body is shameful, and that sexual expression is shameful. We don't believe in that or operate from there. As far as family and friends, everyone's been really supportive. Even my mother-in-law was like, 'If I had your body, I would do it too!'

Has it impacted your relationship at all?

It's had such an amazing impact on us. I grew up very religious. I had a lot of shame around my own body, my own expression, I didn't understand — I was not connected to any of my own desires, or what I liked. This has allowed me an opportunity to really connect with myself and figure out what I like, what I enjoy, and that's brought us so much closer together.

What's been your favorite part of being your own boss, especially after working in the school system for so long?

We have four kids, and it was always such a hard thing to take off work to go to a school event or a play or something like that, it got so frustrating. So being able to have the time and financial freedom is incredible. I always wanted to be able to wear what I wanted without getting dress coded. But I think the biggest thing, and I actually get a lot of pushback for this, is that people say that I don't have the impact that I used to have when I was working in a school. I completely disagree — my impact is so much greater.

What kind of impact?

I get messages all the time from other teachers saying, 'Thank you for showing us that there's another way, thank you for fighting for us to have higher pay,' or better rights, or being appreciated. Or I get messages from men and women who say 'Thank you for normalizing sexual expression. And thank you for bringing more passion into my relationships. It's the greater global impact that we have by being ourselves. 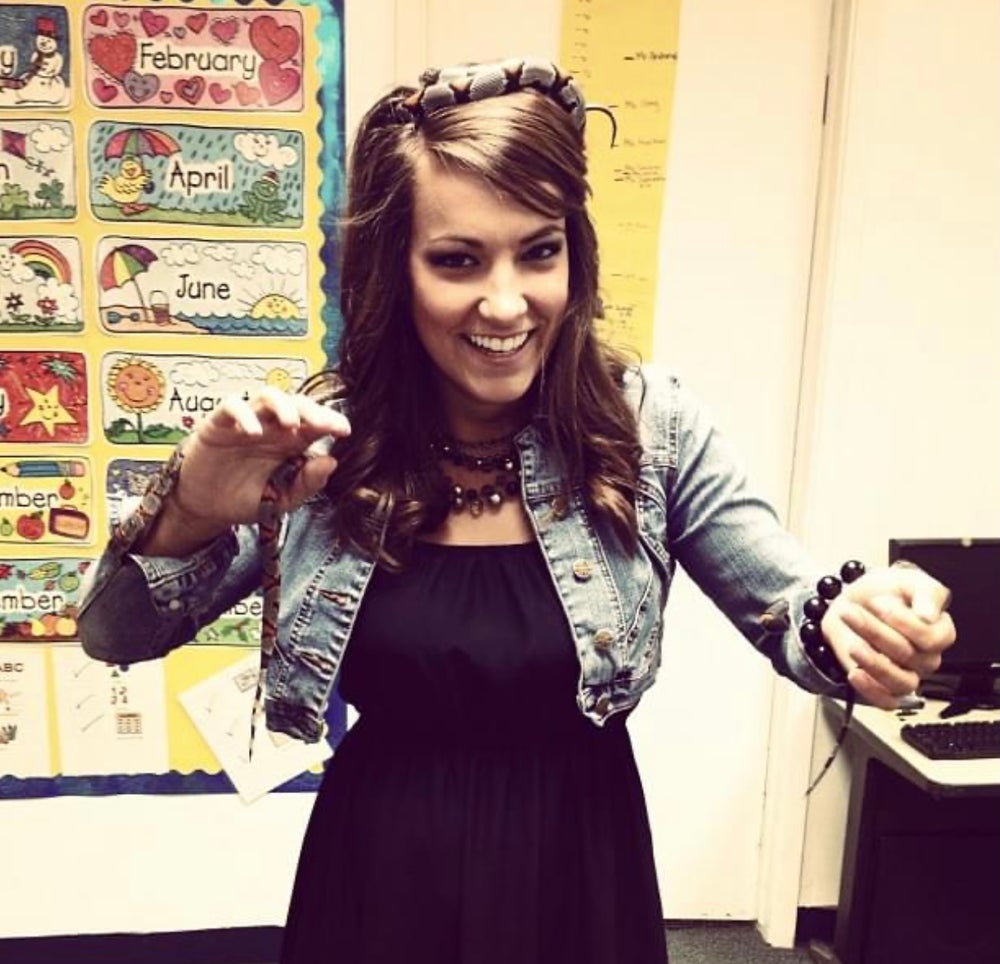 Have you had any contact from people in your immediate community or at the schools where you've worked?

Direct colleagues that worked with me will message and say 'Congratulations, we remember working with the school.' As far as the administration, I've heard that they know about me or read about me in the news and that they were like sending around my People magazine, but I've never heard from any of them directly. The teaching community, I would say, is my biggest supporter. They're just so grateful that I'm putting a voice to so many of them that don't have the platform.

Are there any similarities you've noticed between the two, drastically different careers?

I think the biggest thing is determination and treating it with reverence. I mean, there were days in the classroom where I was like, 'Man, this lesson is just not going as I had planned.' So it's continuing to go forward and move forward and put in your effort, even on days where maybe you don't get the engagement. I remember when we did Facebook Lives, and the only people who would watch it were our parents! So keep going, even when it looks like people don't care, people aren't paying attention, or the lesson isn't going well, keep going and treating it with reverence and treat it with passion. It is your full-time job, even, again, if no one's really watching.

Is there anything you wish you knew before you started that might have helped you at the beginning of this career switch?

What people are actually looking for is the connection with you, and they look for that vulnerability … people just want authenticity. They really do want a place to connect with you to build that relationship with you. They want a place where they can tell you about their day at work, a lot of people don't actually have that. Also, don't put yourself between a rock and a hard place. [My husband and I] both resigned from our jobs and then we were trying to figure it out. It would have been better to have some stable income still coming in while we were building.

This interview has been lightly edited and condensed for clarity.