AriZona: A Lesson in Brand Management 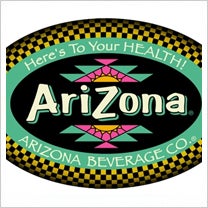 We talk a lot around here about how important branding is to the success of your company. But good branding's not enough. These days, you have to be just as vigilant about maintaining that brand and monitoring what people say about it. If you don't believe us, ask the folks over at the AriZona Beverage Company.


Opponents of the recently passed immigration law in Arizona have called for a boycott of the company's products, along with those of Cold Stone Creamery, Best Western and U-Haul. It's a not-so-classic case of guilt by association, the wrinkle being that AriZona is--and has always been--based in New York, its name and logo having been inspired by the Southwestern art motifs of co-founder Don Vultaggio's house in Queens.

It wasn't long before people around the country were putting the twit in Twitter, proclaiming their intentions to stop drinking the company's tea and calling it "the drink of fascists." In a fight-fire-with-fire move that also allowed the company to respond without actually dignifying the issue, AriZona has responded via its own Twitter account that "AriZona is and always has been a NY based company! (BORN IN BKLYN '92)".

It's a safe bet that a lot of people are eating crow today and--if karma has anything to say about it--washing it down with their favorite flavor of AriZona. But it's still a valuable lesson about the double-edged sword that is the modern internet. Everyone has a voice, regardless of whether they're smart enough to have it heard, and they might be out there talking about your business, regardless of whether they actually know anything about it.