McDonald's Proves It's Resistant to Recession 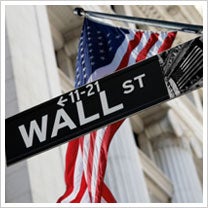 Fast-food titan McDonald's announced quarterly profits that beat Wall Street's estimates and proved, arguably, that the business of cheap fast food done well sometimes thrives in a down economy. Franchisees own a majority of the burger behemoth's stores worldwide.

"Two-thousand-eight was a strong year for McDonald's," CEO Jim Skinner states. "Through our strategic focus on menu choice, food quality and value, the average number of customers served per day increased to more than 58 million in 2008 ... The company delivered double-digit growth in operating income for the fourth quarter and the year. These accomplishments validate the strength and resilience of McDonald's."

Are there still McDonald's franchises to be had in the U.S.? Yes you can.