They're Talking, Aren't They?

By Laura Lorber
November 22, 2010
Opinions expressed by Entrepreneur contributors are their own. 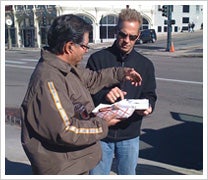 In our last post, we taught you how to listen online to what's being said about your company, your products, your competitors and your industry. It's the first step in launching your own social media campaign. The intent of that exercise was to help you identify holes in the landscape that your brand can fill with its social media presence.

Did you find any? We did when we listened for Big Papa's BBQ -- the live test case we're using to illustrate the power of social media to you.

Here are three ways we were listening and how we assessed what we heard.

Local Search: Delivering search results to people that are customized to their location is one of Google's newer features. So, it's important to optimize your business listing with Google Places, as well as the other local-search sites. In addition, because these venues offer the ability to comment and write reviews, they can be turned into social media forums for you - though they're rarely viewed this way by brands.

Google Places: Big Papa's BBQ has a listing, but it's cobbled together from information Google gathered - not dictated by the restaurant's owner. Big Papa's BBQ does not currently own their own listing. (We'll show you how to claim your listing in our next post.)

Yelp: Contains frequent, significant reviews that all have positive sentiment. There are no posts from the brand, there is no menu listed and Big Papa's BBQ does not currently own their own listing.

Citysearch: Minimal reviews have been contributed, no interaction by the brand, the URL to the Big Papa's website is incorrect and the listing has not been claimed by the restaurant's owner.

Urbanspoon: Two of 3 restaurant locations are listed. The link is broken to the menu. Good reviews, but no brand interaction. Big Papa's BBQ does not currently own their own listing.

Foursquare: Big Papa's is on Foursquare and is currently running a promotion for mayors, giving them 20% off at only one location.

Existing Social Networks: Next, we audited the existing social tools being used (and not being used) by Big Papa's BBQ. We discovered little to no lively conversation happening inside these networks.

Facebook: This is the current social hub for the brand and the only place people are talking real-time with Big Papa's BBQ. Posts are on and off, averaging 3 times per day. Currently, 210 people 'Like' Big Papa's on Facebook.

Twitter: No presence or 'Followers' for Big Papa's BBQ on Twitter. There's local conversation about barbecue on Twitter but no mention of Big Papa's food or brand in association with that talk.

2. What's been said about Big Papa's BBQ in the past

To uncover any other conversations we missed about Big Papa's BBQ up to today, we searched their brand name in Google. Big Papa's BBQ was only mentioned 3 times in the past 30 days among all online media - social and paid. And none of those mentions added value to the brand. The perfect opportunity for us to strike up the conversation.

Competitors: In searching terms like "bbq Denver," "Colorado bbq," "Denver bbq," "Denver's best bbq," and "barbecue in Denver," it's clear no barbecue restaurant in the city ranks higher than any other in terms of social conversation and engagement. (It's very low for everyone.)

There are currently no local groups or pages on Facebook for grilling or barbecue. In fact, the only barbecue presence locally on Facebook and Twitter is competing BBQ restaurants. Most of these groups and pages are not continuously updated and many have not posted in the past few months.

We can own this conversation.

Other Chatter: There are local foodie networks on Twitter and blogs that are actively promoting local restaurants - at times specifically mentioning barbecue. Of their posts, not one was for Big Papa's. However, there are many mentions for competing BBQ restaurants in town.

So, what do we do with all this stuff we found?

First, tell us about the things you heard when you listened for your brand in the comments below. Tomorrow, we'll tell you about the social media ideas we came up with to address all these opportunities we uncovered for Big Papa's BBQ.

In the meantime, if you've got questions about anything we've relayed, drop them down below. We'll be here to respond.