You can't negotiate salary without this crucial knowledge.

By Nicole Lapin
March 21, 2017
Opinions expressed by Entrepreneur contributors are their own.

I was not smiling, though. Yes, I'm happy that my girlfriend is in the mind-set of asking for more, but I was not pleased that she asked for 10 percent more than her old job. Why? The first problem with that is that she offered up the exact amount of her old salary to her new employer; that is a no-no. The second problem is that she asked for the 10 percent before knowing what that position at the new company paid. My friend had made $80,000 at her old job and asked for $88,000. Sounds like a nice bump until you learn that the person who held her new position before her was making $110,000. What she should have done is, first, get that piece of information. Then get the offer, and then ask for 10 percent more of that, which is $121,000. By not having that very important benchmark of what that position typically paid, she negotiated against herself—and cost herself $23,000 extra. Ouch.

Related: 8 Ways to Negotiate Your Way to a Higher Salary

Now, my sweet, wicked-smart friend knows a lot about a lot of things, but she didn't know the ins and outs of negotiating your salary. I mean, we don't learn this stuff in school. We learn about the bullshit Pythagorean theorem, but we don't learn basic business skills, which, of course, boggles my Boss Bitch mind. All she knew was that she needed to "negotiate," but she didn't know where to start. I don't blame her, and she shouldn't blame herself. After all, it's important to forgive yourself for not knowing what you haven't learned. And then learn it, grow, repeat. Hating on your former self for not previously knowing what you know now is a waste of time—time that should be spent putting that lesson into action.

Back to my friend. When I broke it to her that not finding out the going rate for her new job had cost her $23,000, she responded, "Honestly, how could I ask someone what they make? It's so taboo and so awkward; who would tell me that?!" She's right. People are so weird about talking about their salary. In fact, I did a study with Nielsen that shows that women would rather admit their weight than their salary. Yes, neither subject is super fun to talk about. But it begs the question: What are we so guarded about?

When people ask me for advice about negotiating their salary, the first question I ask is: "What do you make?" Because how the hell am I supposed to help you if I don't know what I'm working with? The second question is "What do other people in your position make?" Because how can you know how you're stacking up if you don't know what your colleagues and peers are pulling in?

Related: The Highest Paying Jobs in America, According to Glassdoor

Unless you're position is CEO of a publicly traded company, this information is probably hard to get. Why? Dirty little secret: The bosses don't want employees to share this information with one another because they know it could be used as leverage in negotiations.

Enter: moi. Yup, I'm the girl who is in a room with a bunch of women who work together and has no shame throwing down the question of how much you make. And when I do? Crickets. Fucking crickets. Sometimes they hem and haw. And I don't let them get away with it. I ask them again and don't let up until I get an answer. They will happily talk to me about sex positions and bikini waxes, no problem, but salary?! Well, that's too taboo. Are you kidding me?

We all want to make more. We say we all want to help each other make more, but if that's really the case, then why the secrecy with the very thing that will help us do that? I'm not asking my friends to tell me their salary because I want to make them feel anything but empowered to rise up.

So here are some answers to the questions about my salary you might be wondering about. I'm not too chickenshit to put my money where my mouth is, and I encourage you to follow my lead. There's no reason that your salary should be a more closely guarded secret than your bikini wax of choice, so for the love of God, can we get to a place where we can have an open dialogue about it? Until then, I'll show you mine, if you vow to show yours to someone that could use the information—and then ask the same thing of them. So, here's what my salaries have been:

My first local small-market TV news job: minimum wage, which amounted to $7.50/hour back then

Again, NBD, right? The only questions I can't currently answer are: Why doesn't everyone just talk about it? You don't have to print it in a book like I did, but what's the harm in discussing it among friends? How will you know you're being compensated adequately if you don't know what others are pulling in? It's pretty hard to win if you don't know the current score of the game.

Reprinted from BOSS BITCH: A Simple 12-Step Plan to Take Charge of Your Career Copyright © 2017 by Nicole Lapin. Published by Crown Business, an imprint of Penguin Random House LLC. 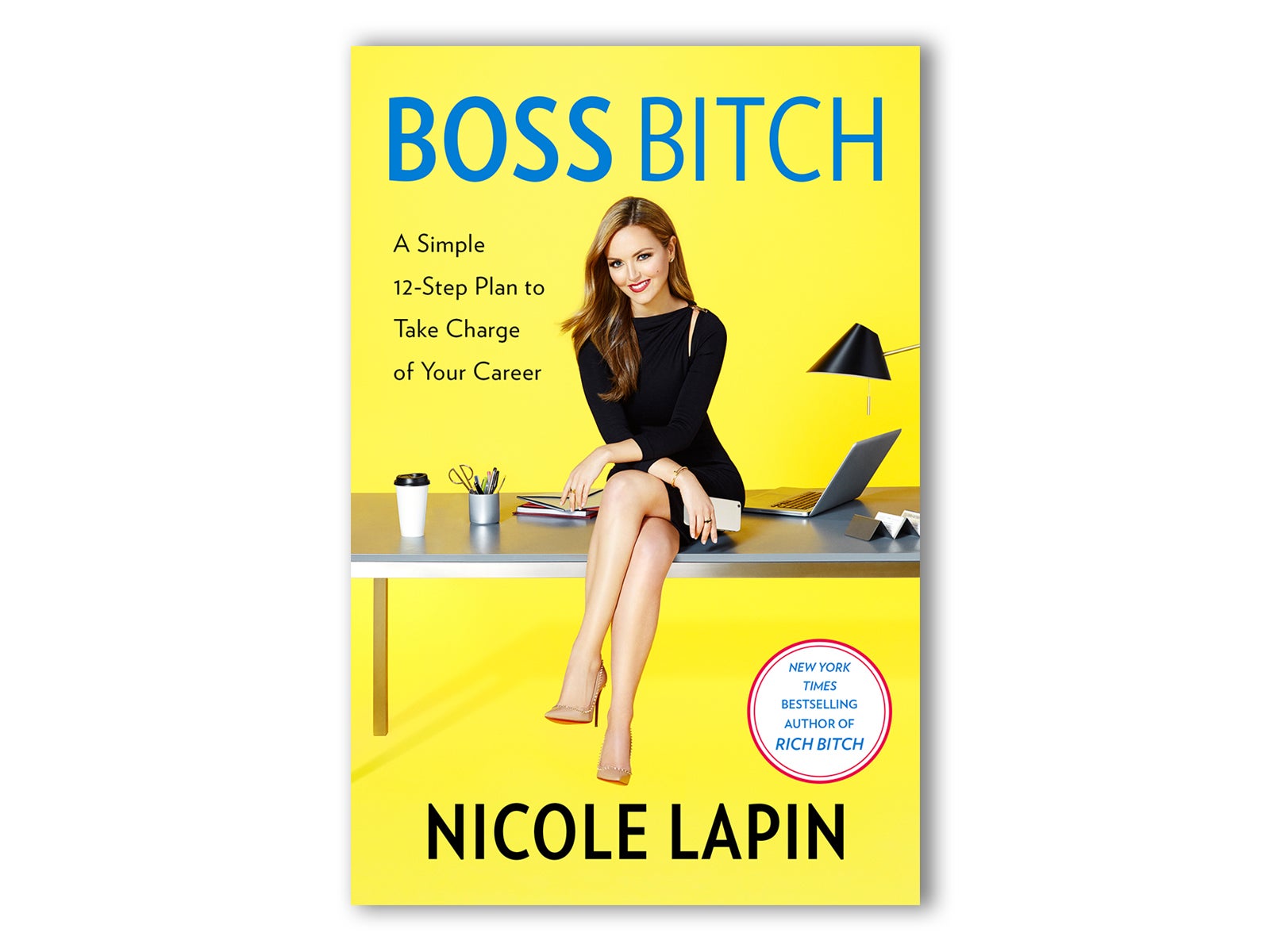