By Mikal E. Belicove
April 2, 2010
Opinions expressed by Entrepreneur contributors are their own. 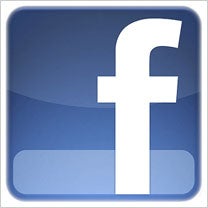 Rumor has it that later this year, Facebook will start charging its members to use the service. Although this may sound like an April Fool's joke, the rumor's more malicious than that. Using this ruse, pranksters and malicious hackers have stirred up angry tirades against the social media giant and convinced thousands of Facebook members to click links to websites that hijack their computers, blast them with offensive pictures and install malware on their systems.


As web users, it's important to remain skeptical and on guard and to resist the temptation to forward potentially alarming messages to friends, family and colleagues. We must remind ourselves that everything we hear, see and read on the web isn't always true.

Running a simple fact check on Snopes or digging up accurate information on Facebook can keep you from falling victim to this scam (and others) and becoming complicit in victimizing others.

The fact is Facebook is flush with cash, has little need to charge members and has no intention or reason to upset its more than 400 million members and send them scurrying for the exits. How do I know? Because Snopes and Facebook told me so.

So the next time you hear a nasty rumor about Facebook, check Facebook's own scam alerts page to separate fact from fiction.