You (And I) Can Finally be in the Loop 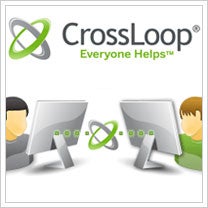 I don't think I've made it any real secret that I'm technologically inept when it comes to the problems of my computer. In fact, I sometimes have small problems with appliances, too. I burn my microwaveable pizza 80 percent of the time at work and stuck a knife in the toaster well after puberty.

So when someone pitches me something tech, I usually try to pass it off to other people. Let them figure out the order of what appears to be sporadic letters and numbers to me.

"The T-1000, Skynet's latest model, is more efficient than the 800 series. Due to its mimetic poly-alloy, it has the ability to change shape, color and texture. Even when shot with a Winchester Model 1901 10ga level-action shotgun, the T-1000 will heal itself and still rid the world of those pesky John Connors."

And I would be totally clueless what the actual threat is.

So, with the help of PR rep, I wrote a tech blog. In it, I confessed my inexperience with technology and how a PR person had actually helped me, even though I did my best to fight her (and all PR).

And then Andrea Maclean, a new PR rep, sent me an e-mail me shortly after.

"Opening the floodgates for PR is like the Helm's Deep scene in Lord Of The Rings," I replied. "That's the last thing I wanna do."

But Maclean wrote back, "I LOVE Lord Of The Rings--seen it a bagillion times."

"Hmmm..." I thought to myself, as I continued to read. Maclean went on to pitch CrossLoop, a desktop sharing application of tech support, which most certainly sparked my interest. But, me being me, I couldn't allow someone in PR to win that easily. So I demanded Maclean answer me these questions three...

1. Get at least five words out of the word jumble CHARLES DARWIN.
AM: How about this: Radar, Drawn, Swindle, Swine, Drawer, Rachael, Laws, Scrawl, or this little diddy: Nerds swindle swine in war.

2. Not even going to give you the movie. Why does Rick make Ilsa get on the plane with Victor Laszlo?
AM: Casablanca--short version, because he loved her. Long version: because Victor needed Ilsa's support in his efforts against the Nazis. In Rick's famous "hill a beans" speech, he basically says fighting the Nazis is more important than his wanting to be with her. This was a big deal, since Rick had been neutral about the war. In the end, he finally chose a side--against the Reich.

3. What is your favorite, most underrated film?
AM: I don't follow ratings or critic reviews. I just like what I like. I'd say it's a tie, depending on my mood, between Sideways and The Princess Bride.

Her three answers were dead-on. As was her pitch for CrossLoop.

"Think of your own personal Geek Squad," Maclean said.

But I wasn't even sure what Geek Squad did.

"Essentially, CrossLoop is like an eBay for tech support, but you can also have a tech-savvy friend help you for free using CrossLoop," Maclean explained.

The reason something like this appeals to me is because I could use tech support at all times. At any given moment on the computer, I could probably use advice. I have several tech-savvy friends, but bringing them over to the house and buying them Chipotle for their time isn't always efficient. If they were able to help me from their computer, however, it could lighten the load.

And I could use tech support at home. Here at Entrepreneur, our tech support is Jamie. Jamie has successfully fixed every problem on my computer here at work. I have yet to stump him. But maybe your company doesn't have the employee count Entrepreneur does.

I mean, how many entrepreneurs are often alone at weary hours, shacked up in their home office, trying to get their company, their product or their service off the ground?

When starting a company, tech support isn't usually the first department filled. An entrepreneur will get someone to ship the product, someone to look into marketing schemes, someone to take care of the books, et cetera. So the idea of a company that advertises "cheaper and immediate tech support" may be something to look into, once your company is starting to expand and actually have a network.

If it suits you as an entrepreneur to invest in something like freelance tech support, the steps, according to a CrossLoop fact sheet, are as follows:

And if you want more, here's a little demo, complete with adorable faceless characters.

The application, available in 21 languages, is, according to the website, "combined with the Help Marketplace, a community of more than 13,000 technology experts in over 130 countries." The Help Marketplace includes hardware support, software and applications support and training.

And it seems that there's a viable market for this form of tech support. In September 2008 alone, CrossLoop was covered by TechCrunch, PC World and The Wall Street Journal.

So if you're looking for 24/7 tech support once your business grows beyond your friends and family helping, maybe look into something like CrossLoop.