The Apple founder's daughter cheekily gave her opinion after Apple debuted the iPhone 14 on Wednesday.

On Wednesday, Apple debuted its long-awaited new iPhone model — the iPhone 14, which will range in price depending on the model from $799 (for the regular version) to $1099 (the Pro Max).

The company described the device as containing "groundbreaking safety features designed to save lives" alongside an innovative 48MP camera for "mind-blowing detail," but when the phone was revealed, it wasn't met with high praise on social media.

Some people joked that the company had reverted to earlier models in its technology and overall aesthetic (particularly in the camera feature), while others claimed that there seemed to be no real difference between the new phone and its predecessor. 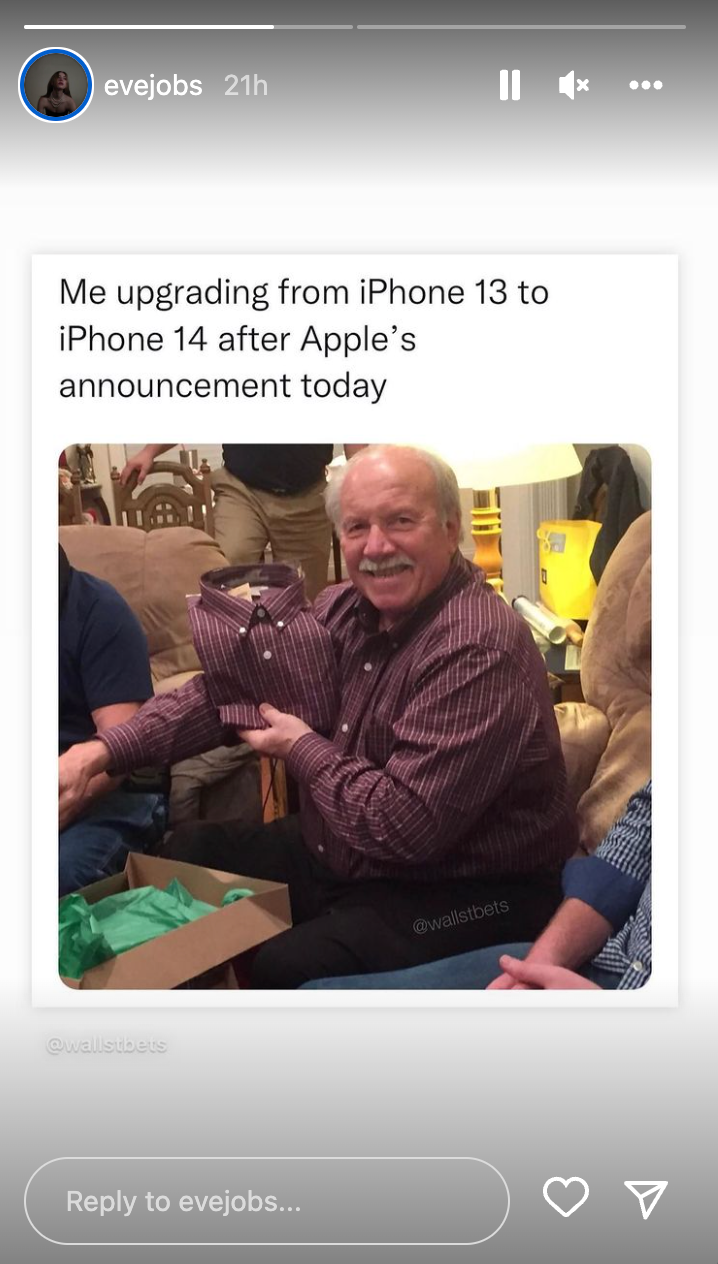 "Me upgrading from iPhone 13 to iPhone 14 after today's announcement," the meme reads on top of a photo of a man in a button-down shirt opening a present of an identical shirt.