By Kathleen Davis
August 20, 2013
Opinions expressed by Entrepreneur contributors are their own.

It could be argued that Ben Huh, 35, has changed the lexicon of the internet.

The founder and CEO of Cheezburger acquired the I Can Has Cheezburger? site in 2007 and has transformed it into a media company that now includes more than 50 online humor sites, including FAIL Blog, The Daily What and Cheezburger, that generate more than 400 million page views every month. The Cheezburger brand has also released five books and was the focus of Bravo's 2012 LOLwork reality television series. Huh is also a co-founder of Circa, on online journalism startup.

Huh has been credited with bringing making the meme mainstream, has been featured in The New York Times, Wired and Time and has addressed crowds at South by Southwest and the Web 2.0 Summit. But it hasn't been all smooth sailing for the internet culture king; Huh cut about 35 percent of its staff (24 employees) earlier this year amid lagging ad revenue as audiences have begun to favor mobile over desktop.

Related: How to Harness the Power of Internet Memes for Your Business (Infographic)

We asked Huh a series of 20 questions ranging from silly to serious in an effort to provide greater insight into the creative mind of this innovative and interesting entrepreneur. What follows is an edited version of the interview.

1. When you were a kid what did you want to be when you grew up?
When I was a little kid, younger than 10 years old, I wanted to be an architect. I wanted to make buildings.

2. What was your first business idea and what did you do with it?
When I was 14, I advertised a typing service around the apartment complex I was living in. I had one very nice gentleman who took me up on the offer and tipped me very generously; he owed me less than $10 and he gave me a $20 bill.

3. What do you wish you knew before you started your first business?
My first actual money-earning business was when I was in college in Chicago in 1997. I was 19 and I created a front-end web development company. I sent out an email to every one of the department heads at Northwestern University and said "I don't think that your website is all that great -- let me fix it." I basically started with an insult, even though I didn't mean it that way, but I ended up winning over two clients.

I didn't know this, but polarizing marketing creates strong responses good or bad and you can actually use that to your advantage. I wish I knew how to put myself in the shoes of my customers -- the first thing you do as a bad marketer is say here's who I am and what I can do. I got lucky.

4. What did you learn from your biggest failure?
That it's OK to fail. I had a startup in 2000 and it folded 18 months later. It was a train wreck; it was the worst time of my life. It's a pretty difficult road back. The thing that needed to be repaired the most wasn't my finances – even though they were pretty terrible -- it was my self-confidence. During that time I struggled with thoughts of suicide and I didn't leave my house for two weeks. It was a pretty terrible moment. It starts with having something to live for; I needed someone who depended on me to do something.

5. What did you learn from the worst boss you ever had?
I had a terrible boss that was phenomenally good at recruiting talented people, but he was a tyrant -- he would storm in your office and scream at you. He paid generously for the right to be an asshole, so people put up with him, but it didn't last.

I learned that that's one way to run a business, but there is a cost to being an asshole, and it's not just financial. The costs were so culturally terrifying for the company -- no one respected him or trusted him.

6. What is the strangest or most unexpected marketing experiment you ever did? For South by Southwest in 2011, we partnered with Friskies. They flew out a master cheese carver from Wisconsin, and he carved several life-sized LOLcats out of cheese. It's really hard to get noticed at South by Southwest because it's so big, but we broke into the top 20 most mentioned brands because of this one event. People were lining up to take photos. 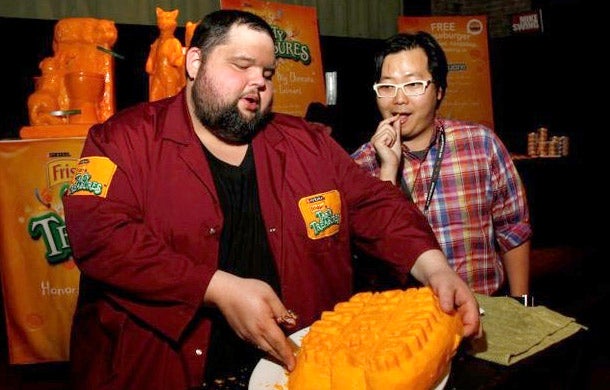 "The Big Cheese Sculpture" at I Can Has Cheezburger's SXSW party in Austin, Texas, on March 12, 2011.
Photo by Jack Plunkett

7. How do you know you've found a star hire?
A lot of reference checks. A lot of smart people know how they appear and they know how to sell themselves, so using reference checks and people that you know in common and asking them for an honest confidential opinion is a super good way to know how someone will perform.

8. How do you use social media (how much, what sites, on what devices)?
Social media is like salt: you have to use a little bit on everything. It's become a fabric of how the internet works – it is everything that we do. I'm constantly on; I mostly use Twitter. I try to think my audience and that we are giving them what they would find fascinating. Eighty percent is for your audience and 20 percent for yourself.

9. What do you admire most about your mom or dad?
My mom who has a high school education has always been tenacious. She never gives up, she will suffer through whatever needs to get done. She has an amazing work ethic.

10. What's your favorite book and why do you love it?
It changes all the time, but I try to read fiction. Being in business you get a lot of business book recommendations, but fiction gives you a clear sense of what the future could be instead of what has happened in the past.

11. How do you find inspiration?
By talking to other really smart people who have personal views on my industry or something related to my industry, or even something totally different -- and it's like "holy crap -- this is a side of the universe that I've never seen before."

12. What was the best piece of advice you ever received?
I can't remember who told me this, but I think it's a paraphrasing of a quote: "You are never as good as you think you are, and you are never as bad as people say you are." For someone who is out in the public a lot, that phase is something that I think about all the time. It means, keep your ego in check, and it's easy to tear someone down without even thinking about it.

13. What's your productivity secret?
It's about doing the important, not the urgent, which was advice from Stephen Covey's 7 Habits of Highly Effective People. I think writing it down helps you see what's important.

14. How do you cope with nerves before public speaking?
I don't think about of who the audience is, I treat every audience exactly the same. I don't care if it's the president or a class of kindergarteners -- the level of importance does not matter. It makes every situation normal. I once had to present in front of a bunch of investors who had just heard from a Nobel Laureate who was trying to cure cancer, and I was up next talking about funny things on the internet. But if you think about that stuff it will trick you. I tell myself this is normal, you are just telling a story – and if you are telling a story about something you care about you'll do a good job. 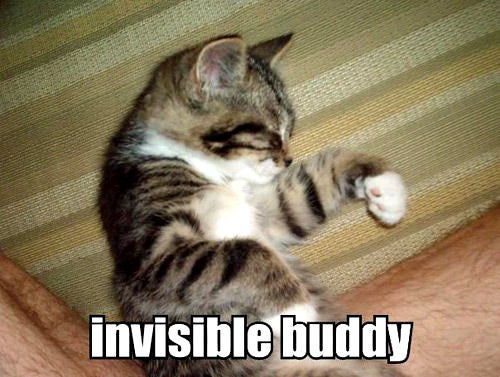 15. What's your favorite quote?
Fred Wilson, co-founder of Union Square Ventures, a New York City-based venture capital firm, wrote a blog post on what it takes to be a great CEO, and he talks about the core three things you have to do well:

1. Recruit and retain the best people.
2. Make sure you never run out of money.
3. Make sure you have a clear vision that you articulate to all the stakeholders.

16. What is your biggest pet peeve?
When I was younger I had more pet peeves, but as I get older I'm more tolerant. I don't have many now. Those things don't really matter -- that person, who you find annoying, is just trying to accomplish things, they have complex needs and challenges, and there is probably stuff that's going on in their lives that you can't see that's causing them to act that way, and that's OK.

17. What's your favorite vacation spot?
Hawaii. I know it's kind of cheesy because it's so popular, and I didn't know what the big deal was before I went, but it is paradise. 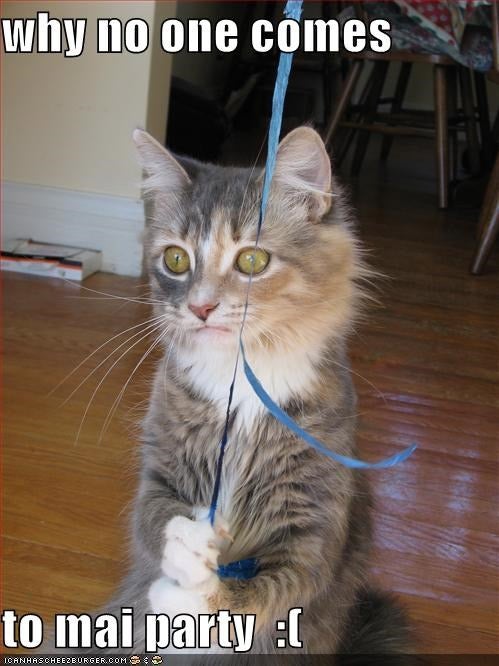 An example of the popular LOLcat meme from I Can Has Cheezburger
Image credit: i.chzbgr.com

18. What do you think is the most important innovation of your lifetime?
It has to be the internet -- the ability to connect every human brain with every other human brain.

19. Who would you most like to have dinner with?
People might say Warren Buffett, but I'm a foodie, so David Chang -- he's the chef and founder of chef/founder of Momofuku. I think chefs are artists, and dining with a chef would be a rare moment where you would get to see an artist in action. He lives in New York, so there's a chance he'll read this and invite me to dinner.

20. What was your favorite class in college/high school?
The most useful class is an accounting class I took in high school. It's been phenomenally helpful in business.