If you think dating before getting married is hard, trying doing it after getting divorced. Then throw child custody issues into the mix and it's even trickier.

Vikki Ziegler, 42, star of Bravo's Untying the Knot, knows the fraught tightrope walk that is dating after divorce all too well. The New York City divorce attorney and mediator is both a divorcee and a child of divorce herself. Her parents split when she was 12 years old.

"It was the worst thing that ever happened to me," said Ziegler, an only child. "I was burdened with deciding my custody on my own in court. It was scary and painful, absolutely devastating. It became clear to me that I had to become a divorce attorney, that it was my plight in life to help people impacted by divorce, especially children." 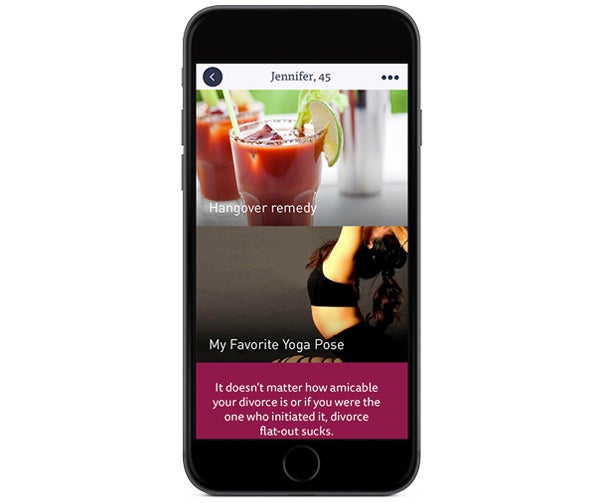 Related: 6 Guidelines for Helping Your Business Survive a Divorce

Now, as divorce rates skyrocket at an all-time high and three decades after her parents' devastating split, Ziegler has just launched a dating app called Divorce Dating. It went live earlier today in the Apple Apple Store. You can download it here. Her goal: To help divorcees dive confidently back into the dating pool, to "remember that feeling again," without the pain of weeding through people who can't relate.

What Divorce Dating offers that popular dating apps like Tinder and Coffee Meets Bagel don't is a specialized niche community of "elegant, mature" divorced individuals. "This is for people looking for love or companionship the second, third or even fourth time around," Ziegler says, "people who have experienced loss, people who understand what it's like to be on a high and in love and then fall off and have to get back out there again."

Take the road less traveled on your next #date – make it an #adventure! #dating pic.twitter.com/krLMARUbNd

To get started, users answer a series of "Vikki-isms" -- quirky, revealing questions written by Ziegler herself. They also upload a headshot and a short, two-line bio. Additionally, they're encouraged to share images "that reveal a lot" about their lifestyles and personalities in a Pinterest-like profile section.

Another differentiating feature, called "Wingmen," allows users' close friends and family to "provide gut checks" on prospective matches, indicating if they they think the person makes the cut or not.

Instead of swiping left and right, users scroll up and down to peruse potential suitors. When attracted to someone, they select a checkmark icon under his or her pic. If the person they check checks them too, that's (hopefully) when the magic happens. Direct messaging begins. Who knows where it ends?

As for indicating if you have kids, there's no specific feature in the app for that at the moment. However, Ziegler says you're free to mention them in your profile if you like. "Children are so sensitive," she says. "Some people aren't comfortable talking about them while dating post-divorce, so we wanted to be respectful of that."

Related: 6 Reasons Why Dating Can Be a Nightmare for Some Entrepreneurs

Ziegler, a new parent herself, has been happily married for three years. Her first marriage unraveled after a year. "I've been through it all, as a child, as an adult, as a professional, so I get it on a very deep level and I poured all of that experience into the app." 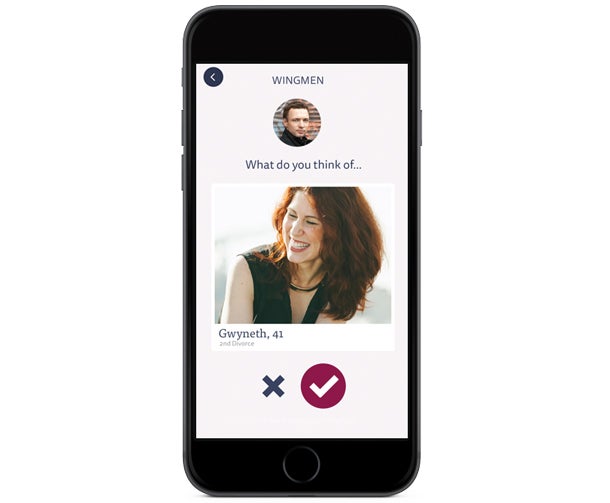 Divorce Dating, slated to be available on Android some time next year, will initially be free. No ads or in-app purchase options will be appear for the first "three to four years," Ziegler predicts. She does plan, however, to eventually monetize it, likely in a way similar to Tinder's freemium approach. (Freemium apps are free when they launch. Then later, sometimes years into the future, users are charged a premium for added functionality and features.)

Expect a few star-studded tie-ins to the app on upcoming episodes of Ziegler's returning TV reality show, in which she helps consciously uncoupling (Sorry, Gwyneth, we couldn't help it) pairs divvy up their belongings. Which celebrities are on board to give Divorce Dating a spin on air? You'll have to wait and see. The "divorce diva" isn't spilling the beans. Not yet anyway.

For more of Ziegler's seasoned advice on life -- and, fingers crossed, love -- after divorce, check out the season two premiere of Untying the Knot. It airs on Bravo on Sunday, Nov. 8 at 9 p.m. ET.

Related: 'I'm Getting Divorced, and My Spouse Owns Part of My Company'