Basecamp's Rebel Recipe for Success: 5 Ways the Software Maverick Made Millions by Being Different

Want to make a killing in tech, now and for years to come? Don't be cutthroat competitive. Don't work ungodly hours. Don't move fast and break things. And, please, don't be another cocky TechCrunch headline.

Instead, grow slow, stay small, blow off PR (yes, really), and get off your employees' backs. And actually have fun when you work like when you play. This, in a nutshell, is Basecamp's rebel recipe for long-lasting success. 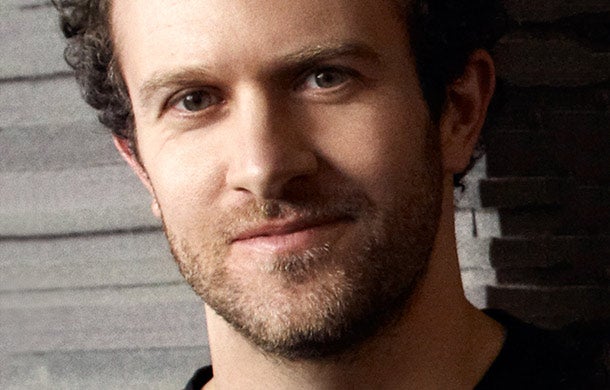 The Chicago-based software as a service (SaaS) pioneer, originally named 37signals, quietly makes millions every year selling monthly subscriptions to its no frills web-based project management app -- all without a single salesperson, press push, ad campaign or outside money. (Well, almost. In 2006, Amazon founder Jeff Bezos made an undisclosed "minority private equity investment" in the company, though Basecamp claims to have eschewed "over 100 VC and private equity investment offers over the years.")

Related: Want to Be More Productive? Move Across the World.

Basecamp bucked the "go big or go home" trend -- and basically said screw growth -- from the very beginning. So far, it's worked out incredibly well. Perhaps a better mantra for the bootstrapped tech renegade would be "Stay small and work from home."

Established in 1999 as a scrappy, three-person web design shop, now 44 employees strong, Basecamp says it helps "hundreds of thousands" of companies the world over organize, track and collaborate on millions of projects.

We tapped Basecamp co-founder and CEO Jason Fried for the secrets to how his company is still going strong after 15 years in business. Here are his five unorthodox strategies for lasting success.

1. Tell customers what you can do for them, don't show them. When Basecamp went live with its first website in 1999, Fried says most other companies in the tech industry were creating busy bragbook sites crammed with images and work samples.

Not Basecamp. Still called 37signals at the time, the company opted for a blank white landing page on its inaugural site. No background. No images. No slogans. It displayed one thing only: A short, snappy manifesto in list form that rattled off "37 nuggets of online philosophy and design wisdom."

"It became this lightning rod," Fried says, "where people were like, "You can't do that. You can't sell websites and design services without showing previous work.' Well, yeah, we can, actually, and we did.'"

Taking a bold, barebones tell-don't-show approach attracted the right kind of clients from the start, he says. Basecamp only showed work samples to potential customers who came to them first via the website.

"We didn't lead with the work. We led with our ideas and our minds, and the customers who believed in what we were saying and doing came. It was unusual and it gave us permission to do a string of other things that were unusual, and that why we're still here 15 years later."

If you list it, they will come. Just ask Buzzfeed.

2. Let your employees work wherever they want, anywhere in the world. While he recognizes that telecommuting isn't for everyone, Fried remains an outspoken advocate for hiring the best people you can find, regardless of where they are. "The more you trust people to do their jobs, in front of your or not, the better work you're going to get from them anyway."

In his best-selling book about the rise of telecommuting, Remote: Office Not Required (Crown Business, 2013), he argues that embracing remote work is "commonsensical," offering "access to the best talent, freedom from soul-crushing commutes, and increased productivity outside the traditional office."

Fried says bosses spin all kinds of excuses not to hire telecommuters because they're afraid it will take away some of their power. "Their job is to manage you, to oversee and to watch over, and if they can't see people [employees], then they feel like they're losing something themselves and they can't do a good job."

No one's looking over anyone's shoulder at Basecamp. The company started as a core team of telecommuters and it still is today, only bigger. It now has just under four dozen full-time staffers flung across 30 cities throughout world, including in the U.S., Canada, Australia, Russia and Europe. Only 14 people, Fried among them, work out of Basecamp's 10,000-square-foot headquarters, formerly Crate and Barrel's photo studio, located in Chicago's West Loop neighborhood.

3. Just say no to PR, advertising and salespeople. If you position your value proposition -- and your brand story -- on your website in a straightforward, succinct and sincere way, you might never have to spring for marketing and advertising.

"That's why we don't have any salespeople," Fried says. "We never have, and we've signed up thousands of customers without a single one."

In its early days, he says Basecamp hired a PR firm but quickly ditched it. "It just wasn't the thing for us. Instead we chose to be opinionated and share our stories openly and without pulling punches, without being afraid. When you do that, people pay attention and you build a really loyal following."

Related: When to Say No to Venture Capital

Instead of spending on marketing and advertising, Fried suggests regularly putting out your own high-quality content, just like a magazine or an author would, "and not just to build a customer base, but to build an audience, too." Spin your own messages your way.

"That way you won't have to invest in expensive campaigns because people will already be waiting for what you have to say, and sometimes you'll say you're selling a new product."

4. Don't be self-centered. It's perfectly normal, even expected, that you talk up your brand from time to time. But it's never okay to do it to the point of overkill, as in every day. Fried stresses only puffing up your own company "occasionally."

"No one cares about or wants to follow someone who's just talking about themselves," he says.

To avoid brand burnout, Basecamp purposely breaks up announcements about its products and services by writing even more about topics its current and potential clients are most likely interested in.

Fried and his colleagues do this passionately and often on Basecamp's popular blog, Signal vs. Noise, which attracts some 100,000 readers per day, he says. It's a long-form sounding board where staffers share their opinions on a smorgasbord of web content- and design-related subjects, like "why most copywriting on the web sucks" and "The problem with the tech world's "swing for the fences' approach." Companies that are similarly "Bootstrapped, Profitable, and Proud" are called out on the site from time to time as well.

"The blog helped us slowly but surely build up a fan base that was interested in products we launched, like when we rolled out the original Basecamp tool in 2004. Our readers were mostly designers, people who would actually be our customers. It's been an organic word-of-mouth spread ever since."

5. Don't act like a Silicon Valley startup. In Fried's view, the stereotypical Silicon Valley darling asks people to put in ungodly hours, raises a bunch of money, raises some more, then tries to sell the company in a few years or go public. "To me, that's about the end game. It's not about building something that lasts, something with consistency and continuity."

He says companies big and small in the trendy tech hotbed tend to suffer from homogenous "groupthink," which gives them a "distorted sense of reality" everywhere else. "Silicon Valley's such a bubble that it's hard [for companies there] to get a perspective on what customers really do care about on what's really going on outside of that bubble."

Related: 10 Questions to Ask Before Allowing Employees to Telecommute

Unlike many Silicon Valley startups and corporations, Fried doesn't ask his employees to put in 70, 80 or even 90 hours a week. "When you're part of that, when you're over there, when you're in that world, that becomes normal and I don't think it's normal at all. There's nothing normal about burning people out."

Fried's solution for employee burnout: Let them work less. Every year, from May to October, Basecamp transitions to a four-day workweek ("not 40 hours crammed into four days, but 32 hours comfortably fit into four days"). The main benefit, he said in a New York Times op-ed, is better work. "When there's less time to work, you waste less time."

Full disclosure: The writer of this article has been a paying Basecamp subscriber for several years and currently is.

Related: When Does Switching to a Remote Workplace Make Sense?