How Lisa Bettany went from struggling photographer to app evangelist.

When Lisa Bettany's skating partner accidentally dropped her on the ice eight years ago, the Canadian figure skater had no idea that the back-breaking fall would ultimately lead to a lucrative new career as a developer of iPhone apps.

But Bettany, 29, not only got back on her feet but took advantage of her seven-year recovery to master photography, start a blog, and, two years ago, partner with an international team of six developers to create Camera+, the top-ranked camera app in Apple's iTunes store. The app, which gives iPhone and iPod Touch users the ability to enhance, edit and share photos via Flickr, Facebook, and Twitter, has been downloaded more than 3 million times since it launched in June 2010. The 99-cent app, designed to turn iPhones into high-quality digital cameras, has generated close to $2 million for Bettany and her partners in less than a year. That's after Apple's 30% cut.

As the app's leading web evangelist, Bettany has earned roughly $400,000 so far thanks to the 20% revenue share she negotiated with the app's developers. The former linguistics grad student who once struggled to pay the bills as a freelance journalist and photographer is now literally making money while she sleeps.

"I'm so used to being poor," says Bettany, whose Mom was paying her rent until the royalty checks starting arriving last August. "Now my bank calls me up all the time and asks, 'What's all this money?'"

Bettany's apps-to-riches story is becoming increasingly common. With Apple recently celebrating the 10 billionth download to its iTunes store, creative young software developers are rushing to cash in on the latest digital business trend. With low development costs, a worldwide customer base and instant distribution, the creator of a successful app can hit it big without raising venture capital, hiring a sales force or recruiting a pricey management team. 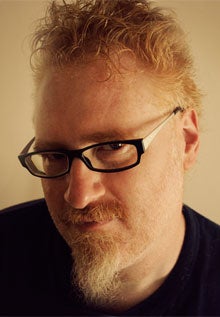 John Casasanta, co-founder and chief of tap tap tap, the three-year-old company that developed and owns the Camera+ app, says he gives his developers a share of the app's revenues instead of a guaranteed salary in order to lower the costs associated with developing the apps and pump out more apps in less time. This arrangement also allows the company to grow through cash flow, not venture capital.

"We've found this model to be extremely effective for us because it helps everyone involved do their best work," Casasanta says.

Bettany is not your typical geek. A woman, a social networker and the self-described "face of the app," her elfin good looks, whimsical how-to videos and intimate knowledge of apps and iPhones (her father, a professor, introduced her to Apple when she was two) have helped her stand out in a sea of largely anonymous tech bloggers. When her blog, MostlyLisa.com, began to gain traction several years ago, she was invited to be a guest on tech podcasts such as MacBreakWeekly and This Week in Tech. Lisa was the host and producer of the TWiTnetwork's weekly photography show, Mostly Photo, and hosted a popular gadget show in Canada called "Get Connected" which ran on Spike, BNN and CTV.

Bettany's photos, tips and inspirational story have led thousands of followers to join her on Twitter and Facebook. In 2008, Casasanta spotted her Twitter Avatar (a wacky photo of Bettany wearing a Viking helmet) and invited her to join the team of developers that was building Camera+ figuring that her zany sense of humor and in-depth knowledge of photography and the iPhone would help his developers create a more popular app. After a year of 12-hour days and nightly brainstorming sessions with developers all over the world, Camera+ was born.

"It's really a team effort," says Bettany, who responds to roughly 200 messages a day from the app's users and doubles as Agent Sophia in The Heist, a popular iPhone game created by tap tap tap's sister company, MacHeist. "We each put in as much effort as we can to earn our share."

Here are Bettany's three tips for other entrepreneurs looking to make it big in apps:

1. Be prepared to adjust your pricing. No matter how great your app may be, nobody's going to buy it if it's too expensive and gets buried in a sea of cheaper, more popular tools. The Camera+ app originally sold for $2.99, with the idea that iPhone users would pay more for a premium app. When sales failed to take off, the price tag was cut to 99 cents and the app shot up to No.2 in the iTunes ranking. Photo contests and buzz from tech blogs have helped, too.

2. Turn your fans into evangelists. Bettany uses her blog to offer tips and tricks on how to use Camera+ to create great photos and encourages fans to download the latest free upgrade. When iPhone users socialize their photos, it also builds buzz for Camera+.

3. Find developers who complement your skills. Bettany credits her app's success to partnering with a talented and creative development team that spans the globe from Austria to New Zealand to San Francisco. Development sessions take place overnight on iChat and Skype, and everybody gets a say in how the app gets built. "We certainly have arguments [over which features to add]," she says, "but we're all passionate about creating great apps."