Cronut Creator Attempts to Whip Up Another Social Media Juggernaut

The creator of Cronuts is trying to harness the power of social media yet again – this time, with the help of Nutella.

Dominique Ansel teamed up with Nutella today to bring the mostly British tradition of feasting on pancakes on Shrove Tuesday to New York City. The pastry chef and creator of the Cronut is handing out free Nutella Pancake Cones on Tuesday from 11 a.m. to 4 p.m.

With Ansel's history of heavily-hyped dessert mashups, from the Cronut, to the Chocolate Chip Cookie Milk Shot, to the Waffogato, Entrepreneur decided that it was essential we check out the giveaway. 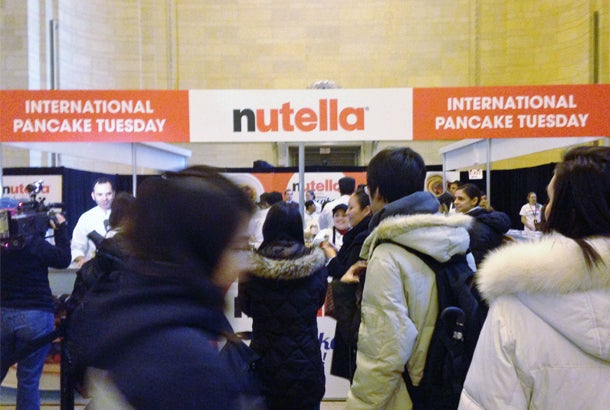 Nutella and Ansel have clearly learned from past social media culinary hits. The official hashtag, "#NutellaPancakeDay" was prominently displayed. There was a space off to the side to pose with cutouts of Nutella and other food items. After waiting in line for a pancake cone, everyone had the chance to take a photo with Ansel.

"We don't have to take a picture with [Dominique Ansel], do we?" whined one woman in line behind me, annoyed by having to wait for each person to pose for a picture with the chef.

Ansel has turned churning out cute pastries that look great on Instagram and Twitter into an art form. Anything he is associated with is essentially social media catnip, especially for the younger foodie crowd. With Nutella as one of the most beloved brands in food, for the two to partner makes sense.

Still, even with – or perhaps because of – the social media emphasis of #NutellaPancakeTuesday, the one-day giveaway lacked the huge online explosion or the in-person presence that the Cronut demanded, and continues to demand. Maybe it was the more simplistic nature of the treat or an unwillingness to venture out on a cold day in New York City, but the frenetic energy the Cronut generates wasn't quite there. 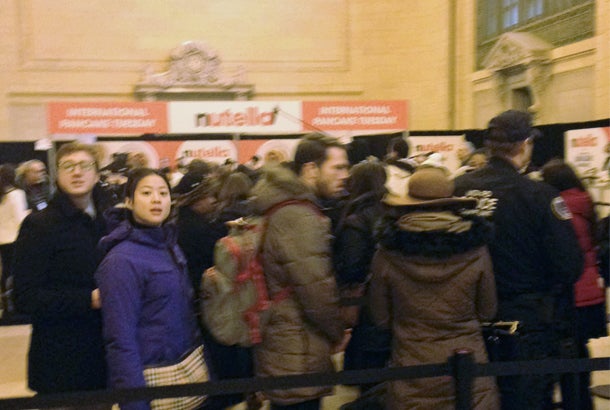 Organizers were prepared for a line that would fill the enormous hall in Grand Central. While there was always a crowd, the line never got close to Cronut levels while I was there. For comparison, last year I arrived outside of Dominque Ansel bakery at 5 a.m. to get a Cronut when the bakery opened at 8 a.m. Today, I arrived at Grand Central at 11 a.m., and had two tiny pancake cones in my hand by 11:20 a.m.

Dominque Ansel may have made a business out of selling pastries for the social media era – but none are likely to rival the treat that started it all, the Cronut.

Related: Hello, 'Waffogato': Has the Cronut-Creator Gone Too Far for PR?