By John Shinal
August 1, 2012
Opinions expressed by Entrepreneur contributors are their own. 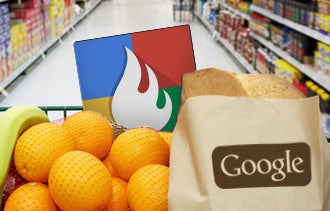 The market for social media marketing is heating up, and among the first big winners are two entrepreneurs whose four-year old software company, Wildfire, was just bought by Google for a reported $250 million. Instead of placing ads triggered by keywords in search queries, Wildfire campaigns are targeted based on the personal and behavioral data contained within social media user profiles.

The Silicon Valley startup is the third business built by the entrepreneurial team of Victoria Ransom and her co-founder and fiancé, Alain Chuard. Founded in 2008, Wildfire became one of the leading makers of software used to run contests, promotions and other marketing campaigns on social media sites such as Facebook, Twitter and LinkedIn. In the last two-and-a-half years, the company has grown from five employees to 400. It now serves 16,000 businesses and counts 30 of the top Fortune 50 brands among its customers.

So how do you build a business that gets acquired by the world's largest search advertising company for a reported nine-figure sum? For Wildfire's founders, one part is having complementary skill sets, with Ransom leading the business and operations efforts and Chuard driving Wildfire's product development.

The pair also built a business around a product aimed at a fast-growing market that they believed was being underserved. They founded the company after being disappointed in their own attempts to market their adventure travel company on Facebook. So Chuard designed a custom piece of software to do the job. The product helped them win a $250,000 first prize from Facebook's own venture capital arm, the fbFund, in the summer of 2008.

It was that cash injection, along with a lot of long hours by the founders and Wildfire employees, that helped the business take off. Along with competitor Buddy Media, which was acquired in June by Salesforce.com for $689 million, Wildfire became one of the largest makers of social media marketing software.

Database giant Oracle Corp. was the first on the buyout wave when it acquired cloud-based social marketing platform Virtue in May. Together, the three deals represent a $1 billion investment in a market that right now is comprised mostly of online ad campaigns targeted at users of social networks. The presence of Oracle and Salesforce.com, a top maker of online-based customer-tracking software, in this market suggests they see it becoming a broader one that also includes a range of marketing and other business services, for corporate and small-business clients.