Vuzix will introduce this year its sleekest pair of AR glasses.

While virtual reality is changing the way we watch video, play games and communicate, augmented reality will change the way we work and navigate the world.

Microsoft reportedly shipped the developer version of its Hololens, Google is reportedly working on a follow up to its ill-fated Glass and much buzzed-about startup Magic Leap will also introduce its own AR hardware.

With two titans and a unicorn startup leaving their footprints in the AR field, how can the much smaller Vuzix compete? By aiming lower, says founder and CEO Paul Travers.

"We come from the perspective of practical," he told me at the company's CES booth. "We don't think you need to land the whale. It's a different approach than most companies."

Indeed, its newest device, the Blade 3000, may just be the first piece of AR hardware to be adapted by tech enthusiasts since the Google Glass. The company is aiming to introduce it to the market for under $1,000 this year, with the price dropping to under $500 in 2018. And unlike the $1,500 Google Glass, which had a design that resembled a one-eyed cyborg, the Blade 3000 looks like a pair of Oakley sunglasses. 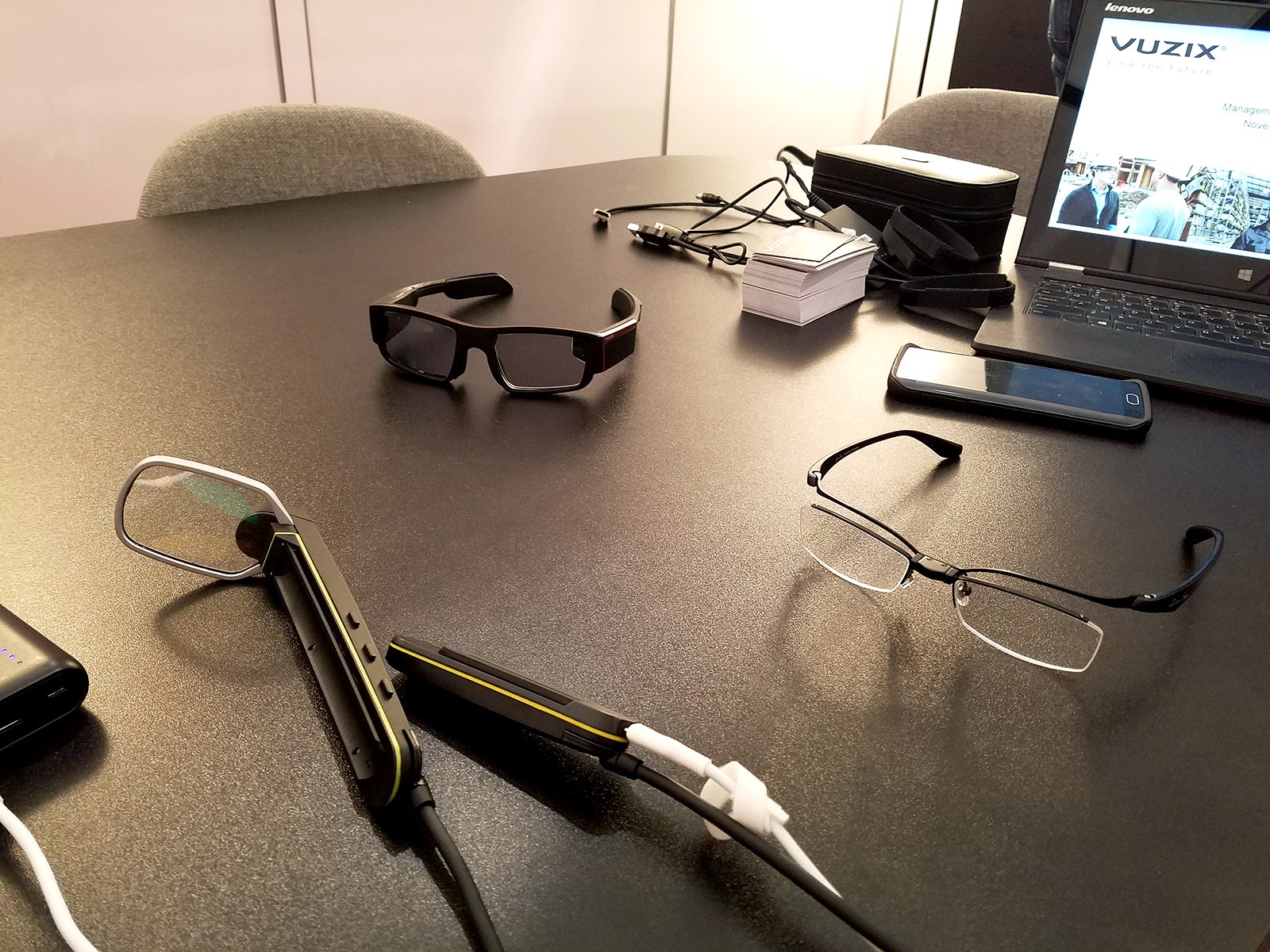 The AR glasses, which features a 64 GB storage module to hold its Android-based software, connects via Bluetooth to your smartphone. It also features a camera that measures depth, has sensors to detect movement, GPS and a touchpad to work its interface. The display works by projecting light through the glass to project an image in front of you.

"Our vision to make it so you never have to pull your phone out," Travers said. "It's about connecting the web to the real world."

I tried on the glasses and was impressed with the way they fit. During a demo, I was able to see how the device would project text messages, GPS directions and video. It wasn't overpowering my surroundings, so I could imagine walking down a busy sidewalk or even driving with them once I get used to it.

In my profession, I could utilize the Blade 3000 to see questions during interviews and record audio. I could also pull up additional research.

As impressive as the Blade 3000 seems, though, they are still a bit large for glasses. Travers acknowledged this and said the company will work on shrinking the technology.

"It's a real first good kick at the can," he said.

While this is the company's first attempt at a consumer product, Vuzix has a strong enterprise customer base. Its clientele includes DHL, which uses the company's smart glasses to pick packages in warehouses. The company also works with the Armed Forces, which requested an Oakley style pair of glasses so field operatives wouldn't have to risk their lives whenever they opened a laptop in the field. 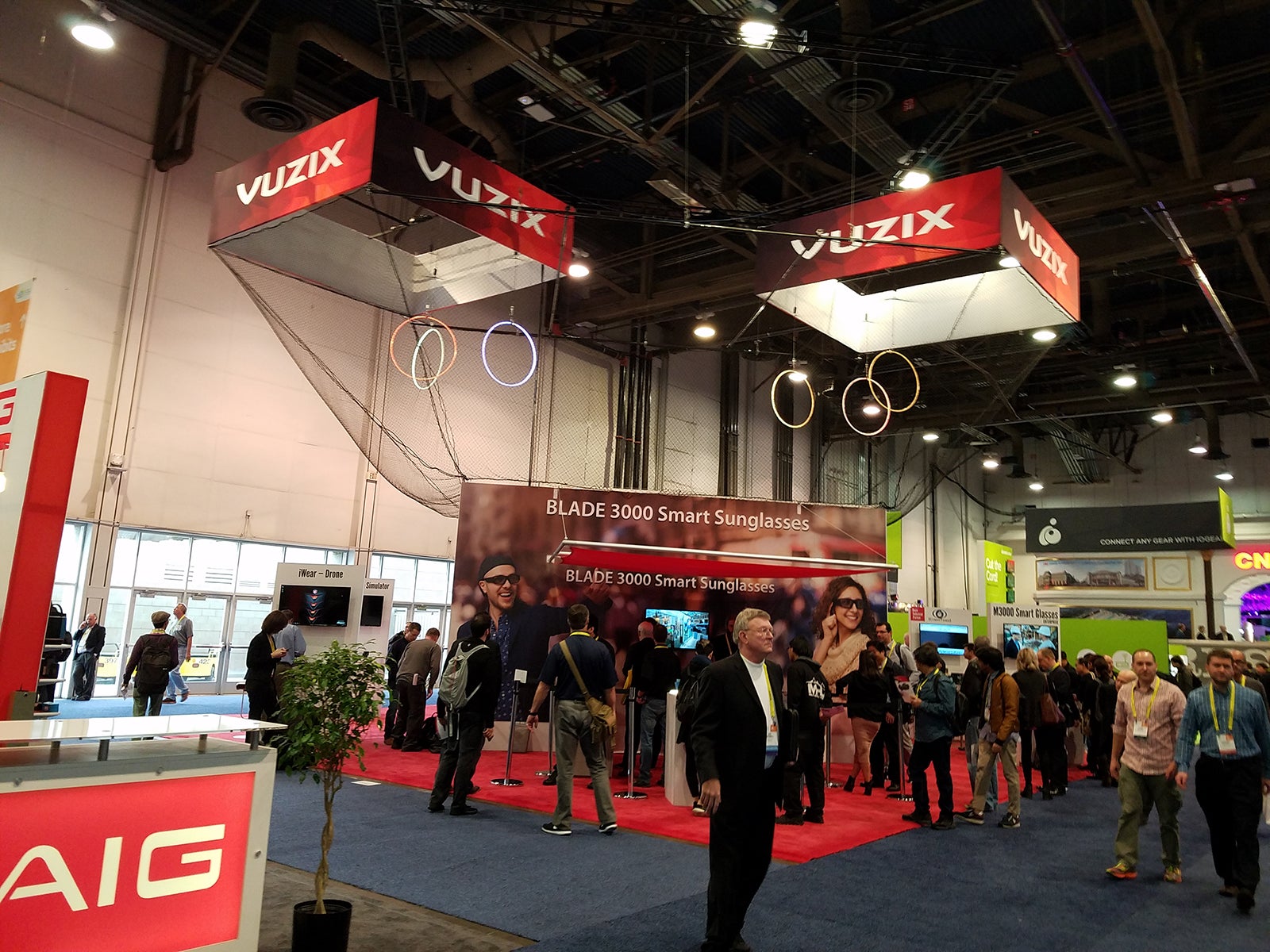 Travers also sees Vuzix's potential for any company that deals with customers directly.

"Our enterprise business is getting ready to kick into overdrive," he said.

Vuzix, which was founded in 1997, holds more than 41 patents and has 10 additional patents pending, according to its website. It received a $24.8 million investment from Intel in 2015. Travers had worked at Eastman Kodak but said he left after many of his projects were killed by the company. He first started a business making sound cards in a basement and then sold it.

And even though Vuzix has been around for two decades, he still doesn't consider the company successful.

"If you want to succeed at being an entrepreneur, you just have to not quit, have tenacity," Travers said. "You've got to be willing to hang through the hard stuff."

Here are three key steps to building a brand that stands out.

Mason Stonehouse of Chesterfield, Michigan, grabbed his dad's phone and treated himself to chicken sandwiches, ice cream, and more.