Location-Based Check-Ins on the Rise with Consumers

By Mikal E. Belicove
May 17, 2011
Opinions expressed by Entrepreneur contributors are their own. 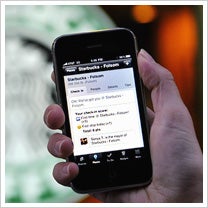 Just when you thought American's love affair with their mobile phones couldn't get any closer. A recent study shows that an increasing number of mobile-device users -- a.k.a. would-be customers -- are taking advantage of geosocial and location-based check-in services such as Facebook Places, Gowalla and Foursquare.

One in five smartphone users currently use location-based "check-in" services on their phones, representing 16.7 million U.S. mobile subscribers, or about 7 percent of the nation's total mobile phone population, according to a recent study from comScore, a Reston, Va., audience measurement service.

That's quite a jump from the piddling 4 percent figure announced after the results of a Pew Research Center survey were released just last November. But for small business owners who've been looking to geolocation services to put them on the map in front of new customers, that growing propensity for check-ins is certainly welcome.

The comScore study found that 16.7 million mobile phone subscribers accessed retail sites and shopping guides on their phones during the one-month test period. Further, 12.7 million of those participants said they did so on a smartphone -- a figure that represents 17.6 percent of the nation's smartphone users. That's an impressive growth statistic when you consider that companies like Foursquare and Gowalla launched in 2009 and 2007, respectively.

The study also showed that nearly 60 percent of check-in service users were mobile-phone users between the ages of 18 and 34. These younger proponents of Facebook Places, Foursquare, Gowalla and other check-in services were more likely to be full-time students (23 percent) when compared with the general population of mobile and smartphone users (15 and 17 percent, respectively).

Such strong adoption of these digital services by consumers illustrates how important it is for businesses to begin doing more than just thinking about finding customers by way of offering specials, deals and other incentives through mobile devices. In fact, it's probably past time for businesses to begin leveraging and then profiting from the rapidly evolving check-in arena.

After all, offering specials and deals has the potential to draw new customers and generate new leads on a local level. The reason? If people search for deals near them, or when they check in someplace, they're pushed deals nearby. If I act on those pushes, I've become a new customer or lead for someone's business.

With participation topping 7 percent, now's the time test a deal or two and start rewarding mobile users for checking in. To create a special on Foursquare, start by claiming your venue or brand, and then follow the onscreen instructions. To claim your Place on Facebook, search for your business name on Facebook. If a Place already exists, click the "Is this your business?" link and Facebook will help you claim your Place. To create an Individual, Loyalty, Friend or Charity Deal on Facebook, start by downloading and reading Deals Guide for Businesses.

If your business isn't using location-based services to find customers, what's holding you back? Leave a comment below.