By Mikal E. Belicove
November 17, 2011
Opinions expressed by Entrepreneur contributors are their own. 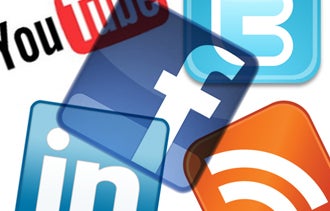 The vast majority of small-business owners are discovering that social media doesn't have to be painful. And as a result, those entrepreneurs who are choosing to take advantage of social channels say they're reaping huge rewards besides being able to commune with customers, according to a new report.

The Fall 2011 Attitudes and Outlook Survey from email marketing firm Constant Contact, shows that small businesses are wising up to their customers' desire for engagement. And they're responding to that desire by actively "listening" to their clients -- on Facebook, Twitter, LinkedIn and company web sites.

Here are three benefits business owners cite from their use of social media:

Cost savings. In the half year that has lapsed since its last survey, found that the owners who said they're allocating time to social media marketing climbed to an eye-popping 81 percent, up from 73 percent six months earlier. When asked why, 83 percent of owners said they could pinpoint cost savings at the top of their reasons to market online. That's up from 72 percent in the spring 2011 study.

Ease of use. Another 67 percent of owners said the fact that social media marketing is easier to master and utilize brought them around. That's up from 54 percent in the previous survey. And it didn't hurt a bit that 51 percent of these surveyed merchants and business people discovered that their customers prefer to use media channels, up from 38 percent six months ago.

Improved efficiency. Forty-five percent of those responding to the survey said they were attracted to the fact that social media marketing doesn't consume a whole lot of their time, a figure that's up from 32 percent in the spring study.

The business owners surveyed further pointed to Facebook as their No. 1 turn-to social media tool, with a 96 percent approval rating. Another 76 percent say they use Twitter -- up from 60 percent last spring. As for actually using such tools in their marketing strategies, 86 percent said they preferred Facebook, up from 82 percent six months ago. Sixty percent find Twitter to be effective for their marketing channels, up from 47 percent last spring. And 55 percent found using LinkedIn as a marketing tool makes lot of sense for their business, up from 47 percent last time around.

The business owners surveyed are not ignoring other forms of marketing, however. Seventy one percent say they use print advertising, 66 percent use online advertising and 55 percent use event-marketing strategies.

What are the benefits you've found from using social media? Leave a comment and let us know.