By Mikal E. Belicove
August 23, 2011
Opinions expressed by Entrepreneur contributors are their own. 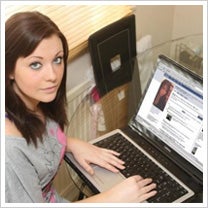 The term "Facebook Fatigue" has wriggled its way into the business lexicon -- most recently, in a pair of reports claiming there is flagging support for social media sites among users. The notion is that people are bored with Facebook and social networking in general or are finding other places to spend their social time online.

Although some people are in fact tired of Facebook and social networking in general or they're finding other places to spend their social time online, the majority of people are holding tight. Instead of proving Facebook's demise, the reports fail to key in on the most critical data: The act of "Liking" branded business pages is on the rise, and more people -- not less -- are using Facebook than when they first signed up.

Separately, a Global Web Index report notes a decline in consumers who are using social media to find new contacts, join a member-managed group or send messages to their friends. From July 2009 to July 2010, Global Web Index says "there has been a large level of decline in contribution and active participation in Facebook" -- citing disinterest primarily among the young and college-educated who were the original adopters of Facebook.

OK, a few observations on my part. First, I would hardly characterize the 24 percent of consumers saying they use social media sites less than before as a "fatigue" -- certainly not when 37 percent of those surveyed say they use it more. And I see no "fatigue" inference just because fewer people use these sites for messaging, joining groups or finding friends. As I pointed out last week, email is still the king of messaging, and the "finding friends" ticker is probably down because most of us have already found our friends. I mean I have 804 registered Facebook friends.

Turning to the Global Web Index report -- and this is important for businesses -- is the revelation that joining a branded group (liking a Facebook Business page, for example) is actually on the rise, with charts indicating a 5 to 10 percent increase in such numbers. Also on the rise are the uploading of photos and videos to personal profiles.

But more to the point, a quick look at eMarketer's Worldwide Social Network Ad Spending: 2011 Outlook shows that Facebook advertisers will spend $4.05 billion this year and another $5.74 billion next year. The only "fatigue" I see here is maybe counting up the proceeds. So before business owners begin fleeing Facebook and other social media sites over rumors of "fatigue," consider this: Businesses that embrace social media in their marketing mix will continue to find great results, while those that choose to use fatigue as an excuse not to participate will only stunt their own growth.

Have you noticed Facebook Fatigue among the people your business targets? Let us and other readers know by leaving a comment below.