The Tools That Helped One Man Skip the Daily Staff Meeting

This founder uses apps to connect a team scattered across the globe.

Steven van Wel felt like he was always on the lookout for wireless service. But the places he could stay connected weren't always the places where he wanted to work. Two years ago, he launched Karma, a mobile wireless service, to solve this common problem for himself and other mobile workers. When you purchase Karma, you receive a pay-as-you-go Internet hot spot and can share that wireless signal with those around you.

One of the biggest challenges Karma faces is that its 15-person team is spread out over 4 time zones with a 16-hour difference between San Francisco and Seoul, Korea. To overcome these obstacles, van Wel uses apps to keep everyone connected and on the same page.

Here are three apps he can't live without: 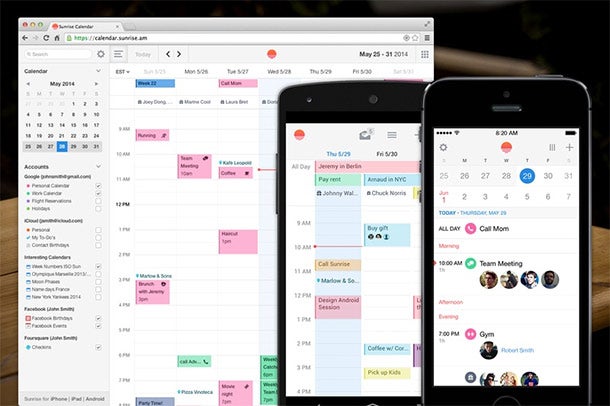 Sunrise. Van Wel was unhappy with the basic Apple Calendar app he was using because it was cumbersome to send out meeting invites and he had to manually enter addresses into meeting invites. He discovered Sunrise about six months ago after meeting one of the company's investors and was immediately impressed with its simplicity for scheduling meetings. Van Wel likes that Sunrise includes all the social media links for meeting participants in meeting invites, inserts the address of the location and automatically sets up a Google Hangout for the meeting. "I have a meeting this afternoon with a potential customer, and I can click on the social media links in the invite right before the meeting so I can read his latest tweets and know what is important to him at the moment," van Wel says. "I used to often be late for meetings because I spent valuable time walking around asking strangers if they were the person I was meeting. But today I will just look at Alex's picture on my phone as I walk through the café and get to my meeting on time."

Related: The Art of Keeping Your Team Focused on the Same Goal 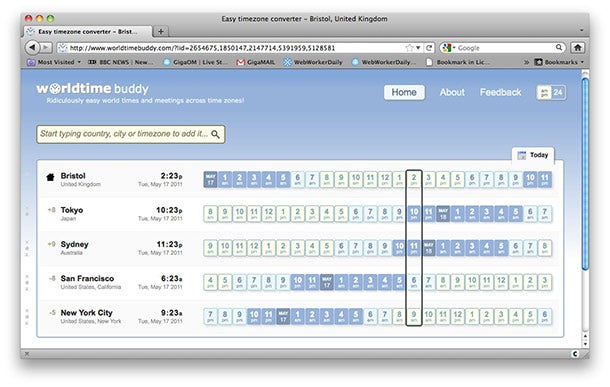 World Time Buddy. Last year, Karma needed to cancel an important conference call scheduled with people scattered in four different time zones because a key player didn't show. That caller hadn't known that Daylight Savings Times started a week earlier in Amsterdam than the U.S. and hung up before the call started. Since mistakes like this were common, an employee told van Wel about this tool (and mobile app) which automatically calculates the time zones, including daylight savings times for all meeting participants. "The big difference in this app and other time zone apps is that we can integrate the app into our calendar program so we can see everyone's schedule," van Wel says. "Since we have started using World Time Buddy, we haven't messed up on one meeting."

Related: 6 Productivity Apps for the Entrepreneur on the Go 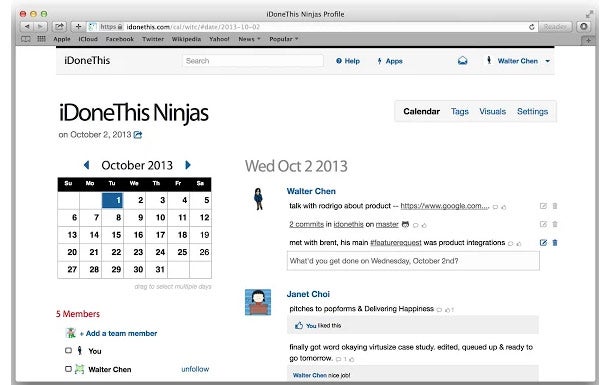 iDoneThis. At its launch, Karma employees held short staff meeting on Google Hangouts at each day's start. But this system soon become unmanageable. "When it was 9 a.m. in New York, our employees in San Francisco were still sleeping." No one time was perfect for every time zone and it was difficult to track what each team member was working on. An iDoneThis investor clued van Wel into iDoneThis and now instead of the daily meetings, each staff member sends out a 140-character message to an internal website. The app then sends team members a summary email of all the statuses at a time of each person's choosing. He estimates that this app saves each of his employees at least 30 minutes of time each day because they no longer have to sit through daily staff meetings. "The app has really helped our team know exactly what each other is working on each day even though we are working in several different continents."