Brian Patrick Eha
home
May 10, 2013 min read
Opinions expressed by Entrepreneur contributors are their own.

When F. Scott Fitzgerald published The Great Gatsby in 1925, few people realized what an iconic figure of American entrepreneurialism he had created in the mysterious Jay Gatsby. With Baz Luhrmann's film adaptation The Great Gatsby opening in theaters today, there's no better time for a look at what we can learn from Fitzgerald's hero and other fictional entrepreneurs.

Here's a look at 10 of the most memorable entrepreneurs from books, movies and TV shows. Some of them are figures to emulate. Others serve as cautionary tales. But all have one thing in common: They are fascinating and dynamic characters, much like entrepreneurs in real life. 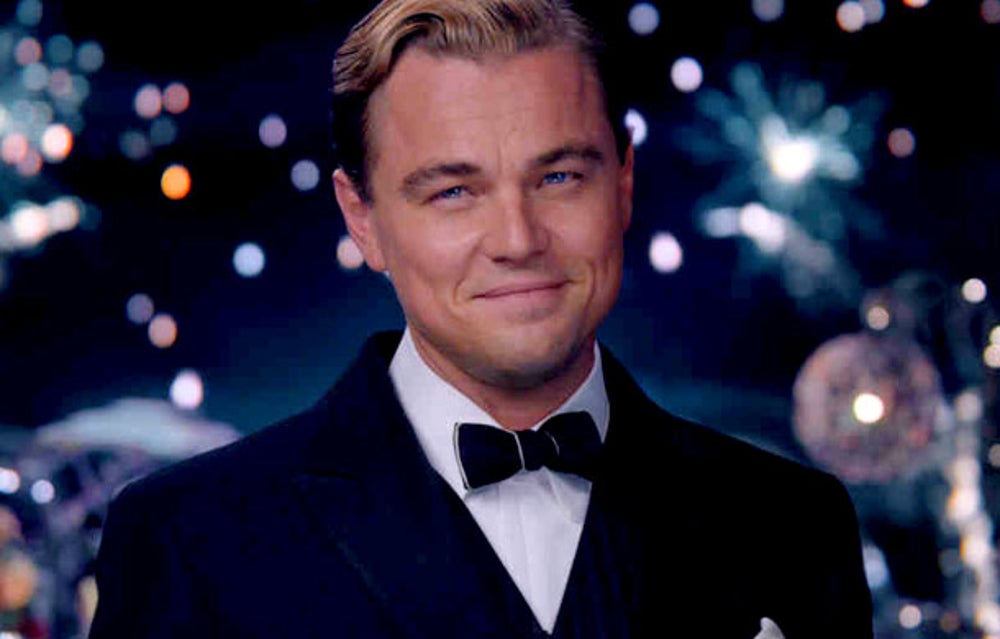 The enigmatic central figure of F. Scott Fitzgerald's masterpiece, The Great Gatsby, Jay Gatsby lives in a huge mansion on Long Island. He hails from an impoverished Midwestern family; he may have acquired his wealth through illicit means. He throws lavish parties to attract the attention of Daisy Buchanan, a woman with whom he has been in love since he was a young man. His life ends dramatically in a mixed-up murder.

Lesson: Having high standards is great -- Steve Jobs had them, as do many other successful people -- but there's a difference between high and impossible. Don't kill yourself for an unrealizable dream. 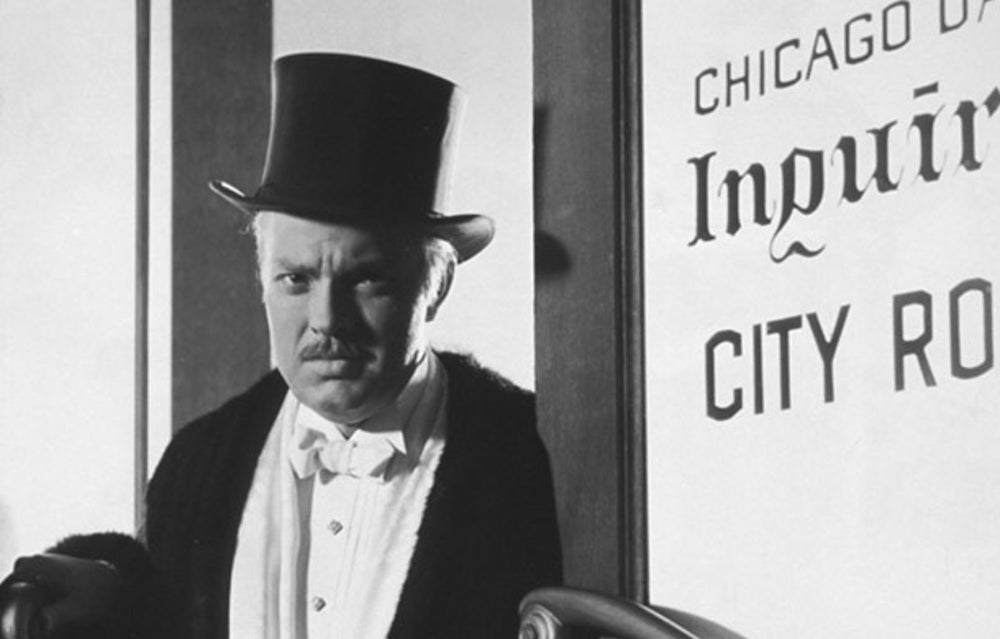 A newspaper magnate, Charles Foster Kane gets his start when he buys a newspaper and builds it into a media empire. Based on the real-life newspaperman William Randolph Hearst, Kane is impressively driven but egomaniacal. He tries to enter politics but must withdraw from the race because Kane's opponent discovers that he is cheating on his wife. Late in his life, he retreats to the 49,000-acre estate he calls Xanadu, and dies remembering a childhood plaything -- perhaps the only thing in life that ever made him happy.

Lesson: Your dirty laundry will be discovered sooner or later, so it's best to play by the rules if you want to stay in business. 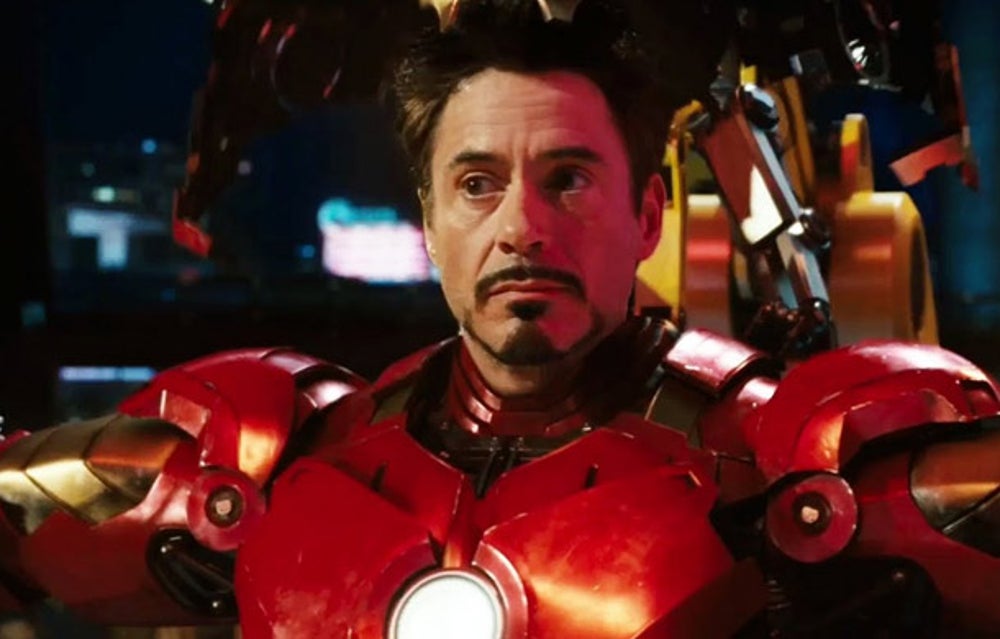 A billionaire playboy and technologist, Tony Stark founded his company Stark Industries to develop weapons for the United States military. But he is captured in the U.S.-led war in Afghanistan and instructed by his captors to build a weapon of mass destruction. Instead he builds the first prototype of a powered suit of armor and escapes, becoming the superhero Iron Man. Through the years, he continually improves his armor while developing new technologies for national defense and clean energy.

Iron Man's creator, Stan Lee, said he wanted Stark to be the "quintessential capitalist," so he based the character on Howard Hughes, a real-life businessman, inventor and ladies' man. Iron Man 3, the latest film in the franchise, grossed $175 million in its opening weekend earlier this month -- the second-highest opening ever, after The Avengers, which also featured Stark.

Lesson: Even in moments of crisis, never stop innovating. 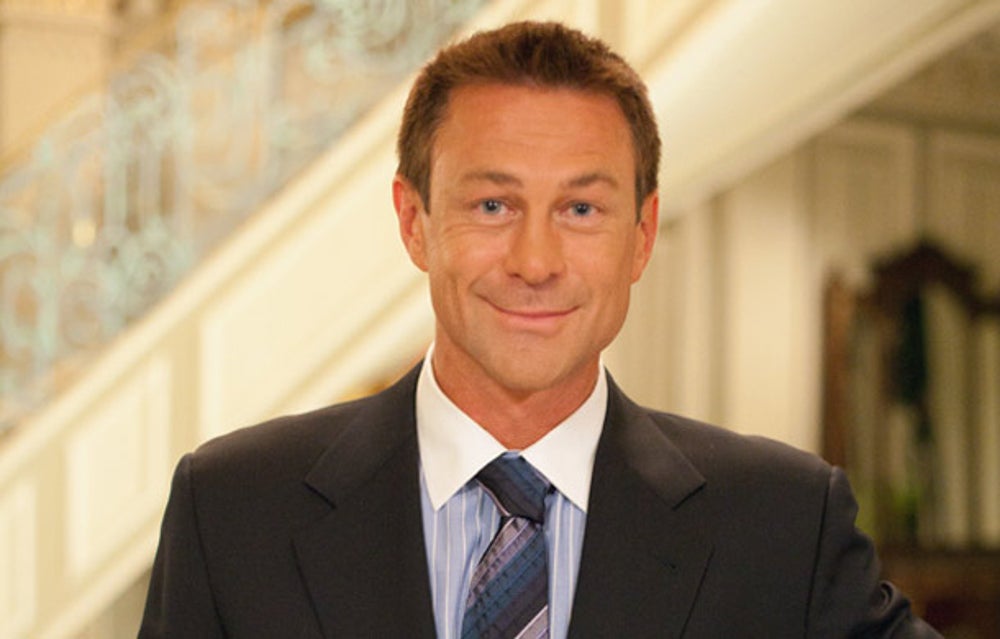 One of the heroes of Ayn Rand's influential novel Atlas Shrugged, Hank Rearden is the founder of Rearden Steel, portrayed as the most successful steel company in the U.S. A self-made man, Rearden is also a gifted inventor and metallurgist. He develops Rearden Metal, a proprietary alloy that is stronger and lighter than steel. He later runs afoul of the government, which in Rand's dystopian novel is nationalizing the assets of business owners, and is indicted. Rearden defends himself successfully in court, receiving a standing ovation from the crowd. He eventually joins a group of entrepreneurs and creative people who have gone on strike -- refusing to operate their vital businesses -- to protest the government's destructive policies.

Lesson: Fiercely defend the right to your own intellectual property and the value of your work. 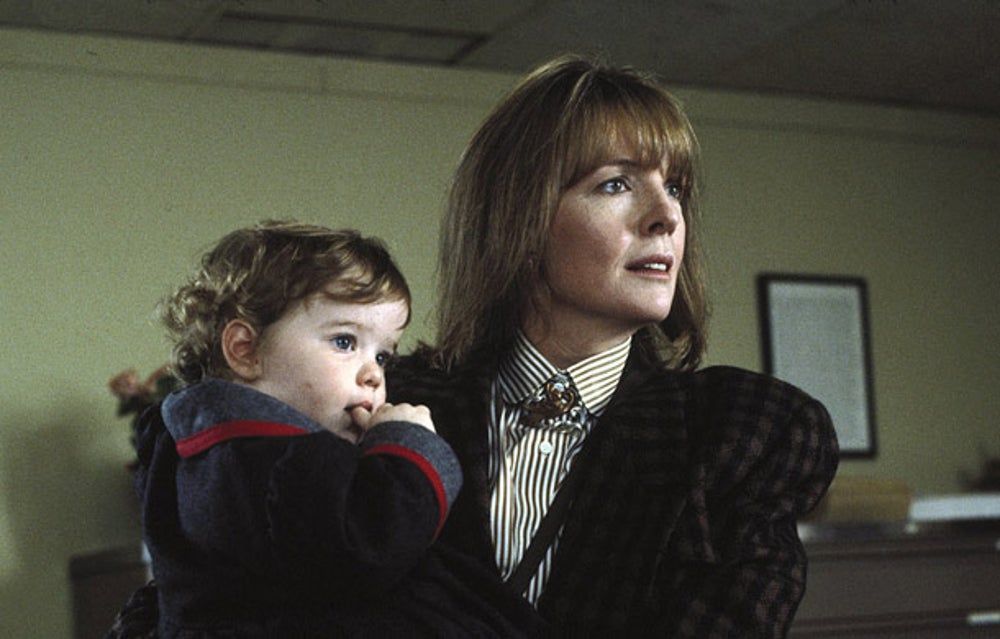 J.C. Wiatt is a demanding management consultant, nicknamed "Tiger Lady" for her toughness, living a fast-paced life in Manhattan. But her life is turned upside down after she inherits a baby girl, Elizabeth, from a deceased cousin. She eventually loses her job because the baby is taking up too much of her time and energy. At her wit's end, she moves to a country house in Vermont and strikes on the notion of selling all-natural applesauce -- which she had created for Elizabeth -- as baby food. When her applesauce business takes off, her old boss offers to buy her company for millions and bring her back to New York. Wiatt turns him down, deciding, as so many entrepreneurs have done, to grow her business on her own.

Lesson: Pivoting away from the life you thought you wanted can sometimes lead to an even better second act. 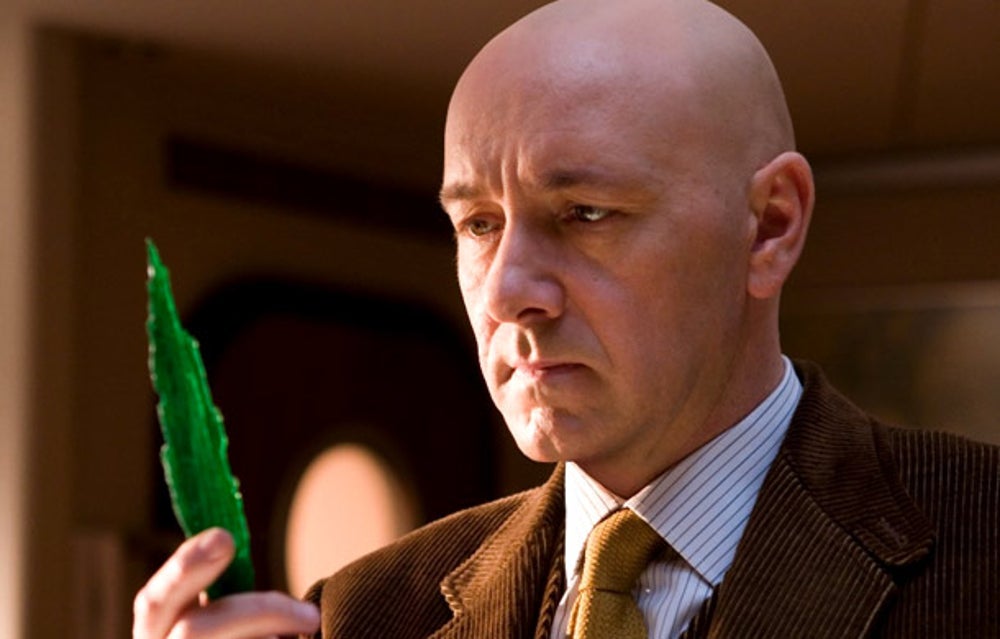 Lex Luthor, one of Superman's archenemies, is the founder and CEO of LexCorp, an aerospace engineering firm turned multinational corporation. A genius inventor and criminal mastermind, Luthor battles Superman and other heroes while competing with Bruce Wayne's Wayne Enterprises for lucrative business contracts. Luthor grew up in poverty but managed to attend the Massachusetts Institute of Technology, after which he founded LexCorp and began plotting to extend his power over the entire planet and beyond.

Lesson: Determination, smarts and hard work can take you far from humble beginnings. Just try not to become a world-conquering madman while you're at it.

Daniel Plainview, 'There Will Be Blood' (film) 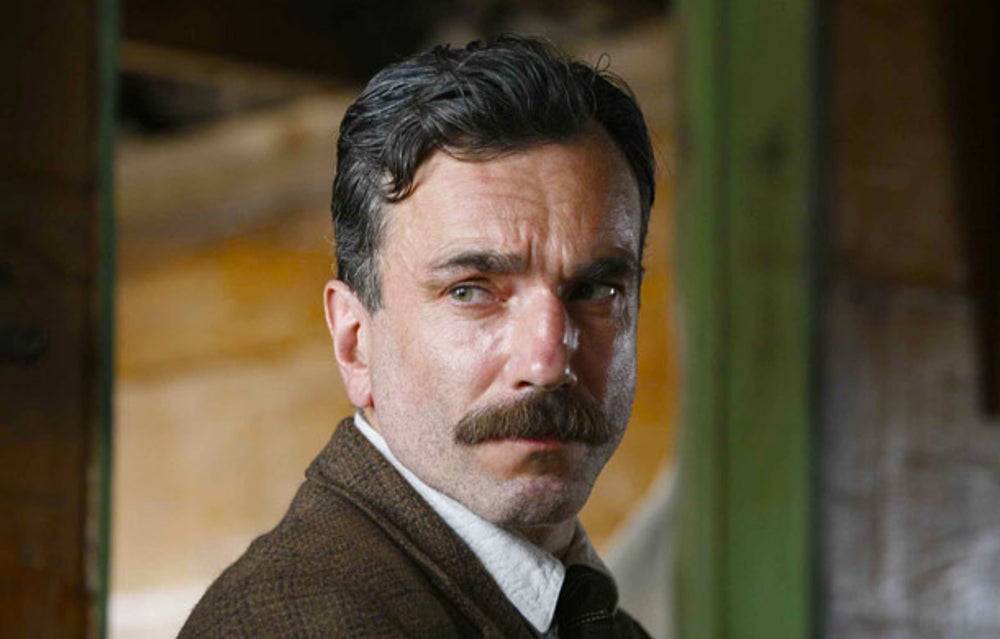 Daniel Plainview is a late-19th-century American oil man who suckers simple folks into selling their oil-rich land at low prices. After one of his workers is killed in a drilling accident, Plainview adopts the man's son, H.W., as his own. Plainview continues his insatiable hunt for wealth, buying up land and fending off a buyout offer from the much larger company Standard Oil. Only after H.W. loses his hearing in an explosion does Plainview realize how much he loves the boy. But, frustrated at his inability to communicate, he grows distant from H.W. and loses much of his sanity as he grows old.

Lesson: Family trumps business. Don't be so focused on your career goals that you forget the people in your life who help make your achievements meaningful. 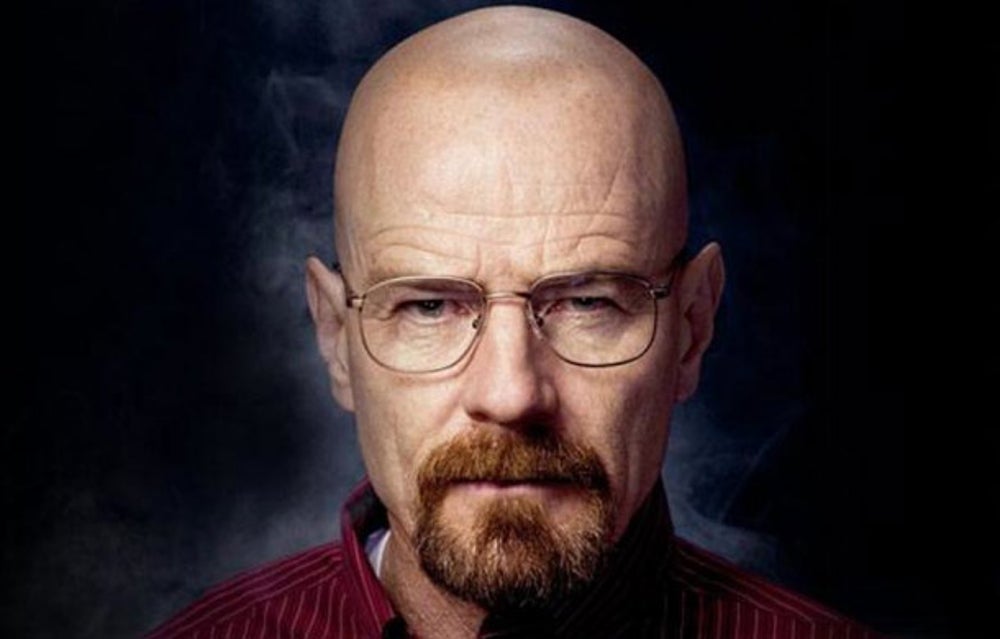 As a young graduate of the California Institute of Technology, Walter White co-founded Gray Matter Technologies, a scientific research facility. He later sold his share of the company to his partner for only $5,000, only to watch bitterly as the company's net worth climbed north of $2 billion. A brilliant scientist, White is working below his potential as a high-school chemistry teacher when Breaking Bad begins. A doctor diagnoses White with terminal lung cancer soon after his 50th birthday, causing White, in desperation, to cook crystal methamphetamine as a quick way of making enough money to provide for his family after his death. White gradually transforms into a ruthless drug kingpin, satisfied to have once more found something he can do better than anyone else.

Lesson: Don't be an underachiever. Find something you're truly great at, and stick with it.

Samantha Jones, 'Sex and the City' (TV and film) 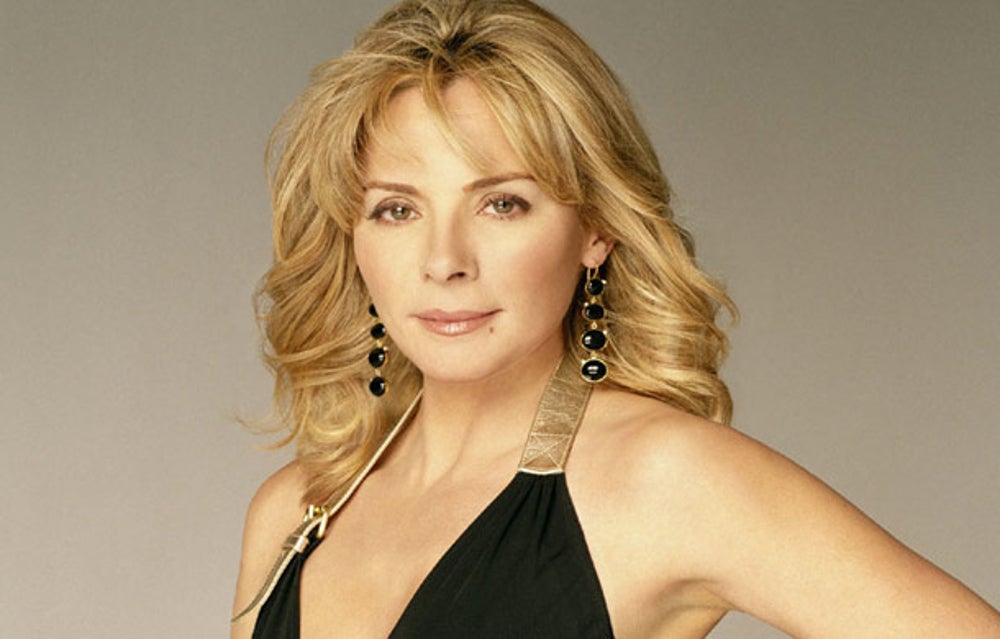 Samantha Jones runs her own public-relations firm in Manhattan. A successful executive, she also loves to party, and is famously driven in both her work and her personal life. But her flamboyance sometimes gets the best of her. In Sex and the City 2, while on a business trip to Abu Dhabi, Jones is arrested for breaking public indecency laws. In response, the Arab sheikh who had flown her out to develop a PR campaign for his business cancels their meeting, and Jones and her friends -- who tagged along on the trip -- must flee the country.

Lesson: Confidence in yourself is crucial, but when doing business abroad, learn and respect the local customs. 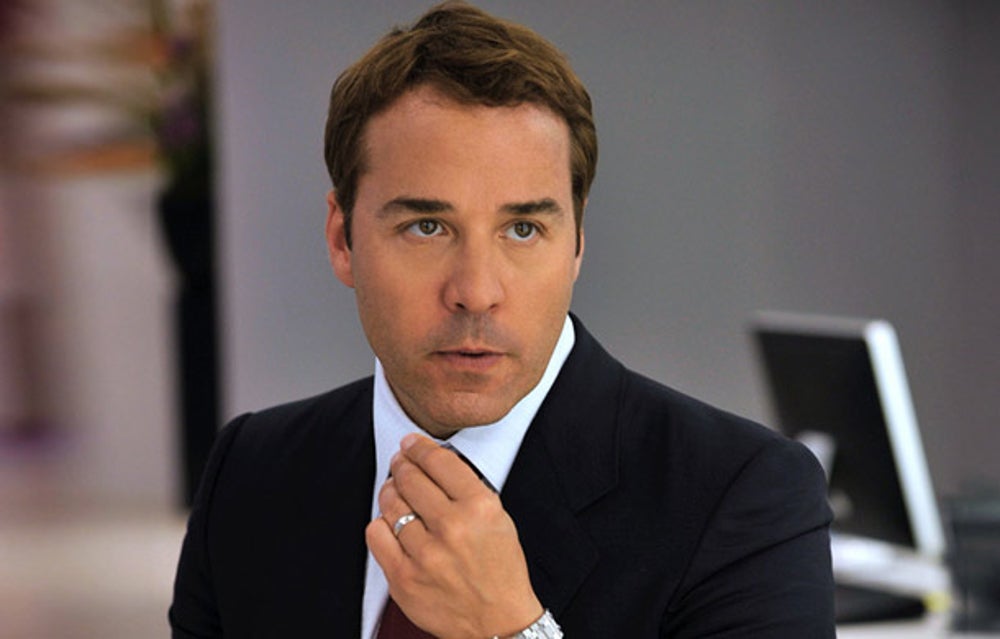 A brash talent agent who co-founds his own agency, Ari Gold represents movie stars and other big-time clients. He landed in Hollywood after earning an undergraduate degree from Harvard and a dual MBA/JD from the University of Michigan. Throughout the Entourage series, he does whatever it takes -- including sabotaging other agents and their clients -- to make things go in his favor. While his take-no-prisoners approach brings him great success, it also earns him more than a few enemies. At the end of the series, he leaves the pressures of his business behind to travel the world with his wife.

Lesson: Don't be afraid to do some wheeling and dealing when necessary, but don't burn too many bridges. You may need to ask those people for help later.