Robotic Bartenders, Brainwave-Reading Headbands and a Jetpack Like James Bond's

Sometimes when you see or read about a new app or gadget that's truly innovative, or perhaps so far out there, you stop in your tracks and want to tell everyone you know about them. That's how we feel about these 10 examples of technology that are pushing the envelope.

From new software that lets you turn any surface into a touch screen, to a digital tattoo that's only visible when detected by a smartphone to a personal jetpack that makes us think of James Bond in Thunderball, these new technologies make us scratch our heads and say, 'What the heck?'

Turn any surface into a touch screen. 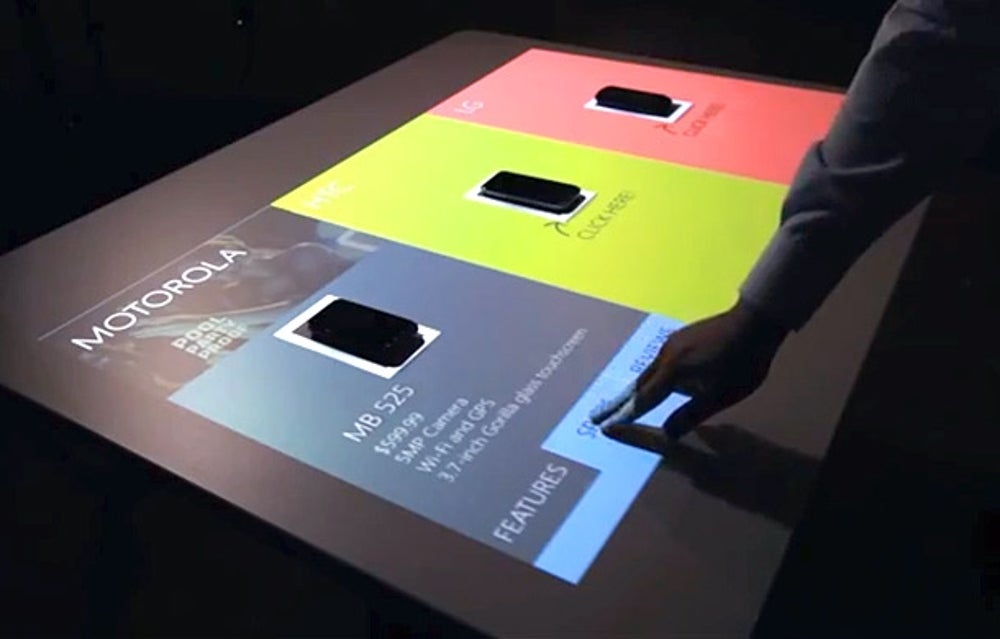 A computer or tablet screen, or even a traditional projection monitor simply aren't good enough anymore. We love our tech and want to be able to interact with it wherever we are. That's why a Seattle-based startup called Ubi Interactive has partnered with Microsoft to develop software that allows users to project their screen onto any surface and then control it simply by tapping on the projected image.

Read More: This New Software Lets You Turn Any Surface Into a Touch Screen 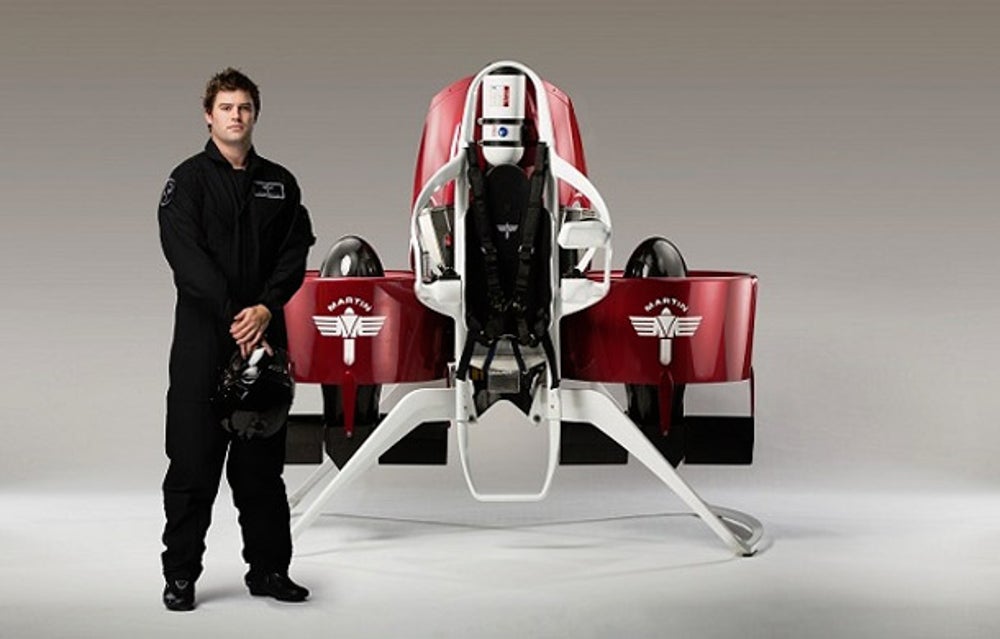 Remember James Bond in 1965's Thunderball when he fired up a jetpack to escape a group of angry gunmen? We hope you don't have any assassins hunting you, but you could someday use a jetpack to get around. Thanks to a New Zealand company called Martin Aircraft which has developed a jetpack-like machine that shoot up 5,000 feet above sea level. It even comes with a rocket-propelled parachute in case the pilot loses control.

Read More: Move Over James Bond. Here Comes a Jetpack for the Rest of Us 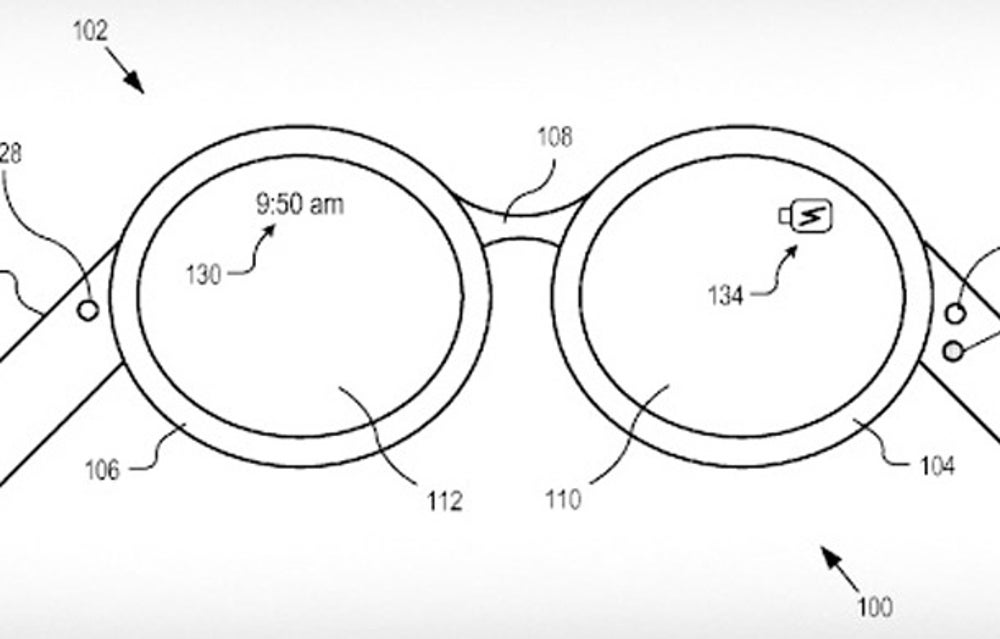 What if Google could track everything you looked at? Now, what if Google could then charge advertisers fees based on the ads you actually look at? It might sound crazy but might not be far from reality. Google has a patent for a gaze-tracking system that could monitor the pupils of those wearing a head-mounted device. Maybe like Google Glass. Yep. No joke.

Rock out with this iPhone 'instrument'. 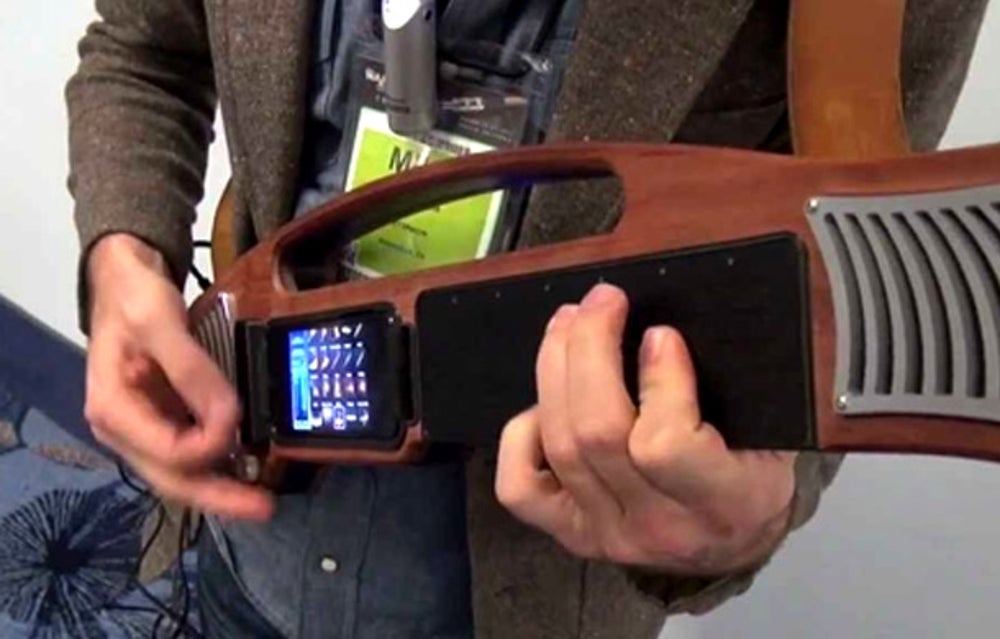 Yes, you can listen to music on your iPhone. But there's at least one way for you to turn your iPhone into a virtual orchestra. Enter Artiphon's Instrument 1. To start, you slide your iPhone into the dock. Instead of actual strings, a player strums or picks the raised ridges on a pressure-sensitive surface. The smartphone then receives information about what you're playing from the device and computes that into musical notes.

Read More: This 'Instrument' Lets You Rock Out With Your iPhone 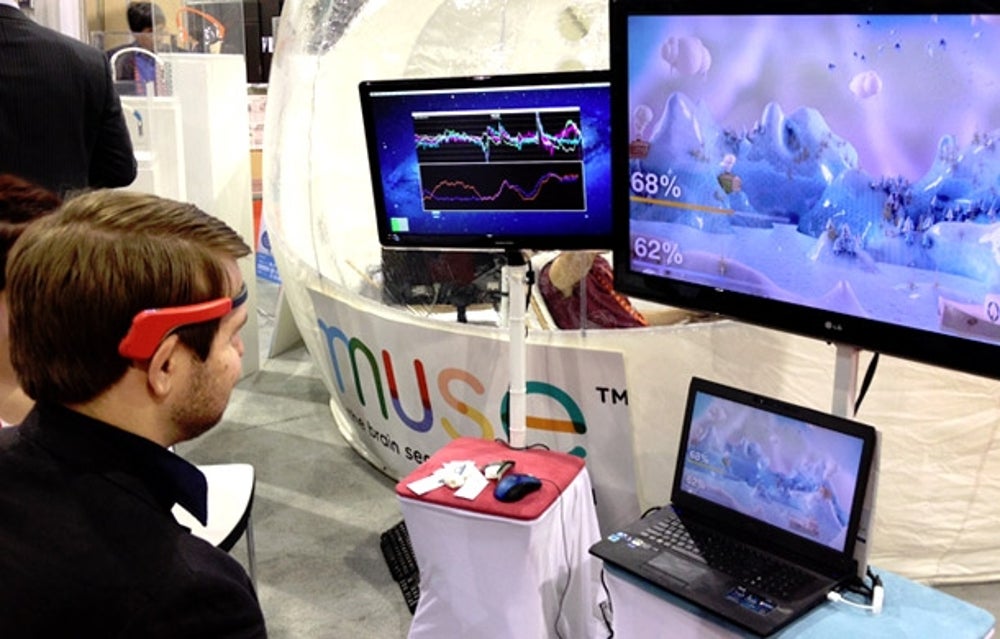 If being able to control a tablet with your mind sounds pretty cool, then Toronto-based InteraXon has a device you might want to see. It has created something called the Muse: a headband that's equipped with six sensors that read and measure the wearer's brainwaves. It then translates the information to binary code. The idea is that you could potentially use the headband to control your gadgets -- all without lifting a finger.

Read More: Check Out This Brainwave-Reading Headband That Could Control All Your Devices 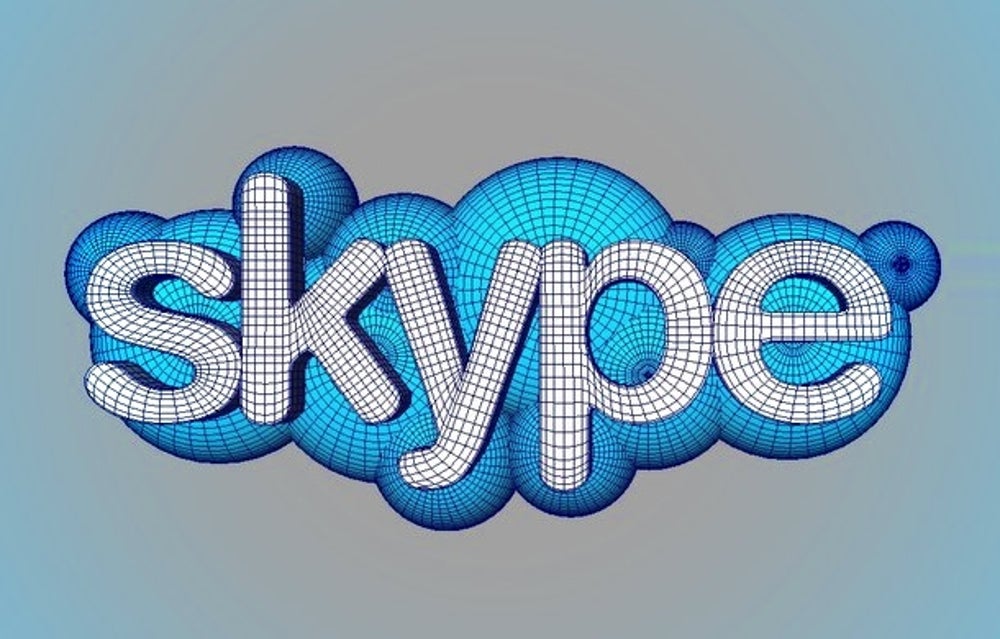 It's still a ways off, but Microsoft's Skype is developing 3-D video calling technology. That means that, if successful, this new technology could allow people to sit in on conferences virtually, in 3-D form, as if you were actually there in person. Uh, wow.

Read More: Can't Make That Meeting? Skype Could Have the Solution With 3-D Video Calling 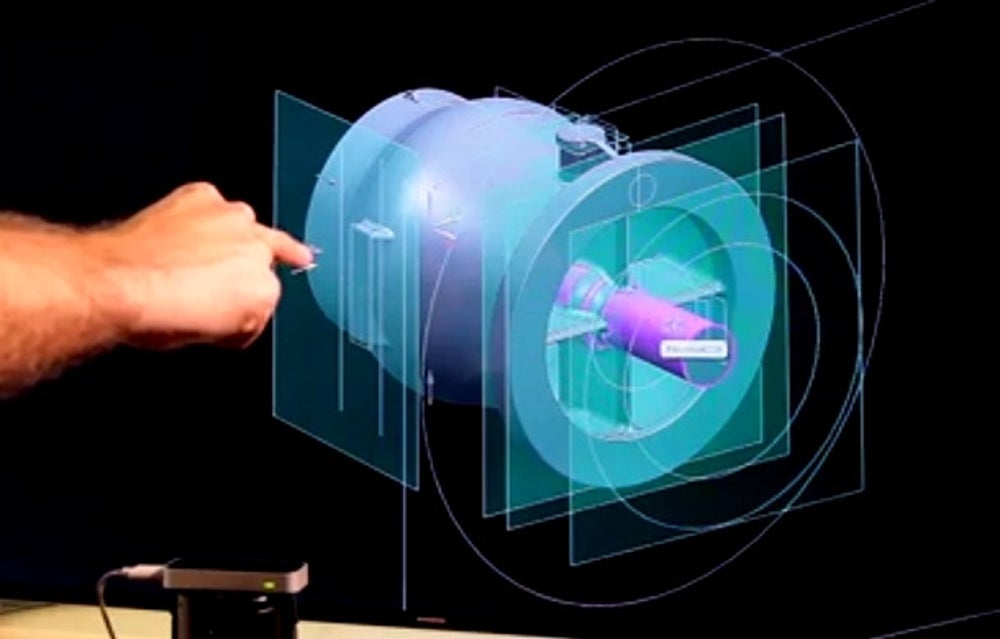 We might not be too far off from those awesome scenes from Iron Man where Tony Stark designs machines on screens that seem to float in the air. SpaceX founder and dreamer of crazy tech dreams Elon Musk combined technologies, including Leap Motion's 3-D gesture-control sensor, to design a rocket part with free-standing projection. No computer screens. No keyboards. Then he 3-D printed it. Yeah, you should probably watch the video.

Read More: YOU HAVE TO SEE THIS: Elon Musk Designs a Rocket Part With Hand Gestures and 3-D Prints It

A 'steering wheel' for Fido. 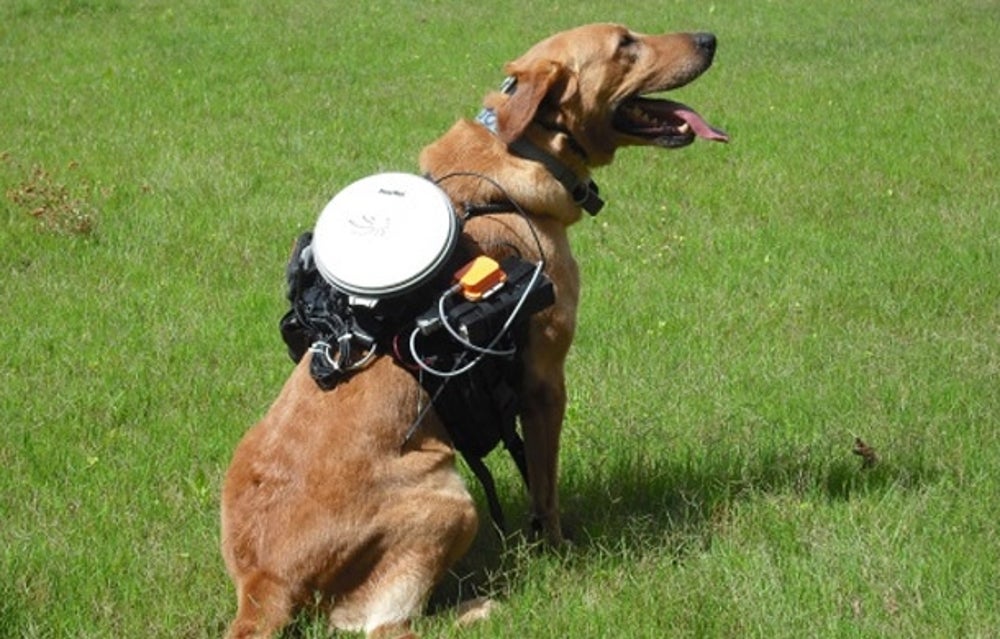 No, we're not talking about allowing your dog to drive your car. Instead, new tech from researchers at Alabama's Auburn University can apparently be used to guide dogs in places and situations where they are unable to hear verbal commands. It's a pack worn on the back of a dog that consists of a microprocessor, wireless radio, GPS receiver and something called an "attitude and heading reference system," that can help dogs "hear" commands that are delivered electronically by a human with a controller. Kinda weird, right?

Read More: You Can 'Steer' Your Dog With This Device 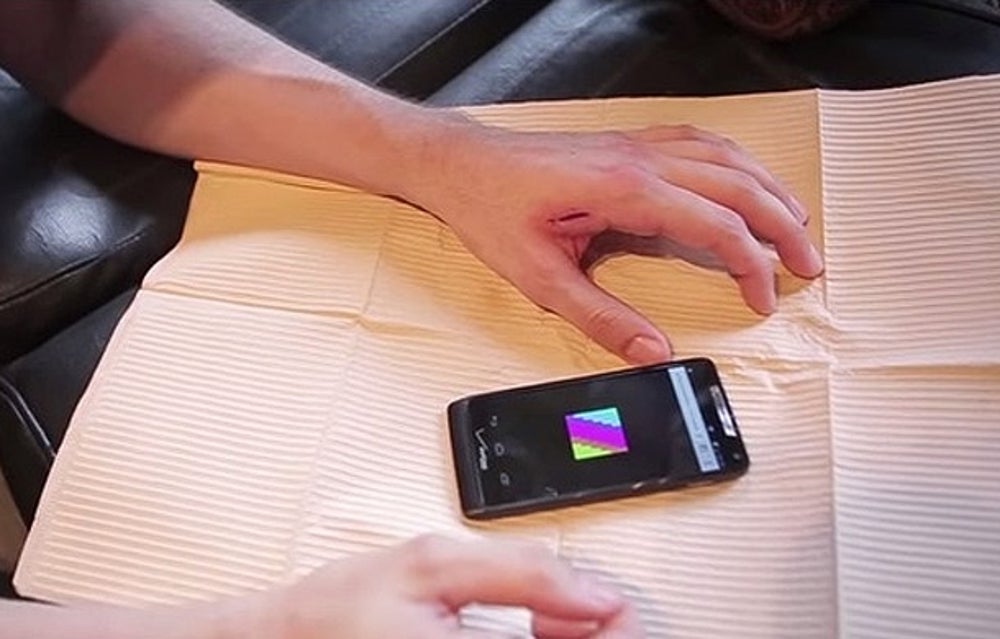 In his hand, artist Anthony Antonellis implanted an RFID chip about the size of a grain of rice that stores up to 1 KB of data and is equipped with a teensy antenna. When you hold a mobile device with a special app over the chip, a JPEG of a pre-loaded image is displayed on the screen. Or the file could be a GIF or even a music file that plays on the device. The first "tattoo" he uploaded was a brightly colored animated GIF. Some things you just have to see to believe.

Read More: A Digital 'Tattoo' You Can Only See With a Smartphone

Thirsty? Talk to the robot. 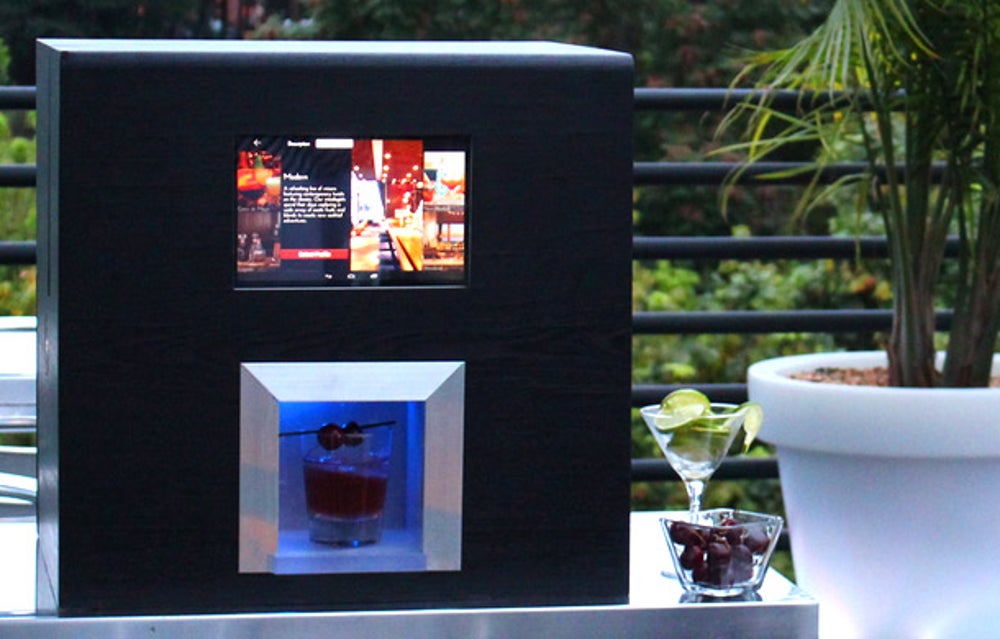 A pair of Georgia Tech grads wants to revolutionize the way alcoholic beverages are made and served. They've developed Monsieur, a device that's able to create 300 different cocktails and can even learn a customer's tastes based on his or her orders and then make suggestions based on the person's preferences. All a person has to do is open the Monsieur app, select a drink and, voilà, Monsieur magic.

Read More: Your Next Cocktail Could Be Concocted By This Robotic Bartender