From Google to Warby Parker: The Origins Behind 10 of the Wackiest Company Names

Business owners are increasingly thinking outside of the box -- and in some cases, the English language itself -- when it comes to christening their nascent ventures.

(Google and Yahoo, for instance, sound like terms one might hear warbled by a baby or shouted on a rollercoaster as opposed to the names of multinational empires.)

Marketers have moved beyond monikers that denote the products or services they offer in favor of terms that sometimes only vaguely allude to the category at hand (i.e. FaceBook, Netflix.) And frequently, a name (we're talking to you, Etsy) is unabashedly -- and enigmatically -- haphazard.

While haphazardry has become somewhat de rigeur due to an increasingly crowded URL arena, there are difficulties in choosing names that aren't grounded in reality, explains marketing consultant Laura Ries. "With an empty vessel that consumers must attach their own meaning to, it takes a lot more time for them to understand and remember your brand."

Though the marketing impact of such names may be questionable, the stories behind their origins are categorically fascinating. 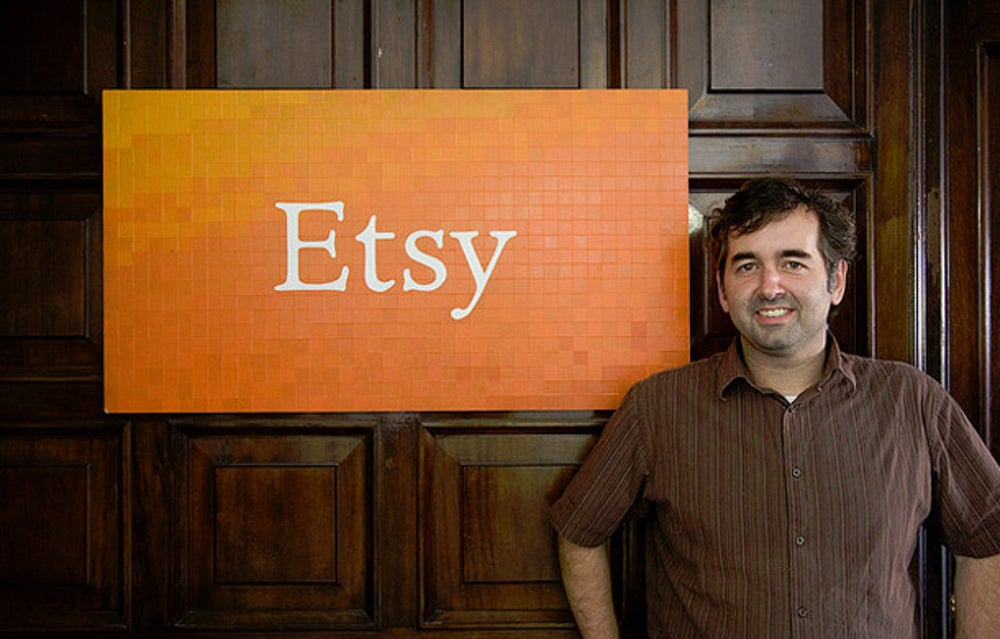 According to The Name Inspector, the origins behind the Brooklyn-based e-tailer's name remain a mystery, to this day -- which is not to say that founder Rob Kalin hasn't thrown out his fair share of red herrings.

He's said that he chose Etsy after hearing the phrase "et si" repeated throughout Fellini's 8 1/2. In Italian, "et si" means "oh, yes." In the forums on Etsy's website, however, many users have speculated otherwise. Theories include that it is an acronym for "Easy To Sell Yourself," "Everyone Takes Secret Yawns," and many more.

Related: The 'Etsy Economy' and Changing the Way We Shop 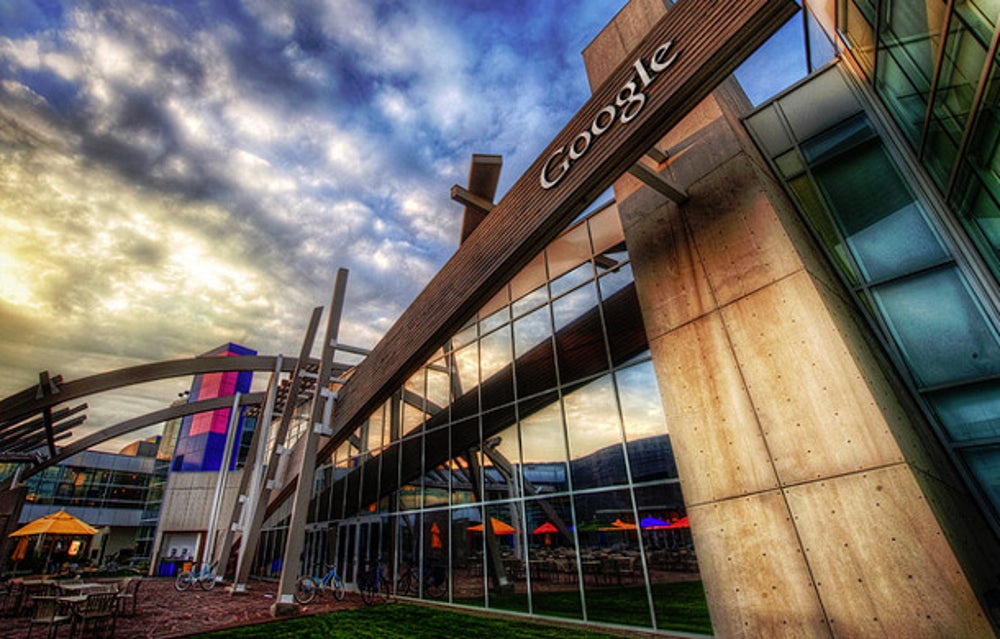 Google co-founders Larry Page and Sergey Brin originally nicknamed their search engine BackRub because it could analyze backlinks in order to gauge a website's importance.

A year later, in 1997, the duo settled on the word googol -- the number one followed by one hundred zeroes -- while brainstorming in an office they shared with several other Stanford graduate students. When one of those students, Sean Anderson, went online to check if the name was available, he misspelled the figure as Google, and the name stuck. 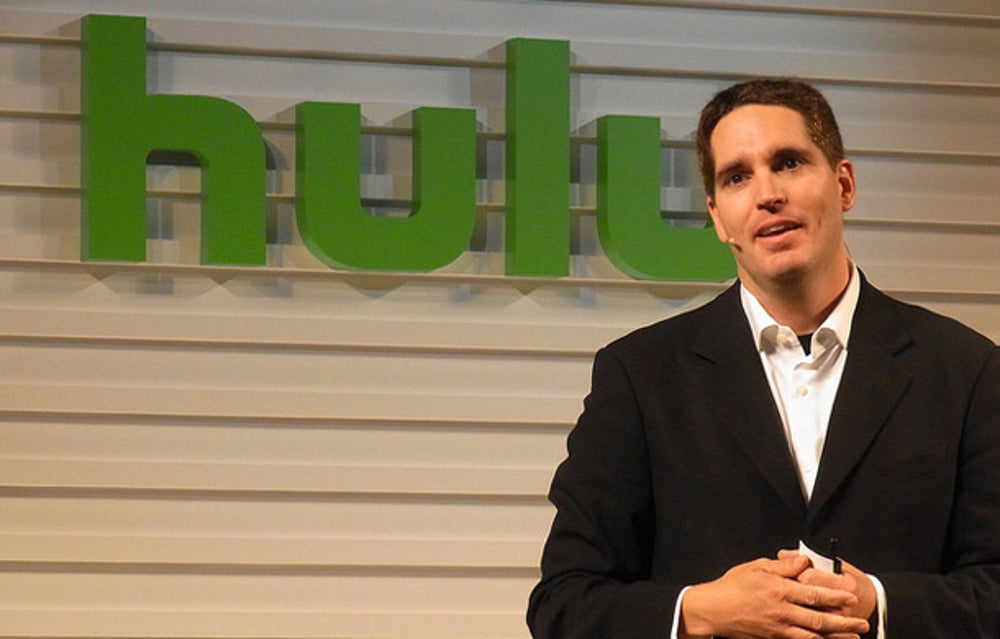 During marathon naming sessions at the company's headquarters, CTO Eric Feng suggested the moniker Hulu for the Mandarin word that means both "gourd" (or "holder of precious things") and "interactive recording."

"Having a name with no direct definition appealed to us," former Hulu chief Jason Kilar explained on the company's blog -- especially given that Hulu's founders were aiming to create a unique experience that defied comparison.

Related: Hulu Aims for $1 Billion in Revenue Despite Rocky 2013 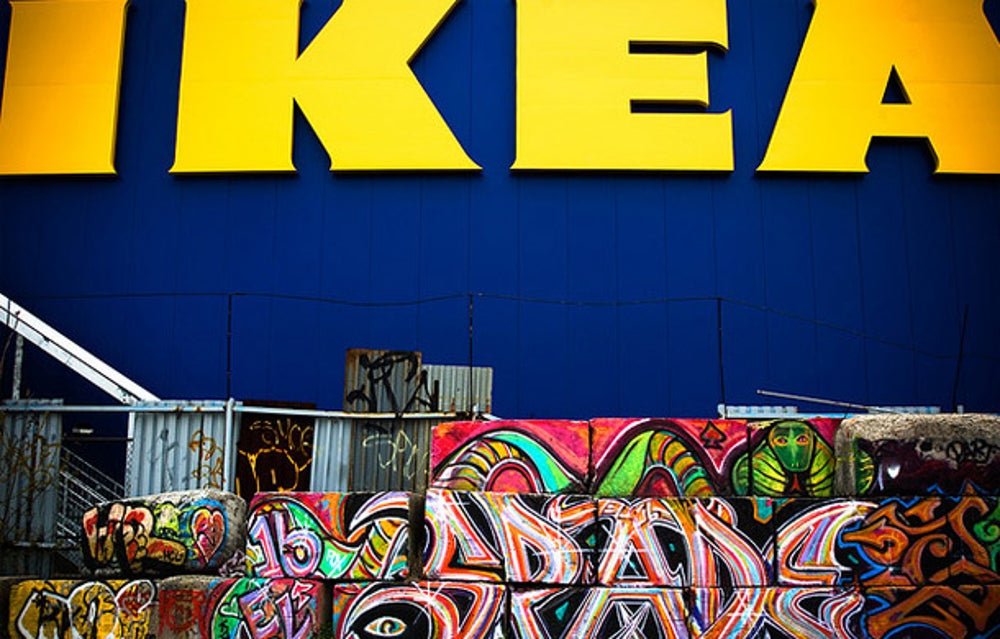 While Ikea furniture is notoriously difficult to construct, the derivation of the company's name is relatively straightforward -- if you speak Swedish, that is.

Ikea is composed of the initials of founder Ingvar Kamprad, as well as the first letters of the farm, Elmtaryd, and village, Agunnaryd, in southern Sweden where he grew up. Kamprad was a mere 17 years old when he registered the Ikea name, the company said. 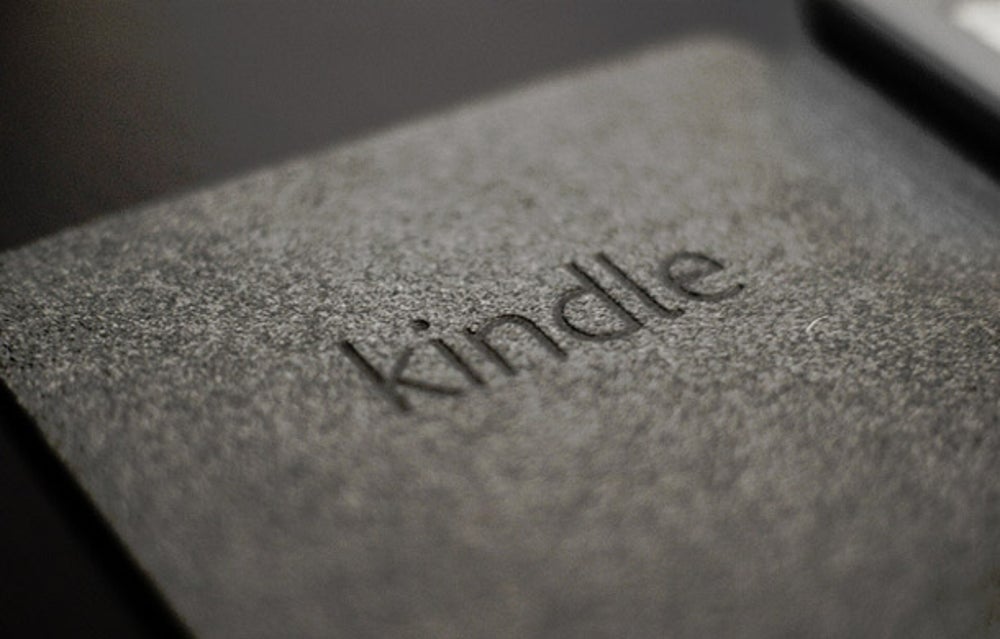 While Kindle literally means "to start a fire," the Amazon e-reader that forever dinted the publishing world is not actually a covert reference to burning books.

According to Print Magazine, the name was conceived by the late San Franciscan designer Michael Cronan -- who also happened to name (and design the logo for) TIVO. According to Cronan's website, he sought a name for the "game-changing vision so that it feels like something you want to curl up with."

Added Cronan's wife and business partner, Karen Hibma: "Jeff [Bezos] wanted to talk about the future of reading but in a small, not braggadocio way. We didn't want it to be techie or trite." 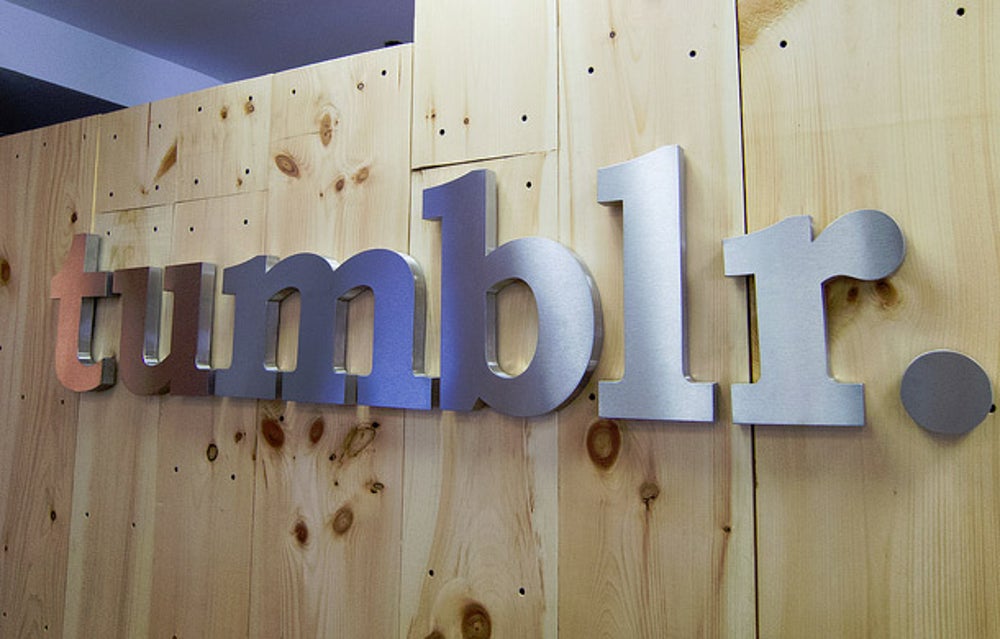 According to its founder, David Karp, Tumblr is an abbreviated expression of the tumblelog style of microblogging that the site has made famous. These types of blogs "tend towards shorter stream-of-consciousness posts," Karp told Intelligent Life, "often with mixed media." 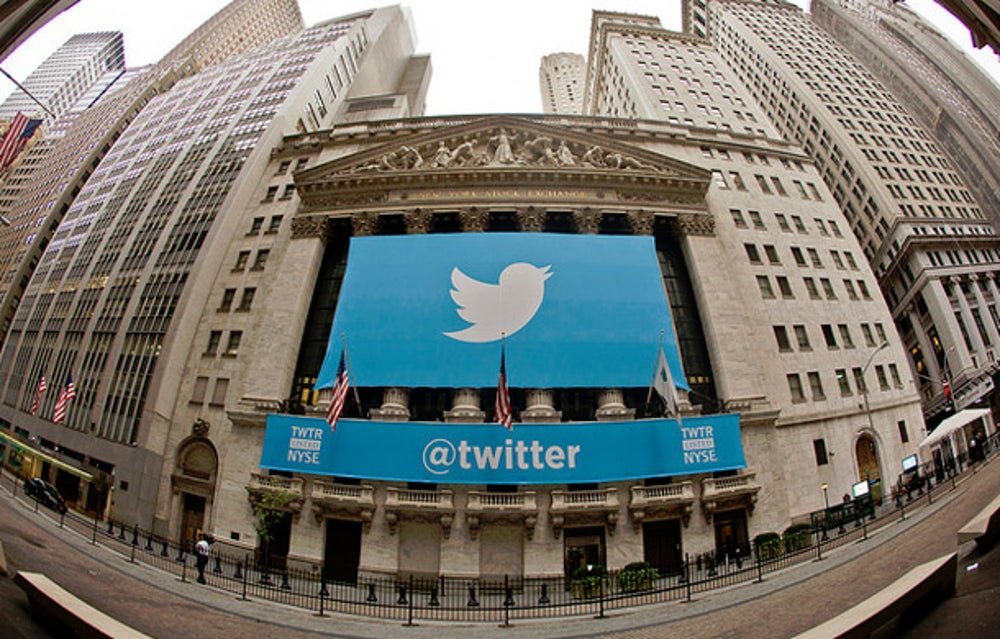 Twitter's founders settled on its name -- an onomatopoeia for a bird's call -- while flipping through a dictionary in search of a word that might capture the feeling that "you're buzzing your friend's pocket," Jack Dorsey told the Los Angeles Times.

Another benefit to the name was that it could be used as a verb and a noun, Dorsey explained, as well as combine easily with other words -- such as "tweeps" and "twitterverse."

"Bird chirps sound meaningless to us, but meaning is applied by other birds," he said. "The same is true of Twitter: a lot of messages can be seen as completely useless and meaningless, but it's entirely dependent on the recipient." 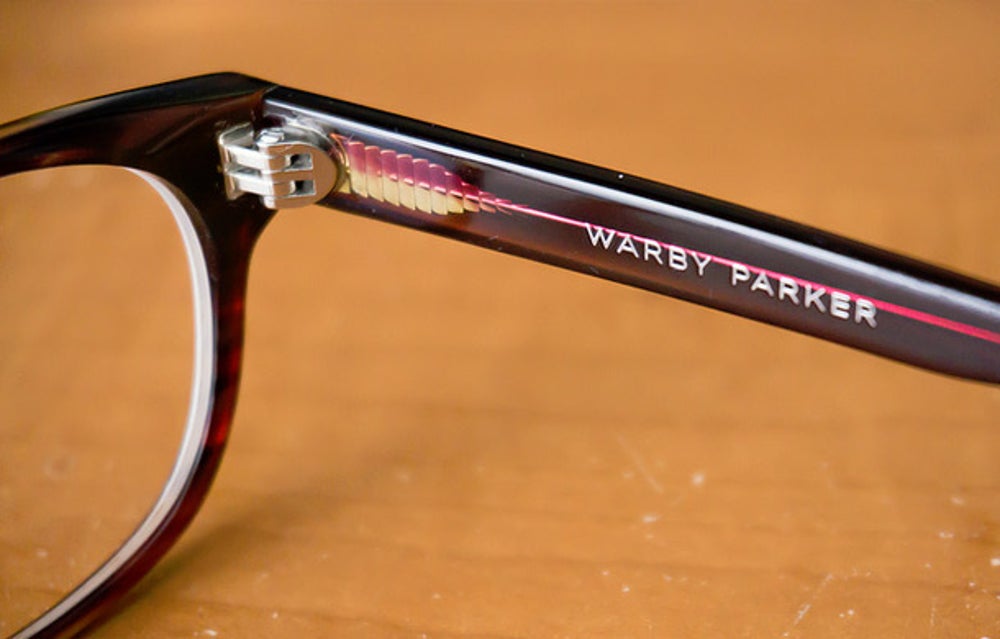 The founders of Warby Parker -- a quartet of students who met at The Wharton School -- are clearly Kerouac connoisseurs. They pored through the personal journals of the famed writer and honed in on two of his earliest characters, Zagg Parker and Warby Pepper. "We took the best from each and made it our name," explains the company's website.

"We hope your new glasses will provide all the style you need to travel your road with class, and their price will leave you with some extra cash to use on your journey." 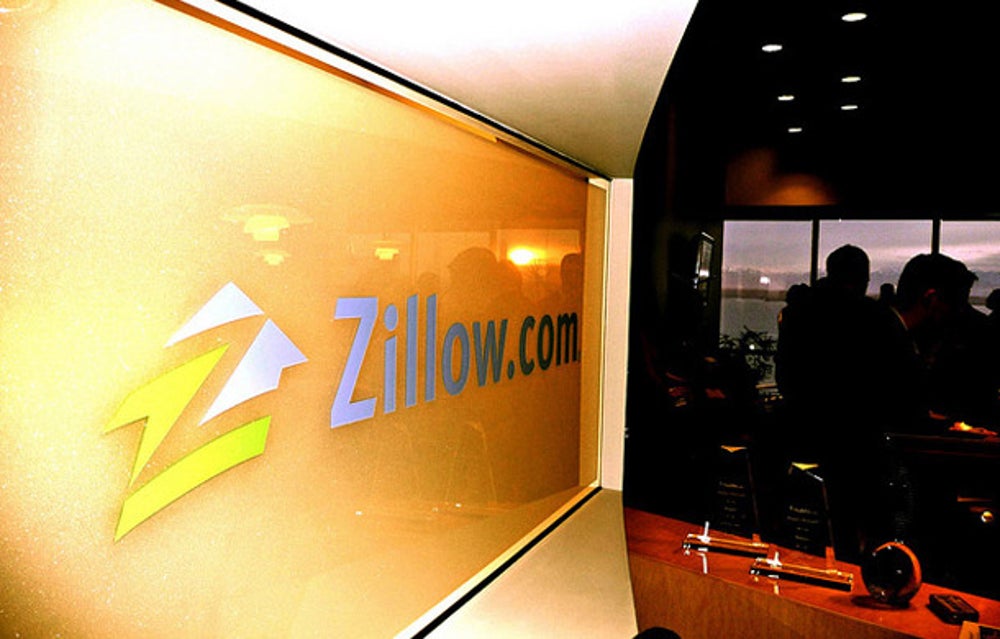 According to its website, online real estate database Zillow touts a dual meaning. The name "evolved from the desire to make zillions of data points for homes accessible to everyone," the company said. "And, since a home is about more than just data -- it is where you lay your head to rest at night, like a pillow -- Zillow was born."

The company continued the trend of using 'Z' words when unveiling its Zestimates function in 2011, which approximates the price of a home based on a variety of publicly available information. 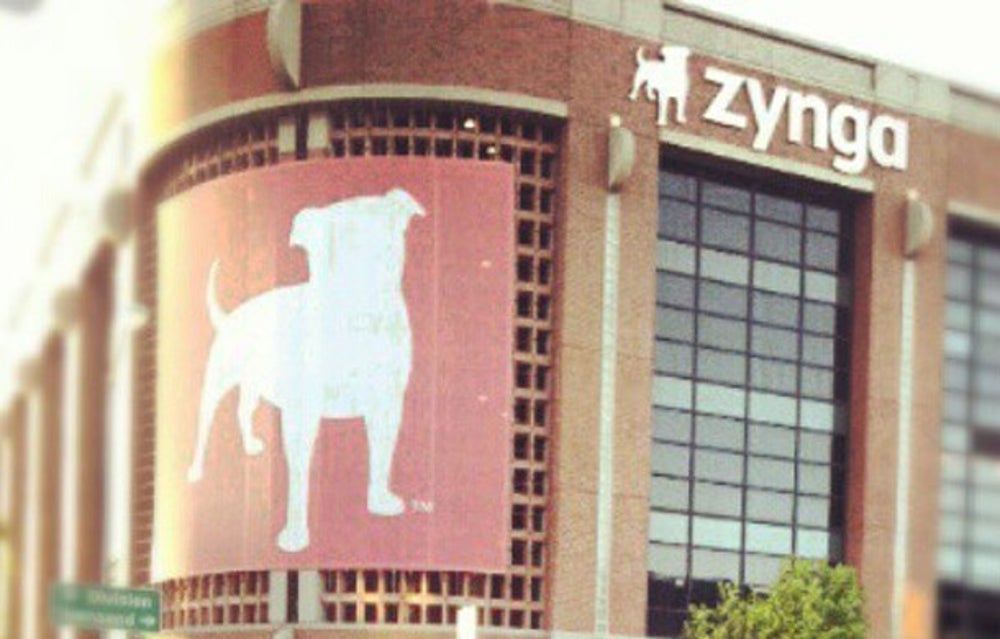 The leading provider of social game services -- including Draw Something, FarmVille and Words With Friends -- is named for the dearly departed American bulldog of its founder, Mark Pincus, (whose name was actually Zinga.)

The silhouette of an American bulldog also appears on the company's red-and-white logo in memoriam.

Related: The Investors Who Laughed at Zynga