The Best and Worst Franchise Marketing Campaigns of 2015

This year has seen both highs and lows on the franchise marketing front. From Taco Bell's use of Snapchat to IHOP's tweets, join us as we remember the campaigns that made us cringe, chuckle and, at times, collectively facepalm. 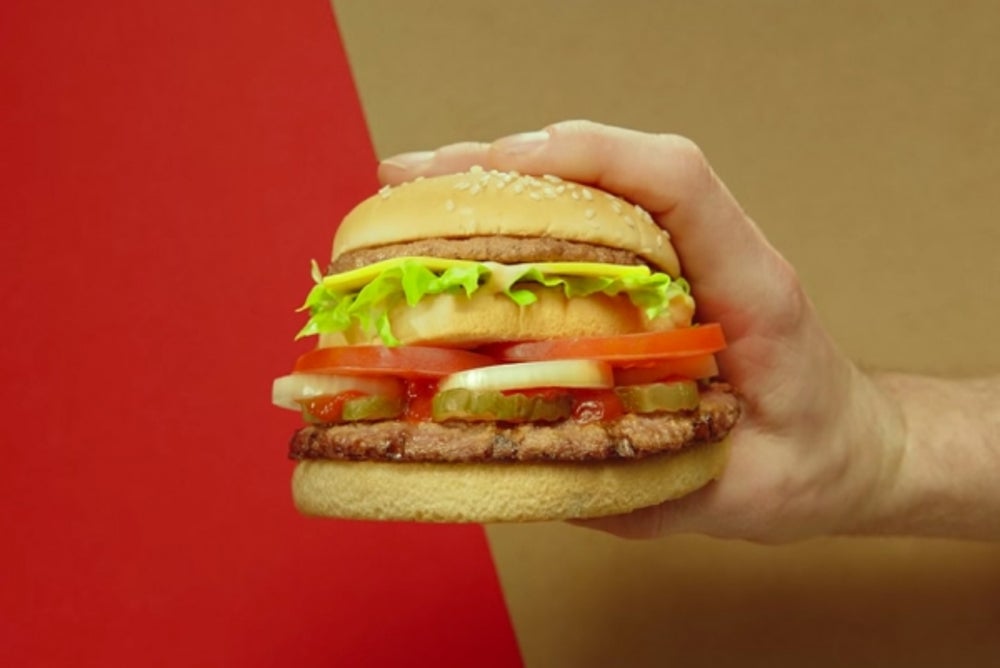 Last August, Burger King launched a campaign called McWhopper, an attempt to convince McDonald’s to briefly end their ancient rivalry and work together to celebrate the United Nations’ International Day of Peace on Sept. 21. The website McWhopper.com included elaborate proposals for combined uniforms, a design and location for a pop-up restaurant, and instructions for making the McWhopper, a mashup of the companies’ two signature burgers. BK also took out full-page ads in the Chicago Tribune and The New York Times to promote the idea.

Alas, whether or not the proposal was sincere (BK insists it was), McDonald’s passed on the truce, saying it’s wrong to compare selling burgers to the tragedies of war. But other brands glommed on to the idea. Eventually, a pop-up store was erected in Atlanta, where 1,500 free Peace Day burgers were handed out. For the record, the freebies incorporated ingredients from Burger King, Denny’s, Krystal, Wayback Burgers and Giraffas Brazilian Grill. (No word if they brought peace or strife to diners’ bellies.) 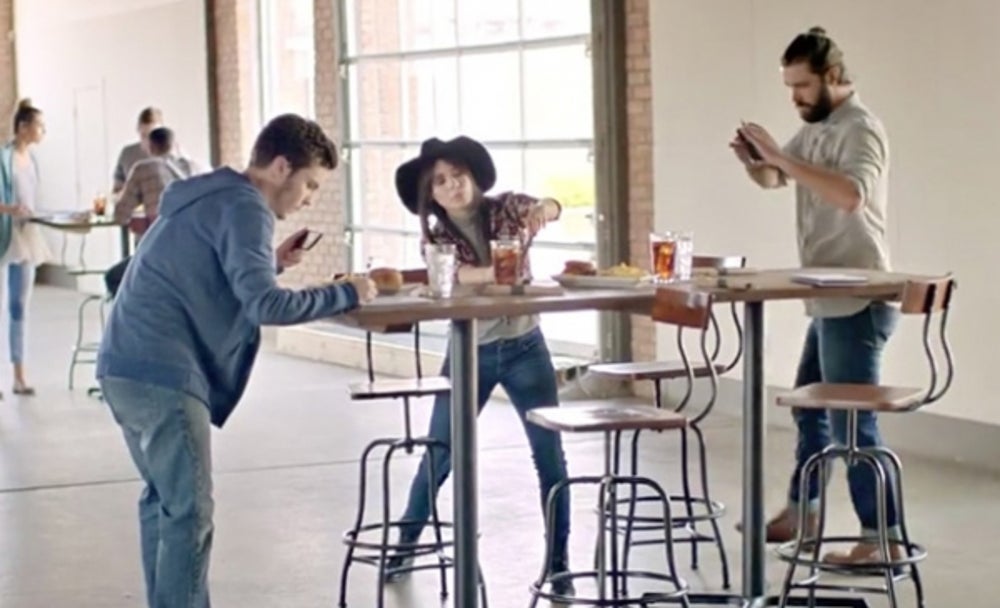 Image credit: Applebee's | Facebook
Applebee’s School of Fantography, a funny 90-second video teaching people how to take great pictures of their food, is just the entryway to the company’s Instagram account, which it turned over to “Fantographers” in the fall. Posting the best-composed food shots and burger selfies from customers, the initiative spawned hundreds of images, enough that Applebee’s will be able to roll out beautiful foodie material on its Instagram account for months to come (though they could lighten up on the churro pics). 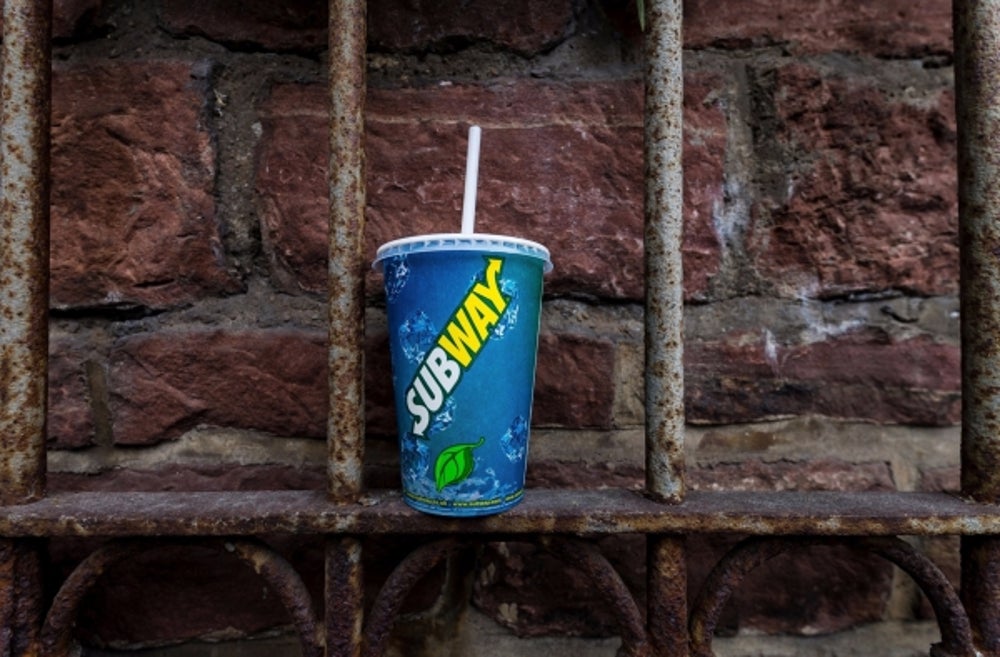 Another strike against using Homo sapiens as brand ambassadors took place in September. Buffalo Wild Wings ads had been featuring Steve Rannazzisi, the stand-up comedian and star of the long-running FX sitcom The League, when he admitted to The New York Times that he had been lying for almost a decade about escaping the Twin Towers on 9/11; in fact, he was nowhere near the site of the tragedy. The next day, his commercials and YouTube videos for the company went missing, too. 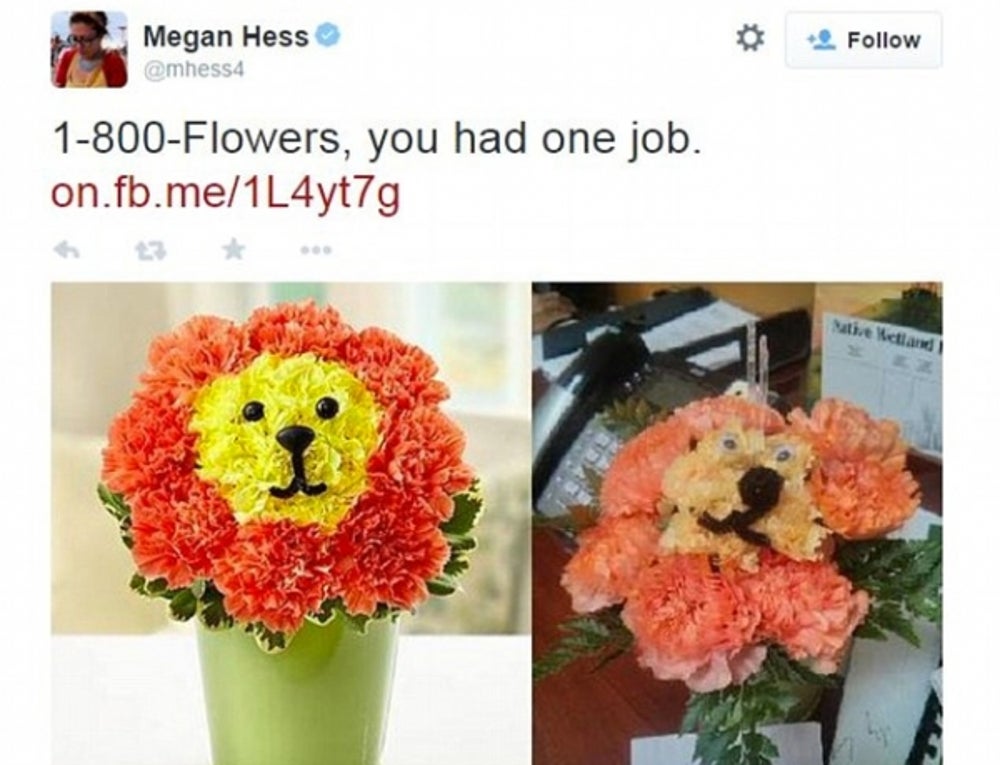 Image credit: Megan Hess | Twitter
Last Valentine’s Day, when nearly the entire U.S. was in an extreme deep freeze, 1-800-Flowers found itself in an even chillier position: The cold weather killed many of its V-Day flowers in transit, leading to hilarious posts of dead roses, wilted bouquets and other tragically unromantic deliveries. 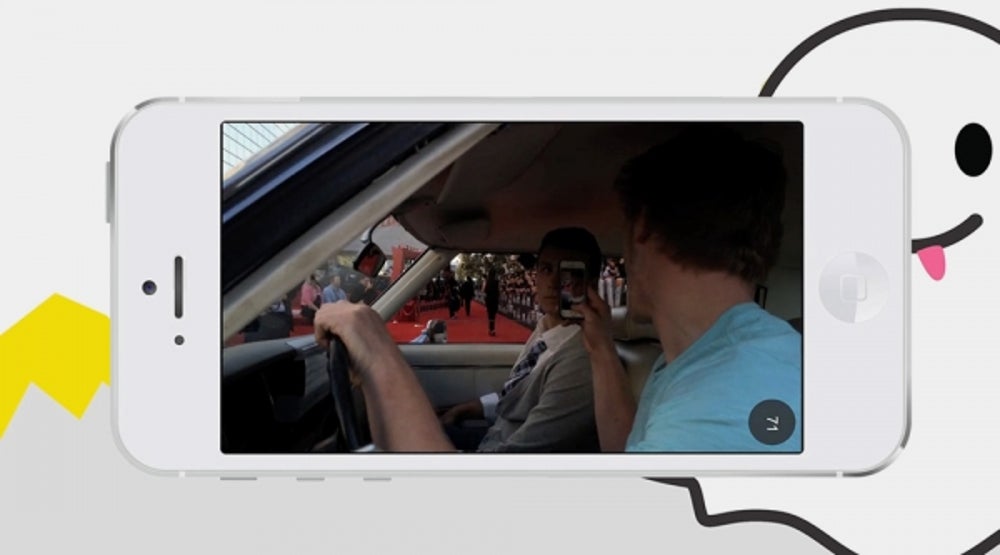 Taco Bell is the gold standard of franchise social media for many reasons. Its Twitter account is reactive and genuinely funny, and the company knows how to fill Instagram and Facebook with great content. But the bright spot of its social media dominance has been its mastery of Snapchat, a platform that hits the Millennial and Generation Z demographic right in its sweet spot.

In 2014, Taco Bell created the first “Snapchat movie,” a three-minute film that expired after 24 hours. Since then, it has put up a steady stream of quizzes, Valentine’s Day e-cards and video montages, and even let potential social media interns plead their cases in front of the world by posting videos.

The strategies seem to be paying off. According to the Bell, 90 percent of Snapchatters who open a message from the company read it all the way through, whether it’s a video or a sexy shot of a Beefy Crunch Burrito. 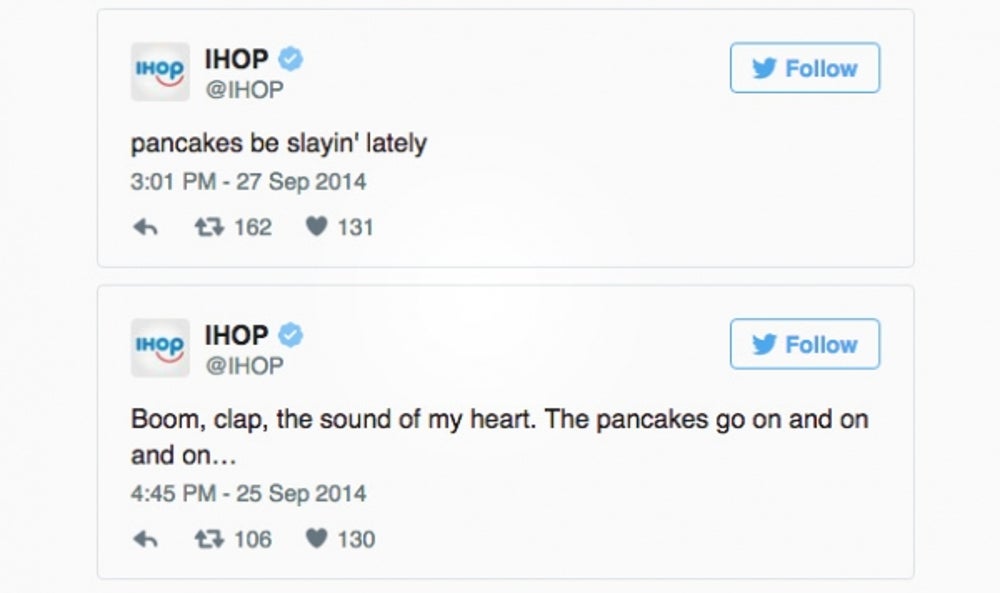 Image credit: IHOP | Twitter
In September and October IHOP was on a bizarre roll of tweeting photos of pancakes with misogynistic captions: “Flat, but has a great personality,” “The butterface we all know and love” and “Pancakes, you look good, won’t you back that stack up?”

The Comedy and Tragedy Award 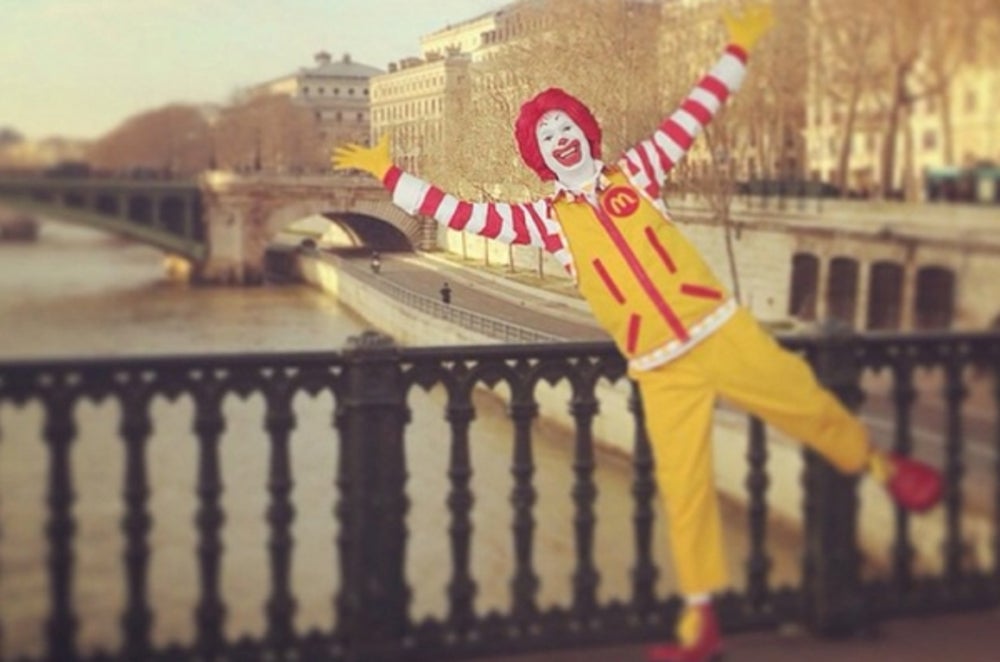 McDonald’s has had some ups and downs over the last few years, and the same is true for its social media efforts. In 2014, after relaunching its spokesclown, Mickie D’s introduced the hashtag #RonaldMcDonald. This sparked some clown love but also a lot of clown hate, as posts of Ronald as a stripper, animal torturer and chainsaw murderer filled the Twitter feed. The company shifted its focus from Twitter to Instagram hoping for more positive content, but the hashtag still spins out fresh clown-fueled nightmares almost daily.

But the Golden Arches also managed a social media triumph in 2015. After rolling out its all-day breakfast in October, the company went back to connect with Twitter users who had called for midday McMuffins on social media, engaging with posts as far back as 2007 and letting posters know that their wishes had finally been answered. 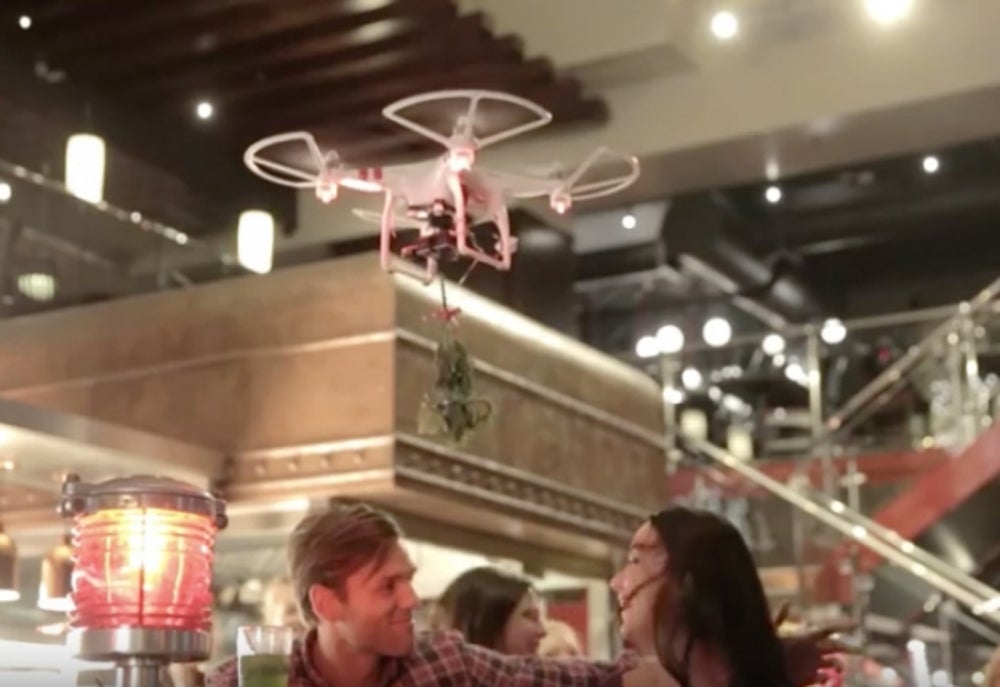 Image credit: TGI Friday's | Youtube
During the 2014 Christmas season, TGI Fridays launched a mistletoe drone in one of its Brooklyn restaurants, using the 10-inch toy to make customers smooch for the camera. But when the operator tried to land the drone on a photographer’s hand, the woman flinched-and the blades cut her on the chin and took off a bit of her nose. Ouch.
loading...
More from Entrepreneur