The 7 Biggest Fast-Food Successes of This Year

These franchises found clever ways to win their customers' taste buds over this year.
Next Article

Fast-food chains are always coming out with new ways to entice hungry customers. Sometimes these ideas flop, but other times they’re big money makers for a franchise.

Check out these seven fast food successes of 2016. 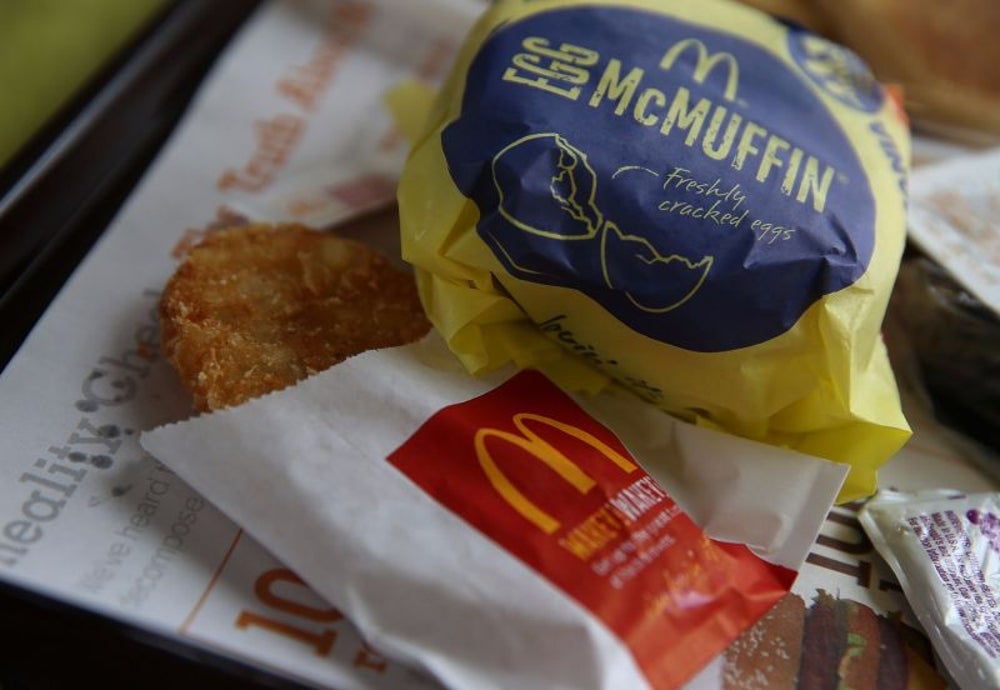 As the fast-food giant’s sales declined over the years, McDonald’s decided to give customers what they have been begging for: an all-day breakfast menu.

In 2015, the company nixed its strict 10:30 a.m. breakfast cut-off time, offered a limited time all-day breakfast menu and got itself out of years-long sales slump. The new all-day offerings exceeded McDonald’s expectations and won back old customers, but people still weren’t fully satisfied with the limited menu. What about the McGriddle? In 2016, McDonald’s satisfied its customers by introducing its full breakfast menu to all locations across the nation.

It turns out that’s exactly what customers wanted. The full all-day breakfast menu was deemed a success, with same-store sales rising more than 5 percent in the U.S. during the first quarter. McDonald’s CEO Steve Easterbrook even said on a conference call, “All-day breakfast exceeded our expectations through the launch phase. … Frankly, it’s still exceeding our expectations.” The company is continuing to see an increase in sales worldwide, with a reported 6.2 percent jump in global same-store sales in the third quarter. 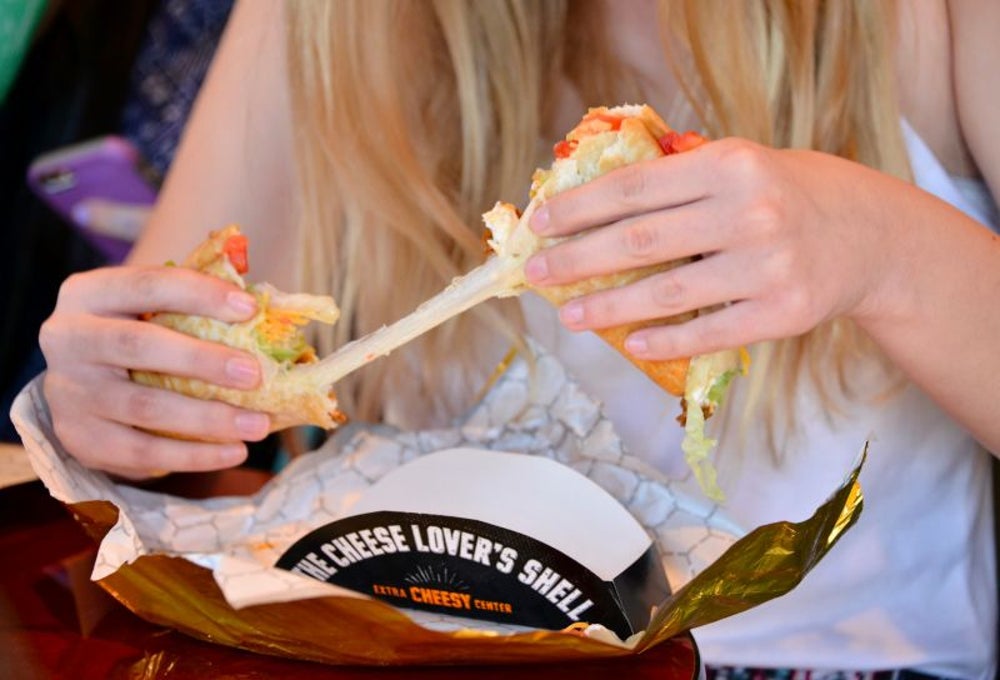 After three years of testing and development, the Tex-Mex fast food chain debuted its cheesy Quesalupa to 36 restaurants in Toledo, Ohio, in 2016. Still in testing mode, the culinary creation was a hybrid between a quesadilla and a chalupa, featuring lettuce, tomatoes, cheese, Taco Bell’s seasoned beef and sour cream. All this goodness was packed inside a cheesy shell -- that is two tortillas stuffed with cheese and deep fried into the shape of a taco.

After reaching crazy heights of popularity in these Ohio testing grounds, Taco Bell pronounced it as “one of the most successful in the company’s history” and was ready to take it nationwide -- for a limited time. In February, the company spent $5 million for an ad during the 2016 Super Bowl, launching the new menu item across the country.

The money was well spent, too. Like many of their limited-time menu items, the Quesalupa was a success. "Every five weeks we introduce something new, which becomes about 5 percent of what people buy on our menu," said the head of Taco Bell’s Insights Lab, Melissa Friebe. This was the case for the Quesalupa too, as Taco Bell sales rose an expected 5 percent by April 2016.

So, what made this culinary concoction so popular? As Taco Bell calls it: “The Cheese Pull.” Creating The Cheese Pull -- which is the web-like string of pepperjack cheese when you pull apart the Quesalupa -- was no easy task and Taco Bell employees actually made each cheesy shell by-hand (because their maker Tyson hadn’t found a way to automate the process). This may have contributed to the discontinuation of the popular item. After its disappearance from the menu, customers were distraught -- enough so that online petitions were created on websites like Change.org to bring the Quesalupa back. Today, customers still await its return. 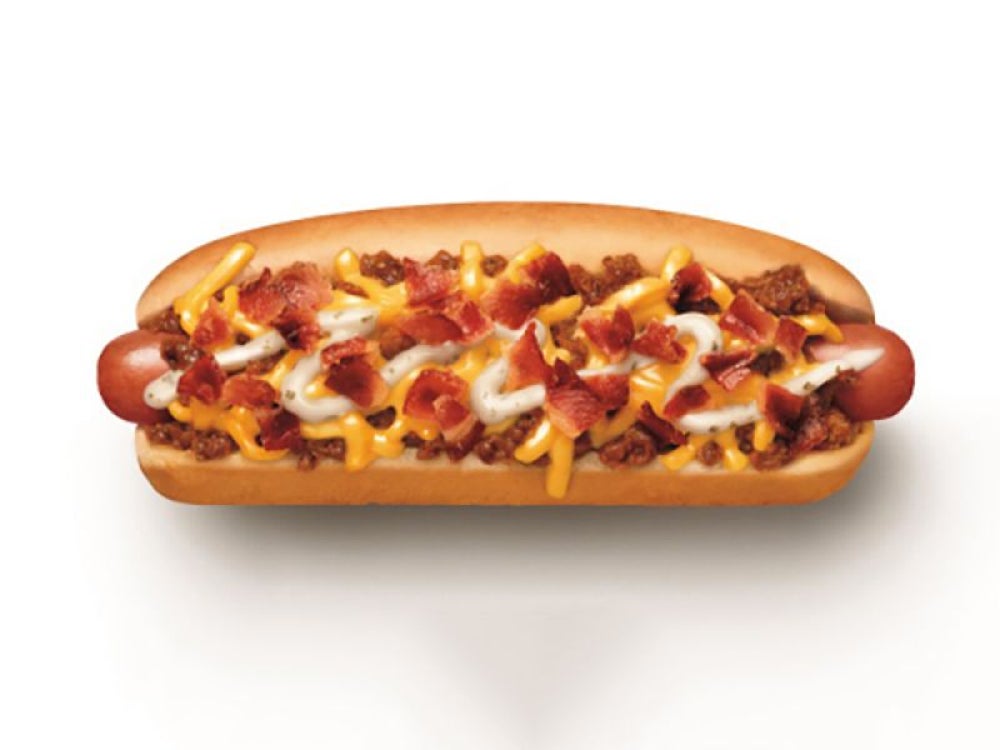 During the summer time, Sonic offered its customers a can’t miss deal with its $5 Boom Box Special. The Boom Box included a Sonic six-inch hot dog and a Junior Deluxe Cheeseburger with a medium tots or fries, and a medium fountain drink. As part of the summer special, the fast-food franchise also announced a new line of flavors for its six-inch coney hot dogs, including new toppings like chili cheese and ranch.

As a means to combat slow summer sales, the new addition was different than what Sonic would normally be promoting during the year’s hottest months: drinks and ice cream. “It is a strong tactical response to a good deal more sluggish environment,” said Sonic’s CEO Cliff Hudson. The Boom Box Special was Sonic’s try at adapting to an “industry-wide slowdown,” as Hudson calls it. Promotions like the Boom Box, which is “value-based,” helped drive traffic and offer the flexibility to tailor to consumer wants, Sonic states in its 2016 Annual Report.

Promotions like this were major elements in making 2016 a milestone year for the company. In its 2016 Annual Report, the company reports one of the strongest years in sales performance so far, with a 2.6 percent increase in same-store sales for the year and an additional 31 new drive-ins introduced -- the highest amount in seven years. 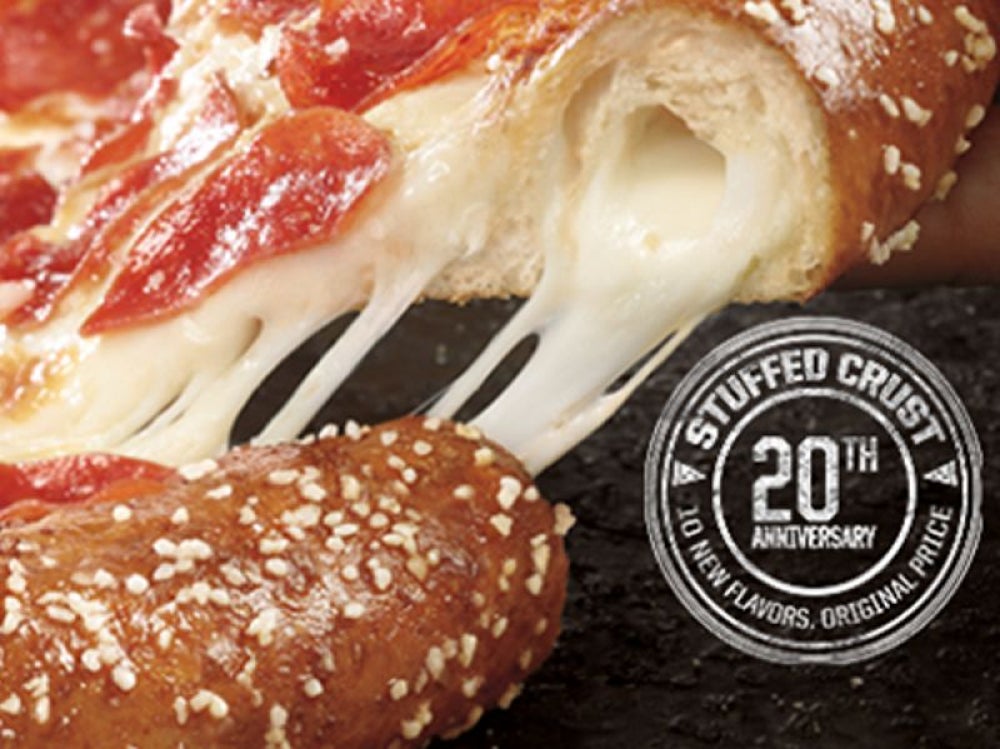 Pizza Hut has perfected the art of the stuffed pizza crust. Last year, it introduced a hot dog stuffed crust, and this year it has come out with the bacon-stuffed crust. This fan favorite was originally introduced to pizza lovers in 2014 and reintroduced in May 2016. The crust features a blend of mozzarella, cheddar and provolone cheese with smoked Applewood bacon.

“Pizza Hut has a passion for pushing taste buds and bringing the most creative concepts to the pizza category,” said the company’s VP of marketing Jared Drinkwater in a press release.

Along with the new menu innovation, the company also upgraded in-store technology in 2016. With these new elements, the company aimed to open at least 525 new international restaurants and grow its operating profit by 7 percent. And with the help of stuffed crust -- which “represents a large portion of our business and has been implemented in markets all over the world,” said Doug Terfehr, Pizza Hut’s senior director of public relations told Entrepreneur.com -- this was likely achieved.

Jack in the Box’s Brunchfast 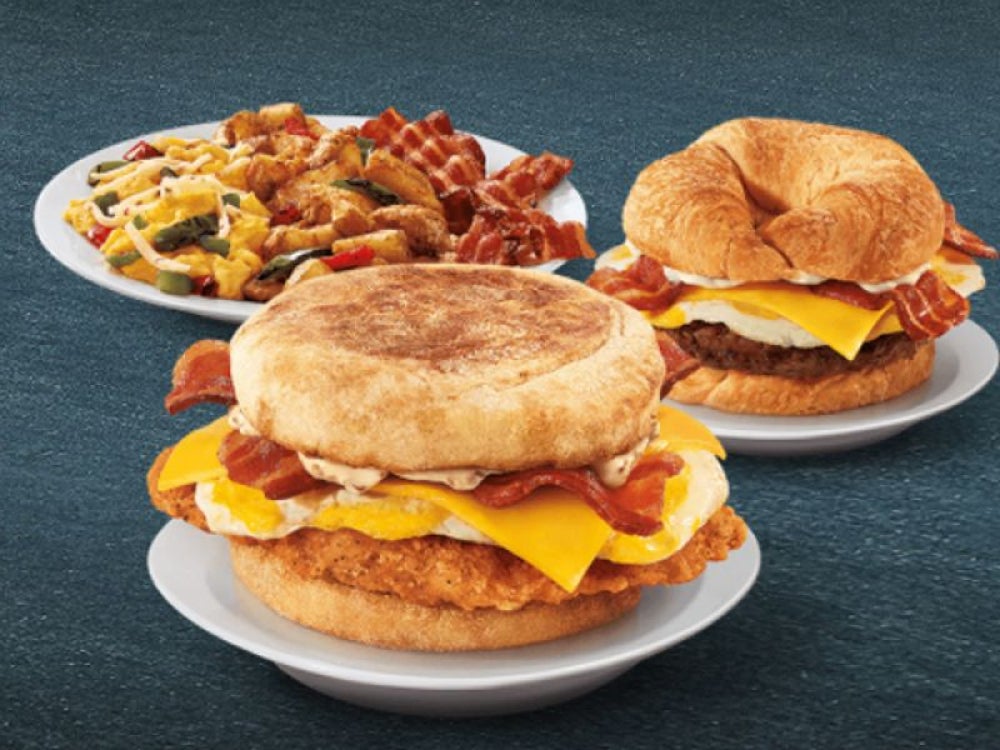 What happens when you combine breakfast and lunch? You get “Brunchfast.” Jack in the Box launched its new Brunchfast menu in September, giving customers the option to eat breakfast or lunch any time during the day. The chain -- whose stores are open 24 hours a day, seven days a week -- debuted menu items like a bacon and egg chicken sandwich, The Brunch Burger and The Southwest Scrambler Plate.

It’s no surprise Brunchfast was a hit. Jack in the Box upset many fans when it discontinued its Brunch Burger back in 2014. Now that it’s back, customers are happy and the franchise has seen a 2 percent rise in same-store sales growth. According to Market Realist, this increase was mainly due to menu innovations and quality improvement -- like the new brunchfast menu and various new burger creations. 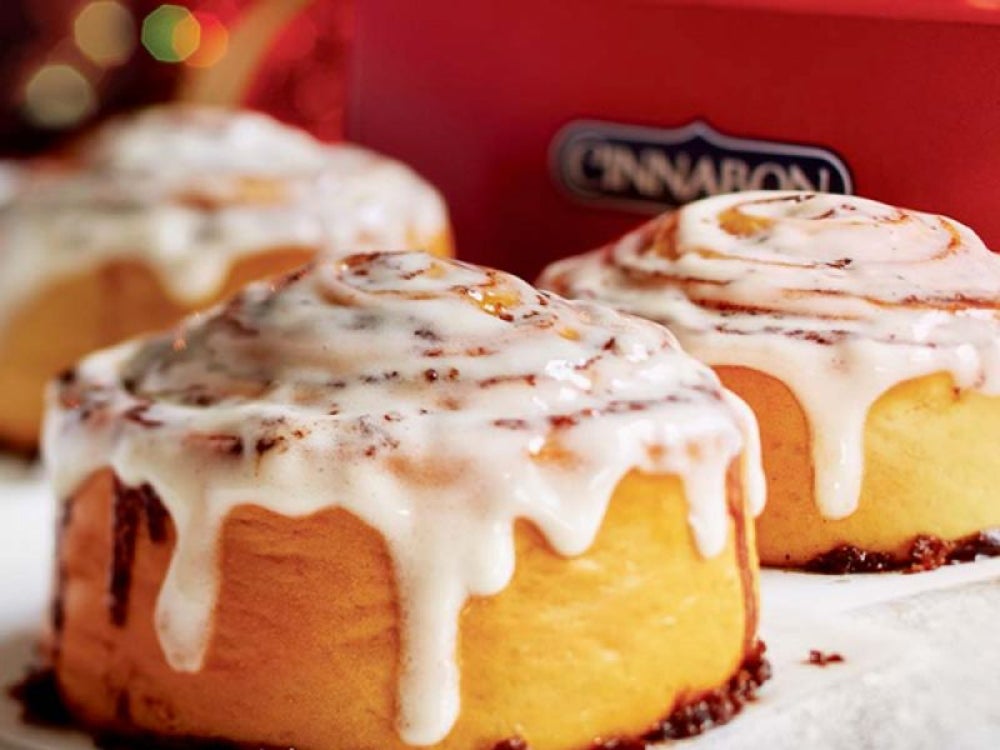 In September, Cinnabon rolled out its bite-sized cinnamon rolls “BonBites.”

Doing its research and discovering the growing trend of bite-sized products, Cinnabon stated in a press release: “34 percent of consumers say they are more likely to order a dessert if a mini-portioned option is available.” Following the trend, the bakery chain now offers these bite-sized goodies at all of their franchise locations. Perfect for those looking for a quick cinnamon roll fix or someone who just likes bite-sized bits.

"2015 proved to be a banner year in terms of sales and growth, as the brand surpassed 30 years since the first bakery opening," said Joe Guith, president of Cinnabon, in a press release. And the company expects 2016 fiscal results to be ever-increasing, as they have developed their presence in cities such as Boston, Chicago, Cincinnati, Cleveland, Dallas, Los Angeles, Miami, Philadelphia and Tampa, and introduced the exciting new item to its menu.

According to Cinnabon’s Director of Public Relations Loryn Franco, BonBites were the franchise's “most successful product introduction in over 20 years,” she told Entrepreneur.com. 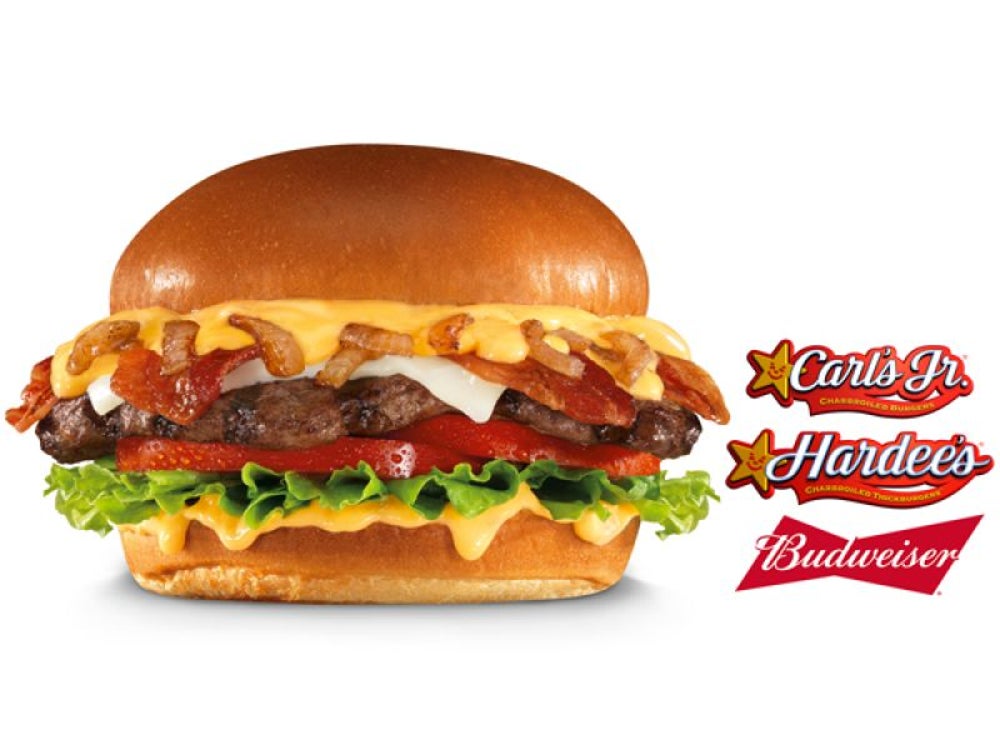 Related: Taco Bell's New Snack-Infused Item Is Cheesier Than Ever

This was not the first alcohol-branded partnership the fast-food companies have done. In the past, they have teamed up with Jim Beam, Red Hook Brewery and Midnight Moonshine -- all of which have “been very successful,” said Brad Haley, chief marketing officer for CKE Restaurants, the parent of Carl's Jr. and Hardee's. “That’s why we keep going back and trying different versions.”