Women from around the world are busting common gender stereotypes to make their way to success. Gender stereotypes are harmful because they create differences or unfair treatments to a specific person who has to fight with people’s perception of his/her gender.

What do you think of when you hear the word 'Bikers club', one image that typically appears to your mind is stereotypical bearded biker wearing a leather jacket and riding a motorbike.In the last few years, more and more women are craving to ride a motorbike.On the occasion of International Women's Day 2016, let’s take a look at top five thrill - seeking women, who are discovering their passion in riding motorbikes. These women also prove that riding a motorbike is no longer associated with men. 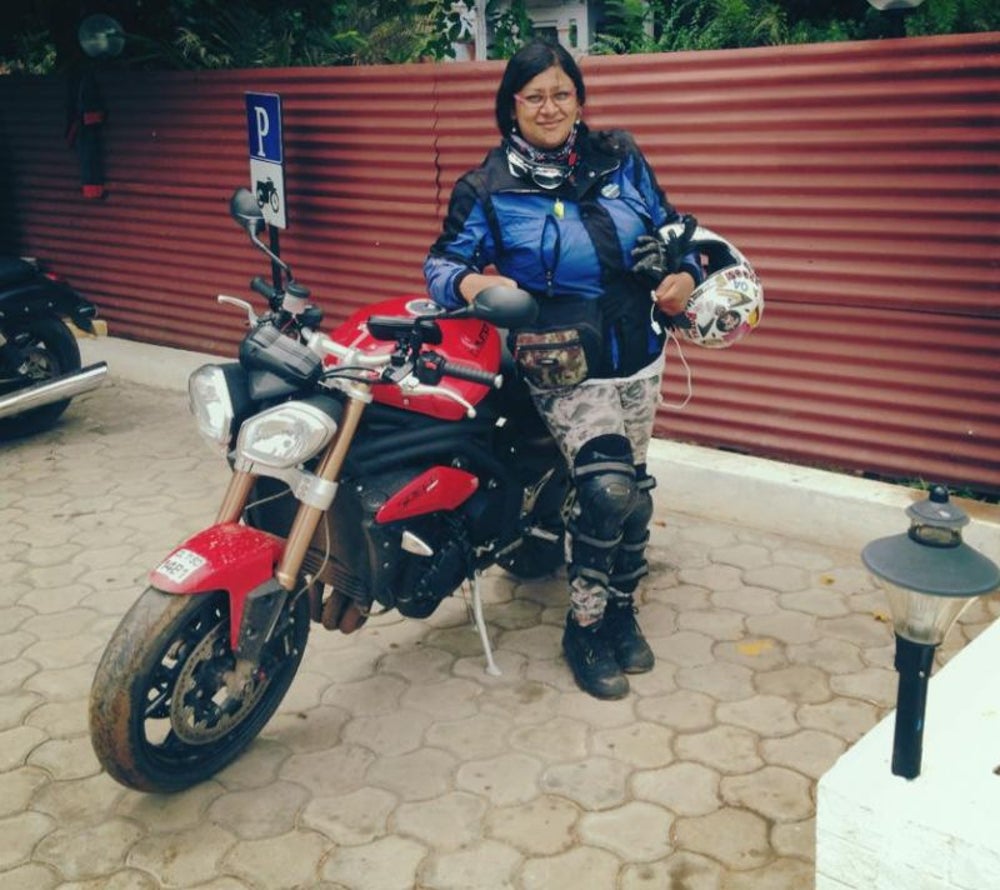 The Bikerni, a women's biker group was kickstarted by Urvashi Patole in January 2011 with an aim to create a first platform for passionate women who ride motorcycles and for those who aspire to ride motorcycles as well. With the help of a few dedicated women, the foundation was laid in cities all over India.

The Bikerni encourages the members to head out on road-trips, to connect with fellow members and treat them like family and also participates and volunteers in motorcycling events and social causes. 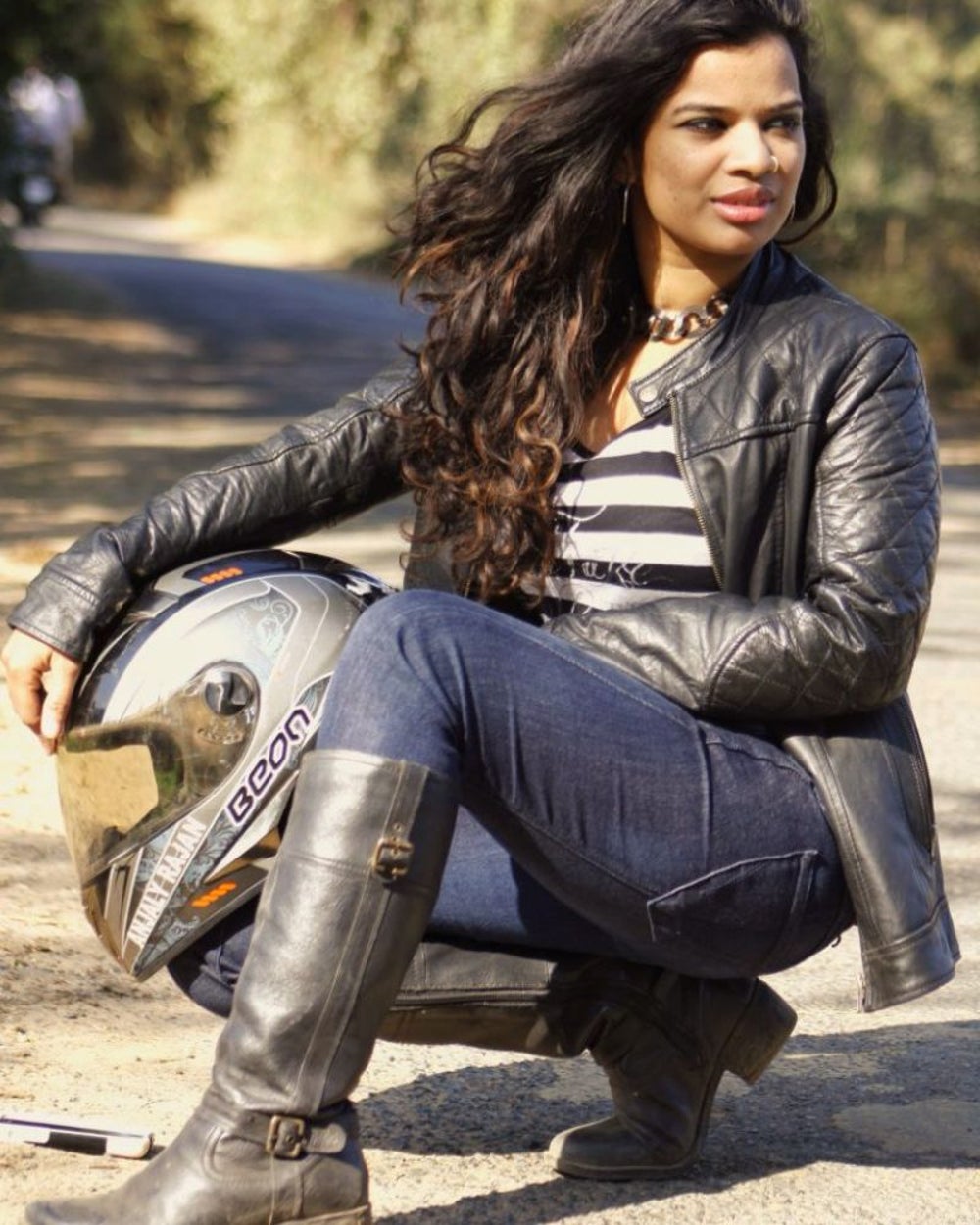 Anjaly Rajan is a founder of 'The Riderni'- Female Biker Club based in Ahmedabad, Gujarat.  The club also uses biking as a medium for women empowerment by helping women to learn, teach and explore motorcycling. Anjali did a solo ride from Trivandrum to Ahmedabad on Harley Davidson SuperLow covering 2231 Kms in just 11 days. She learnt riding a bike on Suzuki Fiero 150 CC in Class 12, and bought her first motorbike, Super Splendour 125 CC, 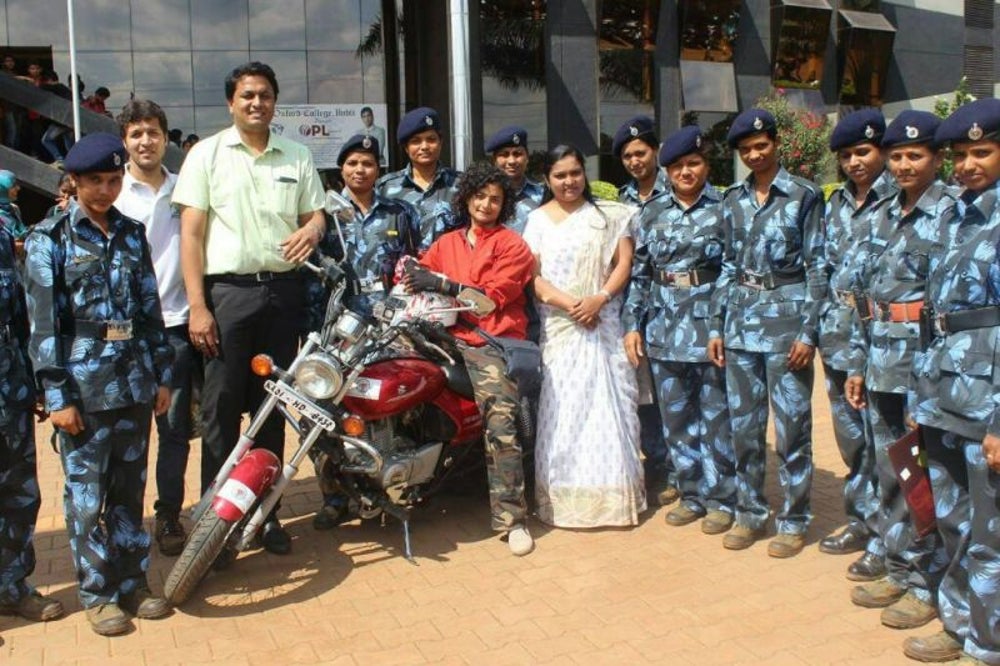 Bengaluru-based biker Esha Gupta holds a world record of completing the longest journey on the bike in a single country (woman). During her 110 days journey, Esha rode the bike for32079 kilometers covering 17 states across India.  She quit her corporate job nearly six years ago to travel across the country.  In 2013, while on a backpacking trip to Leh-Ladakh, she got fascinated by the idea of turning biker. 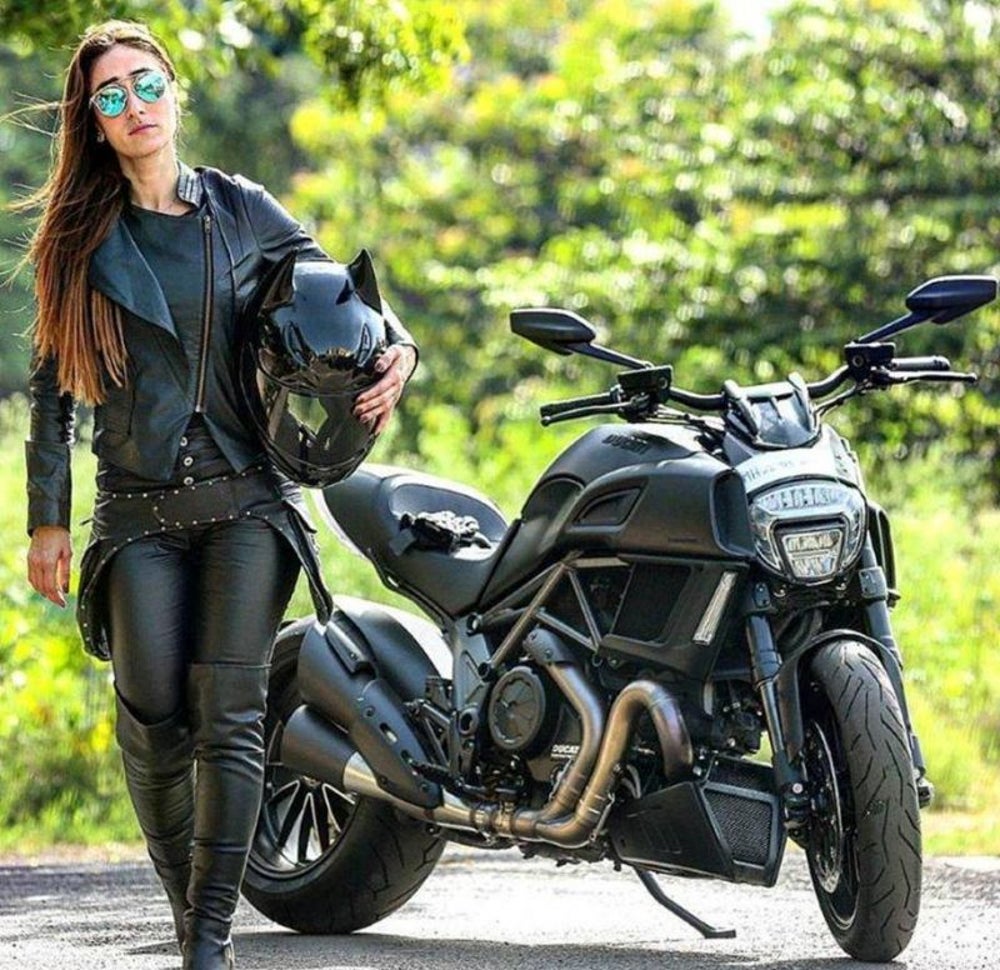 Iran-born Maral Yazarloo is a global citizen currently calling India her home. With a passion for travel and biking, Maral has backpacked across 67 countries around the world. She has been invited from different chapters internationally for rides and has taken part in rides in Egypt, Qatar & Dubai. She has been aptly called “Queen of Super bikes” in India as is also the owner of 4 superbikes and has clocked around 1.20 lac kms within a short span. Maral has founded the first ladies superbike club in India ‘’Lady Riders of India”. 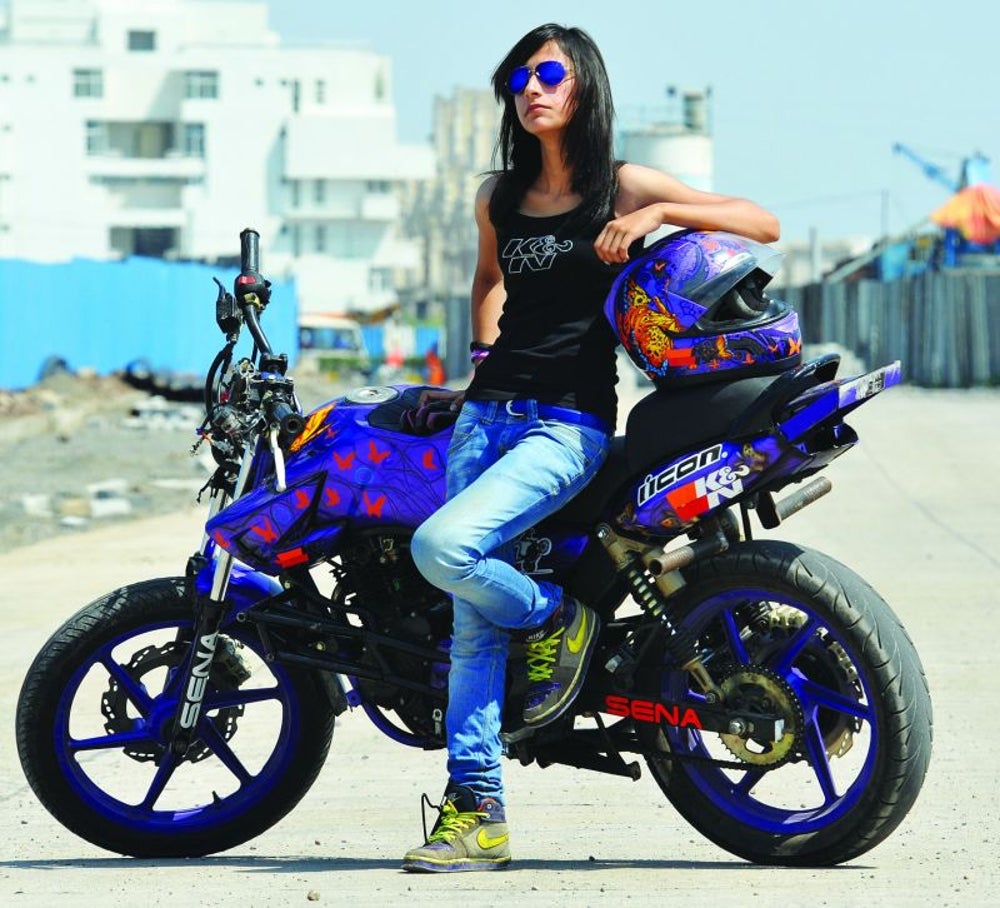 Anam Hashim is an Indian female professional bike stunt performer and rider. She is known as the first woman who had ridden to Khardung La in Ladakh on a TVS Scooty, a dangerous journey that she completed in 18 days. Anam, a fashion designer by education has proved that it isn't very difficult to ride a small scooter to the highest motorable road in the world. Apart from riding, she can do various stunts like wheelie’, stoppie or flamingo.
Related Books

Premium Motorbikes You Need To Add To Your Boy Toy Collection

Eliminating The Automobile Woes Of Riders

This Helmet Purifies The Air For Bike Riders