There are approximately 317 million active Twitter users worldwide as of January. With such a large number, it can be tough to figure out the right people to follow. But don’t worry, we’ve done the hard work for you. We’ve pulled together a list of 15 inspiring Twitter accounts for any aspiring entrepreneur.

From Richard Branson to Randi Zuckerberg, these 15 successful people share everything from motivational quotes to business ideas to some of their favorite books, podcasts and tech gadgets. 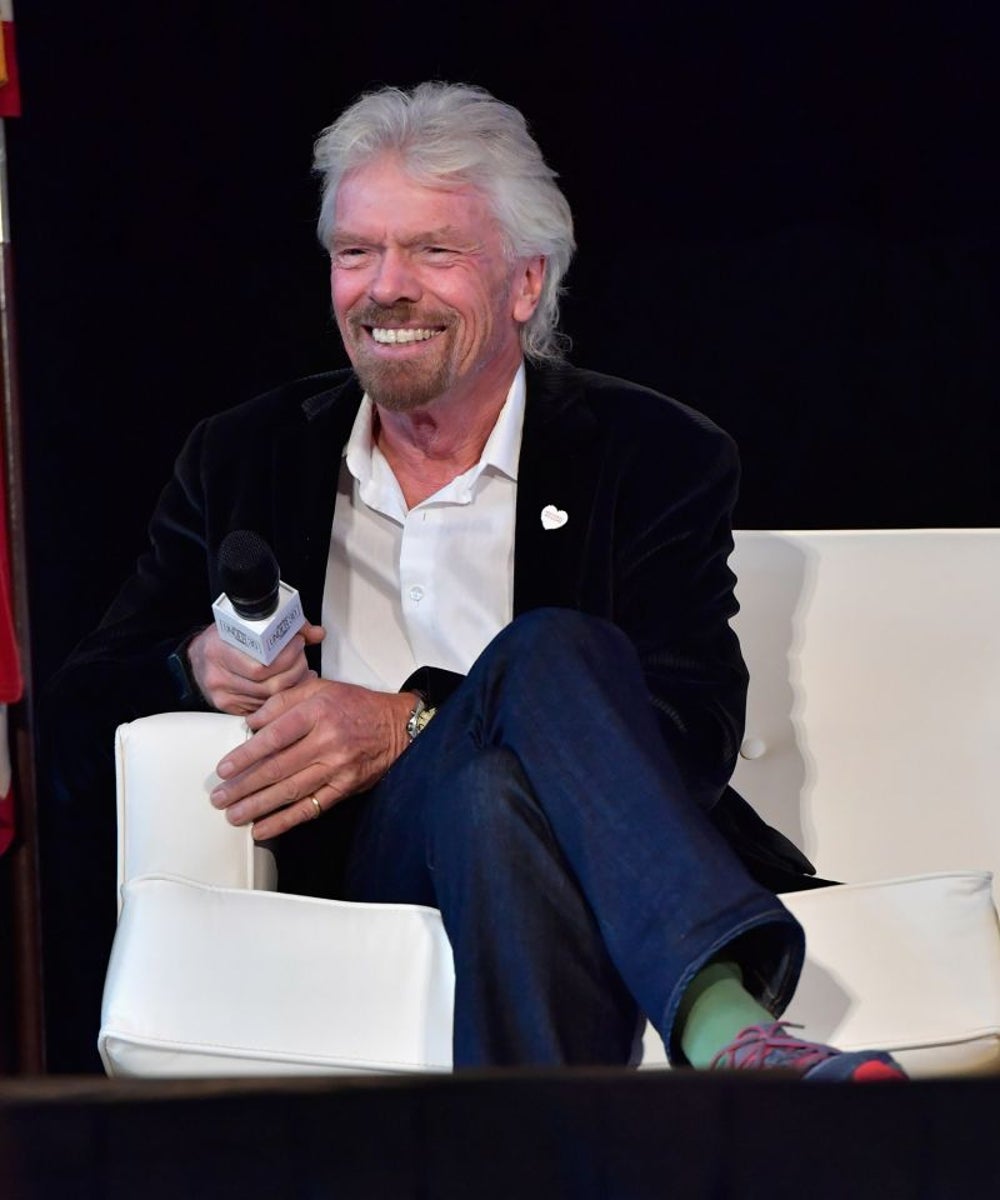 Image credit: Paul Marotta | Getty Images
Billionaire founder of Virgin Group, entrepreneur, investor and philanthropist Richard Branson has a Twitter account worth following. With more than 10.5 million followers, Branson shares daily motivation, his views on current events and other interesting news covering everything from entrepreneurship to mental health to literature. You can feel his optimism through his posts, and his tweets are bound to lift your mood and have you feeling inspired.

Over half a century in business, I’ve learned to see shifts in success and forks in the road as huge opportunities: https://t.co/5Qs0M7nXT2 pic.twitter.com/u3K03s4Ple 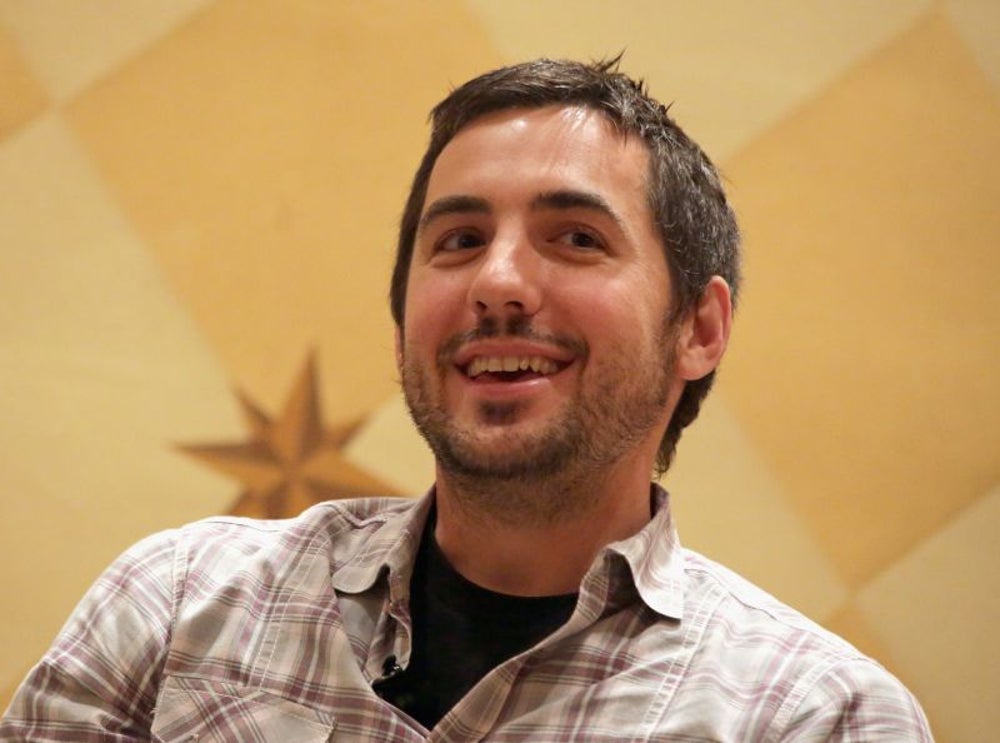 Image credit: Heather Kennedy | SXSW | Getty Images
Kevin Rose is a serial entrepreneur who’s made a big impact on the internet space. As the co-founder of four startups, Revision3, Digg, Pownce and Milk, Rose is an advisor at Google Ventures and a board member for the Tony Hawk Foundation. To his 1.74 million-plus followers on Twitter, Rose shares his favorite new products and services, engages with his followers by asking them questions and gives a glimpse into his personal life.

I tried Pilates for 6months, loved it, great ab work. My instructor in has just launched a home video Give it a try: https://t.co/x4sLWVfu9d 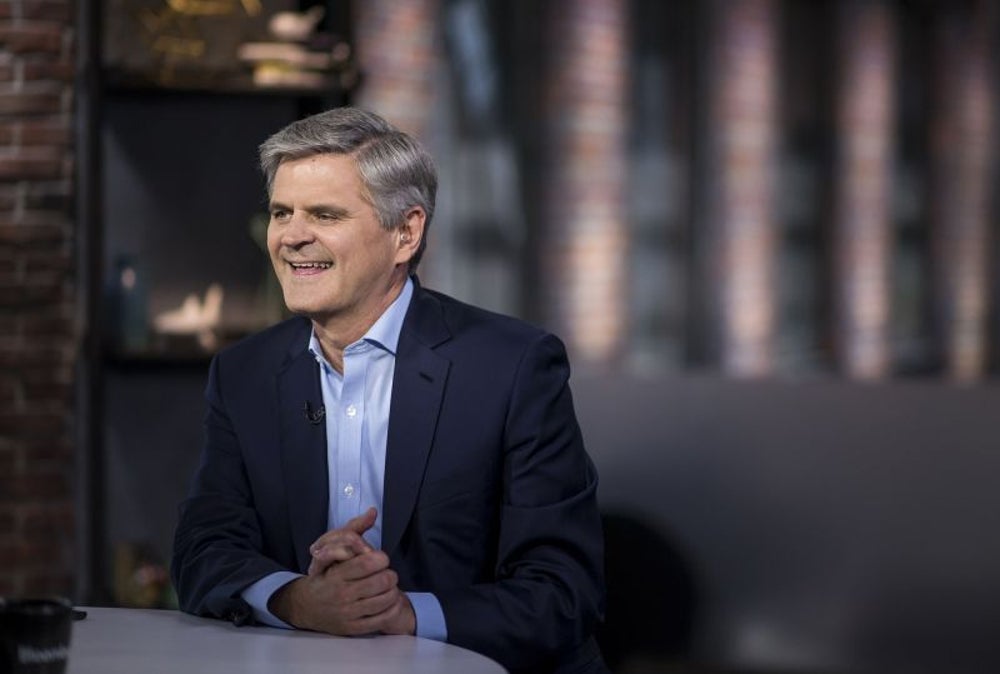 Image credit: David Paul Morris | Bloomberg | Getty Images
Steve Case is an an entrepreneur, investor, bestselling author and most notably the co-founder of America Online. From sharing interesting news articles to motivational quotes -- his tweets seek to inspire and help others take their businesses and lives to the next level.

The Best Jobs for Your Personality Type https://t.co/sztEZSwFDt "Everyone has different strengths, weaknesses & traits" pic.twitter.com/Bxoiq64stk 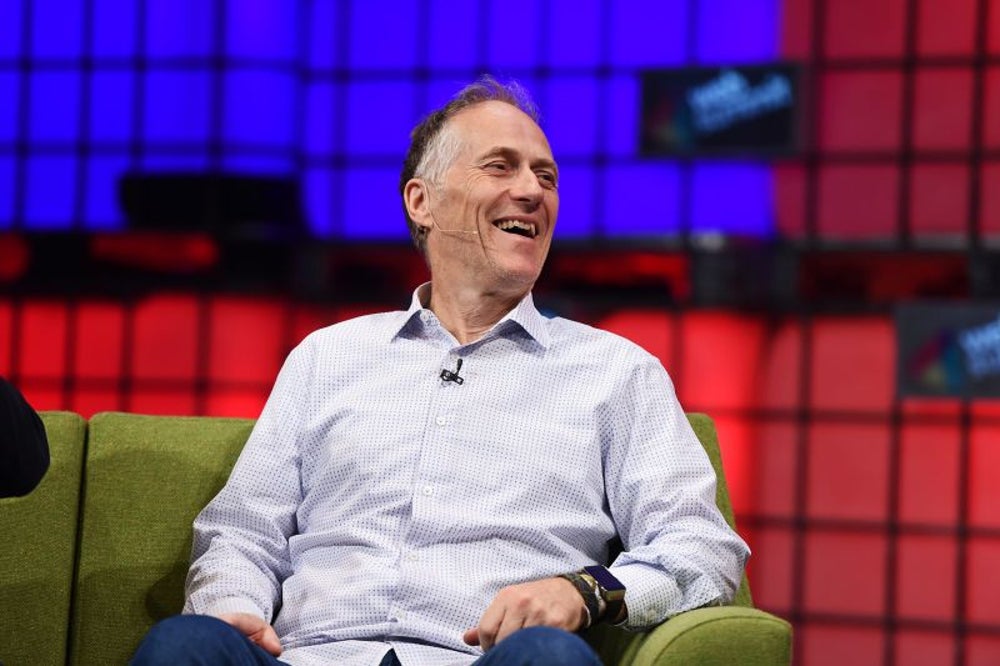 Image credit: Stephen McCarthy | SPORTSFILE | Getty Images
Founder and CEO of O'Reilly Media, Tim O'Reilly’s twitter account is a source for interesting studies, news and novel ideas. To his 1.98 million followers, the media mogul shares thought-provoking articles on topics covering everything from politics to technology to big business. He also shares some of his favorite audiobooks, books, quotes, facts and more.

Great explainer of key economics concepts and their role in innovation. Must read! https://t.co/wV6BpKD1Gr via @stratechery 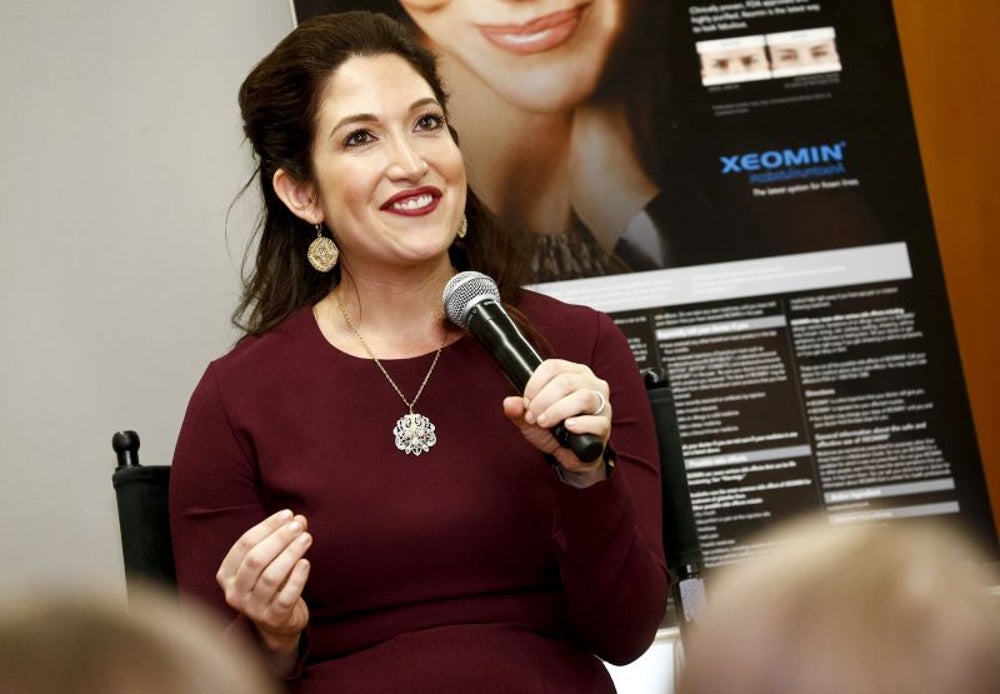 Image credit: Brian Ach | Merz Aesthetics | Getty Images
Even with a famous brother, Randi Zuckerberg has made her own footprint on the world. Zuckerberg is the CEO and founder of Zuckerberg Media, as well as a powerful voice for women. On Twitter she engages and sparks conversations with her followers, introduces them to other entrepreneurs and shares helpful business lessons, all while showing her bubbly and optimistic personality.

LIKE or DISLIKE? Post Intelligence: an AI social media coach helps you craft the best messages and send them at the best moment 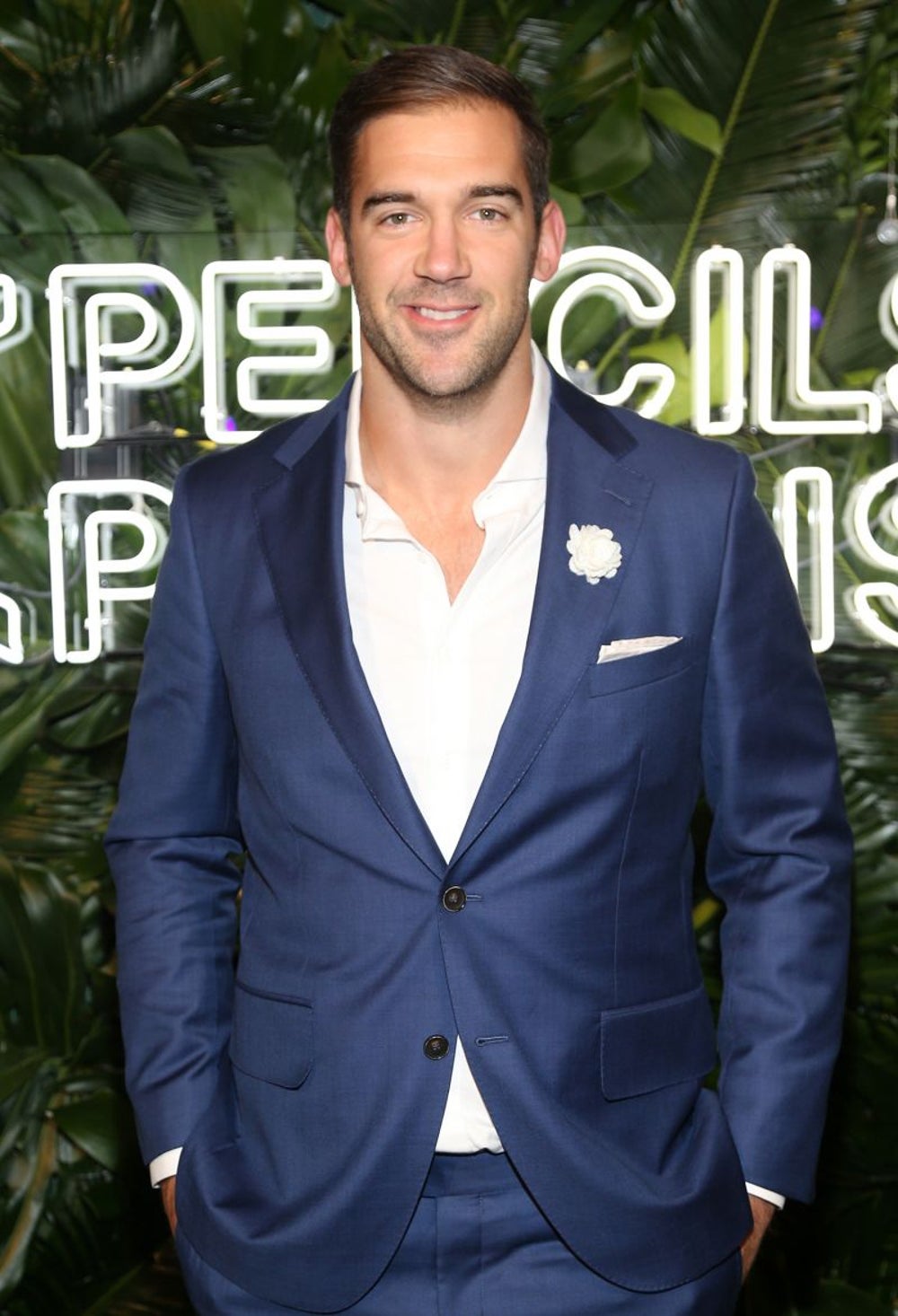 Image credit: Bennett Raglin | WireImage
If you’re seeking constant inspiration and some midday pick-me-ups, look no further. Former pro athlete, bestselling author, entrepreneur and podcast host, Lewis Howes’s Twitter is a treasure trove of inspiration for aspiring entrepreneurs. With more than 122,000 followers, he shares daily quotes and tips on how to be your best self, as well as his latest podcast episodes where he interviews business stars from Gary Vaynerchuk to Sara Blakely.

Your Life Is Your Message To The World. Make Sure It's Inspiring https://t.co/akazVxQHIu pic.twitter.com/p1xAbYyEBh 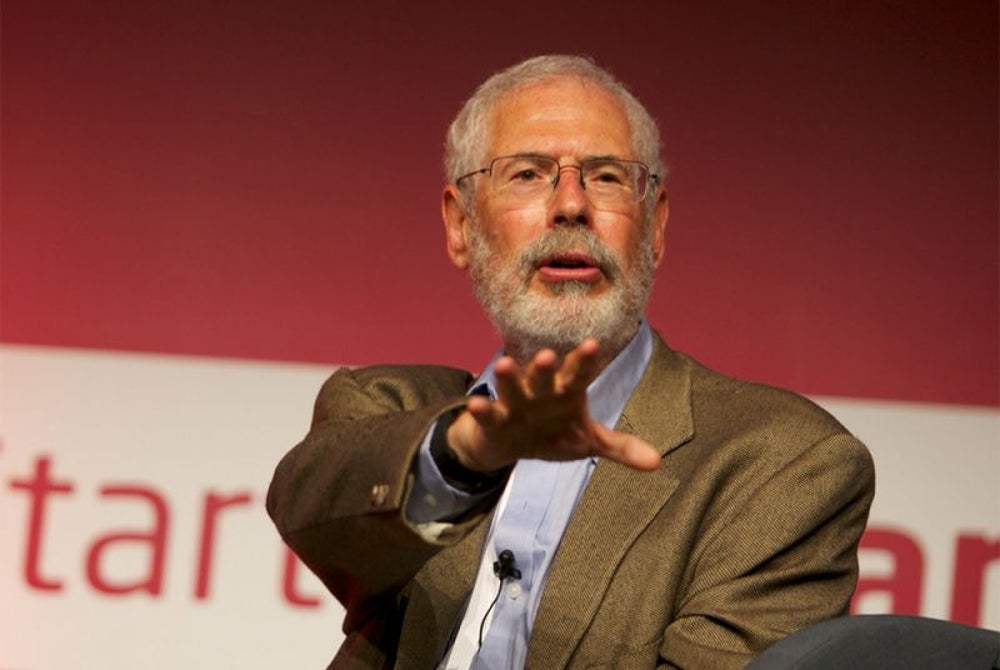 There should be a lemon law for bad VCs https://t.co/17LMDv1Mrt 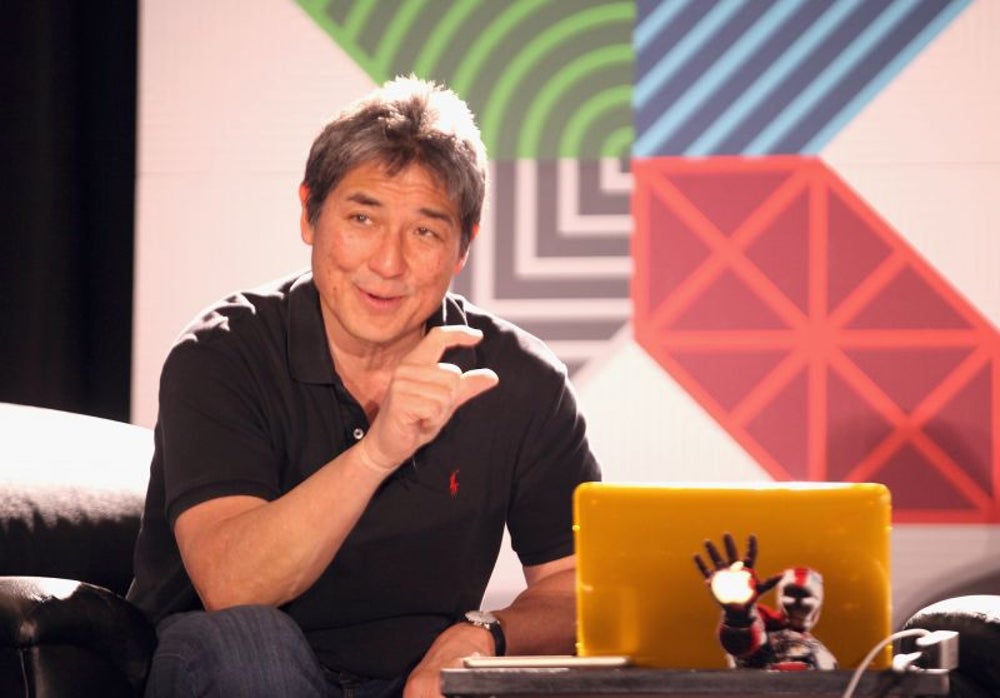 Image credit: Richard Mcblane | SXSW | Getty Images
Guy Kawasaki is a marketing expert, author of 13 books, Silicon Valley venture capitalist and currently the chief evangelist of Canva. He shares business lessons, his take on current events, his favorite things (movies, tech gadgets, books -- you name it) and success stories of others in the industry with his more than 1.5 million followers.

Sheryl Sandberg opens up and reveals the raw emotions of grieving. https://t.co/RBF9jLpQbh pic.twitter.com/PkNsYKd2CV 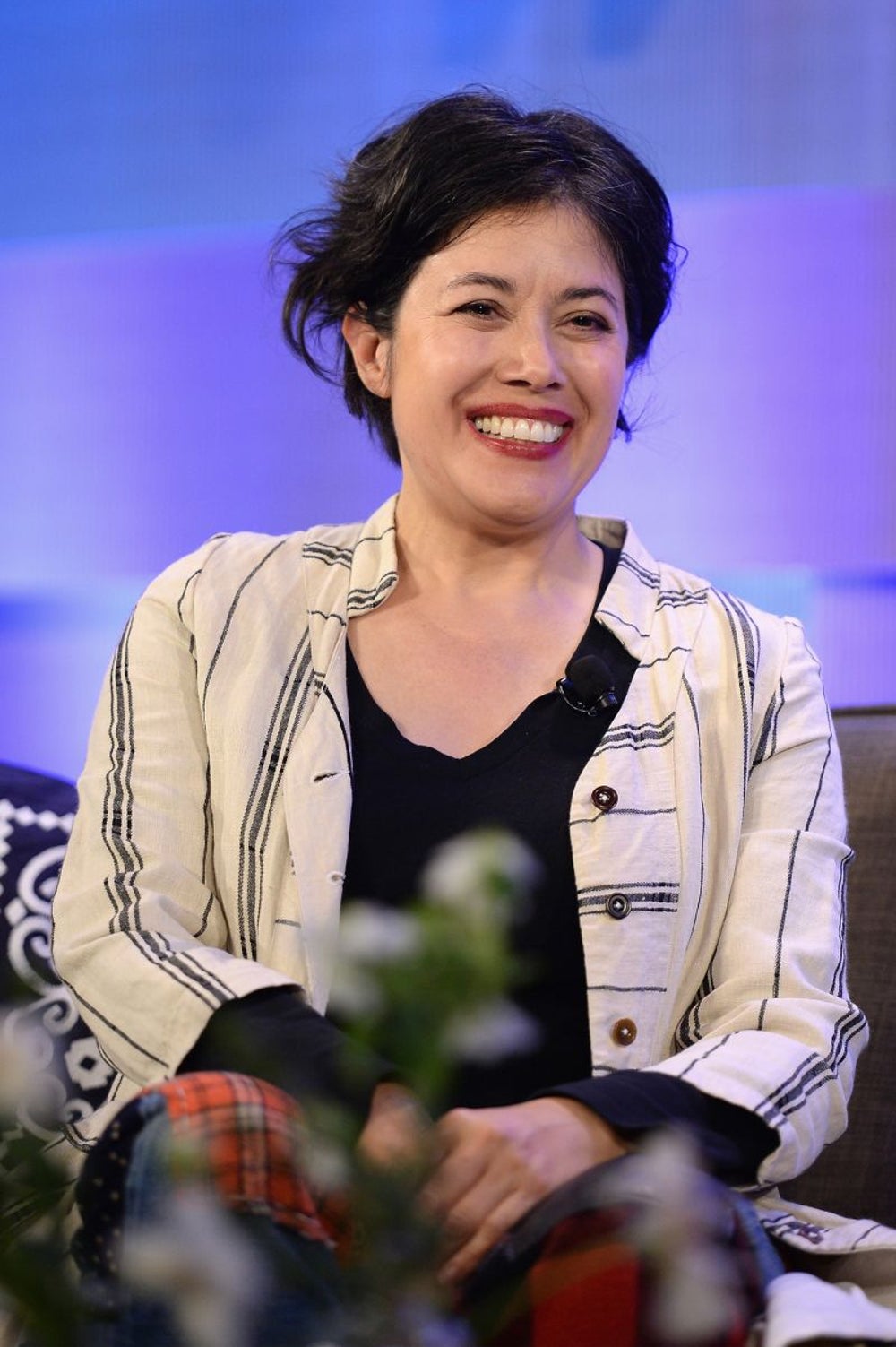 Image credit: Andrew Toth | Vanity Fair | Getty Images
Innovator and serial entrepreneur, Caterina Fake has founded and co-founded a number of companies including Flickr, Hunch and more. Suffice to say, she knows a thing or two about getting started. And on Twitter, she shares with her 118,000 followers inspirational interviews, her views on education, her favorite books, highlights from conferences and much more. She’s an activist and a voice for women, and every week shares her TOI (things of interest).

TOI from this week (i.e. Things of Interest) https://t.co/y86AbGCMR6 pic.twitter.com/BVDjwCK4dL 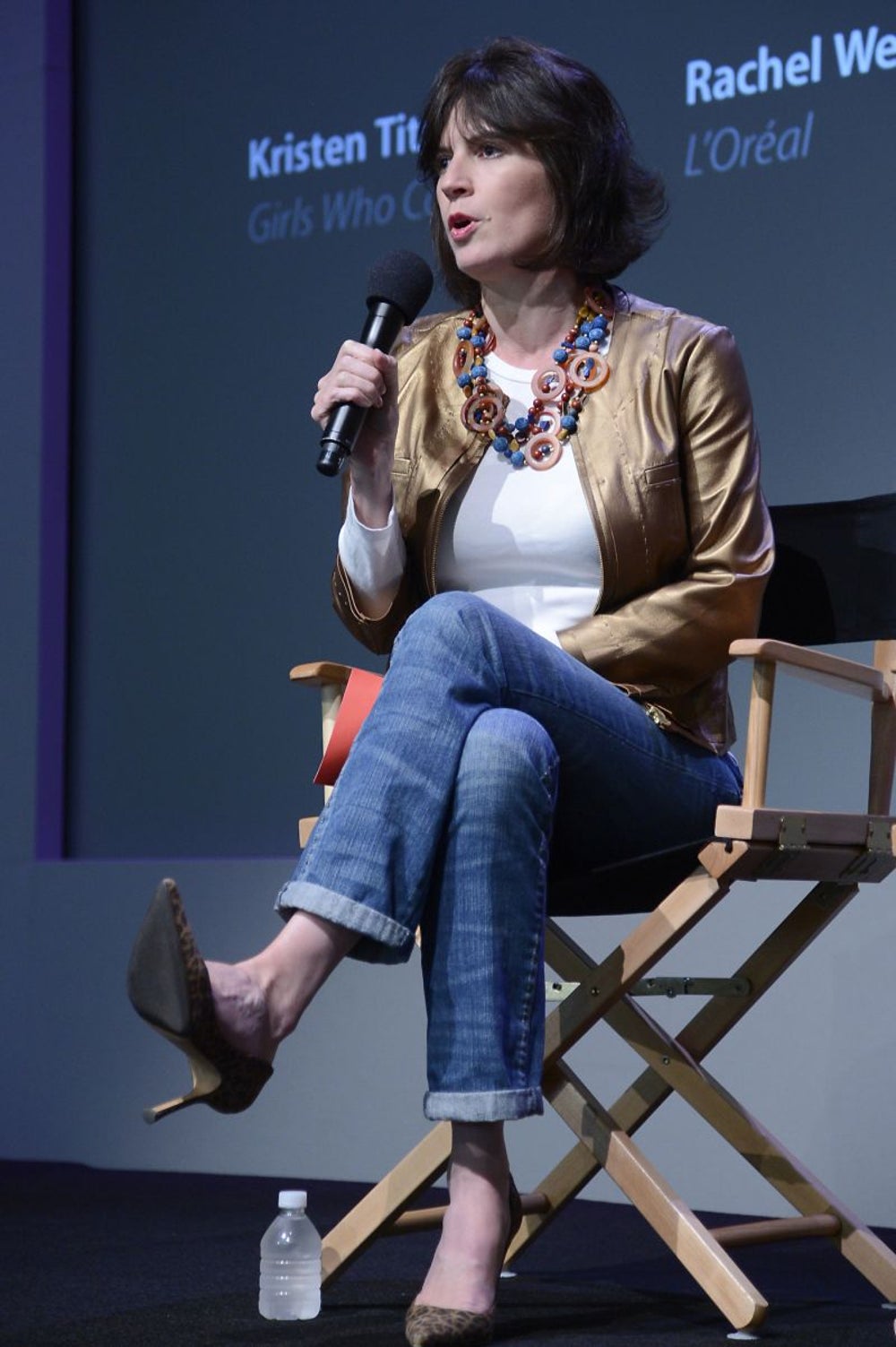 Image credit: Fernanda Calfat | Getty Images
Perhaps one of the lesser known Twitter accounts, but none the less inspiring, Kelly Hoey’s posts are bound to motivate you. She’s the author of the book Build Your Dream Network, a motivational speaker and an angel investor. From interview tips to relationship building strategies, Hoey’s account will teach you how to build your personal brand and grow your network.

Turning a "cold" email into a warm job interview: @jessicapeltz mastered this in her post-college job search https://t.co/UcL9wD9JgI #BYDN pic.twitter.com/Al9NpOnTTK 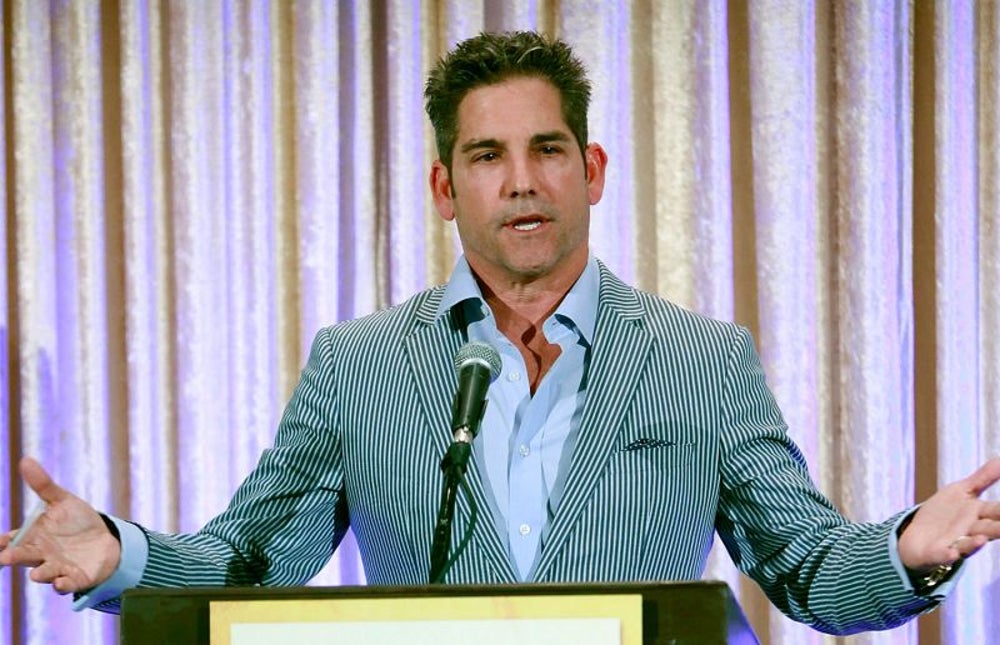 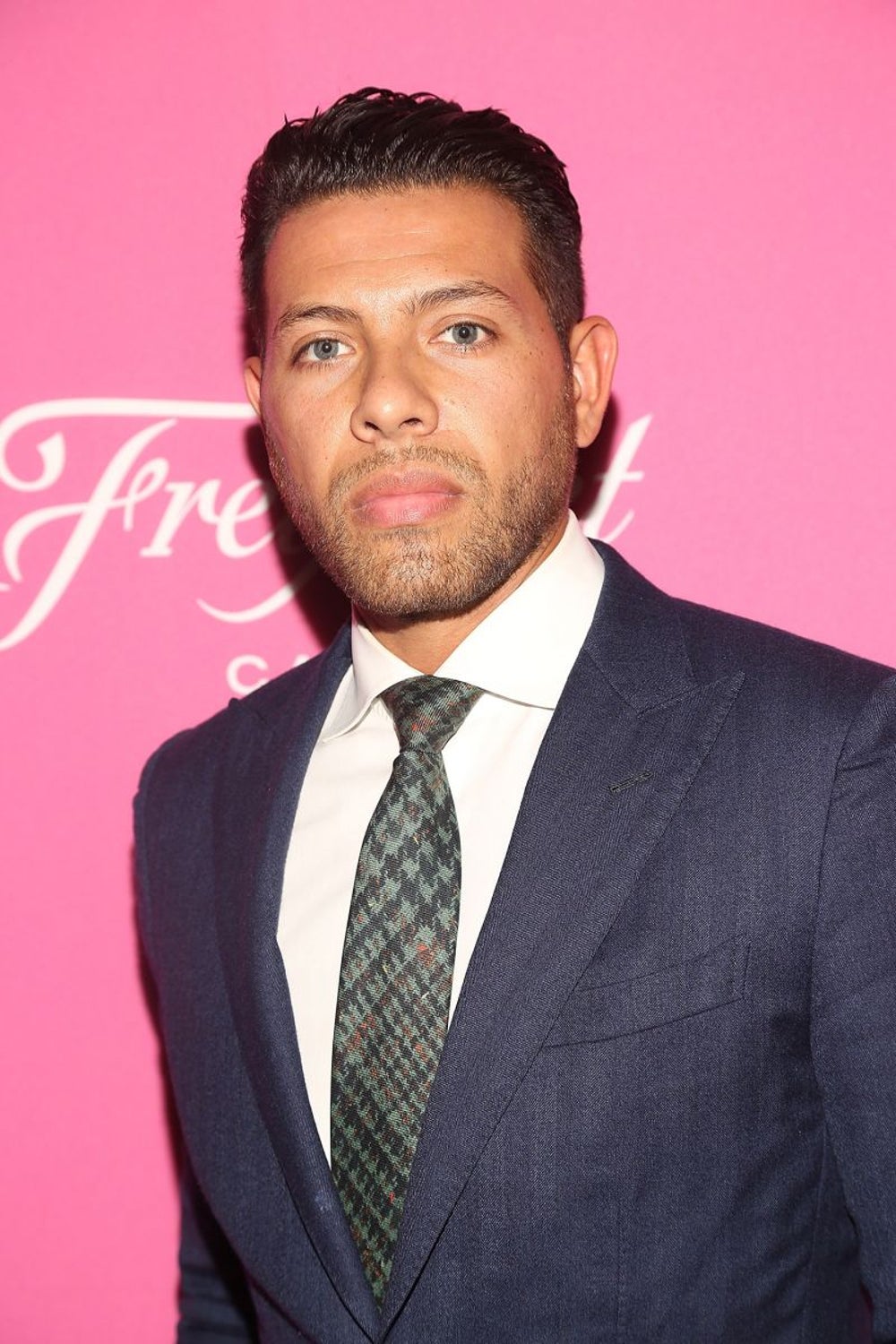 Gerard Adams, co-founder of Elite Daily, entrepreneur, investor and “millennial mentor,” is a source for inspiration. If you’re feeling uninspired, stuck or simply in a bad mood, just turn to his Twitter account. Adams posts daily motivational lines that can turn your day around and get you back on track.

Don't be afraid to get back up and try again, love again, live again, and to dream again. Don't let a hard lesson harden your heart. 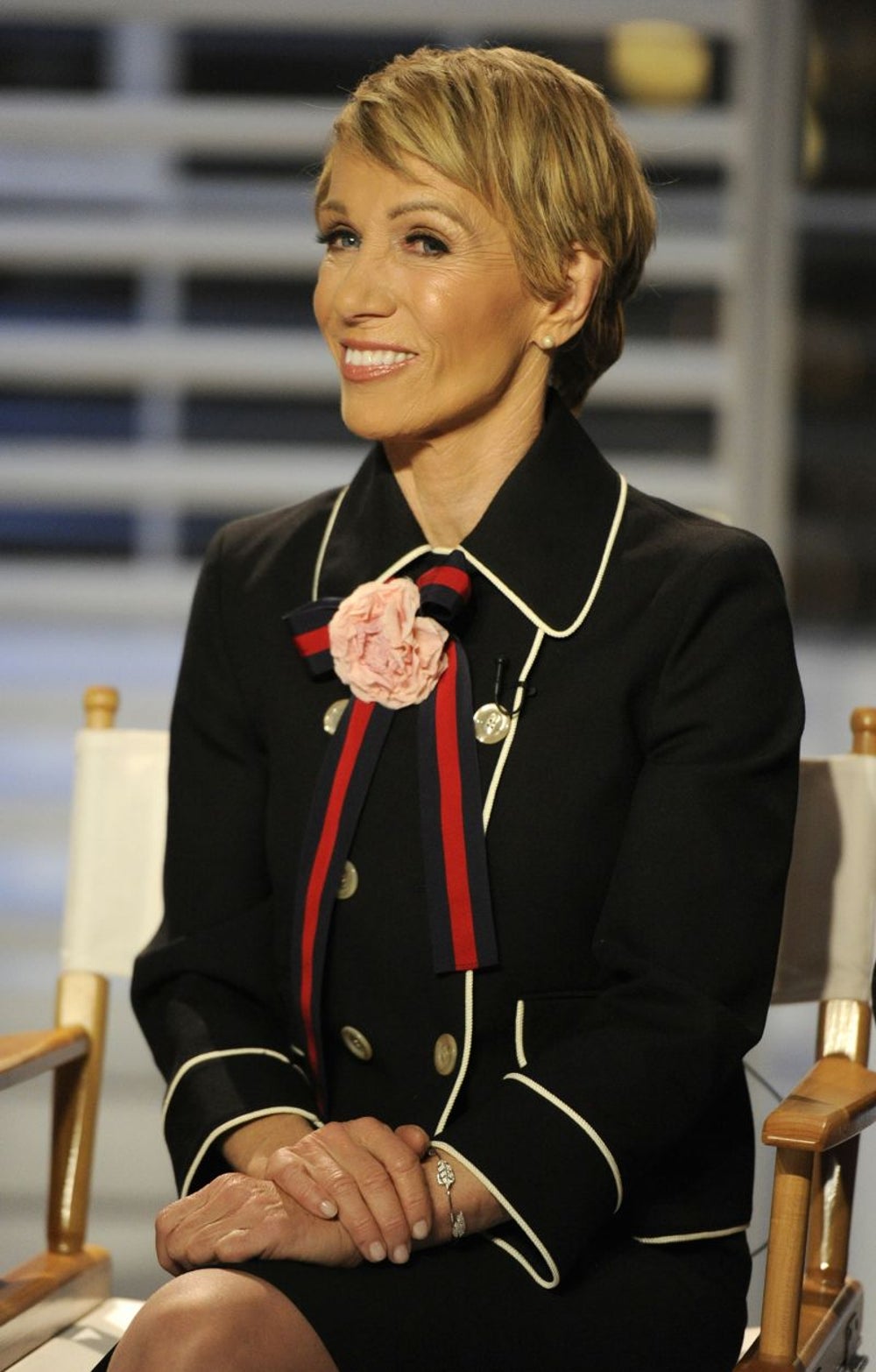 Image credit: Jeff Neira | ABC | Getty Images
Entrepreneur, investor, speaker, author and one of the stars of Shark Tank, Barbara Corcoran’s Twitter is one of the best resources for entrepreneurs. From bouncing back from failure to having the right mindset to discovering your passion -- Corcoran wants to help her 600,000 followers to reach their entrepreneurial dreams.

The essence of a great entrepreneur is the ability to bounce back... from anything! 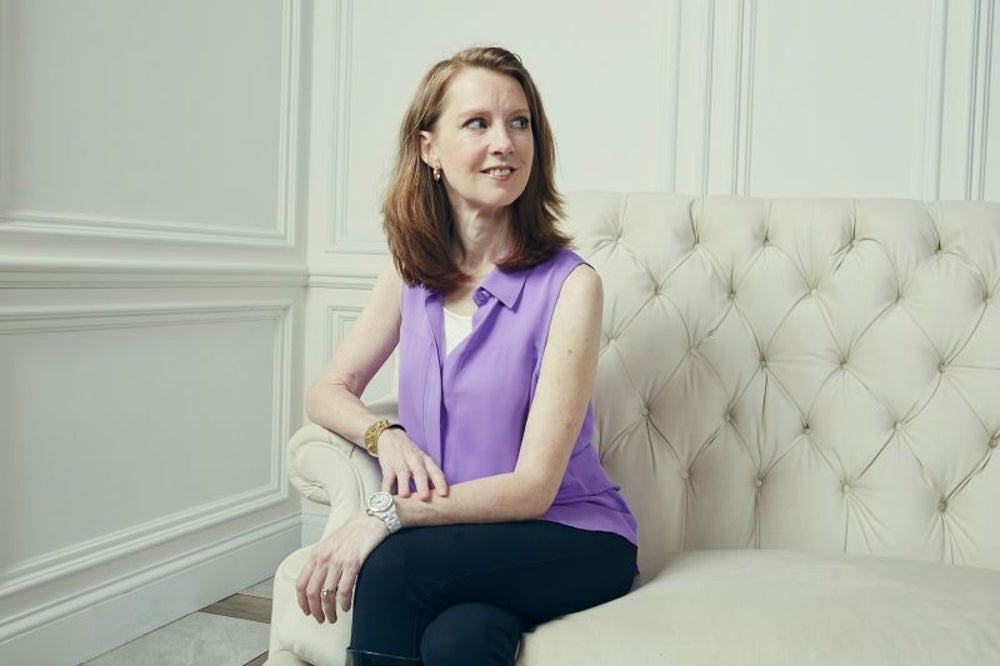 Image credit: Smallz & Raskind | Samsung | Getty Images
Bestselling author, public speaker and happiness advocate, Gretchen Rubin’s optimistic approach to life and business is portrayed through her Twitter account, which is followed by more than 130,000 people. Rubin shares how to develop good habits, her creativity hacks, relaxation exercises and other strategies to help boost your happiness levels.

Trying to keep a habit? Try the strategy of inconvenience. Change your surroundings, not yourself. #BetterThanBefore 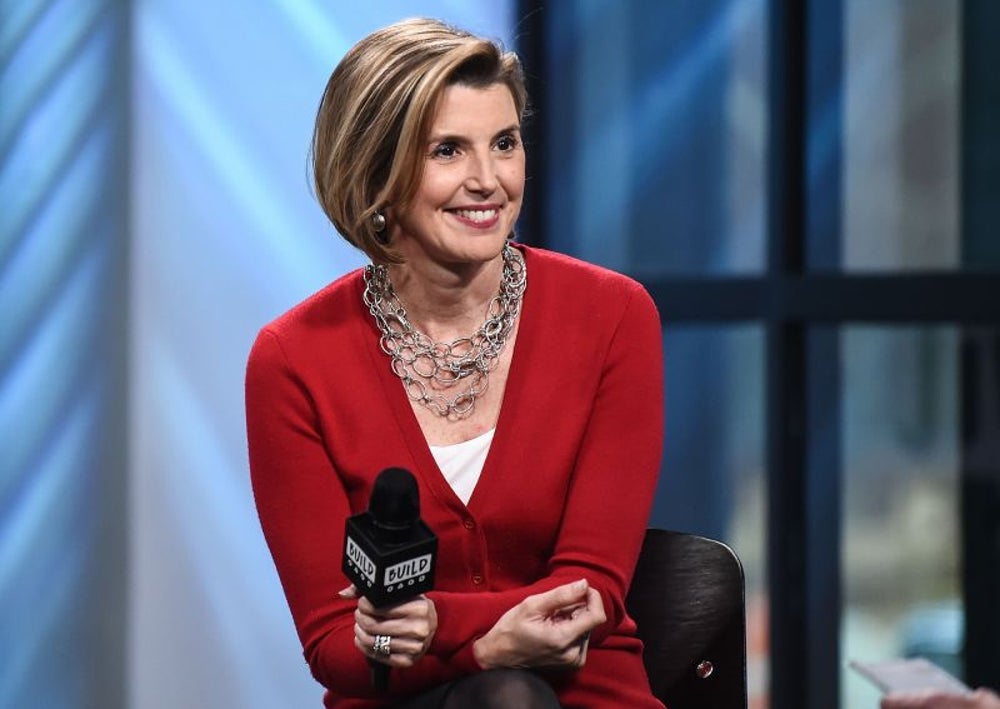 Image credit: Daniel Zuchnik | WireImage
Sallie Krawcheck is the CEO and co-founder of Ellevest, a digital advisory firm for women and the owner and chair of Ellevate Network. Also a bestselling author, it’s safe to say that Krawcheck knows a things or two about starting and running a business. With more than 46,500 followers, she shares interesting industry insights on topics such as finance, tech, startups, venture capital, women in the workplace and more.

How to Build a Great Company: Insights for Start-Up CEOs (and Everyone Else) https://t.co/7oHaxeLM0V