16 Things That Lack of Sleep Can Do to You, According to Science

Not getting enough zzz's at night is hurting your health.
Next Article

From forgetfulness to weight gain to poor performance at work, a lack of sleep comes with a number of harmful side effects. In 2016, one-third of American adults weren't getting a sufficient amount of sleep, according to the Centers for Disease Control and Prevention.

Related: 5 Ways to Get Better Sleep Without Sleeping More Hours

Insufficient sleep can also cause a range of issues including increased risk for diseases, learning impairment, lowered GPAs and job performance, increased anxiety, damaged skin and more. To lower your risk of these effects and improve your health, the solution is simple: sleep, for about seven hours each night.

Still not convinced? Here are 16 things a lack of sleep can do to you, according to science. 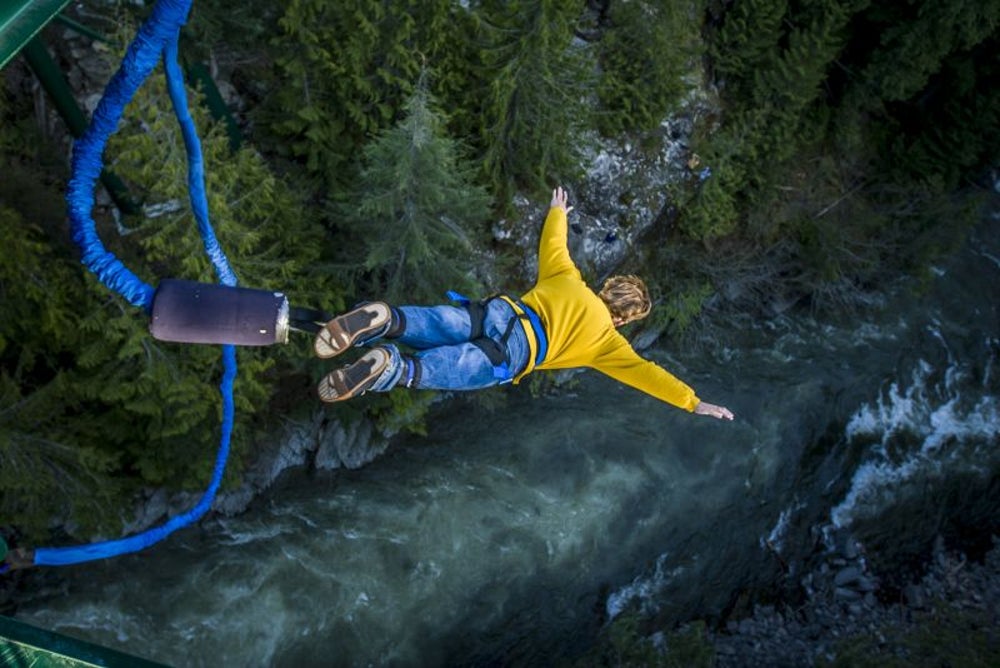 When it comes to sleep, it's important to get in a good, consistent routine. In fact, a chronic lack of sleep can result in a number of negative side effects, one being an increase in risk-seeking. A recent study, which studied the behavior of 14 men between 18 and 28 years old, found that when these men only got five hours or less of sleep for a week, they were more prone to taking risks. Eleven of the 14 men behaved significantly riskier throughout the week with less and less sleep. However, there was no sign of increased risk-seeking when a person only experienced one night of poor sleep. 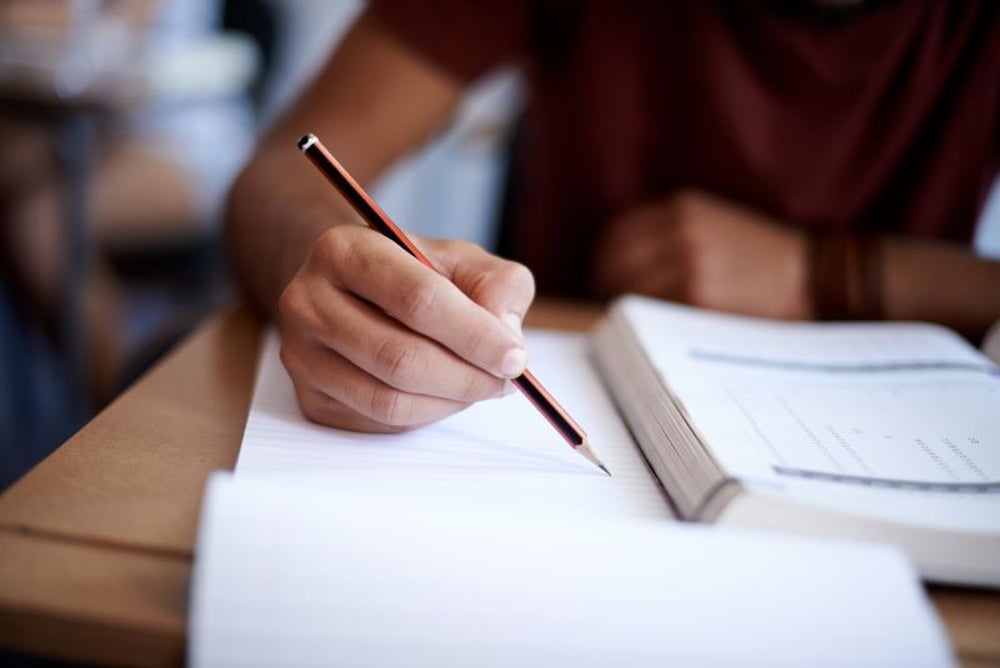 Image credit: PeopleImages | Getty Images
Again, consistency is key when it comes to sleep. On top of increased risk-seeking, lower performance and GPAs can result from an inconsistent sleep schedule. Another recent study, which studied a group of 61 Harvard students who kept sleep diaries, found that students who went to bed and woke up at the same time every day had higher grades than students who had irregular and inconsistent sleep patterns. 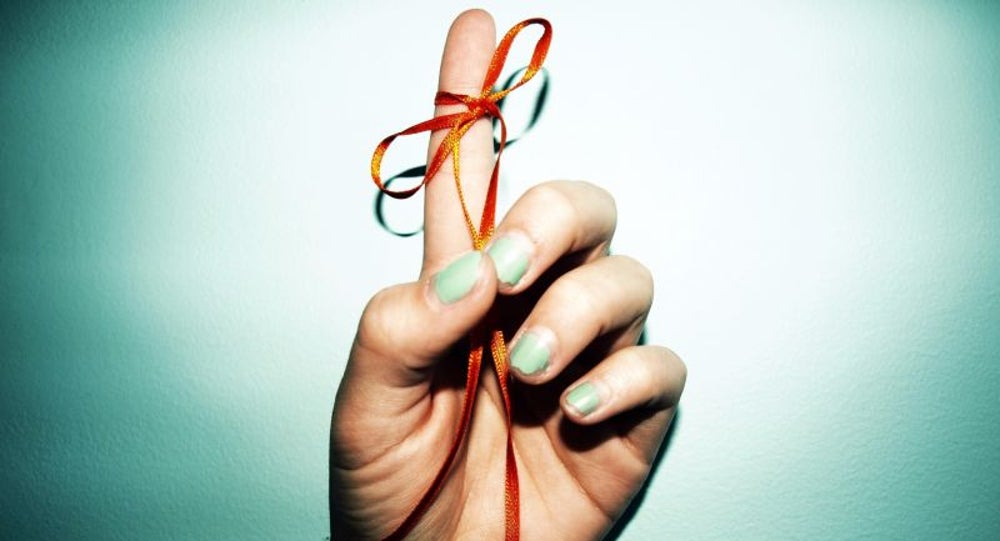 Image credit: Katie Black Photography | Getty Images
It's no surprise that a lack of sleep can make someone more forgetful. However, its effect might be more serious than you think. A study conducted by researchers from the University of Michigan further uncovered the impact that sleep deprivation has on a region in the brain's hippocampus, called the CA1. This region is responsible for long-term memory formation, so when a person's not getting enough sleep, its functions are directly affected and people remember less. 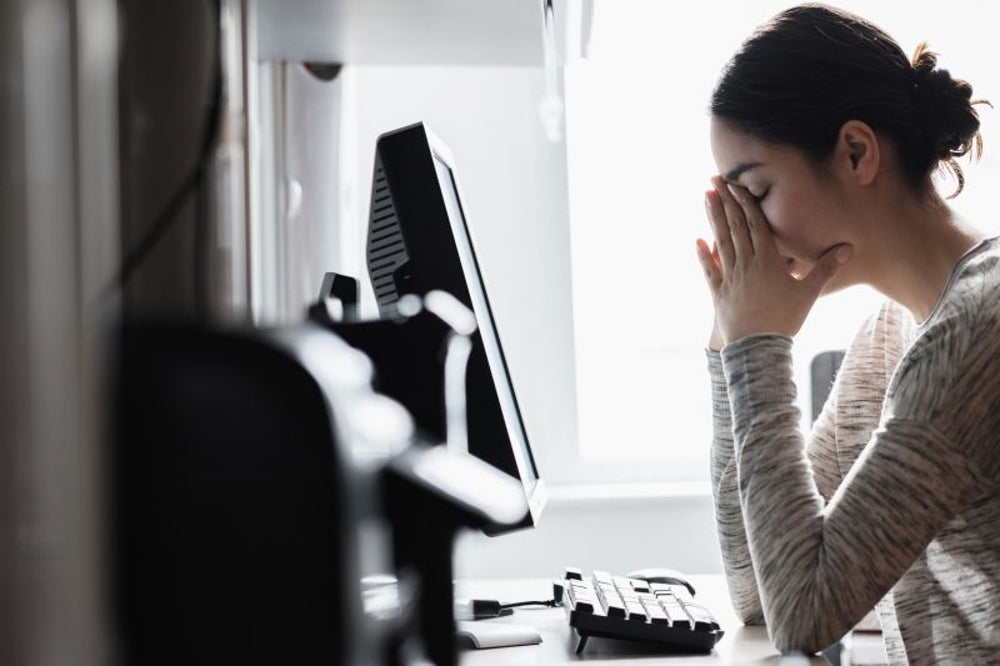 A lack of sleep can often leave a person feeling sluggish and even a little fuzzy-headed the next day, often resulting in lowered performance and productivity at work or in school. However, two sleepless nights might have more consequences than you'd expect. Recent research found that two consecutive nights of getting six hours or less of sleep can cause a person to feel sluggish for the following six days. Even staying up an extra hour while still getting a full night's sleep can also result in lowered performance the next day. 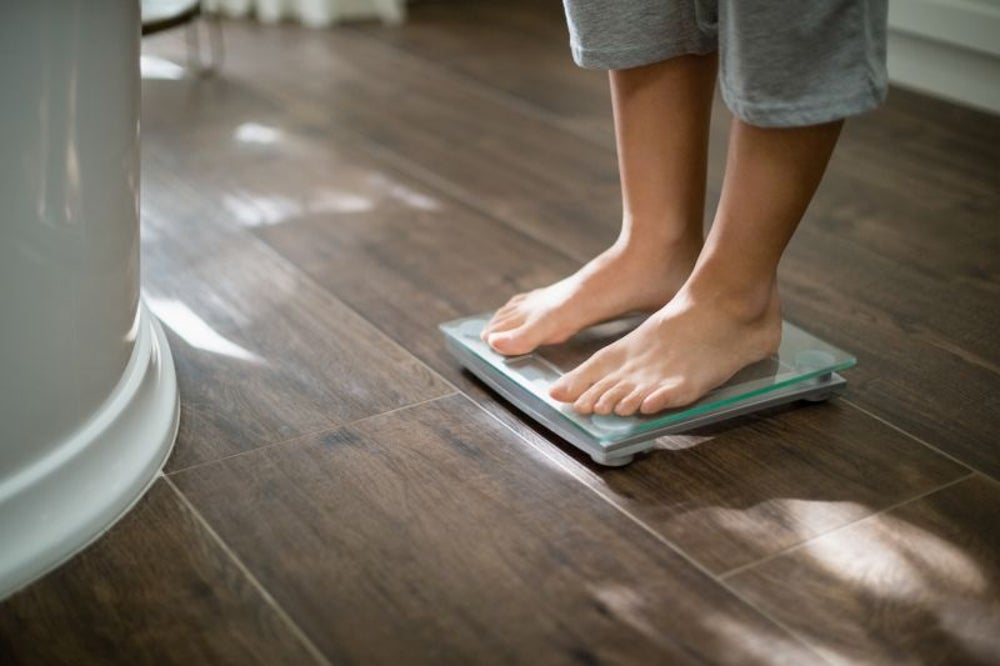 Image credit: Wavebreakmedia | Getty Images
If you're not getting enough sleep, your waistline might be seeing the consequences. A study conducted by researchers in the U.K. analyzed 1,615 adults who reported their nightly sleep durations and daily food intakes. The participants also provided blood samples, weight, waist measurements and blood pressure records throughout the study. As a result, the researchers found people who got about six hours of sleep every night had waistlines an average 1.2-inches larger than participants who got at least nine hours of sleep. 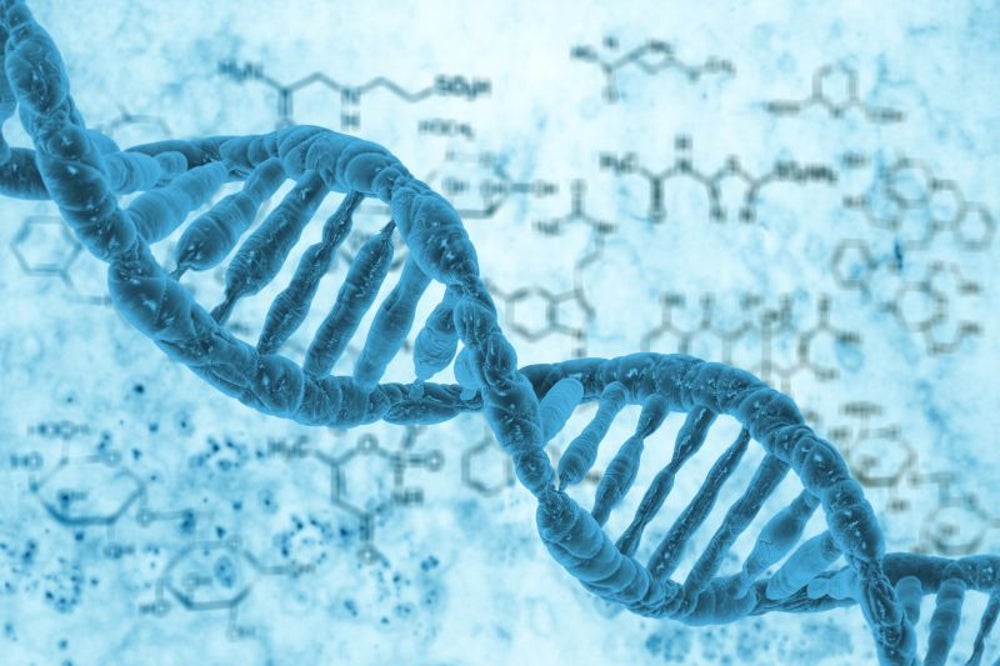 Image credit: Pablo_K | Getty Images
While you wouldn't expect sleep deprivation to directly impact your actual genes, it turns out it does. By examining blood samples of people taken a week after they got fewer than six hours of sleep each night, researchers in the U.K. discovered changes in more than 700 genes as a result of sleep deprivation alone. Some of these genes were found to have effects on a person's inflammatory, immune and stress responses of the body.

Increases your chances of catching a cold 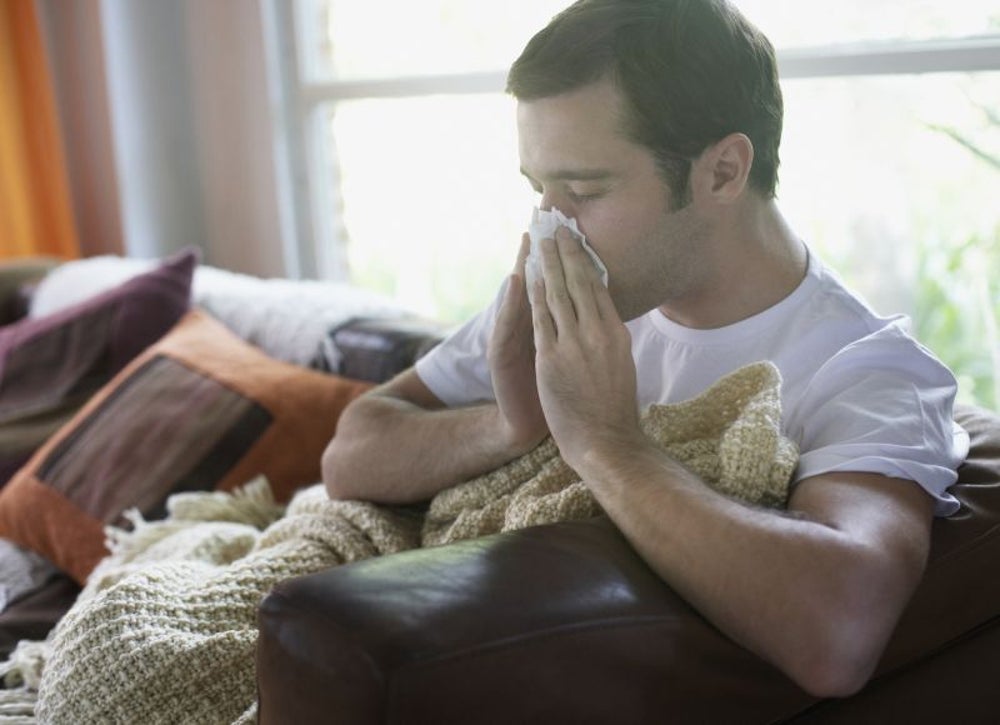 Image credit: Paul Bradbury | Getty Images
Insufficient sleep has a large impact on impacting a person's immune system and ability to fight off viruses. In fact, one study found that people who sleep six hours or less every night are four times more likely to catch a cold than people who sleep seven or more hours.

If you're lacking on the sleep spectrum, your social life might be suffering. A recent study asked 122 people to rate the before and after pictures of 25 participants who got a normal amount of sleep and then two days of insufficient sleep. As a result, raters perceived the images of participants when they were sleep deprived as less attractive and less healthy. Not only that, but raters admitted to being less inclined to socialize with people who looked sleep deprived.

Affects your ability to regulate your emotions 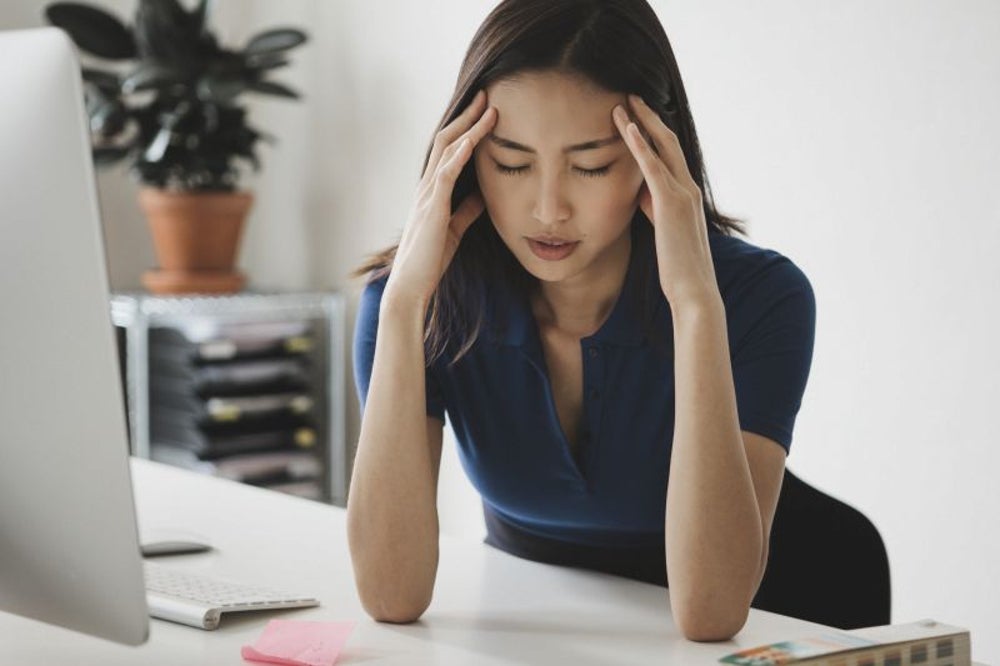 A lack of sleep also decreases a person's ability to fully regulate their emotions. One study discovered that one night of lost sleep can cause a person to respond more emotionally to stressful situations than they would if they were rested. Supporting this, another study discovered that sleep deprivation has a direct impact on a person's amygdala, which is a part of the brain responsible for detecting fear, causing anxiety and responding to emergency events. Participants were found to have trouble regulating their emotions during stressful events. 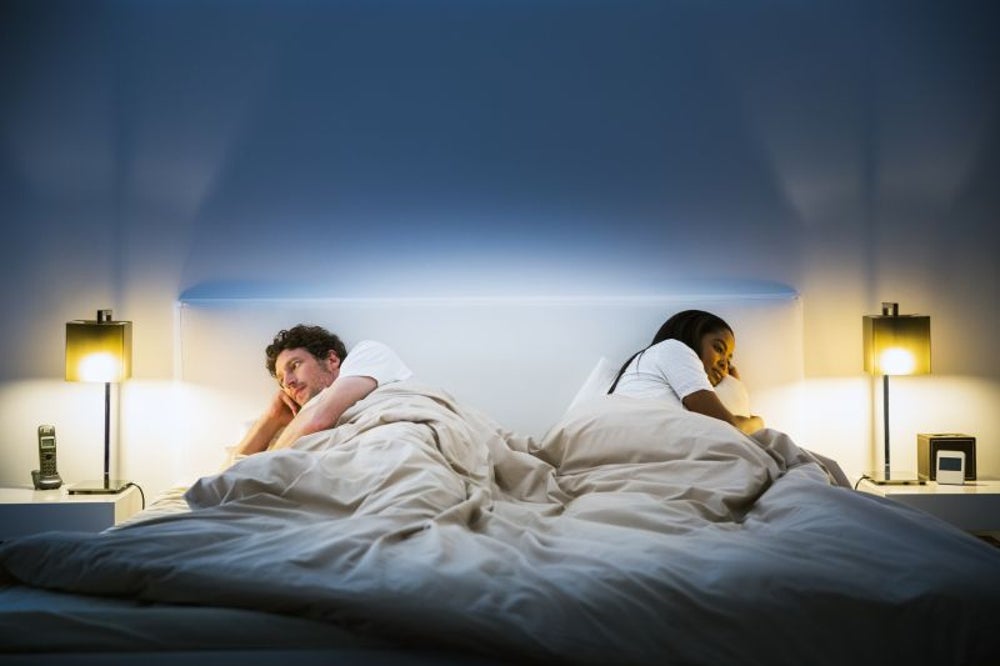 Image credit: Portra | Getty Images
Sleep deprivation affects nearly every aspect of a person's life -- even in the bedroom. One study found that insufficient sleep can result in decreased stamina and sexual response in women. The case is similar for men. An earlier study found that when men don't get enough sleep, their testosterone levels are significantly reduced, which could also affect their ability to reproduce.

Increases your risk of cancer and other diseases 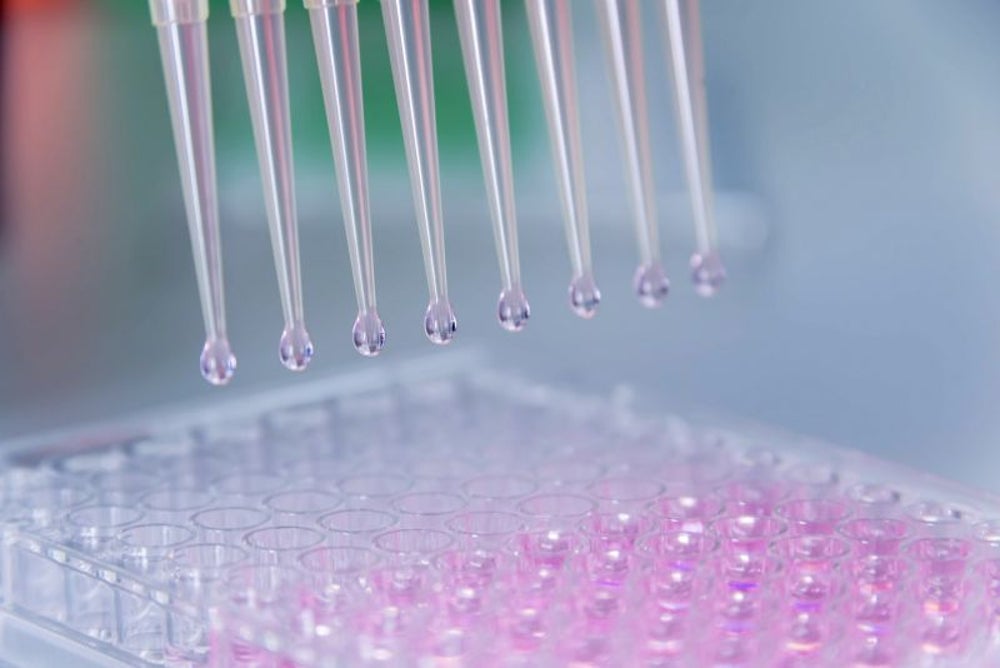 A report published last year found that the hormone melatonin, which a person gets from sleep, can be helpful in reducing the size of a breast cancer tumor. A lack of sleep will result in less melatonin being produced in a person's body.

Another study analyzed 823,000 men and found that men younger than 65 years old who got between three to five hours of sleep every night were 55 percent more likely to develop prostate cancer than men who got seven or more hours. Research has also found that sleep deprivation can also increase risks for cardiovascular disease, diabetes, obesity and even death.

Causes your brain to burn out 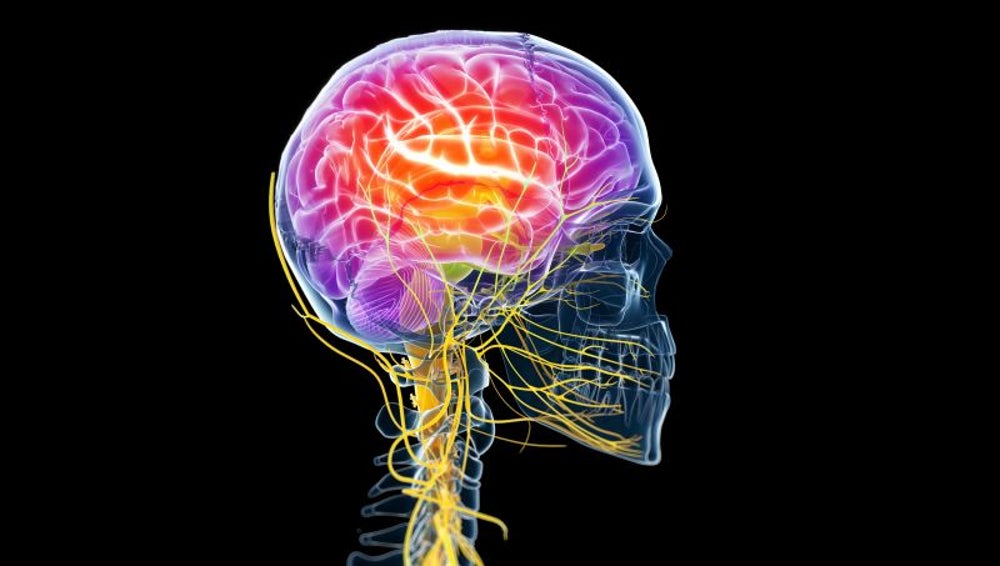 Image credit: SCIEPRO | Getty Images
Chronic sleep deprivation has a number of scary side effects, one of which is the impact it has on causing a person's brain to burn out and literally eat itself. A study that analyzed the brains of some well-rested and some sleep-deprived mice found that the brain cells responsible for destroying worn-out cells and debris get more intense when someone is sleep deprived. While these cells are helpful in clearing out potentially harmful debris and rejuvenating circulatory systems, when they go into overdrive and perform too much, people are at higher risk for Alzheimer's and other neurological disorders.

Prevents you from forgetting bad memories 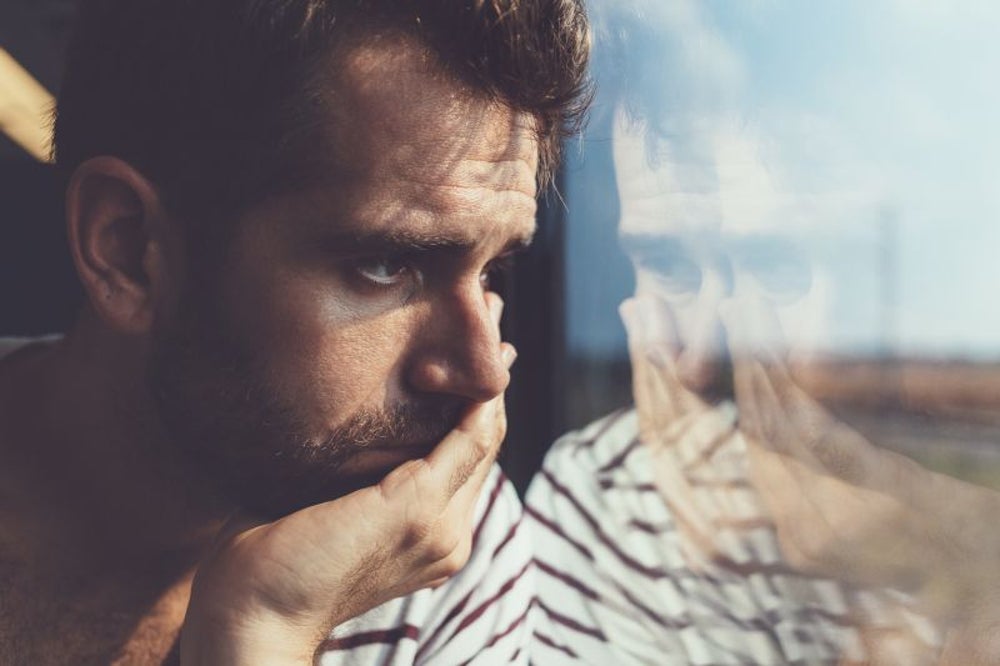 Image credit: Marjan_Apostolovic | Getty Images
Sleep helps to suppress negative memories, which is necessary for a person's mental health. One study found that a lack of sleep can help bad memories stick around and in fact, plays a role in consolidating them, which makes the memories more resistant to change and suppression over time. Researchers believe that this can play a role in causing depressive symptoms or PTSD in people who are sleep deprived. 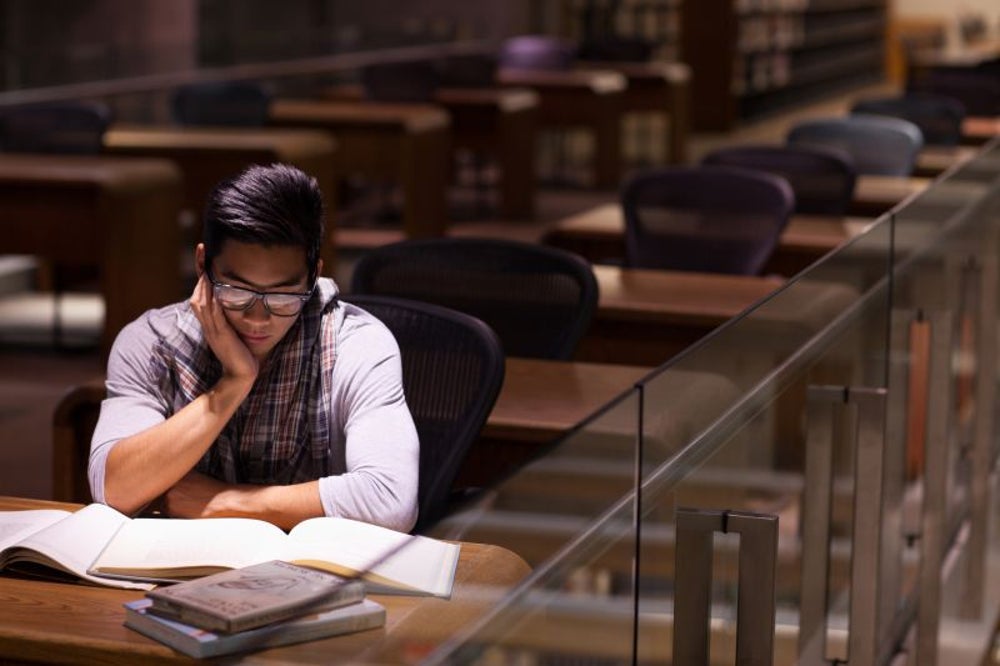 Sleep helps reset the brain and can be crucial for learning. One study found that the loss of a single night's sleep blocks the brain from naturally resetting, which causes neurons to become over-connected and muddled, making it difficult for a person to absorb new information.

Related: 11 Unexpected Things That Are Stealing Your Sleep 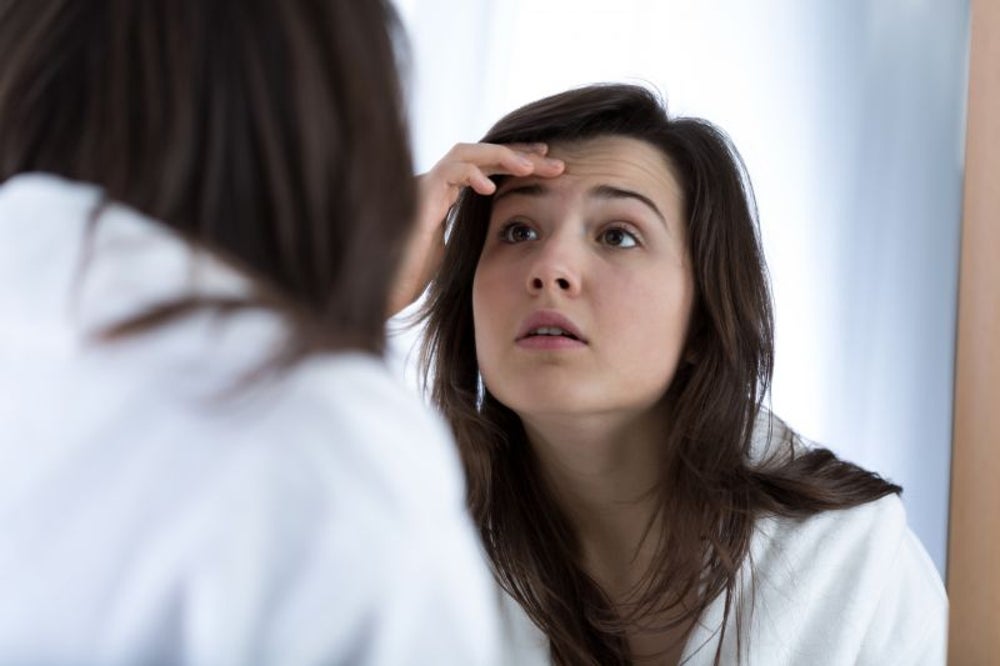 Image credit: KatarzynaBialasiewicz | Getty Images
According to a study, getting six hours of sleep or less at night can increase the appearance of wrinkles on a person's face. After examining the skin of 30 women in the U.K. when they were well-rested and then when they slept less than six hours for a week, researchers found women's skin to nearly double in the amount of wrinkles and blemishes.

Weakens the effectiveness of vaccines 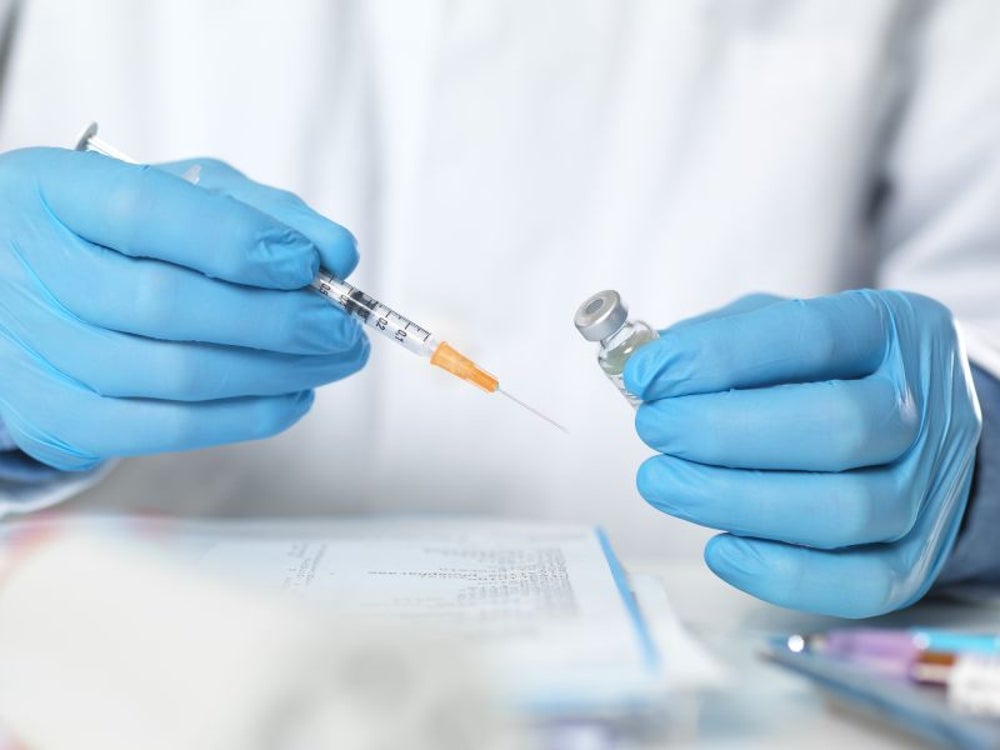 Image credit: TEK IMAGE | SCIENCE PHOTO LIBRARY | Getty Images
Research has found a link between sleep duration and immune responses to vaccinations. People who slept six hours or less after receiving a standard three-dose hepatitis B vaccination were 11.5 times more likely to be unprotected by the immunization.
More from Entrepreneur