Need a little inspiration? These books will help get you back on track.
Next Article

Every entrepreneur has their own roadmap to success, but being African-American poses more challenges. Fortunately, you can take cues from people who have already reached the top: the millionaires and billionaires who played the entrepreneurial game and won. Many of these successful entrepreneurs and personalities have put their journeys into words, writing books full of personal experiences, lessons learned, success tips and tricks and more.

Related: 17 Business Books Everyone Will Be Reading in 2018

From acclaimed producer and screenwriter Shonda Rhimes’ Years of Yes, where she shares her journey of opportunity and risk, to Daymond John’s new book Rise and Grind, about what it really takes to make it as an entrepreneur -- there are a number of inspirational books written by successful black individuals.

“Years of Yes” by Shonda Rhimes 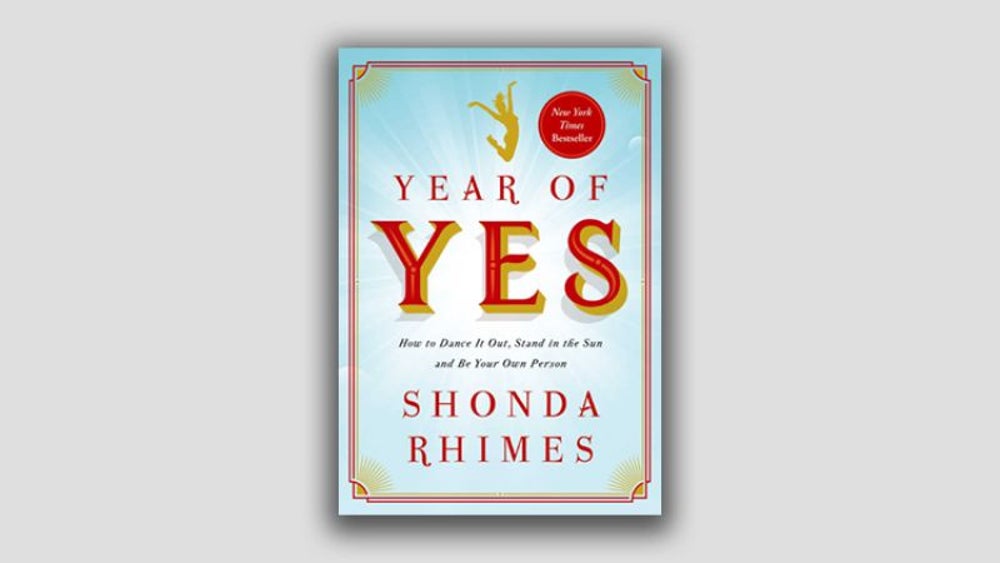 Image credit: Simon & Schuster
Television producer, screenwriter and author Shonda Rhimes, best known for her hit series Grey’s Anatomy and Scandal, is a leading lady in Hollywood and she’s taken her personal experiences and shared them with the rest of the world through her book Years of Yes and her popular TED Talk “My year of saying yes to everything.” In her 2015 memoir, Years of Yes, Rhimes shares her transformational journey from being a shy, nervous introvert who would constantly turn down opportunities to becoming a confident speaker and connector who began saying “yes” to anything that came her way. Rhimes’s story is motivational for anyone looking to get out of their shell and out into the world.

“Playing the Game Without a Coach: How Courage, Resilience and Forgiveness Helped One Man Seize the American Dream” by Benjamin Raymond 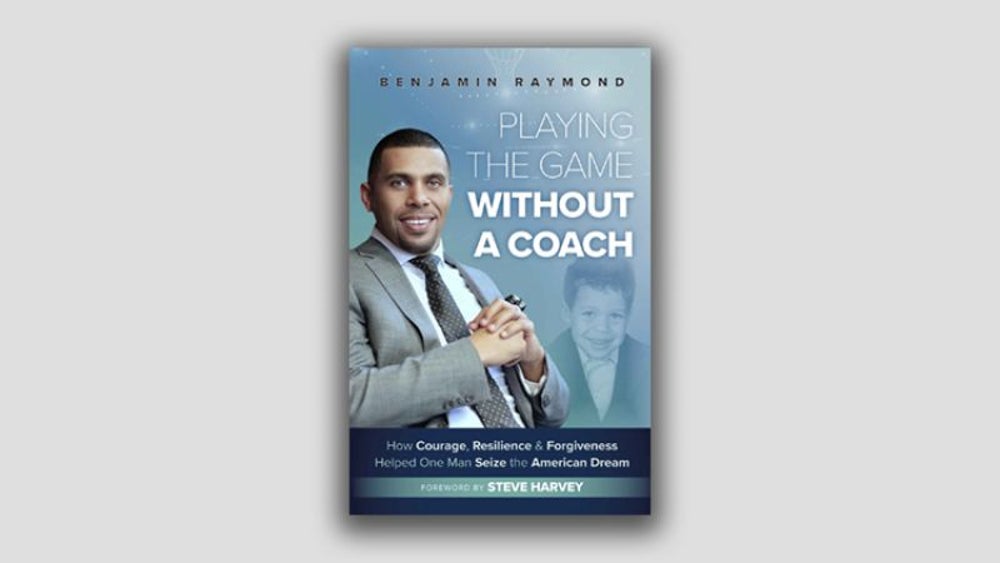 Image credit: Raymond Publishing
In Playing the Game Without a Coach, former-athlete-turned-entrepreneur Benjamin Raymond shares his story of how he went from foster care to millionaire. Raymond describes his home life, growing up with unstable parents, and how he eventually put himself into foster care. He lets himself become vulnerable as he shares his touching journey of forgiveness and resilience, learning to handle difficult issues with his family, putting himself through college playing basketball and working a day-time job as a salesman. Today, Raymond is a successful business owner and mentor to other young men and aspiring entrepreneurs. This book is an example of no matter where you come from, anything is possible if you’re motivated and passionate. 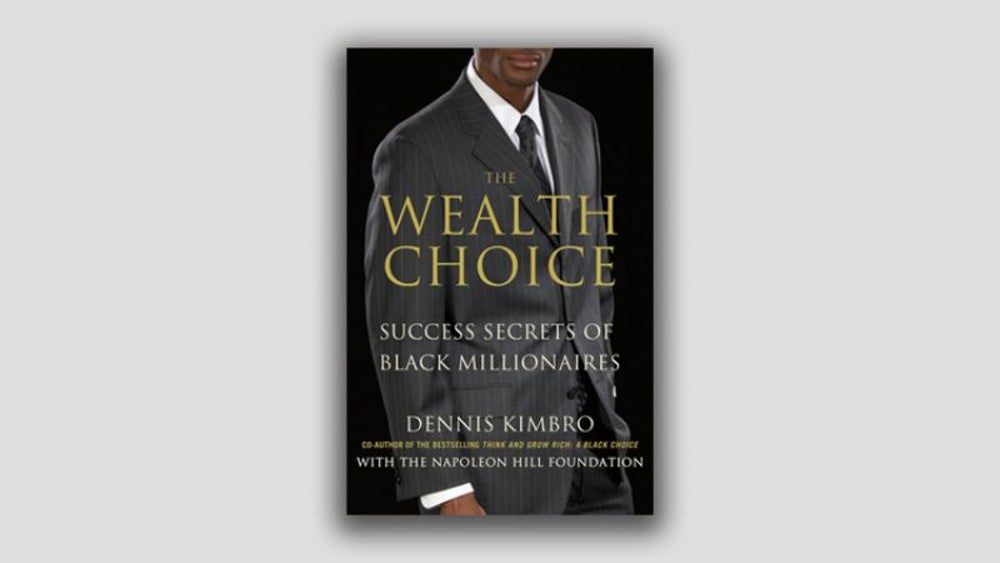 Image credit: St. Martin's Griffin
In his book, The Wealth Choice, author Dennis Kimbro examines the habits and actions of some of the wealthiest black millionaires who have made it big over the past 10 years, and describes how others can follow in their footsteps. Even when things don’t seem to be going your way, Kimbro’s book provides sound advice on how you can climb the economic ladder. The book is chalk full of helpful advice including money-driven habits you can cultivate, goal-setting techniques, how and when to take calculated risks and more. He brings in real-world examples and statistics to add substantial proof to his approaches and insights. 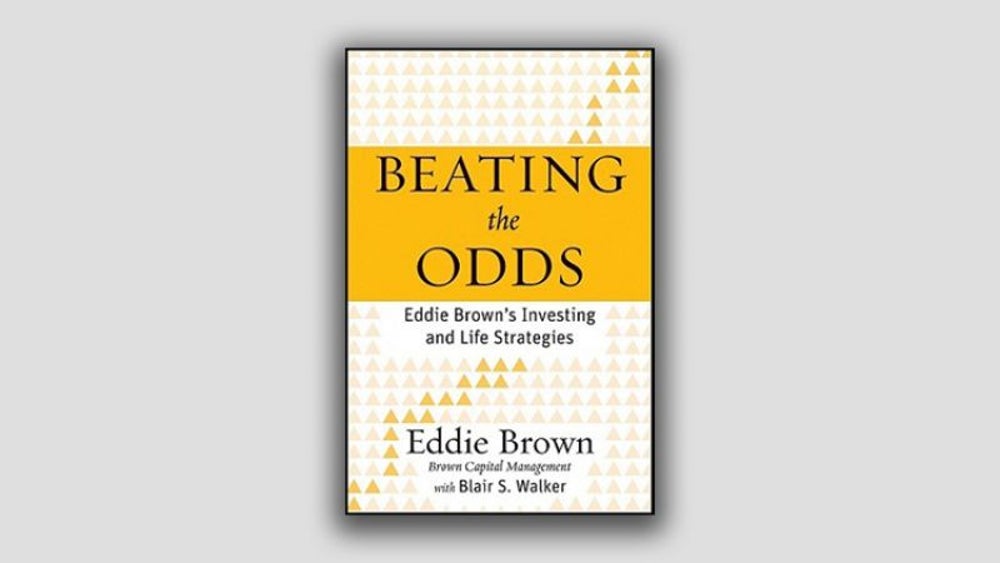 Eddie C. Brown is a philanthropist, business magnate and one of the country’s top financial experts. His autobiography, Beating the Odds, is a detailed firsthand report on how Brown built and maintained his successful Brown Capital Management even during hard times like 9/11, the 2008 recession and more. Brown shares his story of being born to his then-13-year-old mother in the rural South and raised by his uncle and grandmother, who died shortly after his birth. Through hardship and growth, Brown shares how he made his own way in life, graduating college, joining the army, becoming an engineer at IBM and ultimately, veering off on his own to build a billion-dollar financial company.

“Strategize to Win: the New Way to Start Out, Step Up or Start Over in Your Career” by Carla A. Harris 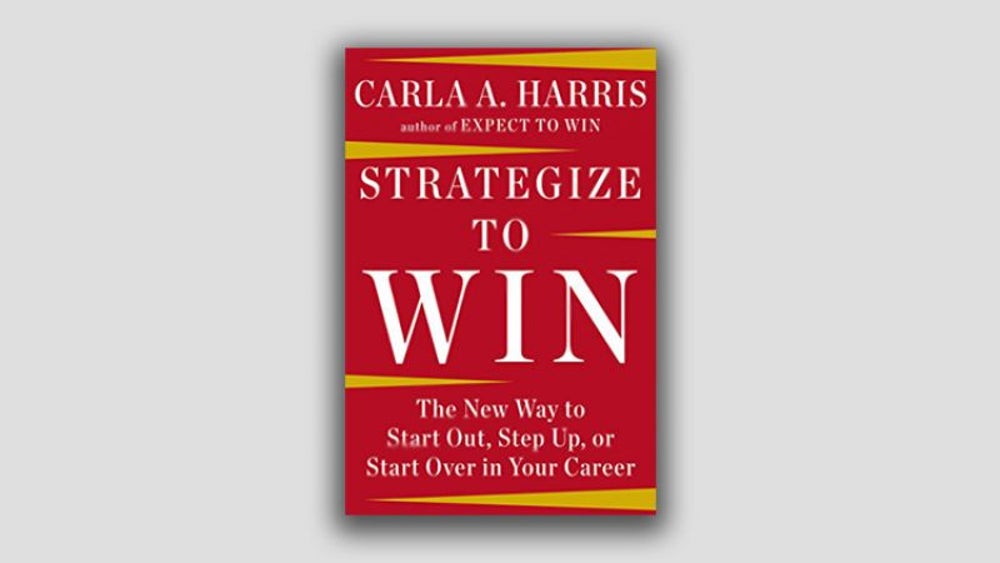 Image credit: Avery
Harvard University grad and vice chairman and managing director of Morgan Stanley Carla Harris gives her tricks of the trade in her book, Strategize to Win. Throughout the book, Harris offers her tips and strategies for people to pursue in their own professional lives, whether they are starting out, switching careers or looking to grow in their current situations. Harris’s words help to get people unstuck and back on track towards success, providing guidance on important leadership habits to cultivate, how to take social cues, how to make change seamless and effective and more. She provides a step-by-step guide to helping you get to where you want to be in life.

“Rise and Grind: Outperform, Outwork and Outhustle You Way to a More Successful and Rewarding Life” by Daymond John 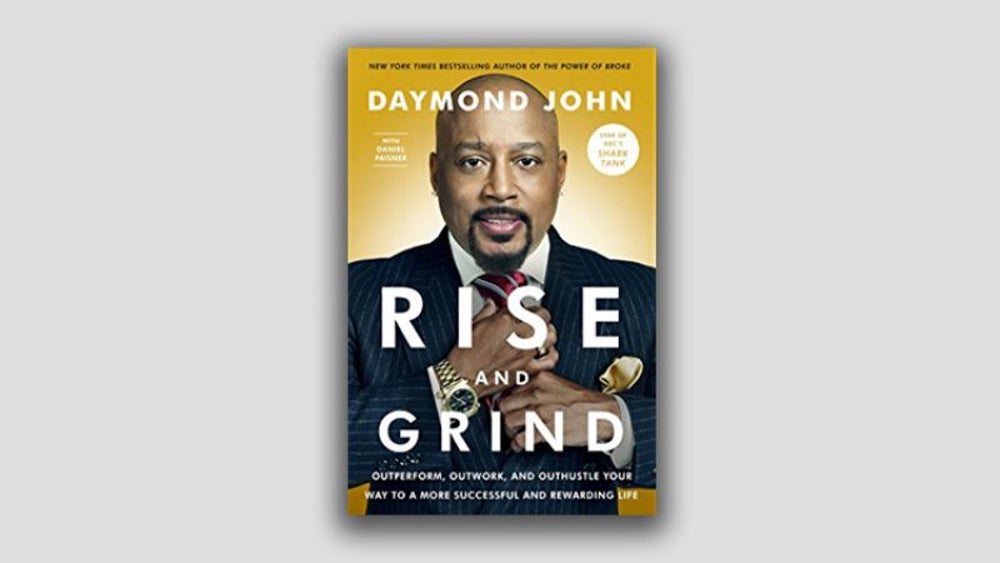 Image credit: Currency
Entrepreneur and Shark Tank investor Daymond John recently released his new book, Rise and Grind, and whether you’re an entrepreneur or not, it’s perfect for anyone looking for some motivation to help you get started on your path towards success. In the book, John touches upon his own story of launching fashionware line FUBU with a $40 budget and in between shifts working at Red Lobster. He shares the true meaning of hard work and how there’s no easy way around things. He also examines the routines and habits of other successful entrepreneurs and business people so others can begin to emulate them and set themselves up for success.

“What I Know For Sure” by Oprah Winfrey 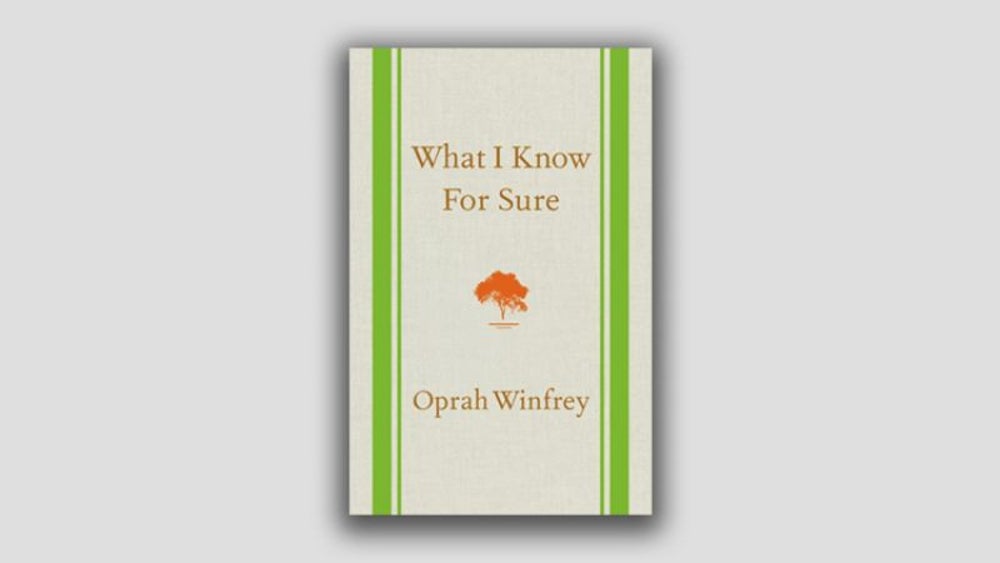 Image credit: Flatiron Books
If you’re seeking inspiration, look no further than billionaire media mogul Oprah Winfrey’s What I Know For Sure. Released in 2014, the book is a compilation of stories from Winfrey’s column “What I Know For Sure” published monthly for 14 years in her magazine, O. In the column, Winfrey shares the lessons she’s learned throughout her successful career and the book puts all of her experiences in one place. From courage to resilience to leadership, Winfrey touches on a variety of topics that are sure to inspire and help you become your best self.

“Life in Motion: An Unlikely Ballerina” by Misty Copeland 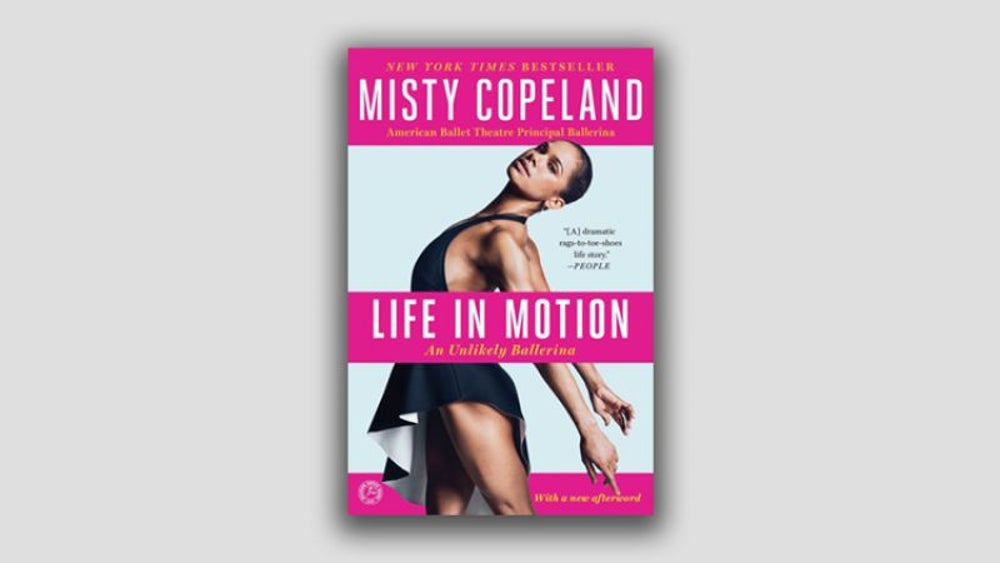 As the country’s first African-American woman to become a female principal dancer for one of the top commercial ballet companies, the American Ballet Theater, Misty Copeland’s accomplishments are nothing short of amazing. However, her ride to the top wasn’t always easy. In her memoir, Life in Motion, Copeland shares her story, which deals with her struggles with identity and how she’s eventually learned to embrace herself, her dreams and have the courage make it to the top despite her situation or what people said about her. Having grown up in an unstable home, Copeland dealt with adversity in her life, and even outside of her home and on the dance floor, her abilities as a dancer were often underestimated and throughout her career she faced situations that questioned her identity. Instead of turning away from her passions, Copeland learned to embrace her identity and her dreams to get her to where she is today.

“The Work: Searching for a Life That Matters” by Wes Moore 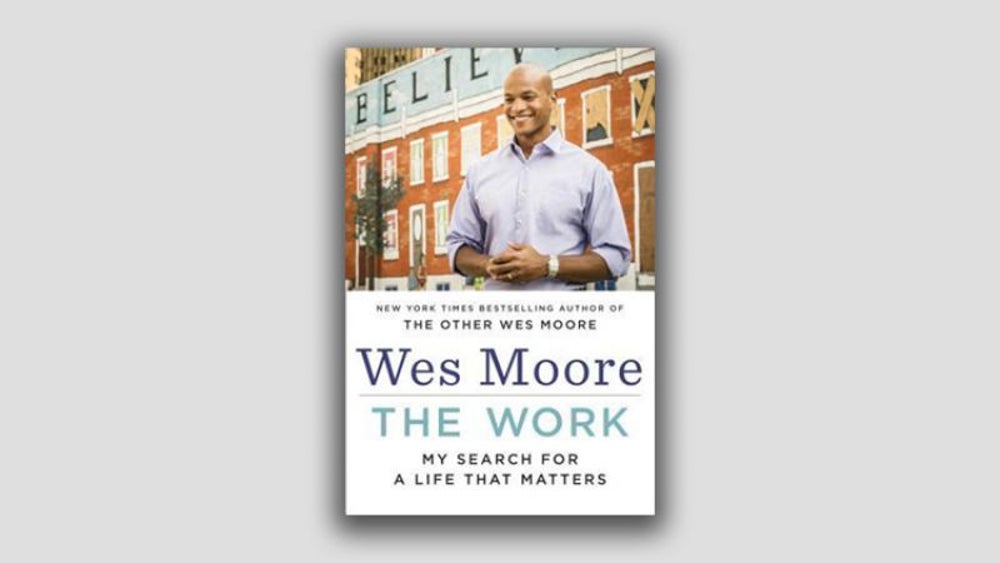 Image credit: Spiegel & Grau
Acclaimed author Wes Moore is on a lifelong journey of discovery and living a fulfilled and purposeful life. In his book, The Work, Moore writes about his personal battles with misfortune and the experiences he’s encountered as an army officer in Afghanistan, a White House fellow during times of war and a Wall Street banker during the 2008 recession. His story is one of resilience and lessons learned, and throughout the book he also talks about his mentors and the people who inspire him the most, including KIND founder Daniel Lubetzky and Peace Corps leader Esther Benjamin. His story will inspire you to go on your own search for discovering purpose and meaning in today’s chaotic world. 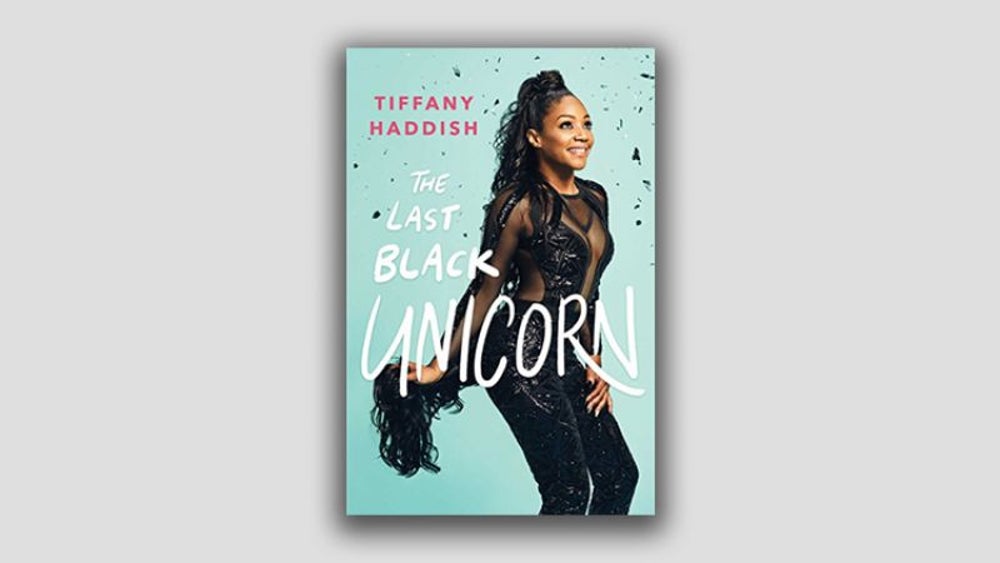 Image credit: Gallery Books
Actress and comedian Tiffany Haddish shares her rags-to-riches story through her New York Times best seller, The Last Black Unicorn, a compilation of personal, hilarious essays. In her work, Haddish takes a comedic approach as she describes her life and how she used comedy to make friends, not get beat up by the other foster kids she lived with and even get passing grades in school. She shares her story as a way to show people that you can come from nothing and make it to the top as long as you follow your dreams and stay true to who you are. If you’re in the mood for a good laugh and some inspiration, Haddish’s The Last Black Unicorn is your one-stop-shop to get you smiling and back on track to pursuing your dreams.
More from Entrepreneur