When employees at Bluebeam go on vacation, sometimes they return to a surprise DIY art installation courtesy of their colleagues.
Next Article

We all have that colleague who has a couple dozen tabs open in their web browser at any given time, letting them pile up and shrink smaller until it’s difficult to distinguish among them. One of the developers at collaboration software company Bluebeam is especially notorious for hoarding web pages, so one time while he was on vacation, his co-workers printed out hundreds of images of tabs and wallpapered his cubicle with them.

The fun didn’t stop there. Bluebeam’s creative director, Jon Setzen, is mildly creeped out by birds. He returned from a recent span of time off to a desk covered in handmade, 3-D birds hanging from the ceiling and perched next to his computer.

Related: For Better Teamwork, Let People Choose Whom They Work With

The team at Bluebeam doesn’t decorate every time a colleague is on vacation, but about once a month, someone comes back to a surprise.

“Part of it is the nature of working with creative people that are looking for an outlet to express it not just in their work, but as a way of showing affection for their co-workers and having fun,” explains Bluebeam’s Chief Human Capital Officer, Tracy Heverly, about the tradition. “You have to have had those shared experiences with your colleagues to know how best to work with them in the actual work setting when things get hard.”


Heverly says the company’s tradition of desk-decorating during employees’ vacations preceded her start at the company in 2009. Back then, there were only 23 people working out of Bluebeam’s Pasadena, Calif., headquarters -- now there are more than 200 in that office alone.

One of the first decorations Heverly recalls was during the swine flu epidemic, one employee took a trip to Mexico -- the country where the virus originated. She arrived back to work at Bluebeam to find her desk transformed into a quarantine zone, with PVC and plastic wrap set up to wall her in.

In her role, Heverly oversees aspects such as making sure lighting is optimized for productive work, adding plants to beautify the space and helping to adjust workstations to be ergonomic. But when it comes to the desk decorating tradition, she’s hands-off. There’s no formal sign-up sheet or brainstorming process. If someone has an idea of how to decorate another person’s desk, it’s up to them to figure out how to execute it.

“It's completely organic, which is probably part of its charm,” Heverly says. “In fact, I think it'd lose part of its appeal if it weren't.”

Employees can even use office resources, such as packing peanuts and tape, though people often spring for their own supplies.

“It's the connection our employees feel with one another that I think is our best retention tool,” Heverly says, explaining that this tradition makes Bluebeam a welcoming, home-like place for employees. “Part of that is things like decorating and celebrating that, instead of questioning whether or not it's a good use of office supplies or time.”

Ninety percent of the time, Heverly estimates, installations are themed based on where the person went on vacation. For example, engineer Julia Wagner returned from Boston to find her desk covered in a brick pattern and a stuffed lobster sitting on her monitor. (The lobster is one of many artifacts of the desk decorating that remains visible today.) The other 10 percent of installation themes are based on personality characteristics co-workers want to tease one another about, such as the excessive browser tab habit.


One major benefit, Heverly says of the tradition, is that it promotes creativity. Employees, many of whom spend their days writing lines of code, have the experience of building something with their hands -- even if it is out of construction paper and popsicle sticks. Working on a desk decoration together also enables team bonding and low-stakes problem-solving.

It also bridges the gap between work and personal life, making employees feel more connected. Some employees say that coming back to a decorated desk positively contributes to their memories of a trip they took.

“It changed not only how I view Bluebeam and this company but even my vacation,” says Mark Williams, Bluebeam’s PR manager. He was out hiking the John Muir Trail and returned to a desk covered in handmade forest animals and even a campfire. “It became part of something. It pulled it all together -- my regular life, my work life and my friends life.”

The desk installations are not the only way in which Bluebeam employees collaborate creatively on projects that aren’t work related. The company also has a Halloween costume contest every year in which employees form their own teams and dress up in a themed manner. For example, in the past one group dressed as various Southern California freeways. The product management team all dressed as cats, and the department head dressed as a cat herder.

Heverly shares three best practices for companies that want to enable traditions like these:

One, again, is to let things happen organically. No one oversees these traditions or creates rules around them, and they happen naturally. That way, no one feels like it’s a chore, or obligated to participate because it’s their turn.

The second is to highlight traditions like these. Showcase it as a company. One way Bluebeam does this is by pointing out decorated desks to prospective hires during tours.

“It becomes something that is celebrated,” Heverly says, “rather than being something that employees feel like they have to do on the side in secret and hope not to get caught.”

Finally, Heverly suggests encouraging participation across offices, if you work with remote teams. For example, other Bluebeam offices do desk decorating and join in the Halloween costume competition, and it’s proof to Heverly that the company’s culture has taken hold. However, expect and even embrace some variation in how traditions are executed in different locations.

“Sort of as in a family,” Heverly says. “You have kids, and they all kind of have their own personality. And yet, they’re all from the same family. You can see that in the way that they have their traditions and norms, yet they’re each allowed to be their own individual.”

Click through the slides for more examples of decorated desks at Bluebeam.

Related video: The Leadership Style You Need to Drive Your Company Culture 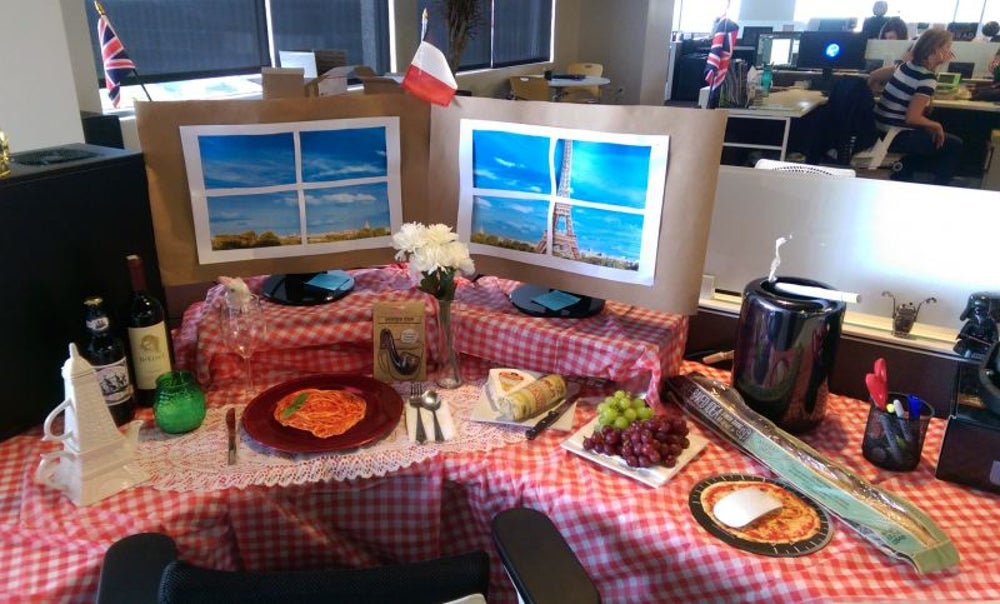 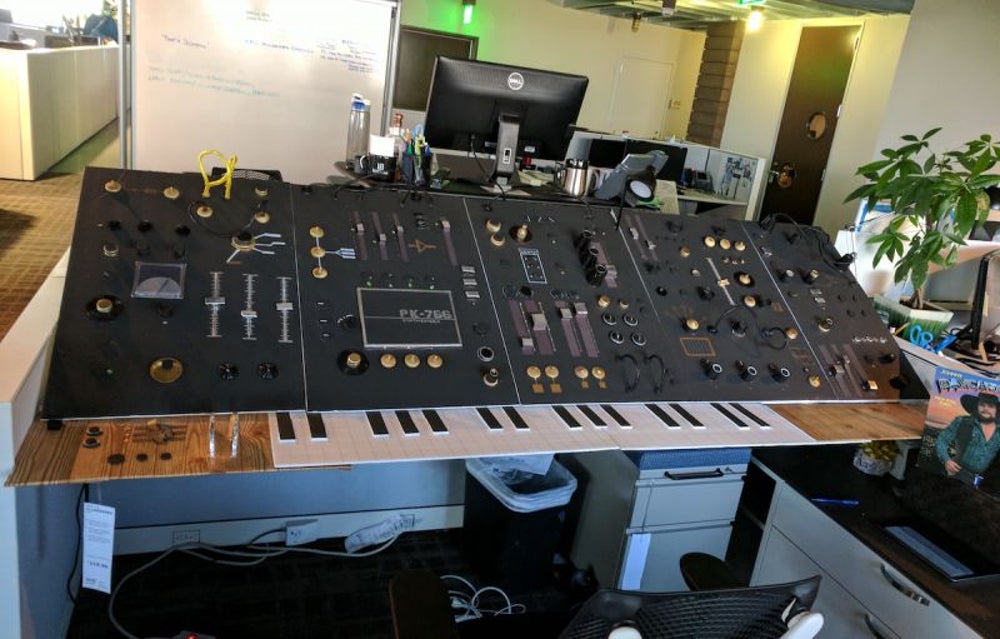 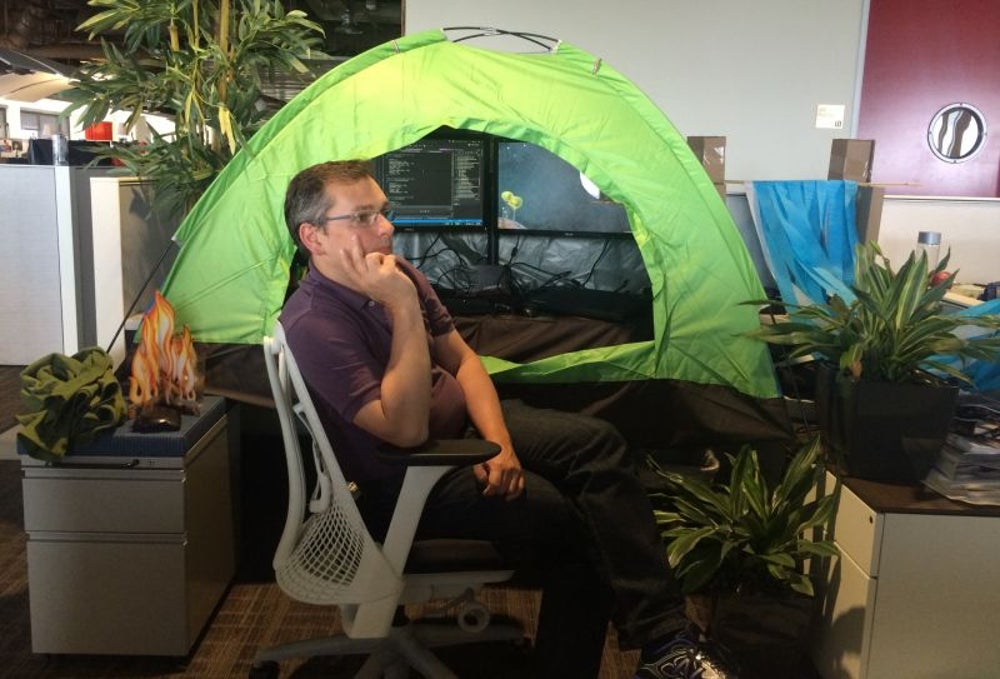 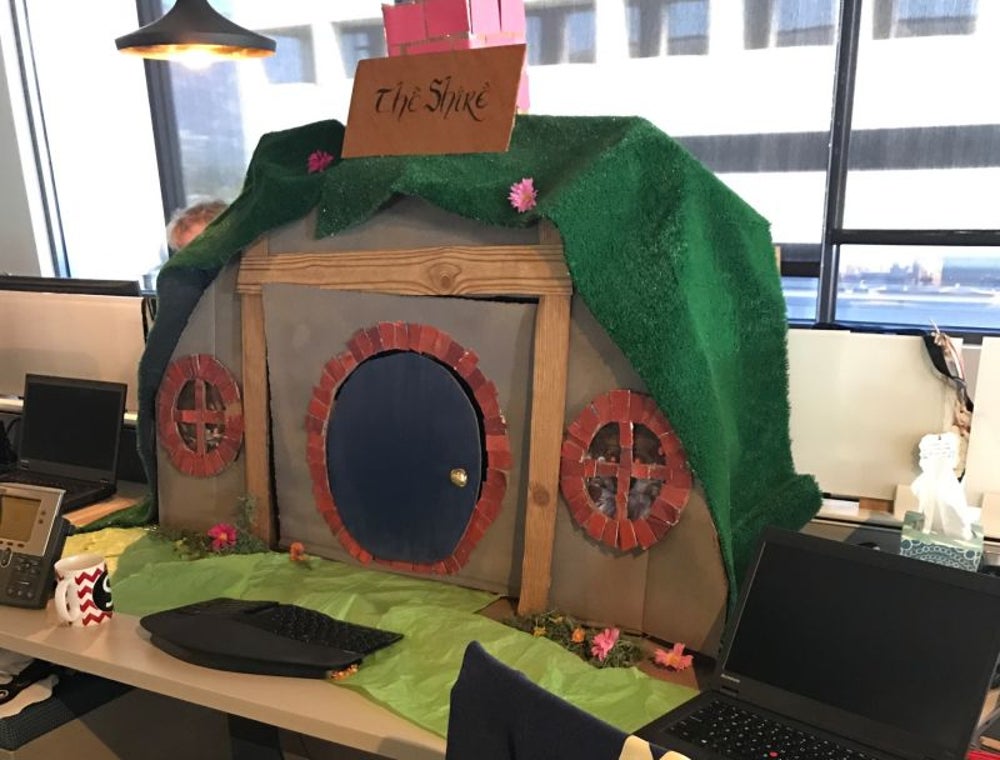 A trip to Utah 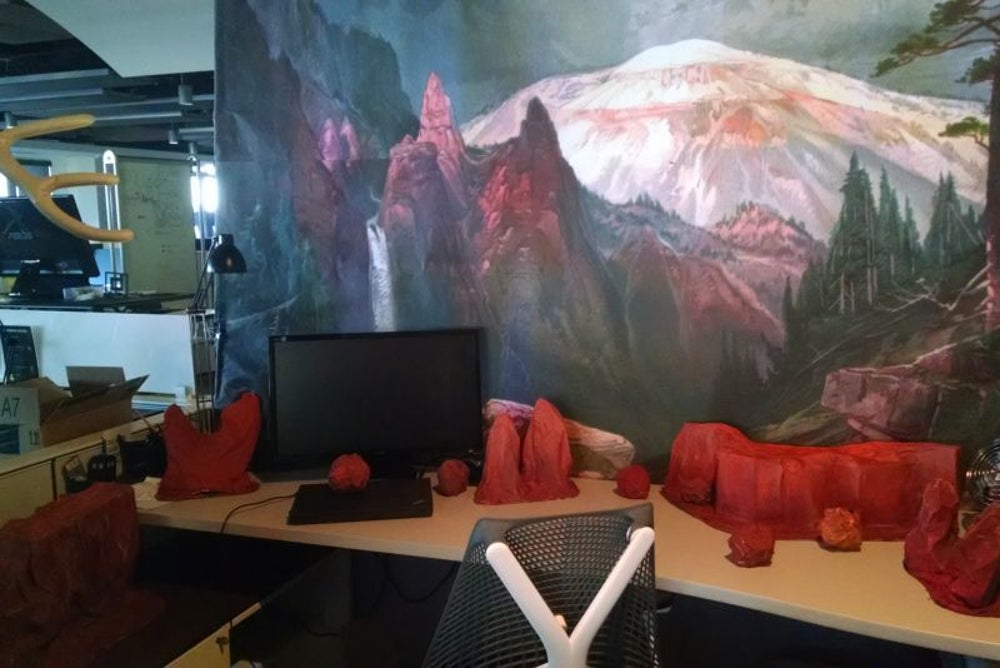 A trip to Vegas 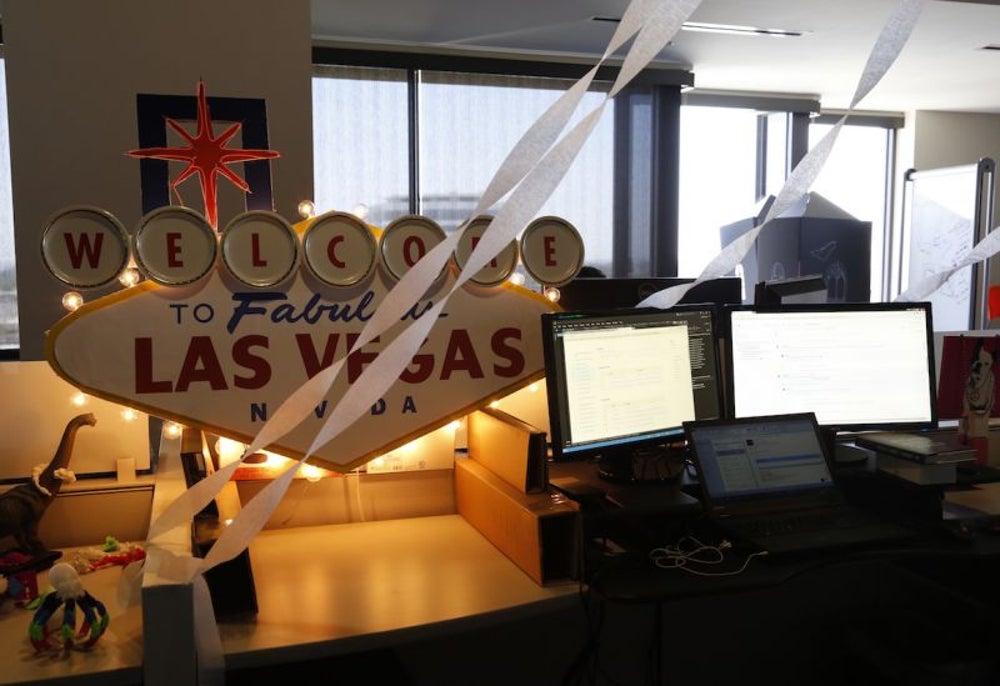