Here's everything you need to know about the top franchises to open from the 'Entrepreneur' Franchise 500.
Next Article

Back in 1980, Entrepreneur published its first annual edition of the Franchise 500, the world's first, best and most comprehensive ranking of franchised companies. And while franchising’s business model has changed little in 40 years, franchises themselves have changed a lot.

Most of us associate franchising with America’s biggest brands, but in truth, the franchising industry is constantly refreshing itself with new players. The top 10 companies on our list are evenly split by longevity: Half began franchising before 1980, the other half after.

Related: 3 Reasons Buying a Franchise Might Be Better Than Starting Your Own Business

How do we determine which companies come out on top? Using our proprietary ranking formula, which is always evolving to keep up with the ever-changing franchise world. Here's an overview of what we consider:

The five pillars of the top franchises to open:

You can use this franchisees list to search for the top franchises in the industry. While its important to keep in mind that starting any business comes with its own inherent risks, each top franchise opportunity can help you with training, marketing and more to give you the best shot at making your investment a successful one.

Related: 6 Reasons Why Startups Are Riskier Than Franchise Businesses 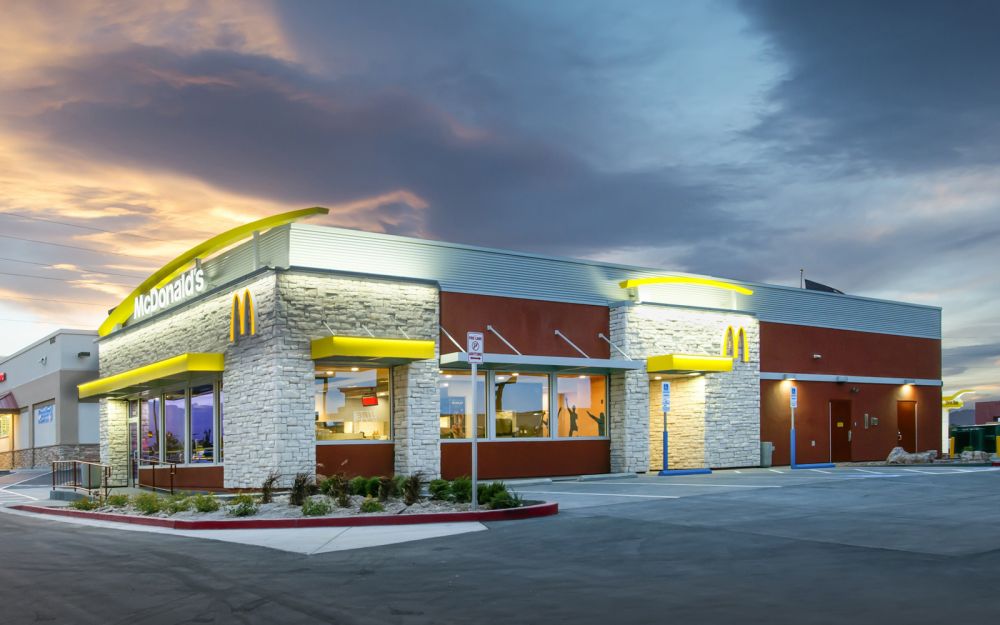 For the second year in a row, McDonald's takes the top spot in our list of top franchises. The 64-year-old company has landed atop our list more than any other franchise except Subway -- but today, that sandwich rival has slipped to #125. So what keeps McDonald’s ahead? The answer is clear: constant reinvention, from the digital menu boards to the mobile app to the now never-frozen Quarter Pounder.

You can request more information on the McDonald's franchising website. 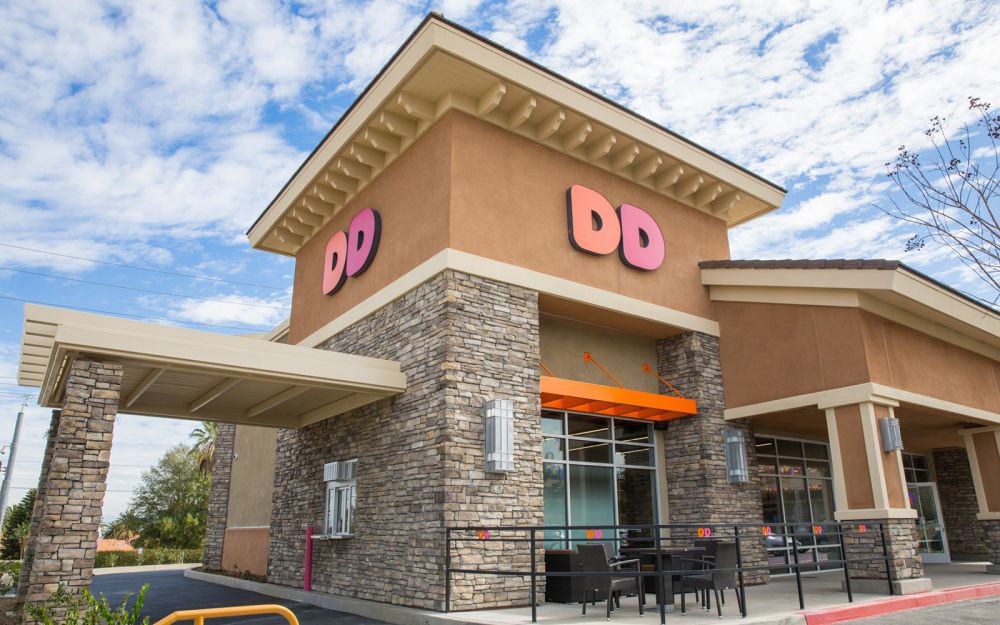 The restaurant formerly known as Dunkin’ Donuts has a new name, a new store design and a new focus for 2019. Dunkin’ -- no "Donuts" as of September 2018 -- is all about the beverage business now. Last year, it introduced a new espresso option, a new Styrofoam-free cup and a new tap system for serving cold beverages. Still, not everything will change. Dunkin’ has been selling doughnuts -- or “donuts” -- since 1948, when William Rosenberg opened the first location in Quincy, Mass. It won’t stop selling the treats now, and its orange-and-pink DD logo won’t be changing either.

You can find available franchise markets or request information on the Dunkin' franchising website. 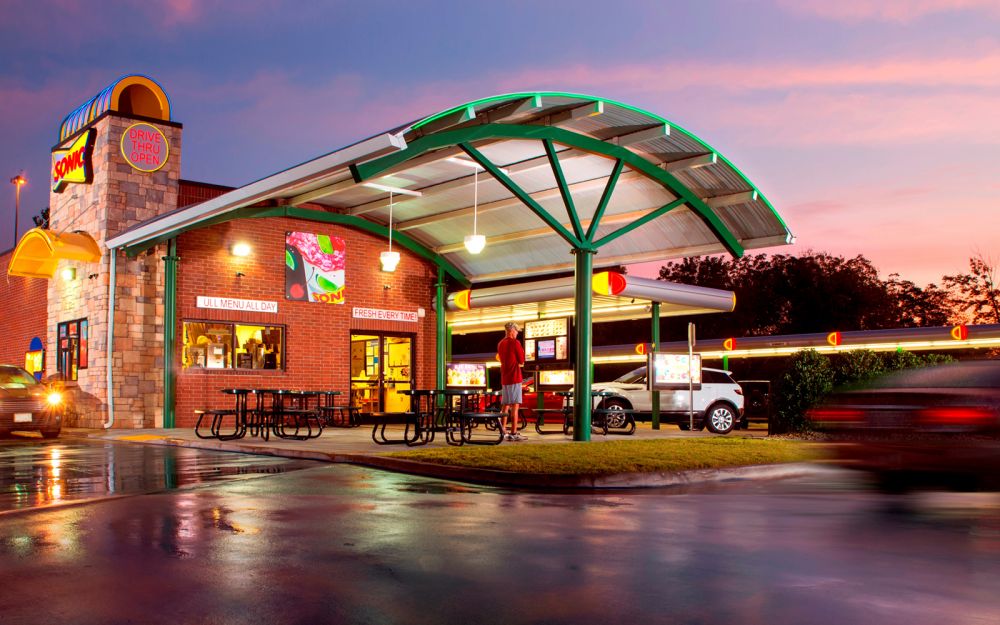 When people talk about “companies of the future,” they typically mean Silicon Valley flash -- not a drive-in burger-and-shake restaurant developed in 1953. But Sonic Drive-In believes its recipe of old-timey service marries well with modern tech, and the numbers back it up. There are now more than 3,600 Sonics in the U.S. That focus on tech and service helped propel Sonic to the #3 spot in the Franchise 500, up from #6 in 2018.

You can find the list of available franchise markets and request information for next steps on the Sonic franchising page. 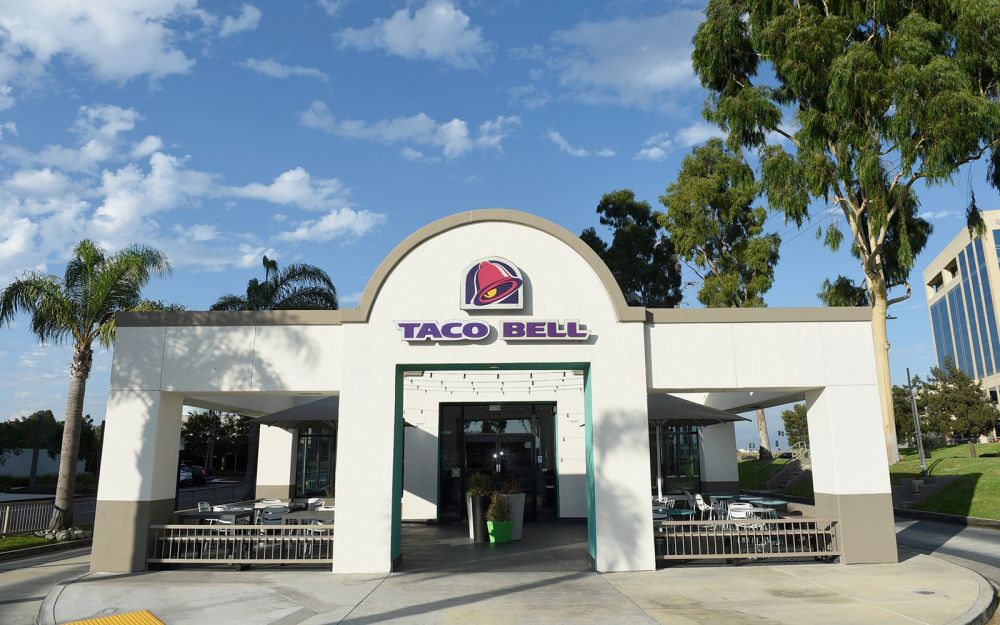 There's plenty of reason to toast Taco Bell -- and not just because the company’s Cantina locations now serve boozy beverages. Taco Bell, which has moved up from #8 on our list last year, is freshly focused on better serving urban markets, planning to open 1,000 new franchise locations across the U.S. by 2022. The focus on urban markets has hardly distracted from growth elsewhere: Taco Bell added more than 130 U.S. restaurants in 2018, and in November it opened its first London location. International exploration will continue this year with new outposts in Thailand, New Zealand and Australia.

The company has limited opportunities, but you can find out where Taco Bell is growing and request information here. 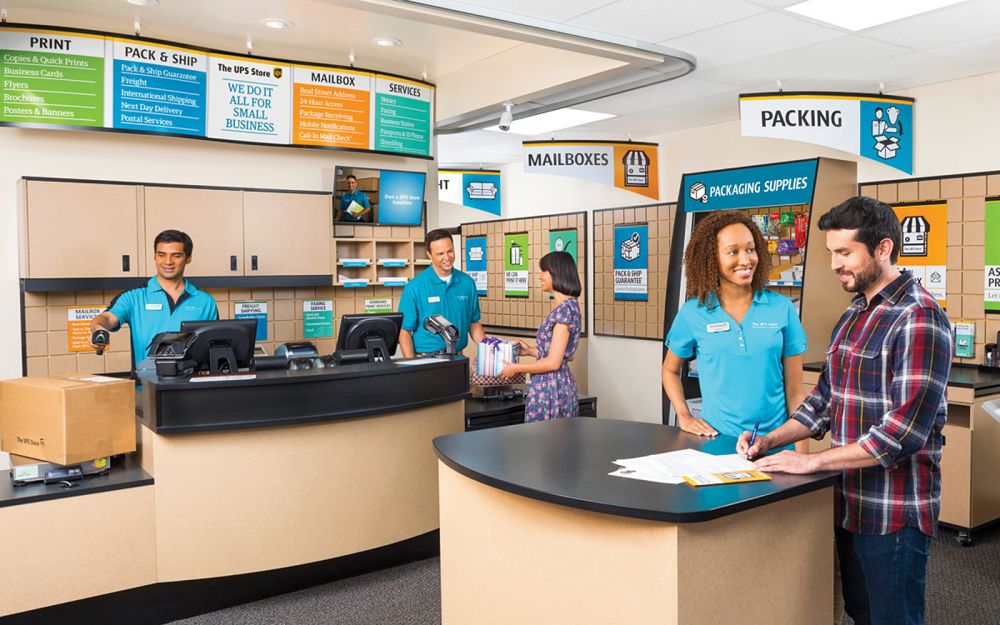 The UPS Store has more than 5,000 units, but an intriguing thing has been happening at five of them -- they’ve been remade with an open floor plan, so customers can see every aspect of the packing and printing process. This kind of constant evolution has helped The UPS Store thrive in a digital age, and, as a result, has kept it in the top 10 of our Franchise 500 for three years running.

You can find available franchise markets on the UPS franchising website or request information here. 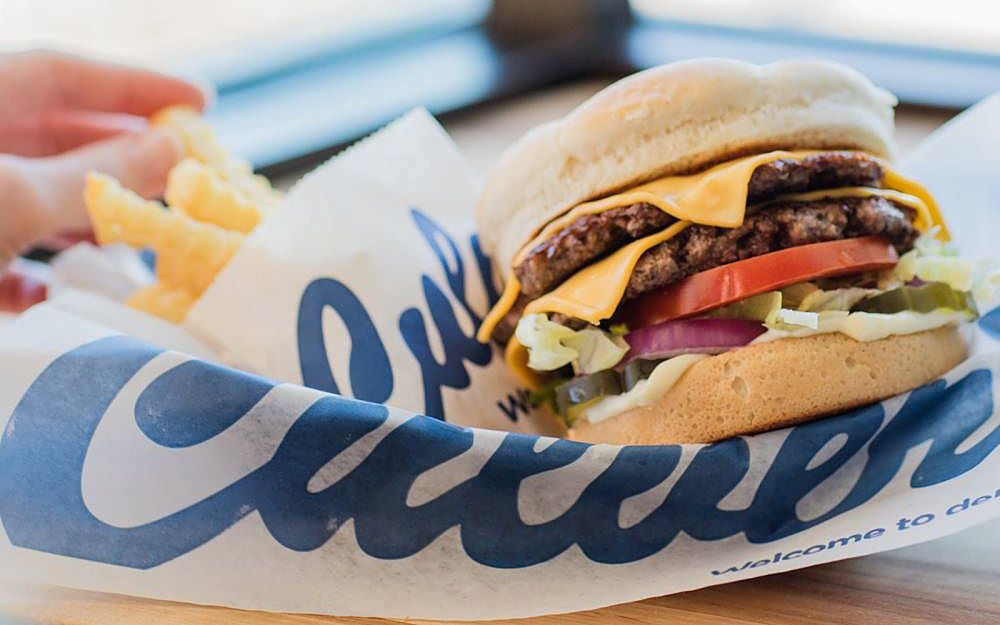 The menu at Culver’s hasn’t changed much since the fast-food company’s inception in 1984. It still offers frozen custard, a childhood favorite of co-founder Craig Culver, as well as ButterBurgers, which are made using his mother’s original recipe. But something is new at Culver’s -- because it’s here, ranked in the top 10 of the Franchise 500 for the first time, after bringing in $1.43 billion in revenue in 2017.

You can request more information on the Culver's franchising website. 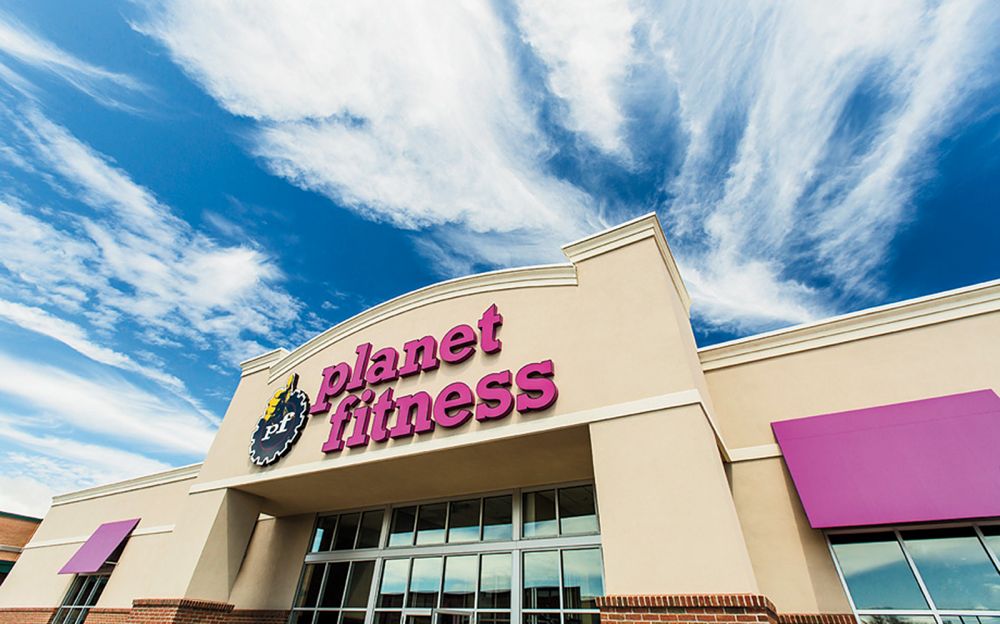 As the low-cost-gym market thrives, Planet Fitness is leaping ahead. Its third quarter 2018 revenue surpassed $136 million, a year-over-year increase of 40 percent, which helped boost its Franchise 500 ranking to #7 this year -- up from #21 last year. Size and scale were also instrumental in its climb. Membership swelled to 12.2 million as of September 2018, a 65 percent jump from December 2015, and it has 1,000 new franchises in the pipeline.

You can request more information on the Planet Fitness franchising website. 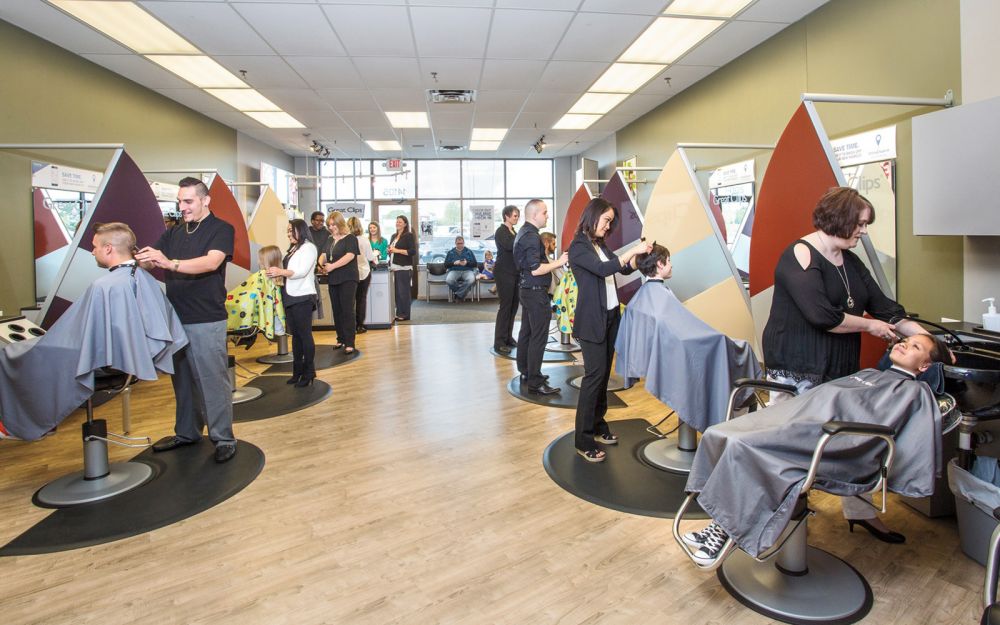 Haircuts are nothing new, but just about every other aspect of the Great Clips experience is. “Our core business is haircuts,” said Steve Hockett, CEO of the top hair-care company on this year’s Franchise 500, “yet a key driver is our ability to innovate.” This year, for example, Great Clips debuted its first Snapchat lens, which adds exaggerated, cartoonish hairstyles -- the Bunshine, the Ultimullet -- to selfies, and racked up hundreds of thousands of users. The company saw a direct connection between Snapchat ads and salon sales.

You can request more information here and find available territories in the U.S. and Canada on the company's franchise website. 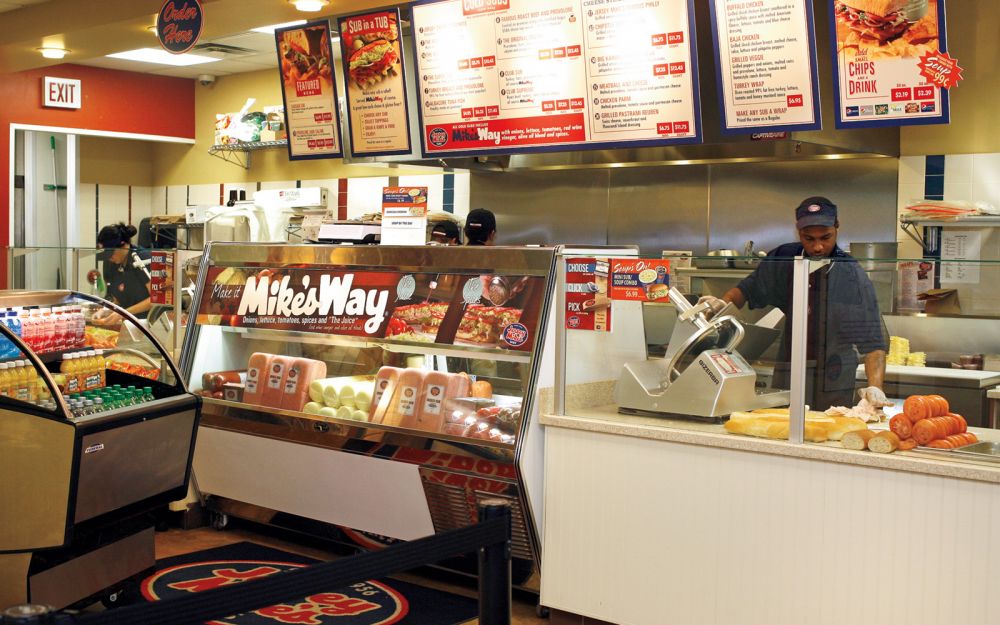 In 1975, a high school senior named Peter Cancro knocked on his football coach’s door and asked for a loan to buy Mike’s Subs, the sandwich shop on the Jersey shore where he’d been working for four years. Coach Rod Smith, who was also a banker, saw something in the budding entrepreneur; he loaned Cancro $125,000, and Mike’s Subs had a new owner. Now, Jersey Mike’s is the fastest-growing sandwich chain in the U.S., pulling in north of $1 billion coast to coast and on track to have 2,000 locations open by 2020. That has earned it a new distinction: This year marks Jersey Mike’s debut on our Franchise 500 top 10 list.

You can request more information on the Jersey Mike's franchising website. 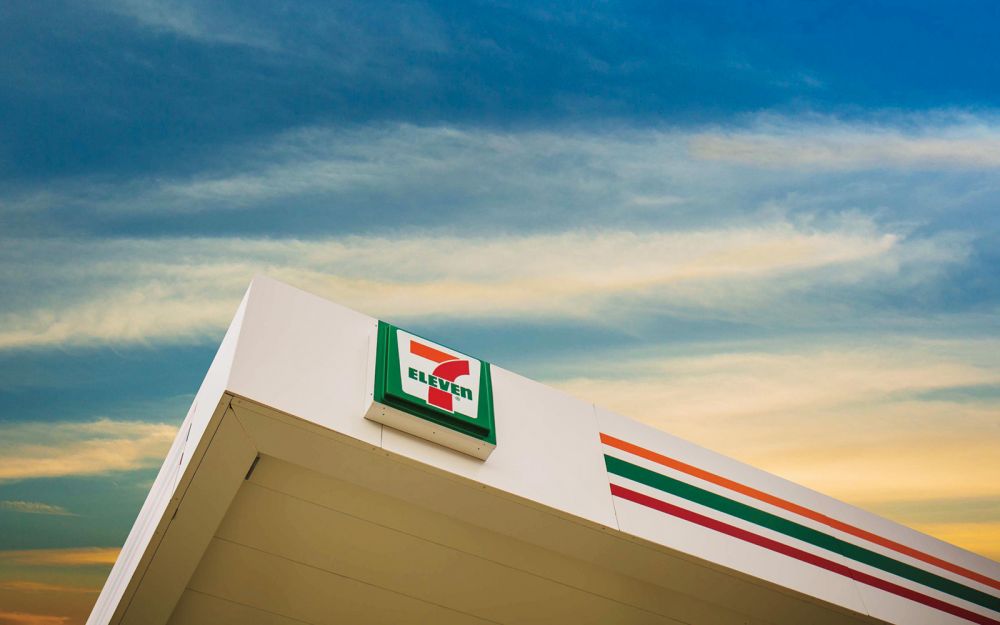 By almost any measure, 7-Eleven is a giant success. The brand, which has been franchising almost 55 years, now has 67,000 locations worldwide -- with nine times as many U.S. locations as its nearest U.S. competitor, AmPm, and eight times as many worldwide units as another competitor, Circle K. But it appears that to keep growing, 7-Eleven will also need to resolve a long-standing and increasingly noisy confrontation with many of its franchisees. The news coming out of the brand in 2018 has been largely unflattering, but its growth and revenues were strong enough to keep it in the top 10.

You can request more information on the 7-Eleven franchising website.