Six companies have been on our Franchise 500 list for at least 38 of the 40 years we've produced the ranking. Here are their secrets.
Next Article Add to Queue

Since the Franchise 500 was created in 1980 -- yes, that cover you see above was our very first list -- entire industries have bloomed and then busted (like video stores, which we touted back then as having “incredible potential”), and new ones have emerged that no one saw coming (poke bowls!). But while you can learn a lot by watching what fails, you can learn even more by looking at the brands that have thrived for the past four decades.

So we looked, and only five brands have been on our list all 40 years -- and two of them, McDonald’s and Dunkin’, are in our top 10 this year, too. (The others are Subway, Lawn Doctor, and Martinizing.) Meanwhile, 12 brands made it very close to a 40-year streak, missing by only a year or two: Baskin-Robbins, Chem-Dry, Dairy Queen, Fantastic Sams, Jiffy Lube, Maaco, Meineke, Minuteman Press, 7-Eleven, Servpro, Super 8, and Ziebart.

Related: 3 Reasons Buying a Franchise Might Be Better Than Starting Your Own Business

What are these brands doing right? What are their secrets to a long and healthy life? On the following pages, we ask those questions to six of our long-lasting brands. Here’s what they have to say. 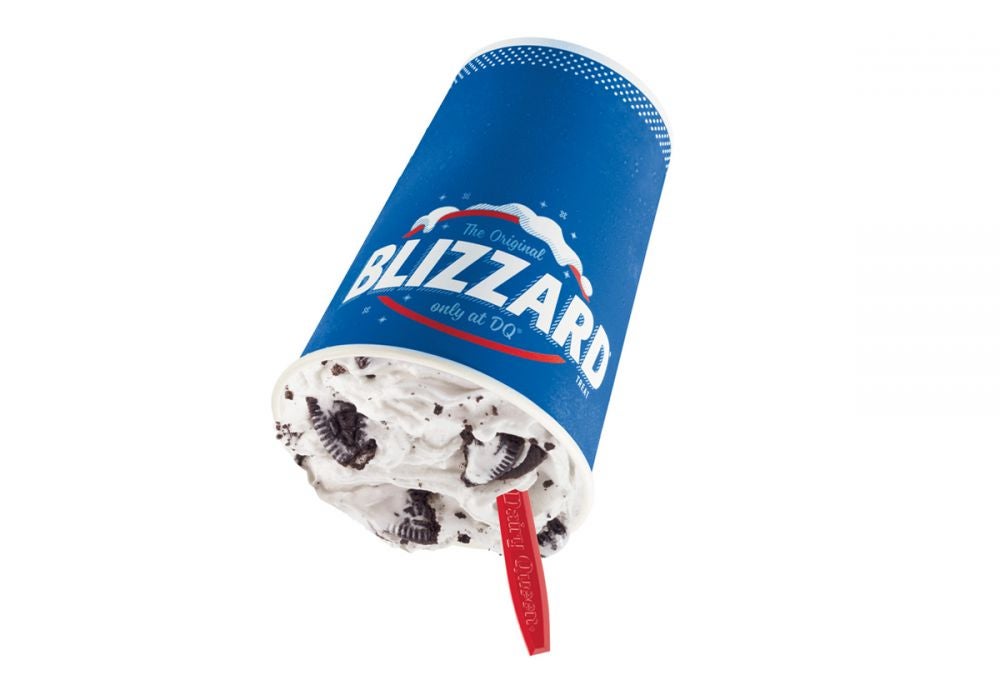 Dairy Queen is known for its Blizzards -- but when they were introduced in 1985, many franchisees pooh-poohed them. “It’s almost funny,” says Dairy Queen CEO Troy Bader, “but the Blizzard created a lot of concern with our territory operators. It was dramatically different. It was new; it added complexity to the operation.” Dairy Queen proceeded anyway, placing the Blizzard in some stores to watch how consumers reacted. The result? They loved it. Flash-forward, and the Blizzard totaled more than a billion dollars in worldwide sales in 2018.

This is the secret to DQ’s history: It doesn’t make many radical changes -- but when it does, those changes are calculated and come with a big payoff. It’s what ultimately made DQ attractive to Berkshire Hathaway, which purchased the burger-and-milkshake place in 1998 and gave a directive: Protect the brand for today, but grow it for tomorrow. Dairy Queen took this edict seriously, looked at its weaknesses, and realized that, ironically, it needed to counter the perception that it sold
only Blizzards.

That led to it creating a spin-off concept in 2001 called DQ Grill & Chill, which features hot food and table service. This wouldn’t come cheap. Dairy Queen had to reposition and rework its kitchens, and separate each location’s food production from frozen-treat production. Then it needed to rethink its design and marketing. “You have to send the signals from the outside,” says Bader. “How do we continue to create greater roadside clarity?” The answer was a new logo and a new restaurant design. Now if you see a Dairy Queen with the dark blue-and-gold Grill & Chill logo on the sign, you know that location carries the company’s full menu, not just ice cream.

Rather than force franchisees into expensive remodels, Dairy Queen and Berkshire Hathaway created lucrative incentives for new developments, helping franchisees make the transition at record rates. Without that pivot, Bader says it’s hard to know what Dairy Queen would be today. “I think the brand would still exist, but it would be significantly different,” he says, “and I firmly believe we would be far less successful and far less profitable for our franchisees.” 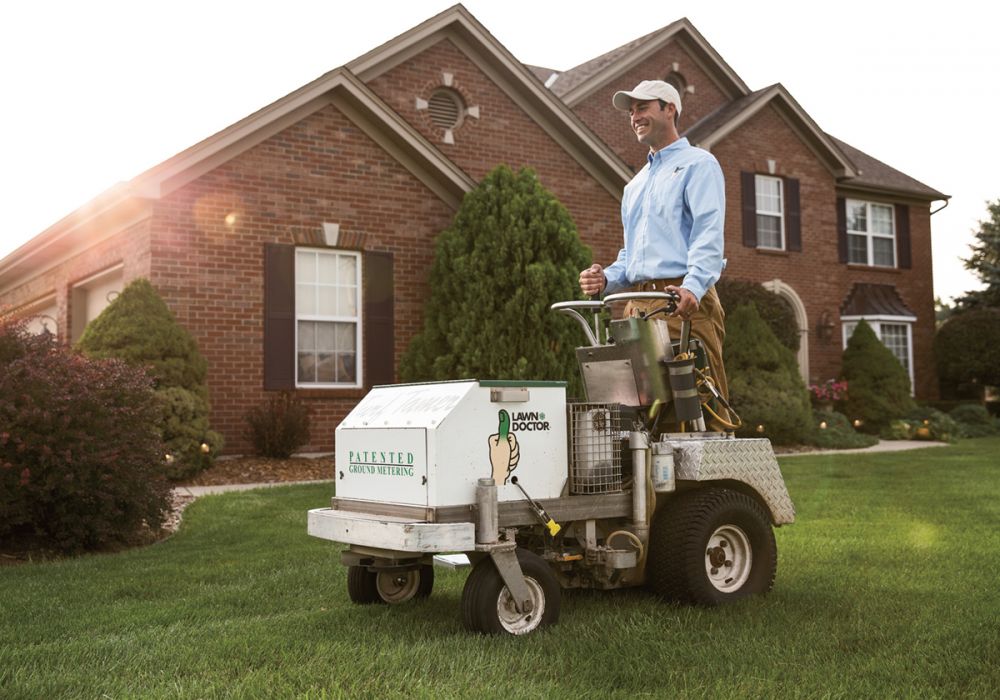 Here’s one way to build a franchise for the long term: Identify a consumer problem that never goes away. That’s what hardware store owner Tony Giordano did in the 1960s, in Matawan, N.J., where many Manhattanites had moved—and lawns were brand-new to these folks. They sought his advice on how to maintain the lawns, and, in turn, Giordano started a weekend workshop. A local reporter nicknamed him the “lawn doctor,” and, in 1967, he cofounded a lawn-care company called Lawn Doctor.

Of course, many lawn-care companies have come and gone over the decades. It isn’t enough to just address an enduring problem. Instead, a franchise needs to offer a solution that others don’t—and then continually innovate. For Lawn Doctor, that came in the form of a machine that treats lawns. “Our first piece of equipment was a big tractor combine, literally an old farm tractor with a large combine behind it,” says Scott Frith, CEO of Lawn Doctor. That meant lawns were treated the same way regardless of who operated the machine, and a system was born, one that could be taught to anybody.

Since that 1967 tractor, Lawn Doctor has regularly upgraded its machines and made them available only to franchisees—meaning that if a homeowner with a lawn wants Lawn Doctor–quality care, they need to hire their local Lawn Doctor. “Our intellectual property is part of our value proposition—it’s just very different from anyone else in our category,” says Frith. This makes Lawn Doctor treatments ever-more efficient; the company says it can treat roughly twice as many square feet of lawn per day compared with alternative methods.
And the innovation continues. “Our manufacturing plant is just down the road,” Frith says from his headquarters in Holmdel, N.J. “If we took a ride there, we have a design engineer working in CAD, and you could see innovation happening right now.” 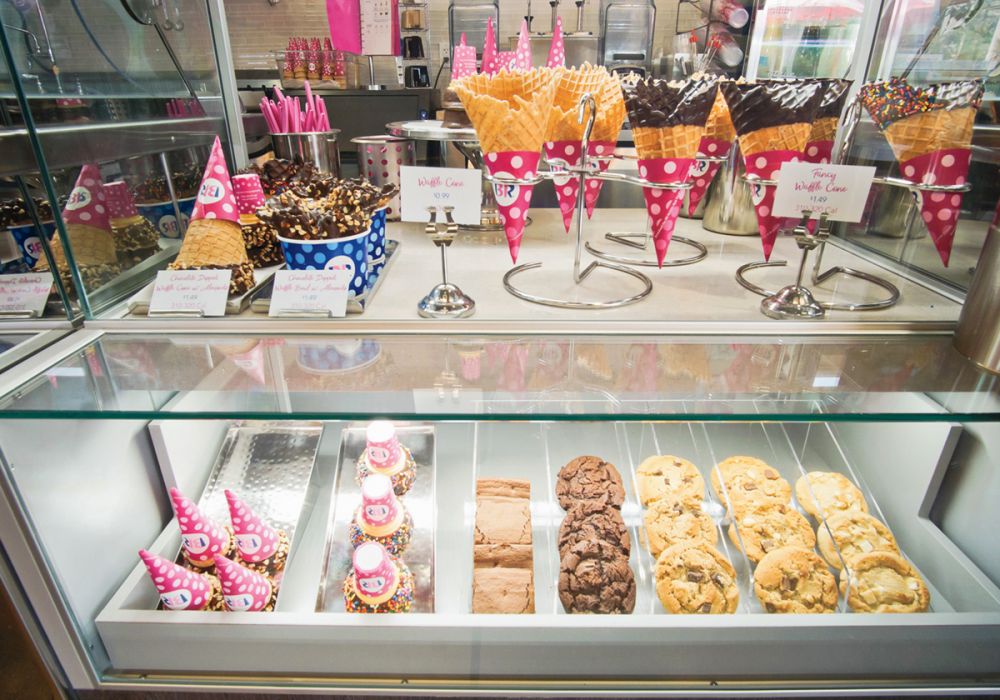 Quick and without googling: Why did Burt Baskin and Irv Robbins decide to offer 31 different ice cream flavors—no more, no less?

If you guessed, “So there’s one for every day of the month,” go treat yourself to a sundae.

But despite the famous offering, which it still uses in its marketing, Baskin-Robbins didn’t actually stop with 31 flavors. Instead it has created, on average, one new flavor every month since 1945. (Back-of-the-envelope math: That’s more than 800 flavors.) Constantly updating the menu has allowed the company’s classic ice cream to stay relevant throughout the years—creating Lunar Cheesecake to honor a NASA mission in the 1960s, Valley Forge Fudge to honor America’s 200th birthday, and more.

The regular flavor innovations created customer anticipation and turned its locations into a destination for the curious to see what the heck it’s going to do next. “We’ve had generations of customers walk into our shops and celebrate over a delicious ice cream,” says Baskin-Robbins senior VP Jason Maceda. “Those memories add to the brand equity.” 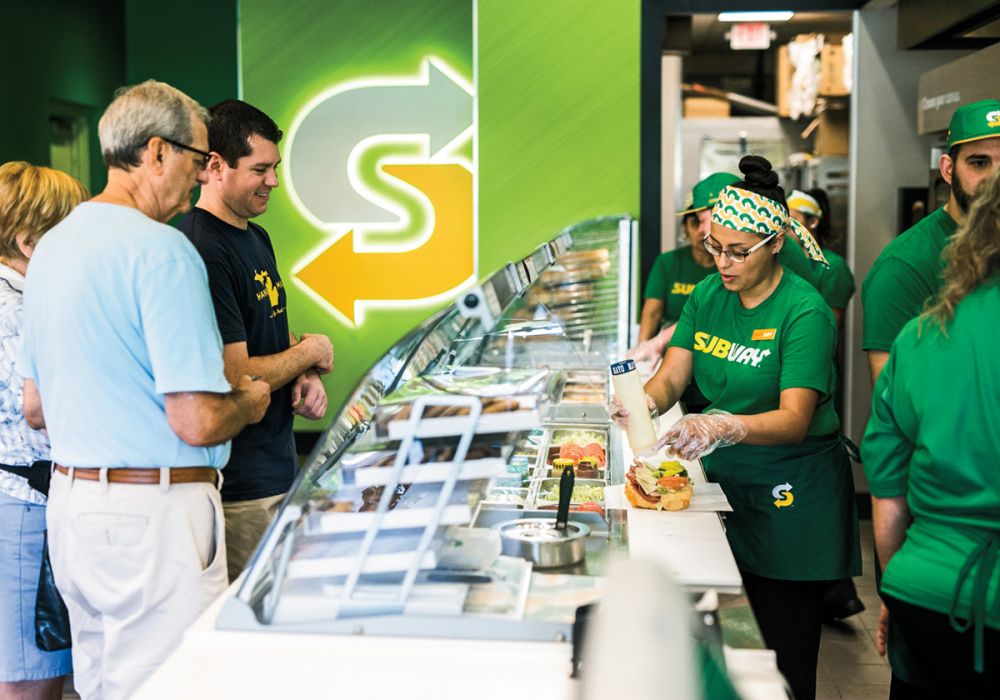 Subway traces its origins to founder Fred DeLuca’s first sandwich shop in Bridgeport, Conn., in 1965. Today it holds the title of world’s largest fast-food chain, with 40,000 franchises. Between then and now, a lot of food fads have fizzled out. But Subway has found success in simplicity, focusing on what it calls its “core carrier”: fresh bread and the oven it bakes in.

“That was always a guiding philosophy,” says Subway’s chief development officer, Don Fertman. “I worked with Fred DeLuca for 38 years, and he was the consummate entrepreneur. He understood the value of simplicity, and he taught us that very, very well.”

Related: 7 Fast-Food Franchises Had More Sales Than Chick-fil-A Last Year. Can You Name Them?

Does Subway evolve its menu? Sure. But it doesn’t detract from the bread—no French fries or burgers or burritos or whatever else may seem tempting as food trends shift. By doing that, Fertman says, the brand stays true to what customers expect, while franchisees save money on fryers, grills, and other pricey kitchen equipment. That contributes to a higher overall bottom line for everyone. 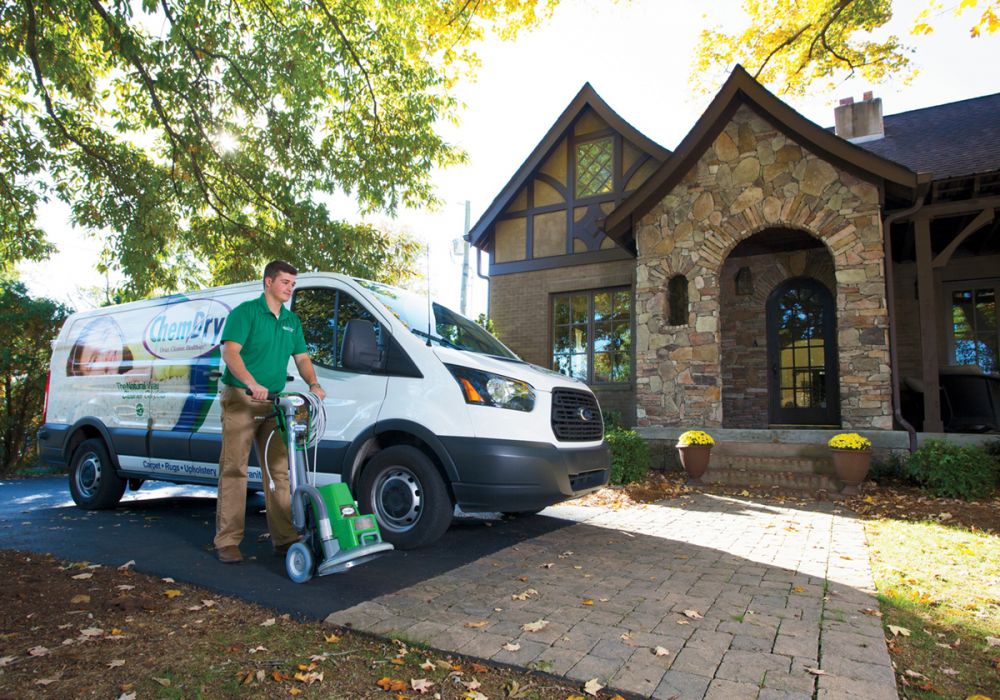 When Chem-Dry founder Robert Harris started his in-home carpet- and upholstery-­cleaning service, he tried to be everything to everyone. Harris had created a carbonated cleaning fluid and marketed it as the solution to every carpet problem—which worked well enough during the 1980s, when brands marketed themselves broadly. But it wouldn’t be enough to sustain a company for decades.

Around 1990, his franchisees proposed an idea that would revolutionize the business. They said customers called them frequently to clean up pesky pet odors and suggested that the company market its service specifically to that audience. “Who is the closest to your carpeting? It’s your children and your pets,” says Dan Tarantin, president and CEO of Chem-Dry’s parent company, Harris Research. The company spent about two years testing and developing formulas specifically for pet owners and launched them in 1992.

From there, the company just kept getting more specific. It formulated its products to be nontoxic and kept growing its product line. By 2014, Chem-Dry offered 12 green-certified products. Today there are 50, including products aimed at air ducts, tile, and grout, and Chem-Dry recently redesigned its vans to feature more families and pets.

“It’s hard to be everything to everybody,” Tarantin says. But a franchise can be many somethings for many somebodies. 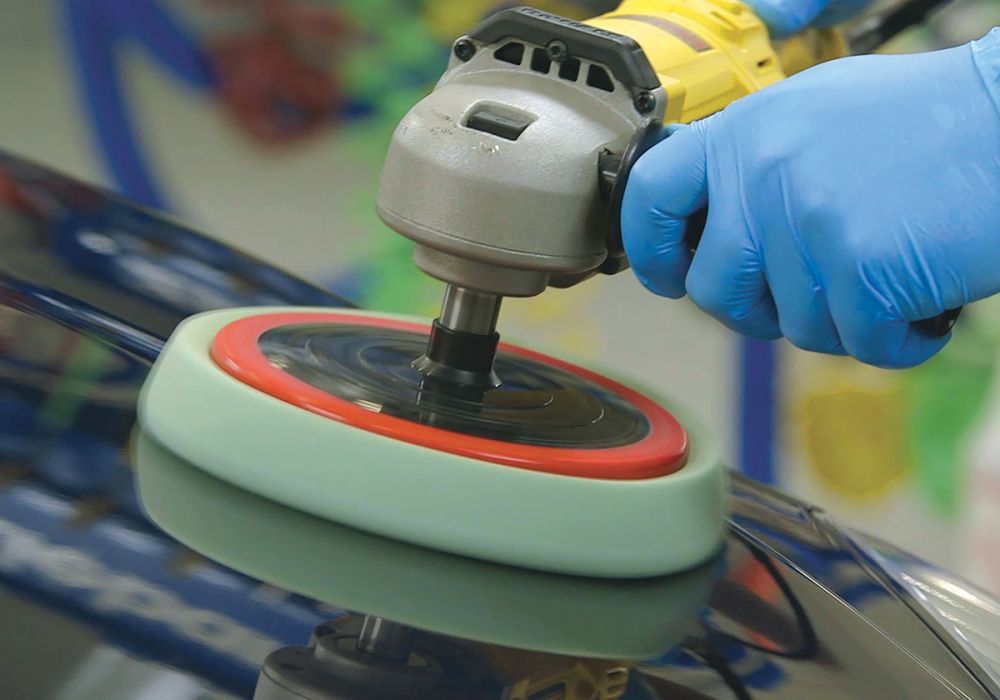 Ziebart’s services were once very focused. Then it expanded, stumbled, and refocused—a path many brands take as they become tempted by new opportunities and drift away from their core mission.

The company began in 1959 with a dedication to one task: rust protection. But in 1980, it transitioned into automobile accessories, which it saw as a bigger opportunity to become a one-stop shop for all things cars. It started selling running boards, sunroofs, keyless entries, and other hard goods, and even changed its name to Ziebart Tidy Car to reflect its new mission. But many of these products offered slim profit margins, which made them duds for franchisees.

When Thomas Wolfe rose to CEO in 1994, he took Ziebart back to basics. The company stopped trying to sell low-­margin accessories and shifted back to its protection services. It also changed its name back to Ziebart—just Ziebart.

Now, Wolfe says, it approaches its services straightforwardly. “Each year,” he says, “when the new vehicles come out, we take a look, and, based on those types of vehicles, we recommend to each customer what they need.” That typically means rust protection, high-end detailing to clean and protect the car’s interior, and film protection such as window tinting. It’s simple, clear, and, he says, a “philosophy that has worked very well for us.”

#2 on the Franchise 500: Dunkin' Serves the Home-Office Crowd - And Finds New Demos

#3 on the Franchise 500: The UPS Store Keeps Business Moving