For Social Entrepreneurs, What Comes First: Business or Mission?

But that hasn't stopped the most idealistic and ambitious entrepreneurs from trying. In fact, over the last five years, social entrepreneurship has increasingly become the motivation behind startup business plans and a point of consideration in corporate boardrooms. Whether they're tackling world hunger, improving education or helping people rent out the things they aren't using, companies of all sizes are seeking ways to make positive change in the world.

As the social innovation movement has grown, so has the interplay -- and in some cases tension -- between business model and mission. Entrepreneurs trying to both make money and benefit a social mission are often playing a game of chicken and egg, having to decide which comes first: their social cause or their bottom line. 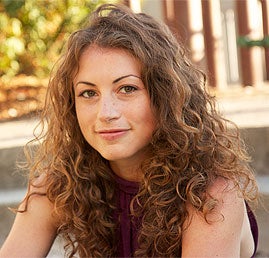 GoldieBlox founder Debbie Sterling has a large sign hanging in the company's headquarters that says, "The Mission is Greater Than the Company."
Image credit: GoldieBlox

Some social entrepreneurs, like GoldieBlox founder and CEO Debbie Sterling have built their entire business with their mission front and center -- literally. Sterling says there's a huge sign on the wall of the company's office that says "The Mission is Greater Than the Company," a reminder of the company's focus. "Every few months or so, we check in and make sure that everyone still feels that way, that we haven't become obsessed with profitability, or cheapening things or lessening the quality," said Sterling at The Feast, a two-day social entrepreneurship conference in New York City.

GoldieBlox, which makes toys intended to encourage girls to pursue and enjoy engineering, has grown rapidly. It took less than a year for Sterling's company to go from a Kickstarter campaign to the shelves of Toys R Us. Since launching in September of 2012, GoldieBlox has gone from a staff of one to a staff of 13.

Throughout, Sterling has remained tied to her core mission. "Every step of the way, we are all so passionate, we want to remind ourselves what this is for. It is really about inspiring girls and giving them more options and hopefully sparking that interest that will eventually help them grow up and build our world," she says.

GoldieBlox toys are intended to get girls excited about the principles of engineering.

Meanwhile, for some entrepreneurs, putting the mission before the business is a backwards strategy for success. "Having the social goal as No. 1 is inadequate and won't make you successful," said Robin Chase, the founder and former CEO of car-rental company Zipcar and the founder of peer-to-peer car rental company Buzzcar. "It makes you focus on the wrong thing because you have to deliver what people want," Chase said.

Related: Keep Your Employees Loyal By Encouraging Them to Pursue Their Own Projects and Passions

When Chase first started Zipcar, the popular service which allows consumers to rent cars by the hour or the day, she says she was criticized for not making the company non-profit. Chase knew she would need significant capital to get Zipcar off the ground and a for-profit business model allowed her to take on investors and raise capital.

Chase saw Zipcar as a business first and a social enterprise second. While Zipcar gives consumers an alternative to owning a car -- an inherently environmentally-friendly and therefore classically social entrepreneurship type of endeavor – that's not why people buy into the Zipcar model.

"Consumers, or collaborators, will buy a service because it delivers to them what they need in their self-interest," says Chase. In the case of Zipcar, consumers rent cars because it is more convenient and cheaper than having to maintain a car.

To make positive social change on any meaningful scale, Chase says social entrepreneurs need to first question whether there's demand for what they are selling. 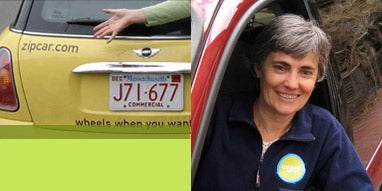 Robin Chase, the founder of Zipcar and Buzzcar, says that business success has to come first for an entrepreneur to make any meaningful social change.
Image credit: RobinChase.org

In 2008, when the U.S. economy was buckling under the Great Recession, social entrepreneurship was hardly the movement it is today.

"We started because we didn't even realize social innovation was a term," said Jerri Chou, founder of The Feast, an annual conference that attracts entrepreneurs and business leaders committed to social change. Chou started the first Feast conference in 2008 with her co-founders on credit card debt and by inviting the people already in her address book. "There wasn't a place for this," Chou said.

During the two-day conference, attendees break into small teams to collaborate and come up with actionable plans to solve current social problems. This year, those social issues included the obesity epidemic in the U.S., U.S. veterans' affairs and the rising popularity of technology-driven education. In previous years, some of the solutions have extended beyond the walls of the conference. For example, the "Fight Poverty Like a New Yorker" campaign run by the poverty alleviation group, The Robin Hood Foundation, was conceived at The Feast last year, says Chou.

For Chou and the other organizers of The Feast, social innovation is a broad term, encompassing all business ventures that seek to make the world better in some way. For example, Chou considers businesses like accommodation-booking service AirBnB and vehicle-for-hire service Uber social entrepreneurial ventures. Rental companies included in the sharing economy enable individuals to create wealth for themselves, solve problems and simultaneously use excess capacity in the market, thereby preventing demand for the manufacture of new goods.

While the sharing economy and peer-to-peer platforms are not yet part of the common vernacular outside of the U.S., the concept of social innovation appears to be catching the eye of the international community. Starting in 2012, independently organized Feast dinners were held in countries around the world. The conversation around social innovation overseas in 2013 "almost reminds me of New York in 2008," Chou says.

Not only is the adoption of social innovation spreading geographically, but it's also gradually spreading into the titan towers of capitalism. "Larger companies are starting to see the benefit of thinking about not just profit, but about societal and environmental value as well," says Chou.