Here's What It's Like to Be in Business With Bill Murray

The founders of theCHIVE give a behind-the-sleeves look at the launch of William Murray Golf.

Nine years and a bazillion clicks later, the brothers added a fourth pillar to their brand's identity: golf.

But it's not just any golf, it's William Murray Golf.

Known for its offbeat T-shirts almost as much as its offbeat content, theCHIVE recently announced the launch of this new line of high-performance golf apparel created by the sultan of swing himself, Bill Murray, with his tight-knit band of Murray brothers.

So how did Leo and John, two guys from the Midwest, build a media empire and form a relationship with the famously impossible to reach comedy icon? John puts it succinctly: "It started because we owed Bill Murray a lot of money." 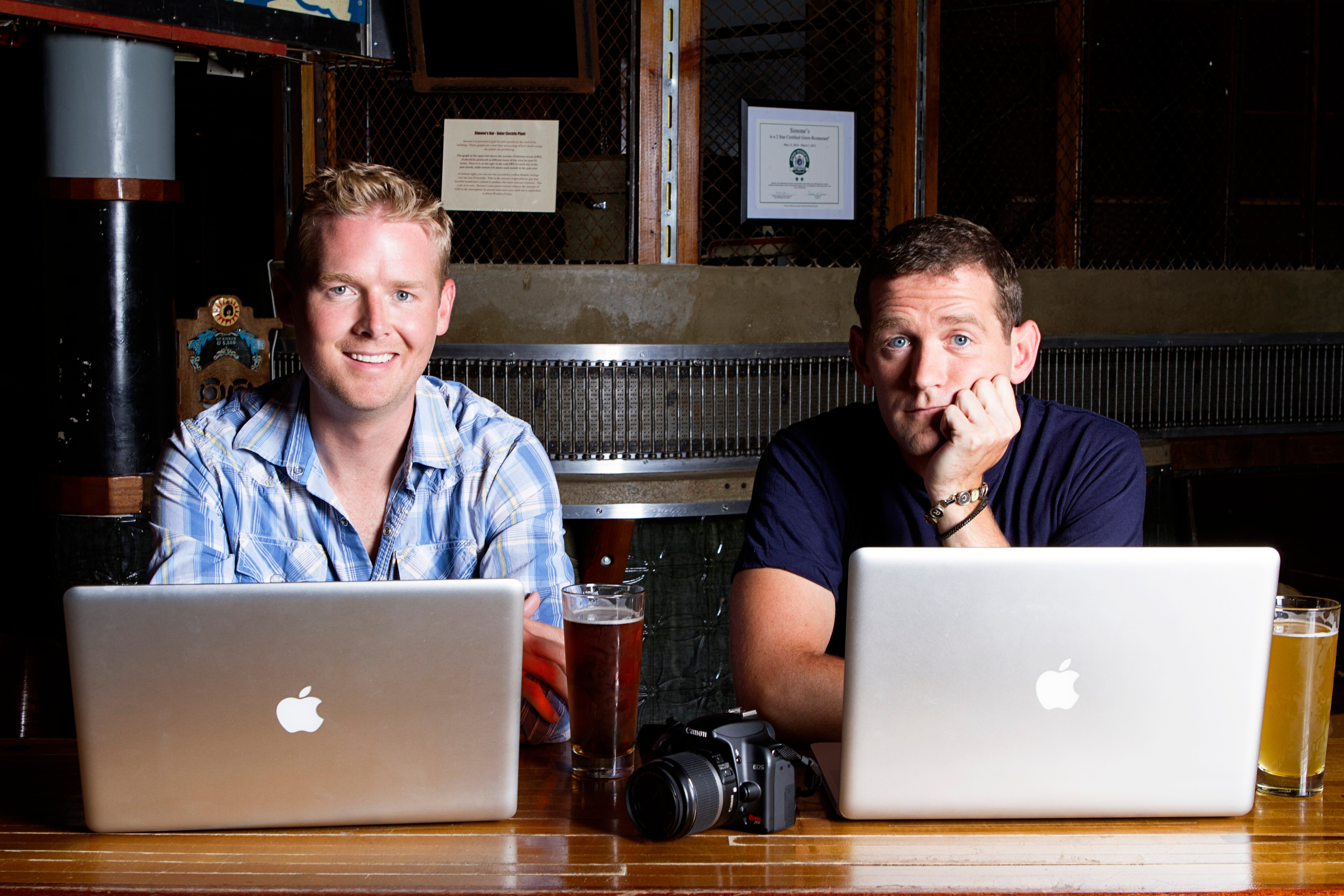 I spoke with the guys as William Murray Golf hit the cyber shelves of theCHIVERY, the site's more-than-robust ecommerce site. Here are some of the highlights of their long and winding journey to Murray.

What is a business meeting with Bill Murray like?

Leo Resig: First of all, Bill has to show up! And he does, but you never know when he's going to walk through the door.

John Resig: The legend is true -- you really can't get a hold of the man. He has no agent and has an 800-number that you can leave a message on.

How involved was he with the design?

LR: Bill and his equally funny and quirky brothers worked on this, Bill just happens to be the logo. He's the Jumpman, in a sense. We were really afraid Bill was going to come in and have really over-the-top ideas and it'd be really hard to tell Bill no, but he was very thoughtful and cared about feedback.

Related: 10 Secrets to Instagram Millions, According to Abigail Ratchford

JR: He is very detail oriented. A lot of his outfits you see him wear out on the golf course look accidental. They're not. At all. He thinks them through. And that same thought went into every article in the William Murray Golf line. We have a shirt covered with about 60 highball glasses on it. They were all uniform and Bill looked at it and said, "You know John, if you're going to have that many whiskey glasses, a few of them should be spilled." And he was right! We're going to sell a straw hat and he held it up to the light and he said, "The sun is going to penetrate this and older gentlemen who are bald are going to get sunburn on their head. So we need to tighten up the thatching." And he was exactly right. That's the level he was involved. 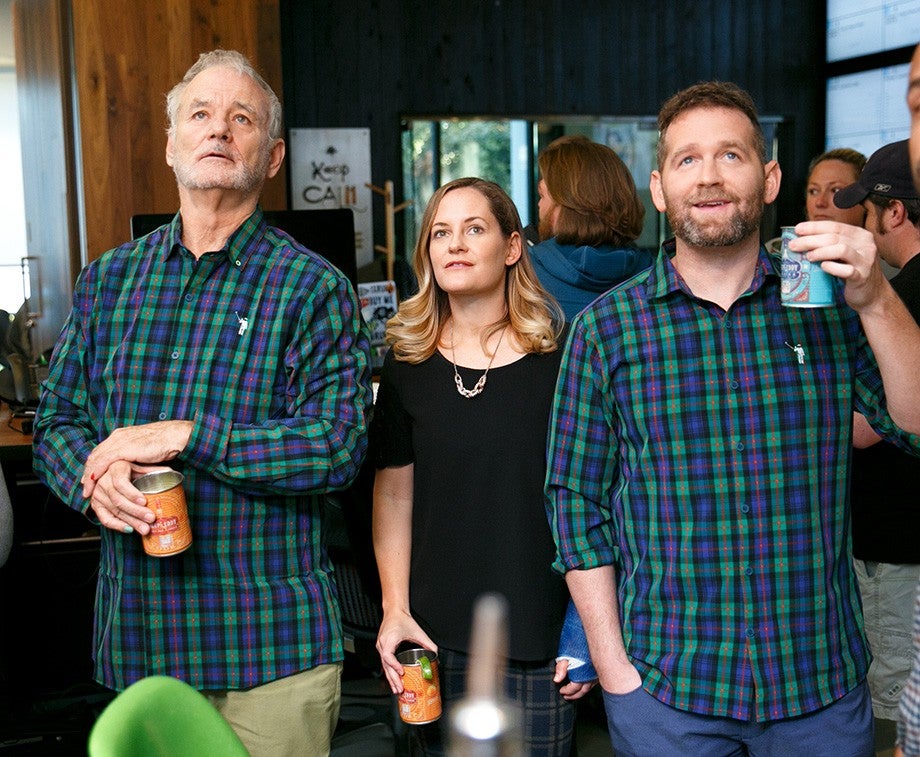 OK, let's take a step back. How did you connect with him in the first place?

JR: It started because we owed Bill Murray money.

LR: Years ago when we first started theCHIVE, John and I took our parents to the Santa Monica farmers market and we saw this guy wearing a T-shirt with a sketch portrait of Bill Murray on it. I told him I loved it and asked where I could buy it. He said, "You can't buy it, I just made it for myself." And I asked why he made it and he said, "Because everyone loves Bill Murray." And I thought that was so right! So I went home and designed the first version of the BFM, which stands for Bill Fucking Murray. And we just started printing. Things like copyright just never crossed our mind. If anything we were like, "hey, if this gets big, maybe Bill will want to work with us."

JR: We tried reaching out to him, but as I said, you really can't. But he finally found out that the shirts existed because when you sell a lot of T-shirts, they start to appear on warm human bodies all over America. So when it came to raise money and awareness for his Caddy Shack charity golf tournament in St. Augustine, Bill told the board members, "I know a couple of boys that are back on the rent, give the Resig brothers a call!" We had been ferreting away all the licensing money that we'd one day owe Bill. I can't tell you how much it was, but there were a lot of zeroes! And when we told him how much, he said, "Give it to charity." That's the substance of his character. And that put us on the long, glacial track to trust with him.

TheCHIVE has a pretty distinct voice and point of view. Does William Murray Golf have its own voice?

JR: When you think about Murray golf, your mind immediately is like, OK, this is going to be a little loud mouth-y and a little bright and maybe a little too much. So we came up with a loose rule for ourselves: You have to be able to spot a William Murray shirt from 50 yards away but not 100 yards away. The design starts to reveal itself as you get closer. You can see that some of the glasses on the shirt are spilled. And that's pretty cool.

Do you guys consider theCHIVE a media company or an apparel company or both?

JR: I would say we're a media company. I like to think of it like going to a movie theater. If you've got a lot of butts in the seats watching the movie, you should sell them popcorn and peanuts too. But I can tell you over the last seven years our ecommerce alone has generated over a quarter of a billion dollars. So we have a very powerful machine that is backing up William Murray golf. 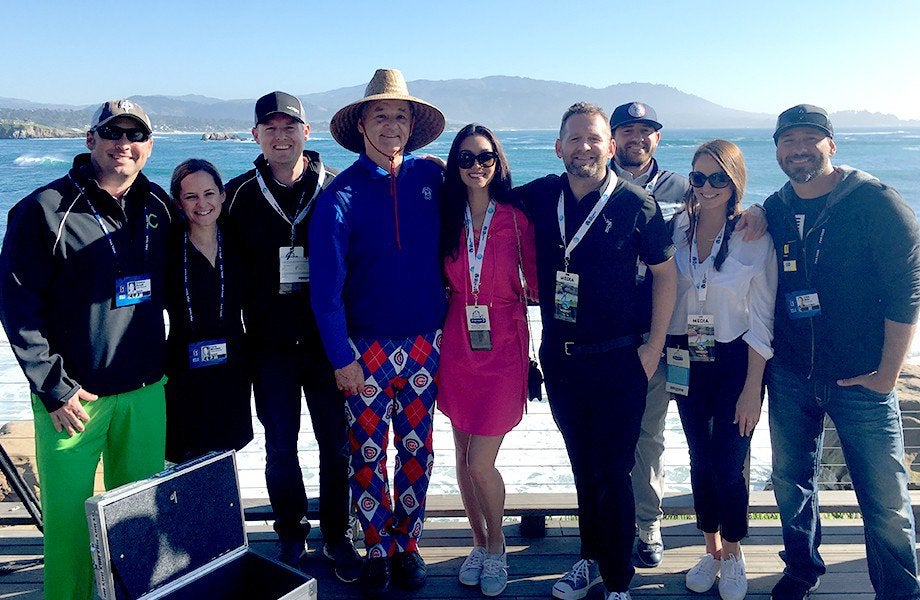 Related: The Simpsons Monty Burns Guide to Managing Your Staff

Why do you think you have so much success selling to your audience?

LR: A few years back, Thrillist and Jack Threads were the gold standards of ad-supported media companies that could drive their audience to convert on purchasing. And as we know, that didn't go too well for them. Jack Threads just closed its doors. At the end of the day, you can't sell anyone anything unless you make it an emotional purchase. Not to toot our own horn, but I think I think we are able to activate our audience to convert on purchasing products because we know them so well. We design for them and we market to them in such a way that they want to get behind our brand. People wear our stuff out in public and see each other and it is a little like an underground community.

JR: And we've ripped a page from our own community playbook and applied it to William Murray golf. For example, you get a letter from Bill when you order the shirt. It's got some general rules about golf and some philosophical thoughts about life. And it tells you to go donate to The Mercy Home for Boys & Girls, which is really why Bill's doing this. For Bill, it's not about the money and it really never has been. Bill is doing it for two reasons: he's having a blast and he wants to help his favorite charity in Chicago. And that's really all he cares about.