By Jane Porter
May 5, 2014
Opinions expressed by Entrepreneur contributors are their own.

A free online course "Beyond Silicon Valley: Growing Entrepreneurship in Transitioning Economies" launched through Coursera this month, using Cleveland as a funding case study. Come back to Entrepreneur.com as we feature additional interviews with experts and instructors connected to the six-week course. For more in the series, check out Think Like Cleveland.

While at the Wharton School of Business, Laura Bennett and Alex Krooglik realized there was a tremendous untapped business opportunity in the U.S. pet insurance market. People loved their pets, yet they had no way to ensure their safety and healthcare. The two put together a business plan that won their school's business plan competition. But they would need more than a plan to get their business off the ground.

Not long after graduating in 2003, the two moved to Cleveland when Bennett's husband was relocated there for a job. Without knowing much about the area, they set down roots for their new company Embrace Pet Insurance.

The company needed money for basic business expenses like color printing, building a website and hiring a small staff. It also needed funding to team up with an underwriter – an insurance partner-- that would pay for claims. What's more, Bennett moved to Cleveland with a newborn baby and no car or paycheck. She needed funds to help cover the cost of daycare and leasing a car.

While Cleveland wasn't home to any accelerators or angel investors at the time, Krooglik had come across an article about a new non-profit venture development organization (VDO) in Northeast Ohio called Jumpstart, designed to boost entrepreneurship in the region. It hadn't yet funded any startups, but was accepting applications for its first round of funding. Embrace put its name in the running and was one of three companies chosen from 150 in the region to get support. 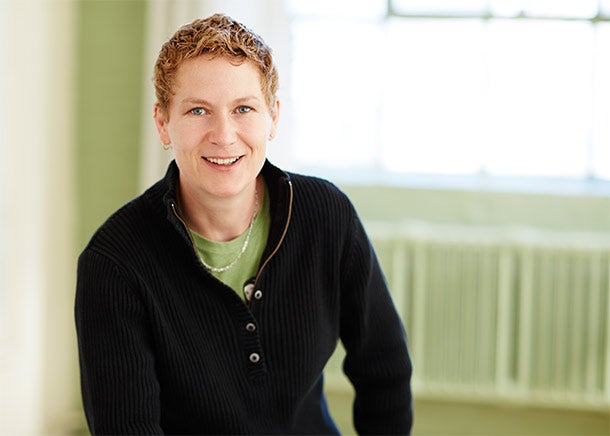 Eventually, the non-profit would invest $800,000 in the company over the course of three years and connect it with other sources of funding to raise $4.5 million in total, including VC funding and angel investments. Today, Embrace has more than 50 employees and an annualized insurance premium of about $16-million (translating to $6-million of annual revenue). "Without Jumpstart, there would be no Embrace," says Bennett.

VDOs like Jumpstart exist around the country and are designed to promote regional growth by offering support to startups in the form of mentorship, investment, resources and networking. They also help accelerate the commercialization of technology, according to the Regional Innovation Acceleration Network, a nationwide network of VDOs. If you're pursuing a VDO, here are some tips to keep in mind.

Prove you're ready. Attracting funding from the VDO required some of the same elements that any company would need for seed funding, according to Mark Smith, Venture Partner at Jumpstart, who was brought on as an entrepreneur-in-residence, and works with Embrace as an advisor. For Embrace, that meant a thoroughly defined business structure, a 24-month budget and a well-researched concept that filled a gap in the market.

The duo also had significant leadership skills – Bennett as an actuary and Krooglik in marketing at IT – which gave them credibility. "They had done their homework," says Smith. "There was a clear market gap that was misaligned with the extreme popularity of pets in this country."

Know what's expected. As with all funding, Jumpstart's money came with restrictions. JumpStart's loan was converted to equity when additional investment capital was raised by the company, giving the VDO a small share in the business. Startups like Embrace working with VDOs are also expected to demonstrate potential exit strategies before receiving funding.

Because Jumpstart worked in collaboration with Ohio Third Frontier, a government initiative, Jumpstart and its startup founders had to abide by certain rules. For instance, only technology-related businesses could get Jumpstart support and even then they would receive funds in installments after reaching certain milestones.

This means that while Jumpstart initially agreed to contribute $335,000 in funding to Embrace, the money didn't come all at once. The first $80,000 it received had to be stretched over the next two years before the company reached a critical milestone -- signing up with an insurance partner to underwrite its claims. Bennett and Smith met regularly to discuss the company's progress, and Embrace was required to share monthly financial statements. Furthermore, the company was restricted to spend Jumpstart's funds on only what had been outlined in its two-year budget. "They were helping us make wise decisions," says Bennett.

Be patient and spend carefully. Growth was slow for Embrace and the company needed to stretch its funding dollars. Once the first round was in, Embrace bootstrapped. Bennett used the money to pay herself a small salary – just enough to afford a car and childcare for her daughter. The rest of the money was used to try and get an underwriter. Hiring staff would have to wait. It took more than a year for Embrace to secure an underwriter, the UK-based insurance company, Llyod's of London, and another year before the first insurance policy was sold in 2006. The company wouldn't break even until 2011.

Make the most of the relationship. While some VDOs don't offer financial support like Jumpstart does, all give entrepreneurs valuable resources such as mentorship to help get technology-focused startups off the ground. They help connect businesses to other resources and funding possibilities as well as offer an informed perspective on how best to do business in that specific region. "[Jumpstart] gave us a very good discipline that we might not have had otherwise," says Bennett. "They helped us hire the right people. They helped us raise venture capital."