The Story Behind the Coffee Company That Fuels Google, Microsoft and Facebook

What do Google, Microsoft, Facebook, Airbnb and Salesforce have in common? Plenty of things, of course, but one odd detail is that many of their employees are drinking Verve Coffee.

The company, founded in 2007 by Ryan O'Donovan and Colby Barr, helped bring the so-called "third wave of coffee," in which coffee consumers started becoming invested in how their brew was prepared and where the beans were sourced from.

What started out as a single cafe in Santa Cruz has evolved into an international business. Verve now runs nine standalone cafes in California -- including one on Facebook's Menlo Park campus -- and three in Japan, and also provides coffee for more than 400 restaurants, cafes and grocers. It's also the coffee provider for many tech companies, including the ones mentioned above. The company recently launched Nitro Flash Brew Coffee, a canned beverage sold in stores.

Barr sat down with Entrepreneur to talk about the founding of the company and the impact his coffee has on tech workers. The following oral history has been edited and condensed.

"I always wanted to start my own company. My business partner, Ryan, is my first coffee geek friend. He's worked for Starbucks and Peets and all the different companies. He was the guy who would work at Peet's and bring his own steaming pitchers. In 2007, we were seeing what was happening in Portland with coffee.

"At that time I had gotten involved in a coffee shop for that cliche reason that coffee shops are cool. The guy who owned it said, 'Actually, I'm moving. Are you interested in buying this shop?' So all of a sudden I ended up owning the cool coffee shop in the college town of Chico. One year later I went from being the cliche reason of entering the coffee world to having the weight of reality of what it's like to actually own a business. That first year was crazy tough. 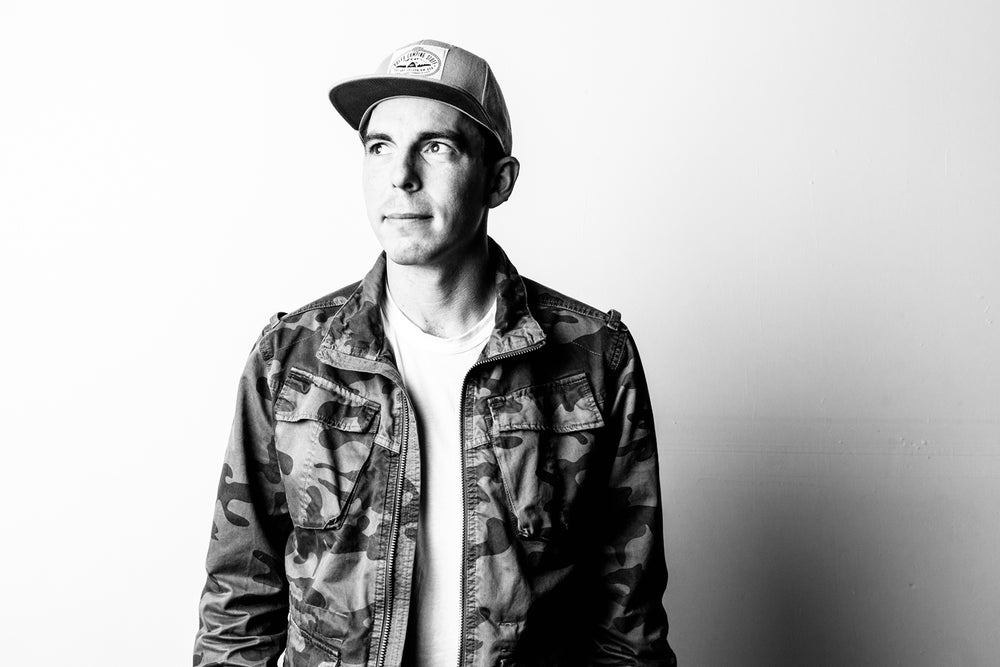 "I had just turned 30. On my birthday, I took over the business, unplanned. But I felt like it was a sign. I was understaffed and had to fire people. I had to learn how to make decisions. At the end of the day there's no one to turn to, so you do a lot of soul searching of who you want to be and what you want to be, determining whether you're going to cut corners or not, who you're going to hire and whether you can stand up and fire people. But somehow throughout all this, I just loved it. It was like the worst nightmare, and I was like, 'fuck yes.'

"I thought I had loved coffee, but I ended up going to a few events and tasting some coffees and I had aha moments where I was tasting floral notes and fruity notes. That's when I learned coffees can "taste' differently. I realized I had to learn everything about coffee.

"Our product was great, but at that point I wasn't roasting it, I was just buying it. It wasn't until I called my coffee geek friend, Ryan, who had just moved back from Portland. I said, 'Dude, I'm in the rabbit hole. Let's start a coffee company.' Two days later I was at his house in the Bay Area and we were looking for leases. We almost opened up in Berkeley, Oakland or San Francisco. The last second, he's like, 'I'm moving to Santa Cruz for lifestyle reasons, surfing, mountain biking, gotta get out of the rat race.' I was like OK. Let's just do it.

Related: Here's the Process to Create One of the Best Cups of Coffee I've Ever Had

"At the time in 2007 there was only Ritual in San Francisco or Blue Bottle. We didn't know if anyone would care, but we ended up trying hard, and we had a couple of lucky breaks. We built that café ourselves. We didn't have a contractor. I slept on Ryan's couch for like a year building it. Ryan's wife, who is a schoolteacher, was funding our endeavor with her big rich public teacher salary.

"We put our espresso machine on the front counter, which at the time no one was doing. We were into this open kitchen feel, low counters, residential materiality, no metro racks. Right next door there was this 500 square foot space, it was all boarded up, and we ended up renting that. That's where we put our first roastery, right next door to our cafe, all glass.

"Our real first break as a brand was actually because of New York. These people on vacation in Santa Cruz came to our first shop and had our coffee. They were really excited by it. They took some back to their friends in New York, who ended up being the people that own Cafe Grumpy. I took their first order for 150 pounds of Ethiopian, and we started shipping it to them. We were on their menu permanently until they started roasting in New York. That made us realize this business could be something else. 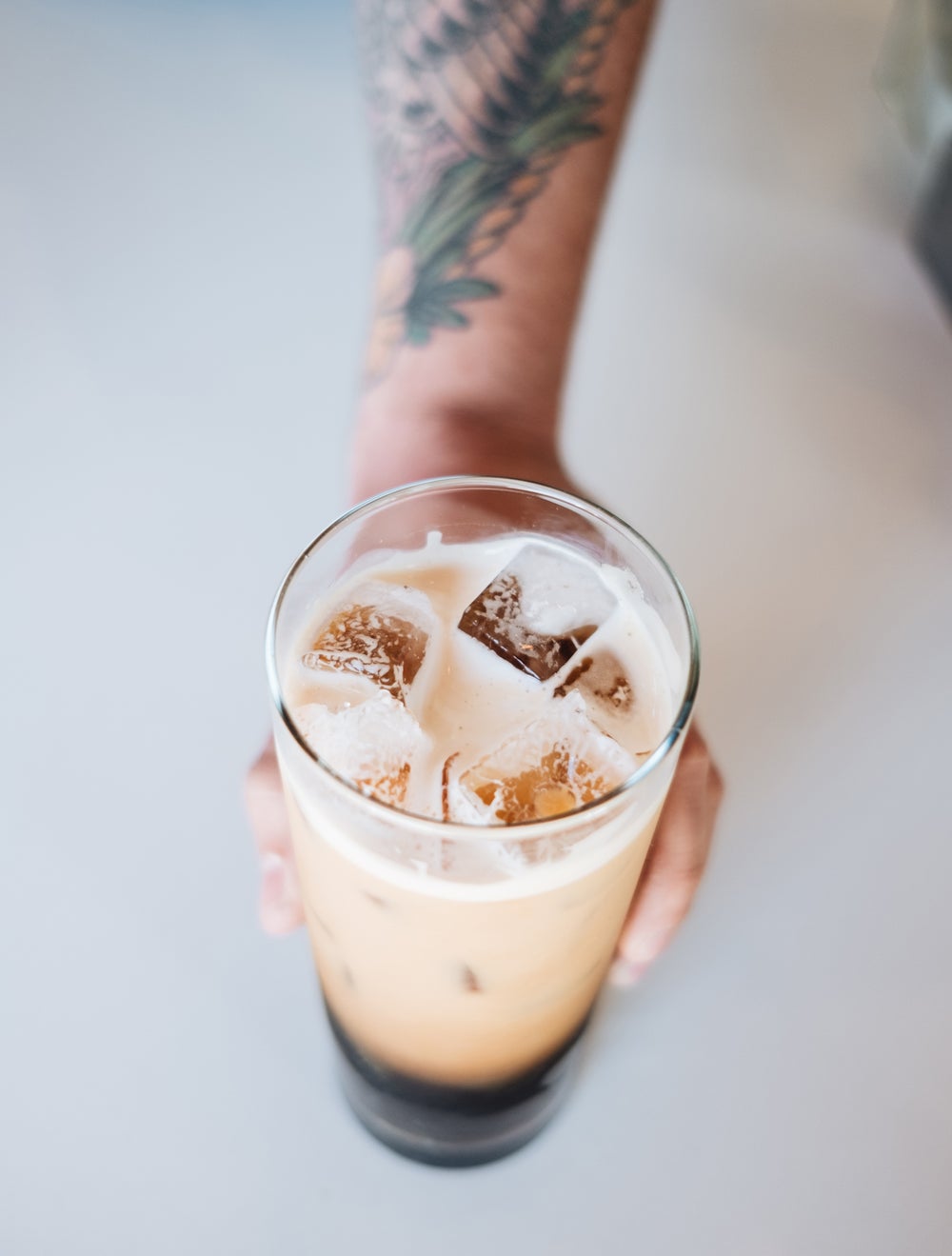 "When we started Verve, we wanted to build the best boutique coffee brand in the world. We just thought that only we would ever know that. We knew no matter what, there would be no compromises.

"Google were one of the first tech companies to lean into third-wave coffee. That was the first domino to fall. We worked with them for a few years, and then in the past four years it started ramping up where all campuses said third wave is the new norm. Around 60 percent of our business is wholesale and about 40 percent retail. Campuses have grown to be a pretty big chunk.

"It's a sign of bigger things happening, because tech campuses are aggregators for a certain demographic. It's an indicator of a greater validation of the third-wave coffee trend. They want something great and high end and premium that shows value and commitment to their staff.

"I had my aha moment in coffee after I already was in coffee. At these tech campuses, all the way up to CEOs and founders, they're having their own personal aha moments with coffee. From a certain point it doesn't feel as much a step up as it is the new norm. Not doing it feels like you're actually stepping back or cutting corners or being cheap.

"I trip out thinking about how many people on any given day could be drinking Verve Coffee that are designing the future. I think to myself, were they jacked up on it and invented a new app or a new thing or Netflix -- did I help make 'Stranger Things'? I'm kidding, but there's the correlation between great ideas and inspiration and innovation and great coffee. Coffee is unique that way, it becomes part of you."