Three Ways to Prepare for a Business Launch

By Kelly K. Spors
June 9, 2011
Opinions expressed by Entrepreneur contributors are their own.
Judy Katz positioned herself as an expert before launching her ghostwriting business.
Photo courtesy of Jan Goldstoff

For aspiring entrepreneurs, ample preparation is an important element in starting a business that can greatly increase the chances for success in a competitive marketplace.

"If I think about 1,000 start-ups, maybe 10 will be around in 10 years," says Steve Tennant, an Orinda, Calif., consultant, who advises Silicon Valley start-ups. "More than 900 are situations where people have not done nearly enough homework to see if there's an important customer problem and if they're actually solving that problem better than everybody else."

When preparing to start a new venture, you need to determine whether there's a market for what you want to sell, differentiate yourself from competitors and line up potential customers. Here, three entrepreneurs share the successful strategies they used before starting their businesses.

1: Position yourself as an expert.
In 2004, Judy Katz realized after almost two decades of owning a small PR firm, Katz Creative Inc. in New York, she was ready to live her dream of ghostwriting books.

She kept her firm, but began asking her peer groups -- such as the National Association of Women Business Owners -- if she could give talks to their members on hiring a ghostwriter. She researched the topic and spoke with ghostwriters she knew. Since she was already a communications expert, it wasn't such a stretch. "I spoke any and everywhere that people would let me get up to talk about what it takes to birth a book," says Katz, who's in her mid-60s.

She gave about a dozen talks on ghostwriting over the course of a year, explaining the hiring process, standard fee structure and how publishing a ghostwritten book could help propel a career.

She spent about $1,000 in gas and train fare, and within several months, a female Wall Street executive asked her to ghostwrite a biography. Since then, she has ghostwritten 24 books for a fee of about $50,000 to $100,000 per book.

Related: How to Make Money as an Expert 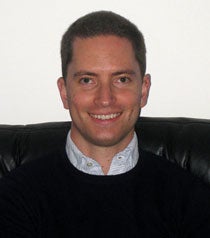 Rami Weiss, co-founder of Boomerater.com
Photo courtesy of the company.

"We talked about why we're different from others in the marketplace," says Weiss, who brought on a co-founder, Leigh Bolton, to manage the site's content development.

Weiss then bought pay-per-click ads on Google for more than 100 search terms, such as "retirement planning" and "caring for elderly parents," to draw traffic. He spent a total of about $700 for the landing page and ads.

Within a few months, nearly 3,000 web surfers offered feedback, which included suggestions for online forums and columns with expert advice. He decided to license content from third-party sources, such as national magazines that write about senior-care issues.

He got people to sign up by making them feel like they "were part of an exclusive club and could help create what the site would be." He said they would be notified of updates to the site and asked to provide their input on various ideas. Boomerater.com officially launched in 2009 and now receives 80,000 to 100,000 visits per month, while he generates revenue through senior facilities that advertise on the site.

3: Offer free samples.
While in Johannesburg, South Africa in 2005, Selena Cuffe visited a festival that featured wine makers in Soweto, an impoverished South African town. It gave Cuffe, then working for a Boston-based international student exchange program, an idea: Why not start a business helping struggling African winemakers sell their wines in the U.S.? 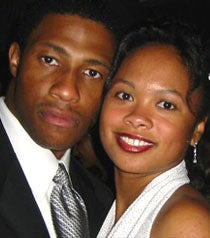 She enjoyed the wines, but wondered if American wine connoisseurs would be as receptive. So Cuffe contacted wine shops and restaurants in the seven largest U.S. cities, including Chicago and Washington, D.C., explained her business idea and asked to host tasting events, which they agreed to at no charge. Cuffe also placed ads on Craigslist to recruit testers that fit her target demographics -- millennials, women and African-Americans.

"People started responding and we even had to create a waiting list," says the 35-year-old Cuffe, who launched Los Angeles-based Heritage Link Brands with her husband, Khary, in 2007.

She estimates it cost $3,000 to test her idea, including travel expenses, Craigslist ad fees, and bread and water for the testers. She stayed at friends' houses whenever possible to keep costs down. In blind tests, the wines were scored on a one-to-10 scale for taste and packaging. Cuffe only imported wines scoring an eight or higher. Her list of eight wines was pared down to three.

Heritage Link Brands now imports about 10,000 cases of African wines to the U.S. each year that it sells through 1,100 stores nationwide. The company expects revenues of about $1 million in 2011.

An earlier version of this article misstated how many books were ghostwritten by Judy Katz. The correct number is 24.