Truck with Dye Crashes Leaving a Highway Pretty In Pink

A strip of highway in South Carolina was temporarily colored pink (and blue) after a U-Haul trailer carrying clothing dye was involved in a crash, spilling the dye all over the road. 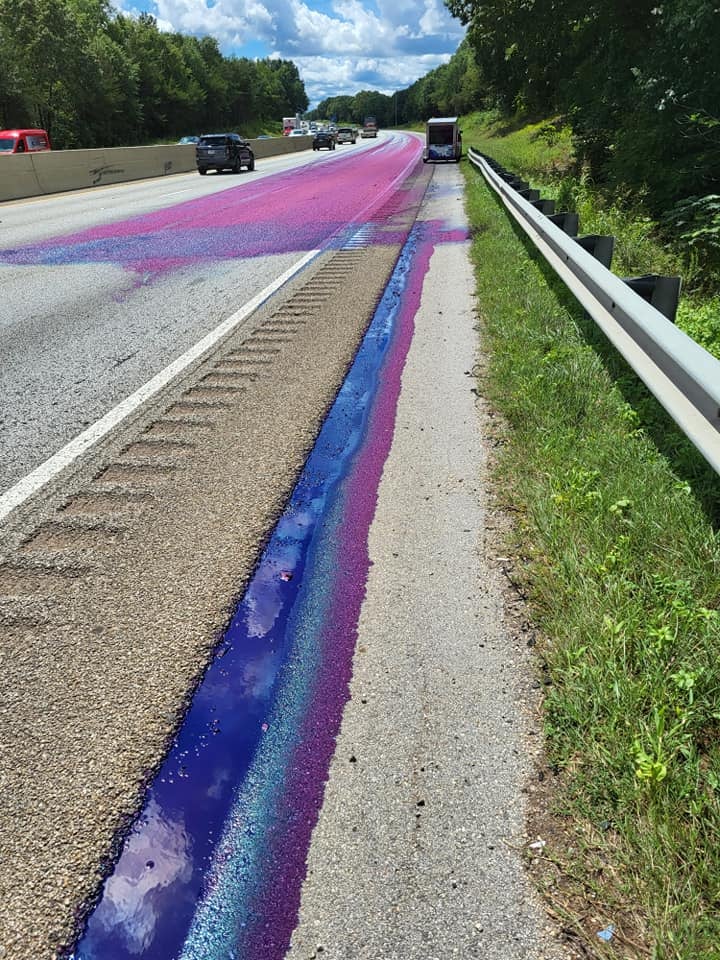 The accident took place on I-85 south between Highway 129 and Highway 29.

The Spartanburg County Emergency Management team alerted drivers to the crash via their Facebook page, saying:

"There's been a spill of organic textile/clothing dye in 2 of the 3 lanes. Will be a while before a contractor cleans it up, and traffic is backed up. While the colors are pretty, we're pretty sure you don't want it on your car!

Reportedly, no one was injured in the accident. Photos from a Sky4 News Chopper show a man, apparently the unlucky driver, standing by a U-Haul trailer on the side of the road with dye all over his clothes. 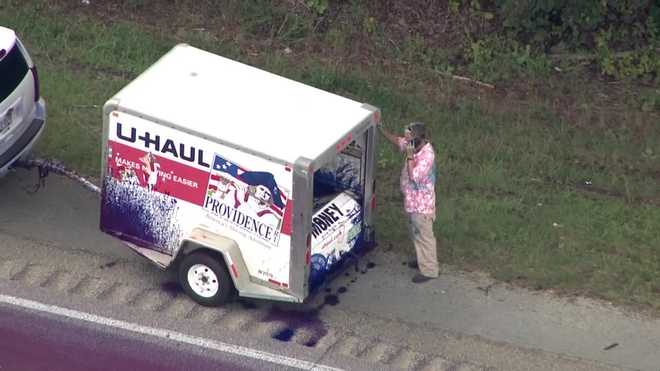 The accident caused major delays on the highway while workers cleaned up the mess. Due to the proximity of this spill to the North Tyger River, the Emergency Management team warned that there could be a colorful sheen on the river's surface for the next few days "Please know that we are aware of this, and it does not present any harm to the environment, nor to people, nor to aquatic wildlife," they wrote on Facebook. 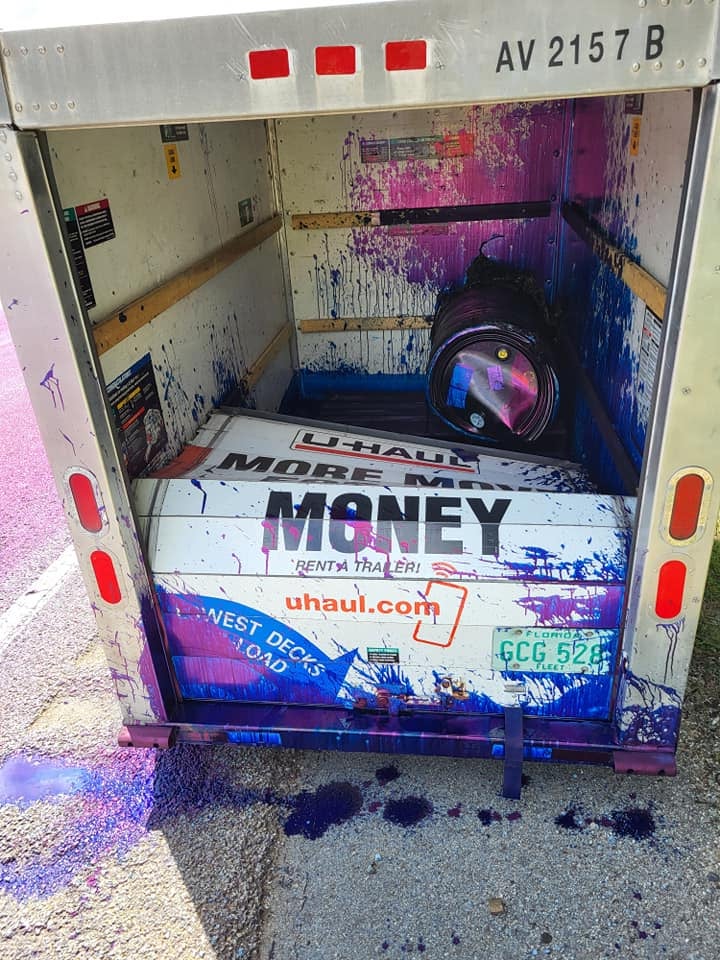