Why Startups Must Think Lean -- Or Else

Eric Ries says in a soft economy and Web-enabled world, the lean startup is a concept whose time has come. 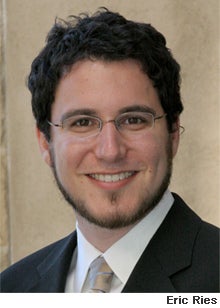 Eric Ries was one of those fresh-faced tech geniuses of the late 1990s who'd spent his adolescence as an expert computer programmer and his years at Yale University developing his own well-funded dot com. If anyone was poised for startup success it was this guy.

But unlike the Sergey Brins of the world, Ries didn't reap millions. His company folded with the crash of 2000, leaving him buffeted by the dispiriting aftermath of the dot com bust. Ries was a fast-learner, though, and after a few years of missteps, he came up with his own startup theory, a strategy that eventually helped him earn his fortune and even more impressive, help launch a new entrepreneurial movement.