How to Get Your Product into a Hollywood Movie

Every time winemaker Kathy Joseph watches Oscar-nominated film The Kids Are All Right, she gets a jolt of excitement. That's because less than five minutes into the film, actress Annette Bening picks up an empty bottle of wine and asks her wife, played by Julianne Moore, "Do we have any more of the Fiddlehead?"

It's a special reference for Joseph, the owner of Fiddlehead Cellars, a 100-acre vineyard and winery nestled in California's Santa Rita Hills, in Santa Barbara County. Fiddlehead, in business for more than 20 years, carries four full-time employees (up to 50 during harvest season) and specializes in producing sauvignon blanc and a pinot noir called "Fiddlehead 728."

"I love Annette Bening, but, yes, that's my wine she's drinking in the movie," she says. "That's a thrill."

As it turns out, it isn't the first time the brand has found itself on the silver screen. It made its movie debut in the 2004 Academy Award winner Sideways. The film's director, Alexander Payne, had visited her vineyard and decided to write her sauvignon blanc into the script, Joseph says.

The placement in The Kids Are Alright, which has been nominated for four Oscars this year, came about when the same property manager who worked on Sideways was hired to work on The Kids Are All Right and, according to Joseph, wanted to bring Fiddlehead back to the big screen.

Joseph says it's difficult to put a finger on the sales uptick resulting from the Hollywood exposure, but says it has brought numerous customers to the brand. "Small wineries like mine generally are not in a position to afford to pay for advertising," she says. "So, when someone else discovers you and highlights what you're about, it provides access for others to discover your business."

But not every product placement comes about so organically. Numerous business owners -- both large and small -- actively pursue such opportunities, hoping to reap the benefits associated with having their product featured in a major Hollywood production.

Hiring an Agent or Acting As Your Own
The most common way that small-business owners secure product-placement deals is by hiring a product-placement agency -- a firm that will actively seek out placement opportunities for their clients. Some of the bigger players in this niche, representing large and small brands, include Hollywood Branded and Davie Brown. The other way is for the business owner to act as his or her own agent.

"Typically, agencies will have access to all the production material floating around Hollywood and will be aware of opportunities that might be a good fit for their smaller clients," says Adam Stone, co-owner of Stone Management, a Beverly Hills, Calif.-based product-placement brokerage he manages with his wife, Cat. Unlike traditional agencies which represent individual brands, the Stones represent production companies, helping them determine which props are needed for their films and how to acquire them. In the past five years, the Stones have placed products in more than 60 films, including The Kids Are All Right. 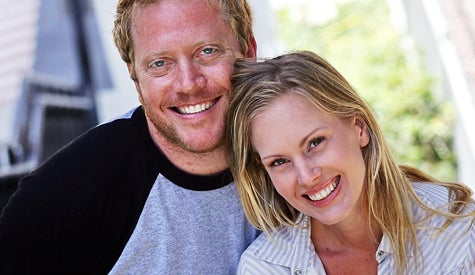 While a number of agencies are located on the U.S. East Coast, most operate in the greater Los Angeles area close to the Hollywood studios, Stone says. Working with an L.A.-based firm that has warehousing capabilities can be an advantage, he says, because it can store and have quick access to your products when producers are working on tight deadlines. Agency contracts can be one-off deals or retainer contracts, which generally cost smaller brand owners between $2,500 and $10,000 a month, Stone says.

If a business owner opts to act as his or her own agent instead, Stone suggests scanning trade publications like Variety and The Hollywood Reporter for production charts, which contain "log lines," or brief summaries of upcoming films with contact information for the respective production company. "If you sell boxing apparel, and you notice a film is coming about boxing or gyms, that might be an opportunity to contact the film's department heads and inquire about the opportunity," says Stone.

Making a Product Placement Pay
Stone warns that unless a product is prominently featured or talked about in a film, viewers may not take notice, and the sales benefit to the business owner can be minimal. To move the financial needle on a product-placement opportunity, Stone recommends negotiating with production companies for the right to market and editorialize the placement in the press, online and on social media.

"Depending on the size of the brand, business owners might also consider co-developing a promotion campaign with the studio," Stone says. 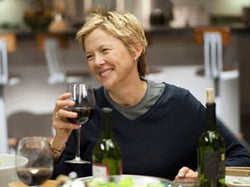 Joseph blogged about her product placements in Sideways and The Kids Are All Right, and posted promotional pictures and clips of the films on her website. "People who have never heard of Fiddlehead before will see the films and will come to our website, sign up for our newsletter and buy our wines," Joseph says. "And, to be honest, we like being able to say, ‘If you want to drink the wine Annette Bening was drinking...' In our tasting room, people really respond to that."