By Mikal E. Belicove May 5, 2011
Opinions expressed by Entrepreneur contributors are their own. 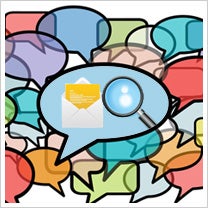 Online retailers in the U.S. reaped an impressive $176 billion in sales last year, an 11 percent increase over 2009. That pretty much establishes Web retailing as a legitimate tactic that should command respect from those who market and sell their wares exclusively within a brick and mortar environment.

But a new study finds that while online sales continue to compete well with physical retail establishments, most online merchants believe that social media-related marketing does little in the way of lifting sales -- calling into question what if any benefits businesses actually derive from participating in social media.

Sixty-two percent of online retailers say their return on investment is either unaffected by social media or that the benefits remain unclear, according to Forrester Research's The State of Retailing Online 2011: Marketing, Social & Mobile, which was released earlier this week to members of Shop.org, the online retail division of the National Retail Federation.

Although the online retailers polled say they are underwhelmed by the results of their marketing efforts within the social networking utility Facebook and microblogging platform Twitter, they do point to a number of benefits such as building brand awareness and improving customer service.

So, then, what works for finding customers?

A whopping 90 percent of online retailers said search-engine marketing was the most effective source used to acquire customers last year, while 49 percent pointed to affiliate marketing, or paying a commission for referred business. Further, 44 percent of online retailers cited organic search traffic as having helped them find customers, while email marketing and having a social network presence each garnered 18 percent. Ten percent of those surveyed also indicated that direct mail and sweepstakes were a help, whereas about 7 percent cited offline ads and remarketing -- that is, targeting website visitors who have previously visited your site with ads that appear across the Web. Finally, just 1 percent said microblogging -- a.k.a. Twitter -- helped them find customers.

If attitude is everything, the survey shows that online retailers see social marketing strategies as experimental and needing further exploration. In fact, 82 percent say they're pursuing social networking simply to learn more about what it can do. Sixty-one percent said they see the primary ROI from social marketing as “listening to and better understanding our customers," while 52 percent say they’re participating because they don’t want to be left behind. Another 45 percent cite the tremendous buzz about social networking as reason to participate, and 37 percent say they’re participating because it’s inexpensive to do so.

And while online retailers say social-commerce marketing has been less than successful for their businesses, many claim they’ll continue to place more of their marketing dollars into social networking, citing the potential for improvements from those channels in the future.