For so many entrepreneurs, crowdfunding campaign websites are where dreams are born. It’s where brand-new entrepreneurs launch their first businesses and serial entrepreneurs test out new ideas. Now, your crowdfunding website can also be where your new business takes its first steps.

Related: Everything You Need for a Winning Crowdfunding Campaign (Infographic)

A pilot program for Indiegogo’s new feature launched in September 2014 and some of the test campaigns have seen impressive success. For example, the Geek Audio crowdfunding campaign has raised another $1.4 million after closing its campaign with a bit more than $1.1 million. That brings the Geek Audio earnings from Indiegogo north of $2.5 million. 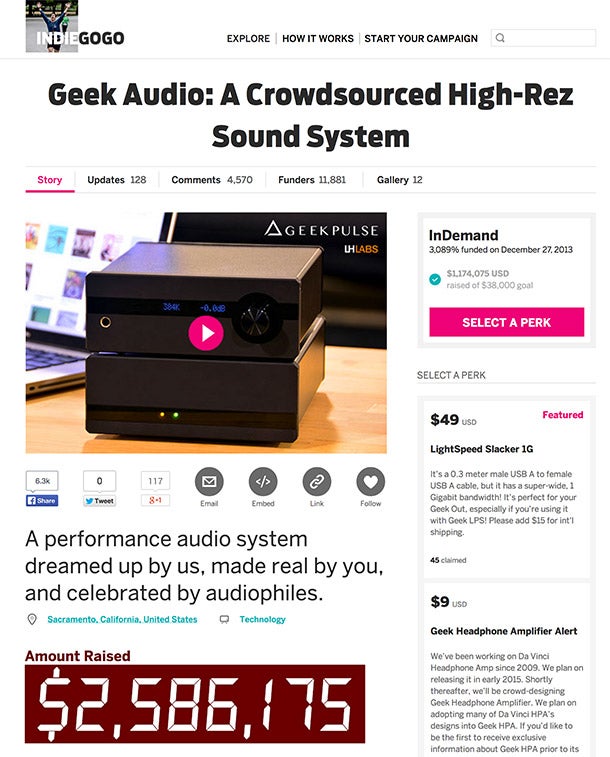 Indiegogo’s innovations in how crowdfunding campaign websites are used is a mark of maturity for an industry that has gone from an offbeat, alternative finance tool for artists to a multi-billion-dollar industry that is changing the way entrepreneurs launch and grow their businesses.

Also, Indiegogo the new commerce-management feature is a mark of the second-place competitor racing to keep up with the biggest name in the industry: Kickstarter. Even aside from this latest rollout, Indiegogo offers users options for setting up their campaigns that Kickstarter does not. For example, on Indiegogo, users can opt to collect the money they raised even if they don’t reach their goal, for a higher commission fee. On Kickstarter, users either reach their goal and collect their earnings or they don’t and they go away empty handed.