Move over, Garfield. There's a new cartoon cat in town -- one who's much more apt to play games than loaf around and eat lasagna all day.

After bounding onto the app scene five years ago, Talking Tom -- the green-eyed tabby who describes himself as "the coolest cat in the universe" -- has become one of the most successful animated characters in today's mobile market.

Doesn't ring a bell? You may be in an increasingly dwindling minority. All told, an assortment of more than 15 different Talking Tom-related apps have been downloaded 2.6 billion times -- touting 250 million active monthly users.

The viral success of the initial Talking Tom app, which lets users stroke, poke and talk to the amiable character, has gone on to spawn an entire cast of characters, including a love interest, Talking Angela, a pesky nephew, Talking Ginger, and other anthropomorphic dogs and parrots. 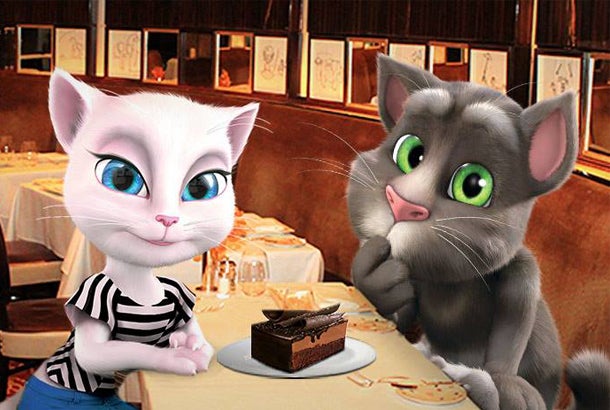 And now, Outfit7, the British app development company behind the franchise, is bringing it to the small screen. Earlier this month, a Talking Tom and Friends web series -- written by Simpsons alum Tom Martin and featuring the voice of Colin Hanks -- debuted exclusively on YouTube Kids. (Launched in February, YouTube Kids is Google's new video hub touting a simplified user interface and age-appropriate content.)

Related: At the NewFronts, 34 Digital Media Giants Divulge Plans for the Future of Online Video

The leap from mobile app to multi-platform entertainment franchise is a rare feat -- one that has turned Outfit7 into a multimillion-dollar media giant. Slovenian entrepreneur Samo Login founded the company in 2010 with $270,000 of his own money and has never taken outside funding.

Login and his wife, Iza, began by developing a flurry of different apps over six months, and quickly discarded underperformers. After Talking Tom caught on, Outfit7 allocated a mere $6,000 towards marketing. (While free, the apps generate revenue by offering add-on purchases.) 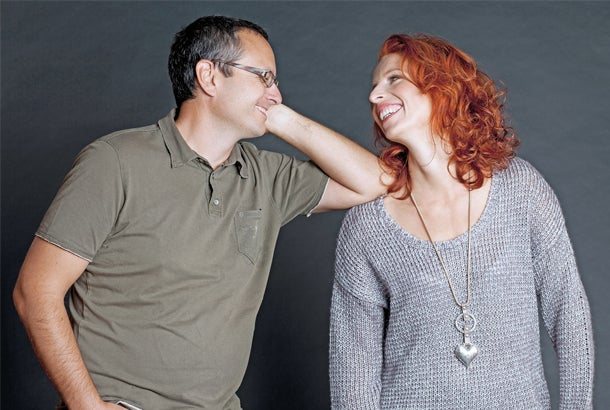 Login attributes the viral success of Talking Tom to in-app features that encourage users to share their own creations on social media and a humorous sensibility that transcends nationality, gender and age. In fact, Login tells Entrepreneur, half of the apps' users are over the age of 13.

The ascent hasn't been without the occasional stumble, however. Early last year, a fallacious post began to circulate on Facebook that the Talking Angela app -- featuring a cat that mimic users' voices and can even respond via text -- was being used as a front for a pedophile ring.

At the time, Login took the hoax in stride, and ultimately came to regard it as a teachable moment.

"It points out the concern that a lot of modern parents have about what kind of content their kids are consuming, and whether anybody is invading their privacy," he says. "And those concerns are real." As a result, the facial recognition feature within the app now defaults to off, and is only available if users switch it on.

At the end of the day, however, Outfit7 emerged from the controversy virtually unscathed. Today, the company counts 200 employees, with offices in England, Slovenia, Cyprus, Seoul and Palo Alto, Calif. While apps are the most lucrative segment of its profile, the company's investment in YouTube has helped cultivate audiences that are more deeply engaged with its characters, Login says.

If producing an animated series isn't cheap, he expects to recoup costs via ad sales in less than two years. 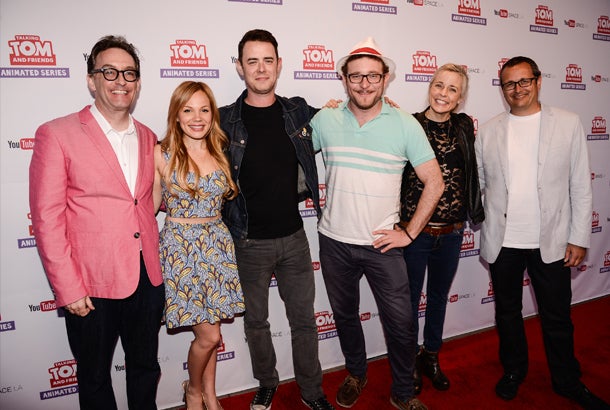 Even before the launch of the series, YouTube was fundamental to Outfit7's strategy. Short, standalone clips published to Talking Tom's YouTube channels since 2010 have been viewed more than 1 billion times. Since many of the apps allow users to create their own videos with Talking Tom characters, these kinds of videos have also been viewed over 1 billion times.

Such seismic figures indicate to Login that modern media is a more valuable pursuit than traditional avenues of expansion, like product licensing. If the global licensing business is about $5 billion and Outfit7 were to garner 1 percent of that, Samo speculates, that would only be about $50 million in yearly revenue. "So that's why the focus on modern media that is much faster and easier to share makes much more sense for us."

But he's not counting traditional media completely out of the mix. After inking a deal with production company Mythology Entertainment in October, Login says that a Talking Tom and Friends feature film is coming down the pike in 2017.