The Smithsonian and Kickstarter Partner Up to Preserve Neil Armstrong's Spacesuit

A bunch of small donations is proving one giant leap for the Smithsonian.

Last week, the museum partnered with Kickstarter to launch its first-ever crowdfunding campaign, aiming to raise $500,000 for the preservation of Neil Armstrong’s spacesuit. The campaign has since topped that goal, raising more than $550,000 from 7,000-plus backers across the world.

The suit, which was worn by Armstrong when he landed on the moon on July 20, 1969, is currently in a climate-controlled environment out of the eyes of the public. The Smithsonian’s National Air and Space Museum wants to put it on display in time for the 50th anniversary of the Apollo mission in 2019, and then incorporate it into a new permanent exhibit in 2021. The money raised in the “Reboot the Suit” campaign will be used to prevent further deterioration of the suit and build a special display case. It will also be used to create a digital, 3-D model of the suit. 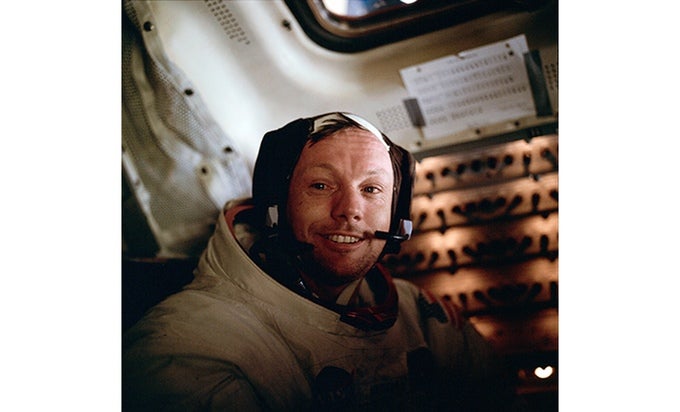 Astronaut Neil A. Armstrong, Apollo 11 Commander inside the Lunar Module as it rests on the lunar surface after completion of the Extravehicular Activities.
Image credit: NASA

Related: The Maker of This Invention Kit Wants You to See the World as Your Playground

Why did the museum turn to crowdfunding? The Smithsonian receives federal money to support building operations and maintenance, research, and safeguarding the collections, but conservation efforts, like this one are not covered by federal appropriations.

The restoration project is the first of several the museum will launch in conjunction with Brooklyn, N.Y.-based Kickstarter in the coming year. Kickstarter bills itself as the platform for creatives, and it makes a point to support and cater to artists. In that vein, partnering with the Smithsonian was an ideological fit.

“Kickstarter is a place that honors creativity, past and present. We celebrate creators who are shaping the future — but we can’t begin to think about what lies ahead without looking back,” the crowdfunding platform wrote in a blog post announcing the partnership. “By supporting the work of preserving and sharing cultural artifacts, we can inspire future innovators to keep making amazing things.”

The Smithsonian chose Kickstarter for its popularity and also for the support it was able to provide the museum in setting up the campaign, says Alison Mitchell, a public affairs specialist at the National Air and Space Museum.

The historic significance of the Armstrong campaign has resulted in a slew of emotional and appreciative responses from donors. 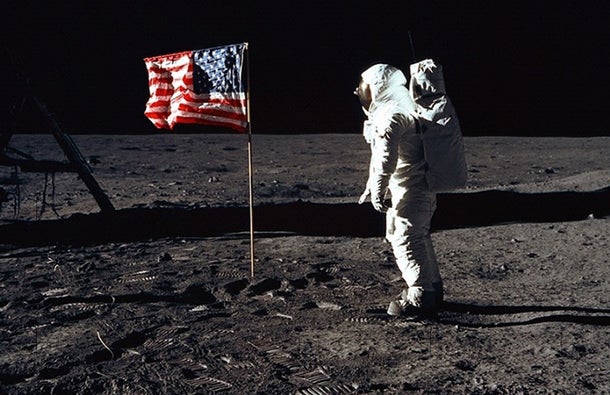 “Apollo 11 was quite possibly mankind's greatest achievement. For one priceless moment, the entire world was truly one,” wrote one donor in the campaign’s comments section. “I am more than happy to support the conservation of perhaps one of the world’s most valuable treasures.”

“Because we all have a dream. Because these three guys are and will remain my ultimate hero. Because what they and the Apollo team did is the greatest human achievement to date. Because education and bringing the dream to younger generation is our duty, I am proud to support this initiative!” wrote another. 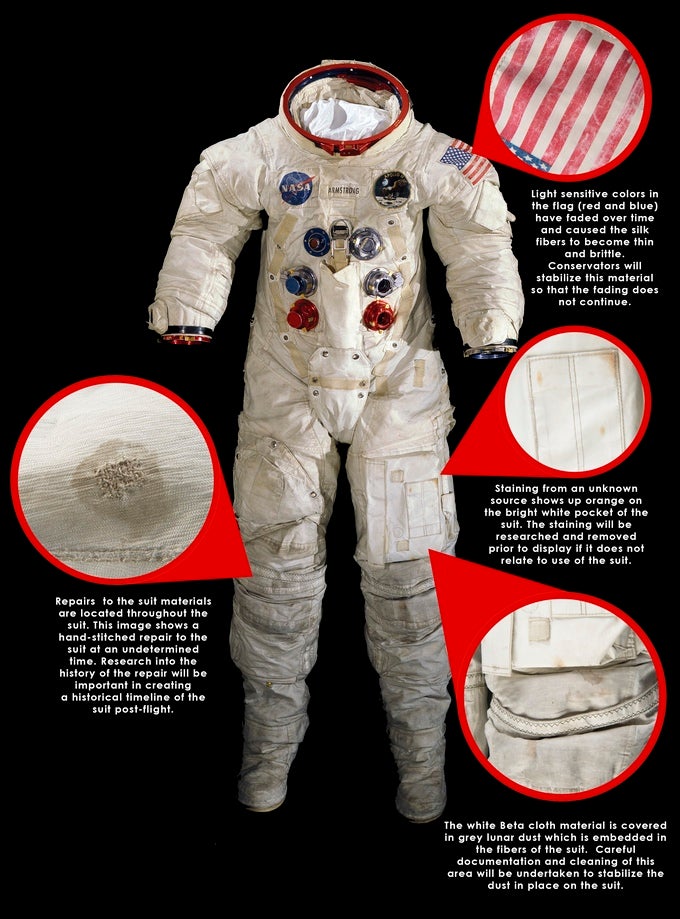