Even your best ideas mean nothing if no one listens to you.

Julian Treasure is one of the TED conference's most popular speakers and is a branding and communications consultant who works with companies like Nokia and the Waldorf Astoria. In his 2013 TED Talk, "How to speak so that people want to listen," Treasure explains the "Seven Deadly Sins of Speaking." They are common habits that turn an audience off.

We've broken down the bad habits you should avoid if you want to be an effective communicator. 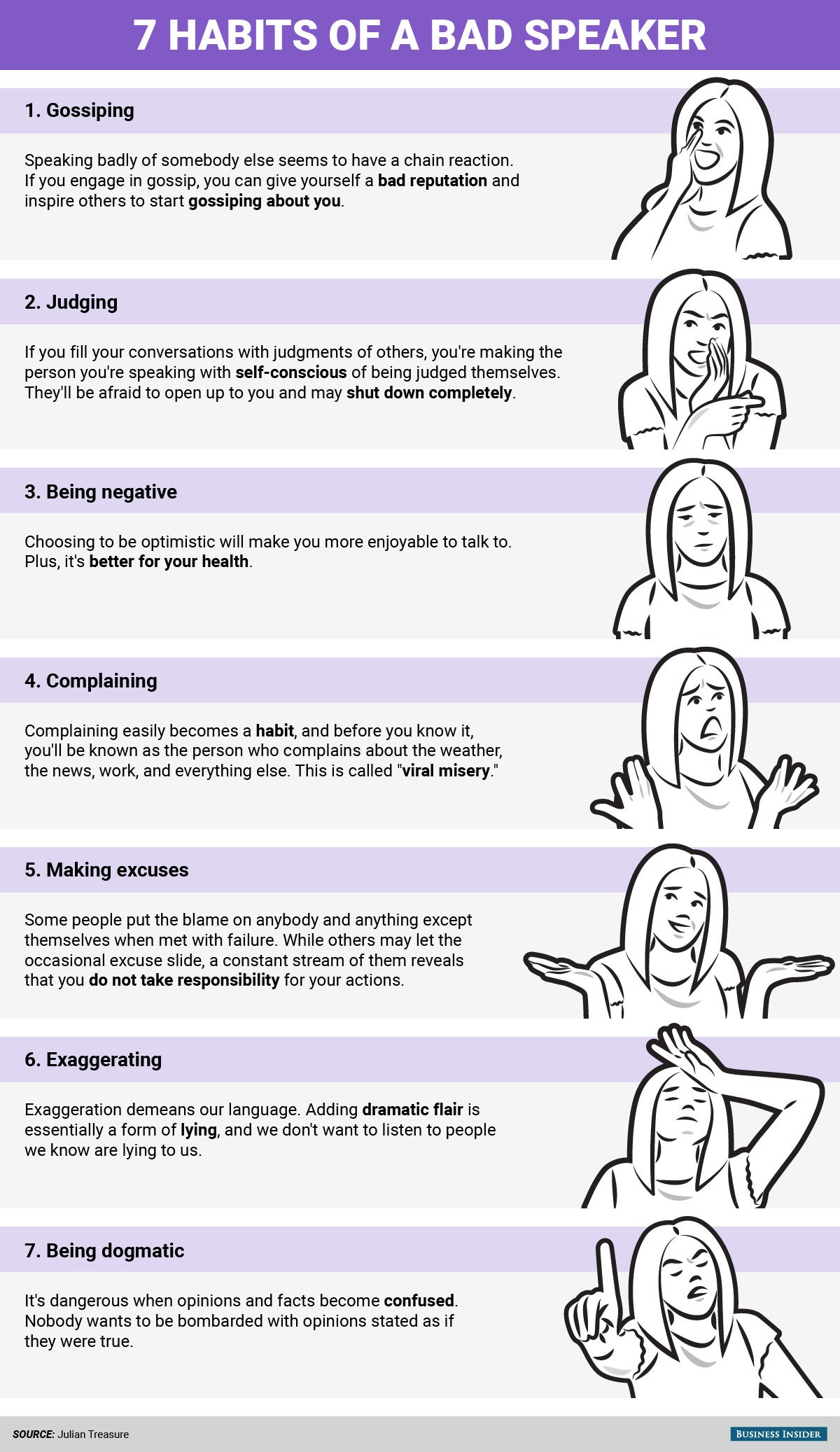