By Lyneka Little
May 4, 2012
Opinions expressed by Entrepreneur contributors are their own. 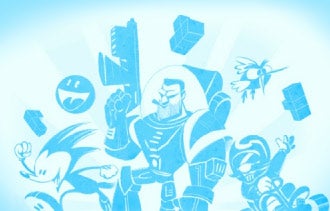 The news was recently filled with stories about social-gaming giant Zynga's $180 million purchase of OMGPOP, the maker of the Pictionary-like game "Draw Something." But for young entrepreneurial game developers, the real story may just lie in crowdfunding, a type of investment regime that asks for typically small amounts of capital from strangers.

Though posting a project on sites like Kickstarter, PeerBackers and Indiegogo won't soon deliver returns of $180 million to developers, the sites have helped companies land top-dollar pay outs. In recent weeks, games like Double Fine Adventure and Wasteland 2 have raised a combined total of more than $6 million from the masses.

What's more, a crowdfunding website focused solely on the videogame industry called Gambitious is set to launch in June at the E3 - Innovation Unveiled conference in Los Angeles. The gaming crowdfunding site will offer would-be investors equity in the projects. Investment amounts will start at roughly $26. Gambitious is expected to launch in Europe before launching in the U.S. in 2013.

Related: 8 Crowdfunding Websites That Will Help You Raise Funds

"The Gambitious crowdfunding model is the first of its kind, providing a new way for small and large investors to directly invest in a wide selection of promising game projects, taking home a share in any eventual profits from the venture, as opposed to merely acting as a donator," founder Paul Hanraets told YoungEntrepreneur.com.

Still, that may be a tough sell for many companies, says Jim Babb, co-founder of Awkward Hug, a game designer in Brooklyn, N.Y. "Gambitious is a really cool concept, but I'm not sure how it will perform," adds Babb who is also a consultant at Undercurrent, a New York digital strategy firm. "I think there are people in the indie community interested in equity stake but people that buy on Kickstarter are more interested in the project than the company. Those donors are people interested in supporting an artist or game."

That mentality is what inspired Double Fine Productions' 44-year-old founder Tim Schafer to launch a campaign on Kickstarter in Feb. Using the crowdfunding model, he says, helped him "democratize the process by allowing consumers to support the games they want to see developed and give developers the freedom to experiment, take risks and design without anyone else compromising their vision."

The money likely helped too. Within 24 hours of launching a Kickstarter campaign to raise $400,000, the San Francisco-based game studio topped $1 million. And, it didn't stop there. Double Fine raised more than $3.3 million from 87,142 backers by offering everything from the finished game to lunch with the developers.

Such high-dollar payouts may be heartening for aspiring game designers, but Babb adds that they're a rarity that young treps shouldn't bank on. "There are some really big [campaigns] that have just dominated," he says. "Those are flukes and they are due to celebrity and awesome ideas but I think most people can't expect to succeed at that."

But there's still hope, of course. Last Friday, the videogame project Shadowrun Returns, launched by Harebrained Schemes, a small game design shop in Bellevue, Wash., collected more than $1.6 million in donations 48 hours before the close of donations. Their stated funding goal was $400,000.