Many small businesses could save big bucks by taking advantage of a tax credit long popular with larger companies.

By Randy Myers Originally published May 30, 2012

This story originally appeared on Business on Main 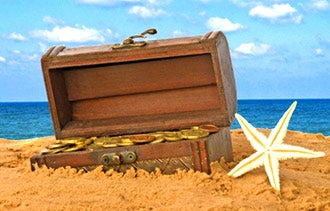 Each year, engineers at Minneapolis-based Third Wave Systems pile up hundreds of thousands of dollars in research and development expenses creating and refining software used in machining processes. It's only in the past few years, though, that Third Wave has been taking advantage of federal tax credits that allow it to recoup some of those expenses.

This is not an uncommon story. Home Automation Inc., a New Orleans-based developer of control systems for home electronics, similarly began claiming the credit just four years ago. It too now saves tens of thousands of dollars annually as a result.

Often, it's because accountants catering to small businesses simply aren't versed in the credit. Third Wave didn't start claiming it, says Chief Operating Officer Lisa Ferris, until it was approached by boutique consulting company Hull & Knarr LLP, whose accountants and engineers specialize in helping companies claim the credit. Since then, Third Wave has received credits ranging from $10,000 to $90,000 annually, not an insignificant amount for a company with 34 employees and annual revenue last year of just more than $6 million.

Qualifying for the credit
The Research and Experimentation Tax Credit, as it is formally known, was introduced in 1981 to promote innovation and jobs. While not permanent, it has been renewed by Congress most years since. It lapsed again on January 1 of this year, but Congress is widely expected to reinstate it retroactively, as it has done nine times previously. President Obama has called for making the credit permanent.

Qualifying for the credit became simpler in 2004 when the Internal Revenue Service eliminated some of its more restrictive language, making it easier for just about any company that employs engineers or outsources product testing to claim it, says Sean Haggard, a CPA with Kaufman Rossin & Co. in Boca Raton, Florida.

"As long as there is a development or improvement to a product which involves the elimination of uncertainty via an experimental process, it's now qualified R&D," Haggard says. "The key word is "experimentation.' If there's no uncertainty about what you're doing, it won't qualify."

There is one other big caveat, Haggard notes. The credit cannot be claimed for activities in "the humanities," such as running a restaurant or providing legal or accounting services. Your chef may tweak his turtle soup recipe, but the cost of his tweaking probably won't secure you a tax break.

Calculating your savings
How much can you save if you do qualify? There's a complicated traditional calculation, but both Haggard and Hull & Knarr steer small companies to the simpler "alternative simplified credit" formula, available since 2007. To use it, calculate how much you spent on qualified research expenses in the three preceding tax years, average those amounts, then multiply by 50 percent. That's your "credit base." Your actual credit equals 14 percent of any qualified R&D expenditures exceeding that base.

Here's an example. Let's say you averaged $50,000 in qualified R&D expenses over the past three years. That makes your credit base $25,000. You spend $60,000 this year, or $35,000 more than your base, and 14 percent of that amount yields a tax credit of $4,900. Typically, you can claim the credit in its entirety or amortize it over a period of 60 months. If your company is a startup and doesn't have three years of history, the credit is a flat 6 percent of qualified research expenses.

Haggard concedes that substantiating contributions individual employees make to qualified R&D can be a challenge. "We help companies set up simple mechanisms to record individual contributions on at least a weekly or monthly basis," he says. "It's actually pretty easy with engineers. According to the rules, as long as you can substantiate that 80 percent of an employee's time was spent on qualified R&D, you can use 100 percent of their time for purposes of claiming the credit."

Haggard often advises small-business owners to amortize the credits, especially if they're considering selling their company. Credits that can shelter future income enhance the value of the business for potential buyers, he says, and demonstrate legitimate, valuable research capabilities.

Many small businesses assume that claiming the R&D credit will increase their chances of being audited by the IRS, but Haggard disagrees. "It's largely a matter of whether your business and business code are indicative of having R&D expenses," he says. "For instance, if your code is accounting services and you're a CPA, the IRS is going to look at that code and conclude you're not manufacturing anything or selling anything besides a service, so you would typically not have R&D expenses."

If you think you generate qualified R&D expenses, keep tabs on congressional efforts to renew the R&D tax credit. It could help you pare this year's tax bill.

A former reporter for The Wall Street Journal and Dow Jones and contributor to Barron's, Randy Myers is a contributing editor for CFO and Corporate Board Member magazines.

Here are three key steps to building a brand that stands out.

Mason Stonehouse of Chesterfield, Michigan, grabbed his dad's phone and treated himself to chicken sandwiches, ice cream, and more.