By Kate Taylor
May 4, 2017
This story originally appeared on Business Insider

KFC just published its first romance novella -- starring none other than Colonel Sanders.

To celebrate Mother's Day -- the chicken chain's bestselling day of the year -- KFC published Tender Wings of Desire, a novella following the love affair between Lady Madeline Parker and Colonel Harland Sanders. The book can be downloaded for free on Amazon, and KFC is giving away 100 hardback copies to fans on Facebook.

"The only thing better than being swept away by the deliciousness of our Extra Crispy Chicken is being swept away by Harland Sanders himself," George Felix, KFC U.S.'s director of advertising, said in a statement. "So this Mother's Day, the bucket of chicken I get for my wife will come with a side of steamy romance novella. Dinner is taken care of and she'll have the time to escape her busy schedule."

Of course, no one reads romance novels for the plot. Instead, it's all about skipping to the "good parts," if you know what we're saying.

KFC stops short of any X-rated material, but here are the sections of the novella worth returning to.

We meet the Colonel 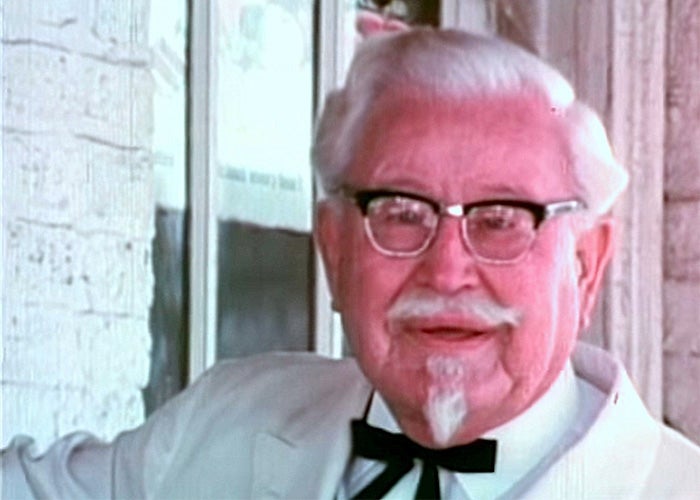 The Colonel makes his first appearance almost halfway through the novella. At this point, Lady Madeline Parker has run away from her family, refusing to marry a rich duke, and begun working at a tavern frequented by sailors. One familiar-sounding sailor catches her eye:

"He was tall, dressed like a sailor with a striped linen shirt and woolen peacoat crusted with sea salt. His hair was light and fair, framing his head in airy curls, and the eyes that stared back at her were almost the exact color of the sea, perhaps darker, but not by much, and they hid behind glasses with dark frames.

Madeline had never seen a sailor wear glasses before; somehow it made him seem all the more handsome. He leaned on the bar, his eyes looking into hers and liking what they saw... For a moment she felt hot and cold at the same time." 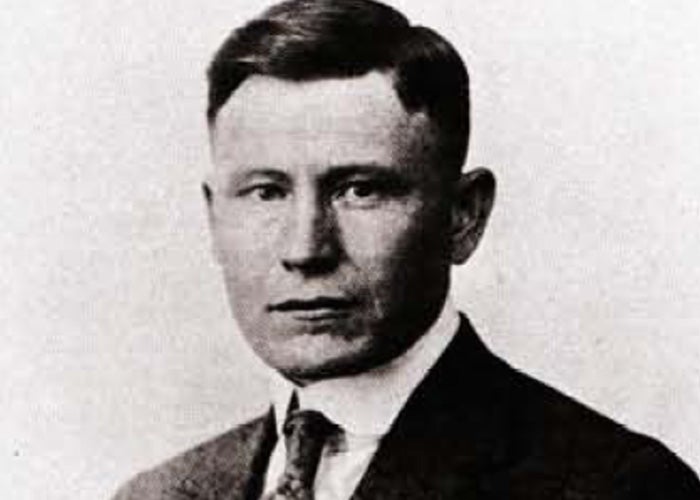 Madeline and Harland Sanders are immediately taken with each other. Despite Madeline's friend's warnings of the dangers of unreliable men, the two go for a walk. One thing leads to another, and:

"It was electric. It was everything, and whatever sickness Madeline believed she had from her infatuation with him melted away at the touch of his lips. Her entire body felt as thought it were on fire, her heart beating wildly in her chest. He felt so warm, and his arms circled around her wait to pull her closer.

This was the closest she had ever been to a man, and she would not want it any other way. She felt as if she were a woman on fire, feverish in the best way possible, and something seemed to take her over when he deepened the kiss." 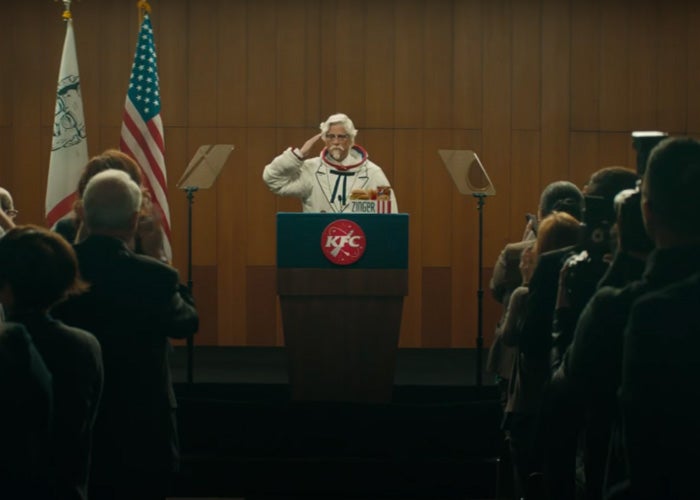 Immediately after the kiss:

"She was breathless as they parted, and as she looked up at him, she saw an entirely new and strange aspect of her future unfold. Unfettered by the life that was expected of her, she was technically unfettered from he expectations of her place in society. No longer did she have to maintain her modesty; on the contrary, she was free to be with whomever she desired, regardless of whether they were going to end up being her husband.

...Now, as she stood panting and looking upon this man, she realized that if she were so inclined, she could make him her love." 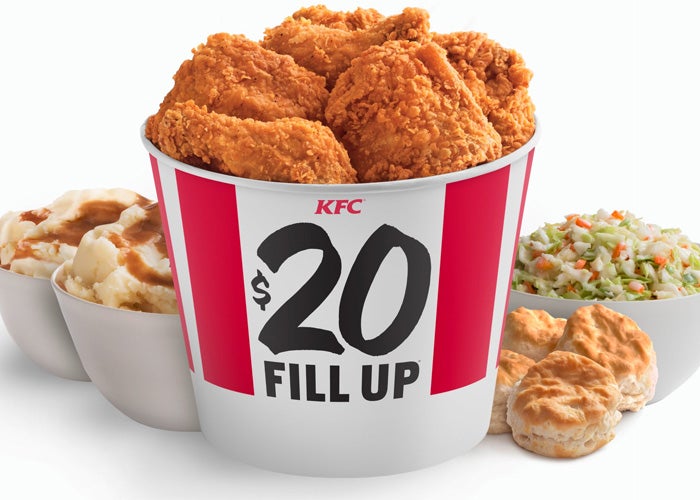 The $20 Fill Up, the family-friendly dish the novella is meant to promote.
Image credit: KFC

The first night together goes well, with Madeline coming to terms with the fact that she was "a woman who had embraced an attraction to a beautiful man." And, that's far from the end of Harland...

"To call their affair passionate was an understatement.

Sometimes it seemed as though the two of them had been made to love each other, and they tried to do so at every given opportunity. Their eyes would meet the instant he walked into the tavern, as if they could feel each other. In that instant, a spark would light and quickly grow into a raging inferno deep within them.

They were so consumed that it took every ounce of their restraint not to give into the first right then and there. The flames would continue to rage throughout the night until the fire was too much, and at last they could let it engulf them." 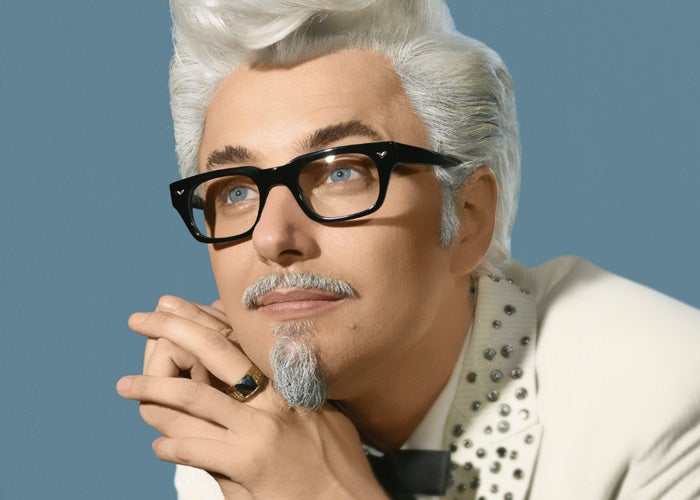 Finally, Madeline realizes Harland isn't quite who she thought he was. He's no sailor... he's Colonel Sanders.

"'Yes, I'm a Colonel. Yes, I'm fabulously rich. I am a magnate of the restaurant industry, my dear, the king of an empire that I built with my bare hands. I took a sabbatical from my duties in order to see the world, see what else could possibly be out there, and on the course of my journey I found what I was looking for.'

Her heart fluttered wildly in the space of his pauses. In spite of everything, she found herself hanging on his every word.