Most grocer sites ask if you'd like some toilet paper with your carrots. Halla employs AI to recommend products that make sense.

Not many people buy their groceries online -- only about 3 percent of all food purchases are made through the internet, according to a report by Deutsche Bank. But those rates will steadily increase over the coming years, according to analysts, and one area of online grocery shopping needs significant improvements: product recommendations.

Many grocers don't even offer product recommendations. But when they do, they tend to suck. For example, peruse the biggest two players in grocery ecommerce now and they'll recommend the following to go with your egg purchase: chunk chicken breast and vienna sausage (Walmart) avocados and milk (Amazon). The latter is a bit better, but it stands to reason that most people would buy bread, cheese or flour with their eggs. With a product such as almond milk, both sites just suggested other brands of almond milk.

Related: 'Influencer Fraud' Costs Companies Millions of Dollars. An AI-Powered Tool Can Now Show Who Paid to Boost Their Engagement.

Recommendations provide a big boost for online retailers, according to a 2017 Salesforce study, which said that recommendations drove 24 percent of orders and 26 percent of revenue. That means that if grocers don't improve recommendations before online shopping rates increase, they'll potentially lose out on business and customers won't have the smoothest possible experience.

Most grocery recommendations aren't recommendations at all but aggregations of products people commonly bought together, or just similar products. That's why bananas are almost always recommended -- people tend to buy them on every shopping trip. 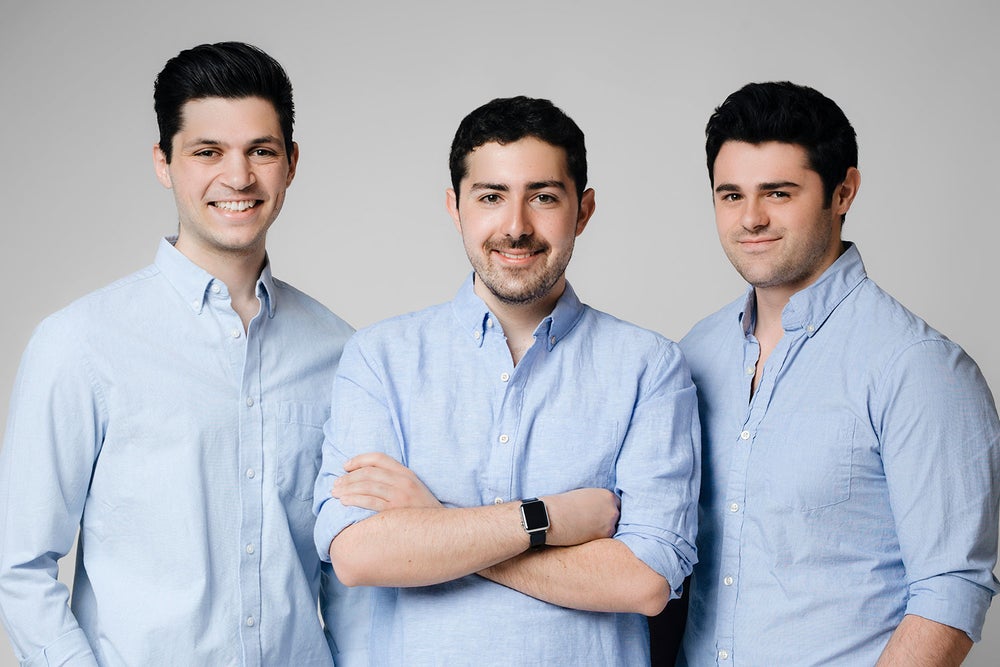 The trio originally envisioned Halla as a restaurant delivery service but soon realized the space was too competitive. But they had already fed their algorithm with the descriptions of more than 18 million restaurant dishes -- essentially, they were shopping lists. Eventually, the system would also be fed with more than 100,000 unique food products, more than 350,000 recipes and more than 100 million grocery transactions, as well as ingredient, nutrition and gastronomical data sets.

Halla pivoted to online grocery shopping, "to help [retailers'] fight the war against Amazon," as Michaelson put it. He added, "Food is so special, unique and deeply human, that we think that it's far more than what Amazon can do when they also sell your iPhone charger."

The Halla co-founders gave Entrepreneur an inside look at their platform. When Nipote added an item such as ham to an imaginary cart, the algorithm smartly suggested cheese and bread. The recommendations it generated looked like a shopping list sent by your partner (or parent). Halla also accounts for your purchase history, so if you prefer certain brands or eat a plant-based diet, it will recommend products accordingly.

The Halla trio are currently running private betas with large grocers and a public trial with Green Zebra Grocery in Portland, Ore. They've so far raised $1.9 million, most of which came from a $1.4 million seed round in May. Halla's business model will be similar to other B2B platforms, allowing customers to use its API then earning a fraction of a penny every time recommendations are generated. It may also sell insights based on the data (which the co-founders say is anonymized) it generates. For example: It discovered Green Zebra customers bought a specific CBD bar with a certain kombucha. That's the type of insight that retailers could leverage to boost sales of both items.

Related: There's a Massive Gender Gap in AI, but Tech Education Programs for Young Girls Aim to Close It

"Amazon has really changed the shopping experience such that it's removed shopping from the experience. It's not about discovery, inspiration and engagement," Price said. "We think that there's a lot of room to bring shopping back, especially to ecommerce. That's what we did by dynamically profiling human taste to help people make better choices."