President Trump will surely be interested to hear about Luckey's alternative wall that doesn't involve building an actual wall.

By Matthew Humphries
June 5, 2017
This story originally appeared on PCMag

Palmer Luckey's name will always be associated with virtual reality, his $2 billion fortune from selling Oculus Rift to Facebook, and subsequent departure following the controversy surrounding secretly bankrolling a group circulating anti-Hillary Clinton propaganda. But that's all behind him now, and his new focus is on technology for defense.

Having $2 billion to play with means you can do whatever you like, or nothing at all. We haven't heard much about Luckey since March, but The New York Times discovered what he is spending his time doing, and it's sure to be of interest to President Donald Trump.

Rather than finding a way back into virtual reality, Luckey has instead decided to focus on surveillance technology for defense, with a particular focus on LiDAR (light detection and ranging). Today, LiDAR is the method by which self-driving cars sense their surroundings. Luckey's new startup wants to take LiDAR and tweak it to act as a new form of surveillance device.

Luckey confirmed his new focus in an email to The New York Times, which stated, "We are spending more than ever on defense technology, yet the pace of innovation has been slowing for decades. ... We need a new kind of defense company, one that will save taxpayer dollars while creating superior technology to keep our troops and citizens safer." 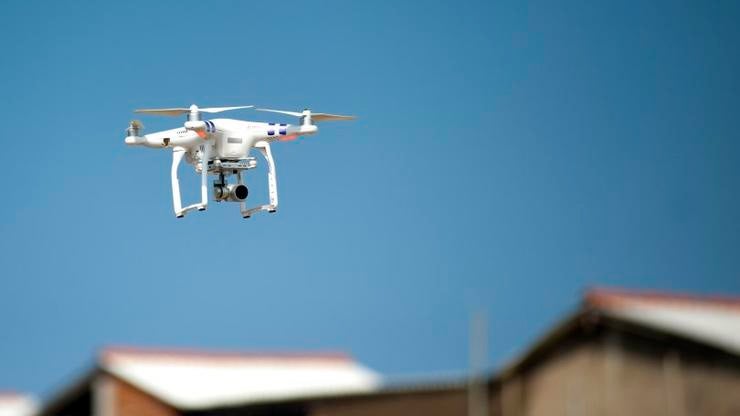 Protecting a border or military base requires the ability to react to a range of threats. Luckey believes LiDAR can be enhanced to detect what is and isn't a threat, and be set up as a defensive wall without actually having to build a wall. A real wall may stop a person or vehicle, but it won't stop a drone, for example. But how do you tell if it's a drone or just a bird?

LiDAR devices mounted on telephone poles will be able to intelligently detect what is and isn't a threat, be it on the ground or in the air. Set up a chain of these sensors and you end up with a line of defense that can report back in real-time to a defensive HQ, be that a border guard, military installation or government office.

For now, Luckey's company is self-funded, employs a handful of people and works out of a warehouse in southern California. Apparently Peter Thiel is preparing to invest in the company through his investment company Founders Fund. If the funding is there and the idea is sound, Luckey and Thiel may end up giving President Trump the wall he promised, only in a form no one expected.